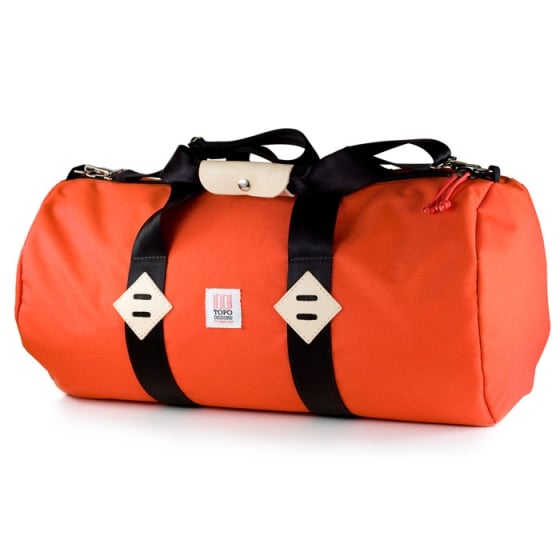 Topo Designs is a fantastic little company based in Colorado, right on the foothills of the Rockies. They’re known for making highly durable gear that’ll likely outlive modern civilisation, meaning it should be able to handle the sociopathic baggage handlers at JFK without breaking a sweat.

This is their Duffle Bag, it’s made from 1000d Cordura and has a detachable shoulder strap, zipped interior pockets and a soft but durable leather handle. Check it out here via their webstore.