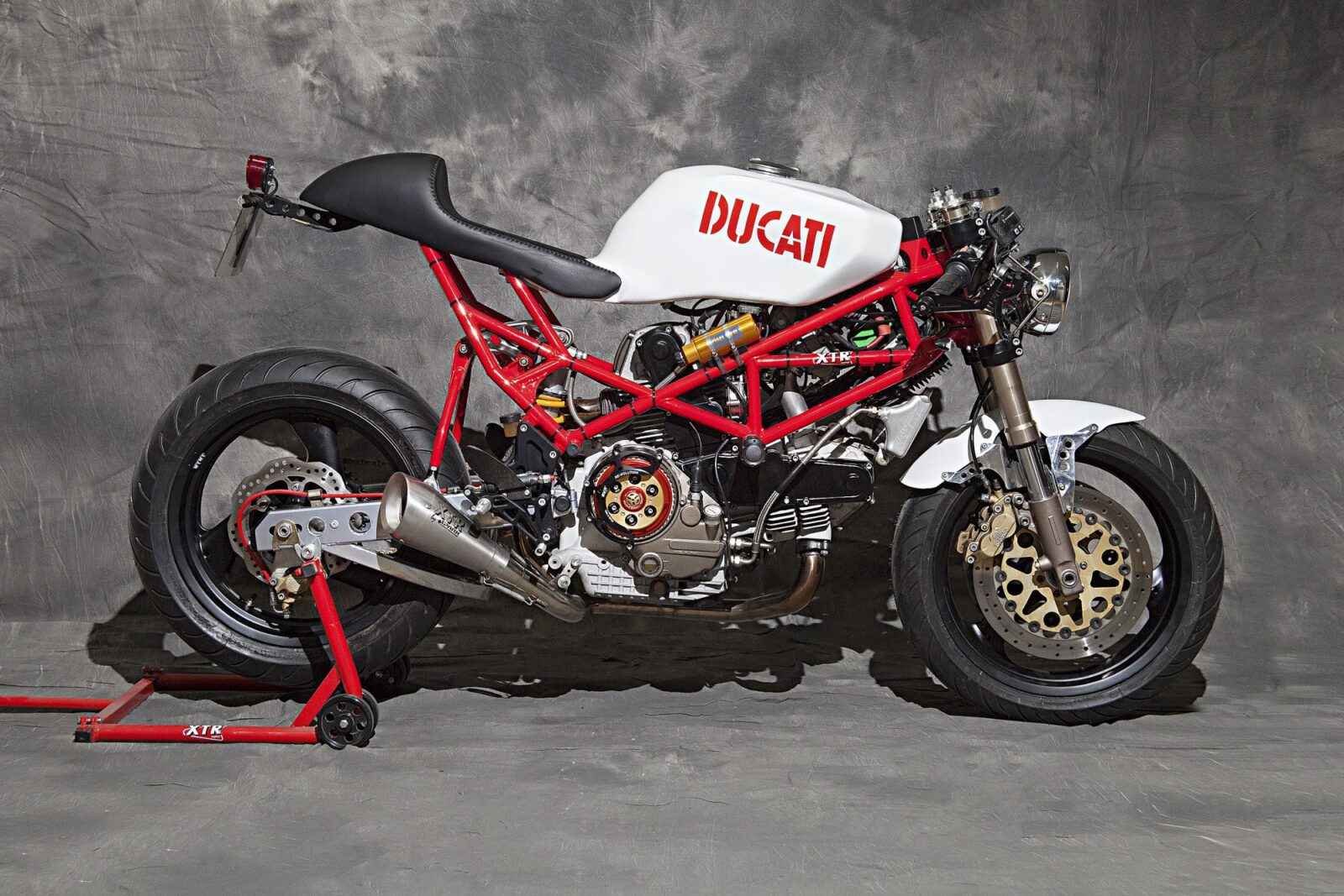 This new Ducati by XTR Pepo is a chimera of sorts, much like the creature from Greek mythology it’s composed of parts from multiple other creatures – in this case a 1994 Ducati Monster 750, a Ducati 900SS, and a Ducati 749.

XTR Pepo is a Madrid-based custom garage run by Pepo Rosell, you may have encountered his work previously from his former enterprise – Radical Ducati. Pepo is one of the pre-eminent custom Ducati builders in the world, and each of his creations is characterised by its exceptional engineering – Pepo builds bikes to go faster, not just to look good sitting outside the cafe.

This build started life as a bone-stock 1994 Ducati Monster 750, but it didn’t stay that way for long. An engine from a Ducati 900SS was sourced, then torn down and rebuilt with a higher compression ratio, ported heads, a lightened flywheel, and an EVR anti-hooping clutch.

This new engine was then fitted to the modified Monster frame, with a front-end also from a Ducati 900SS. The fuel tank is a modified Ducati 749 unit, and it was modified slightly to make room for the twin Keihin FCR 41 carburettors.

The swing arm also needed some tweaking, and an Öhlins monoshock was swapped in for the old Monster unit. A SuperMario two in one exhaust system was used, and an Aviacompositi gauge was used up front to let the rider know just how far over the speed limit they’re going.

If you’d like to see more from XTR Pepo you can click here to visit the official blog, and see some of Pepo’s previous other worldly creations. 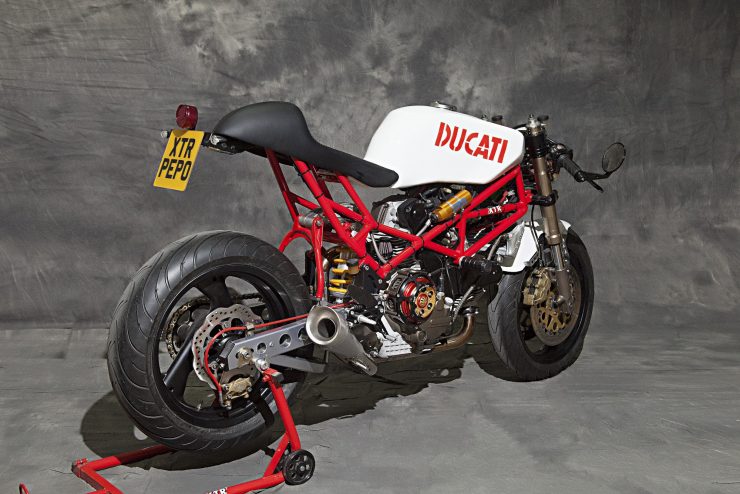 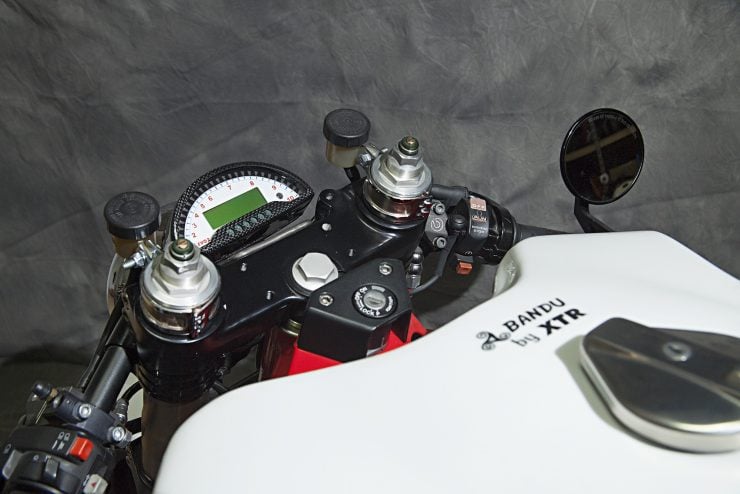 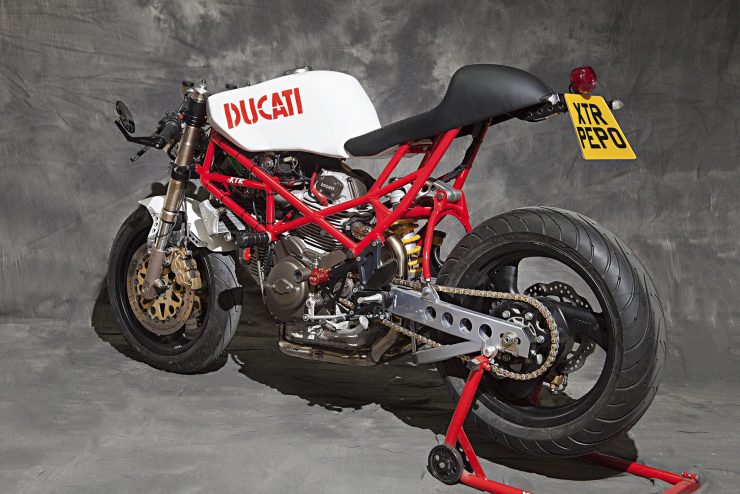 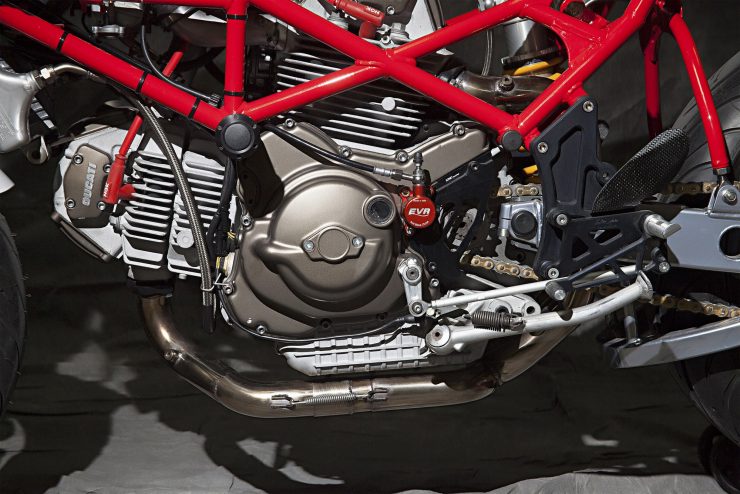 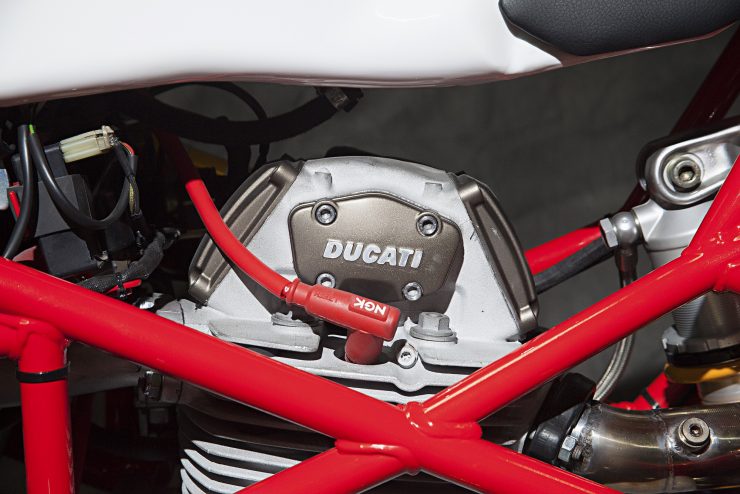 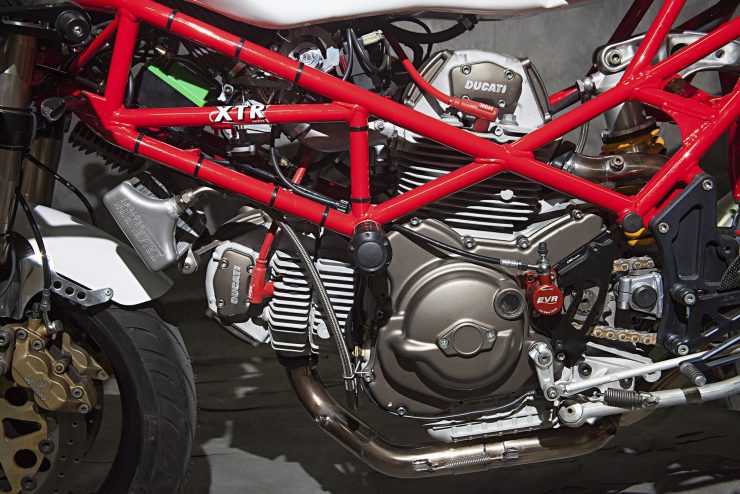 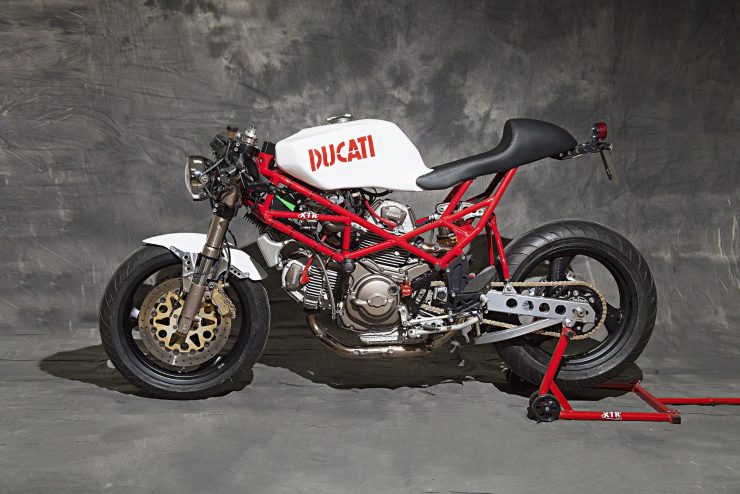 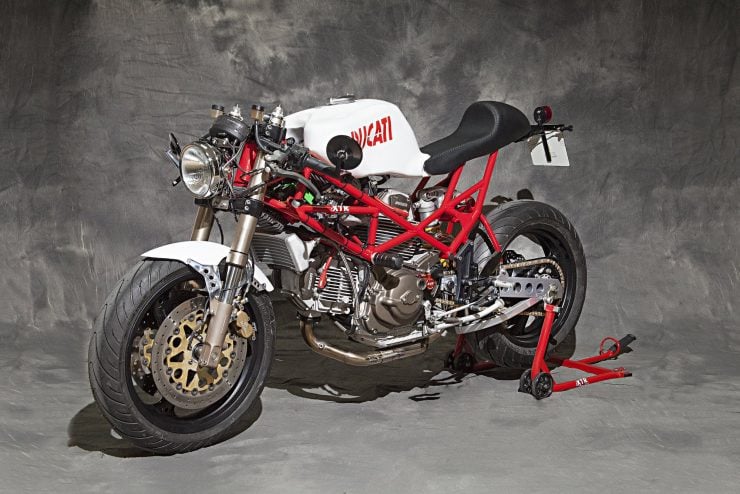 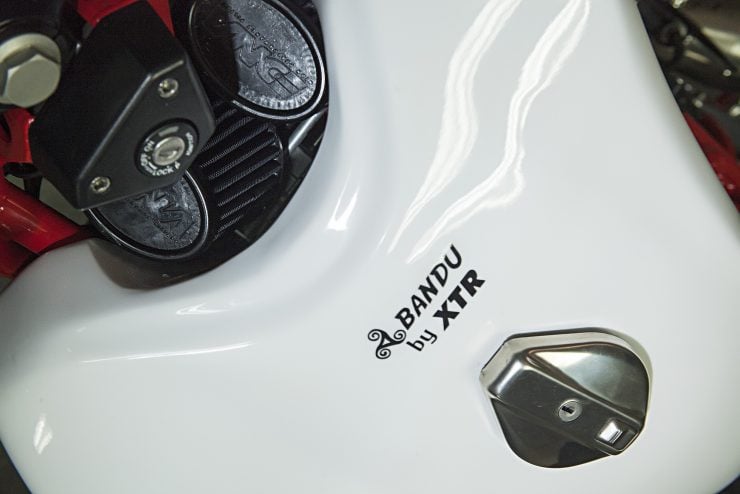 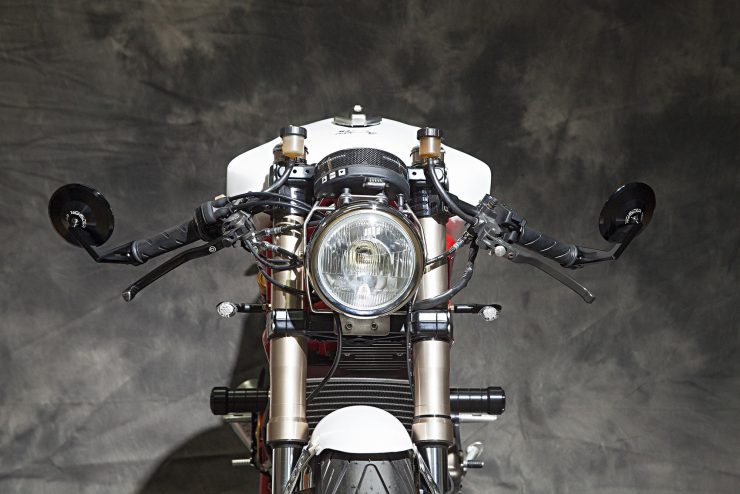 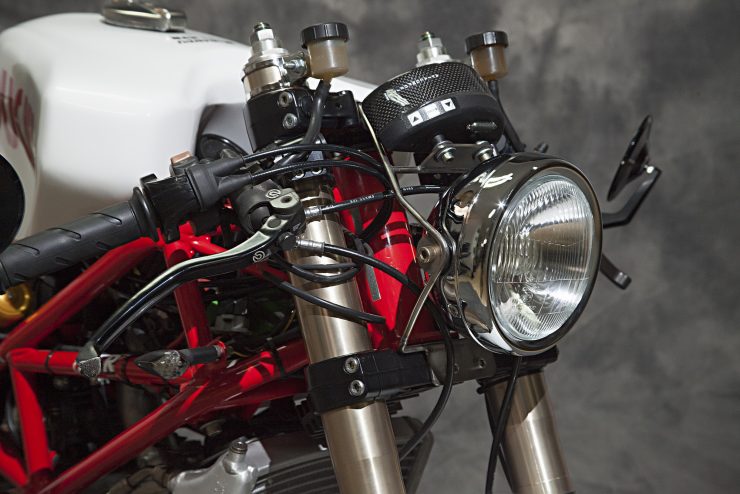 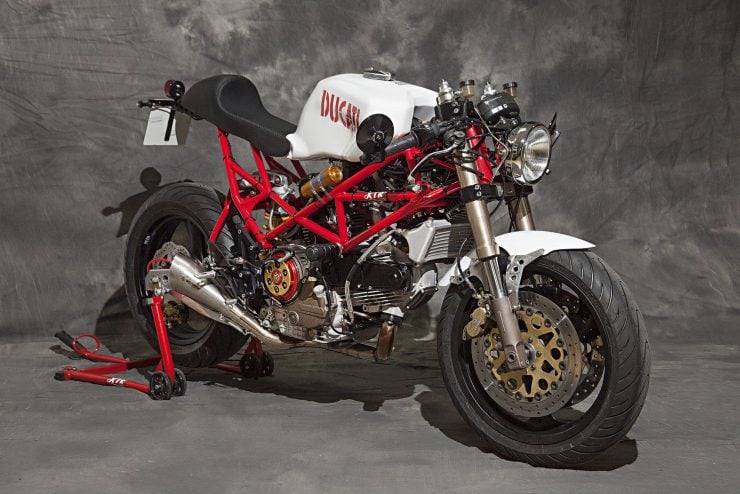 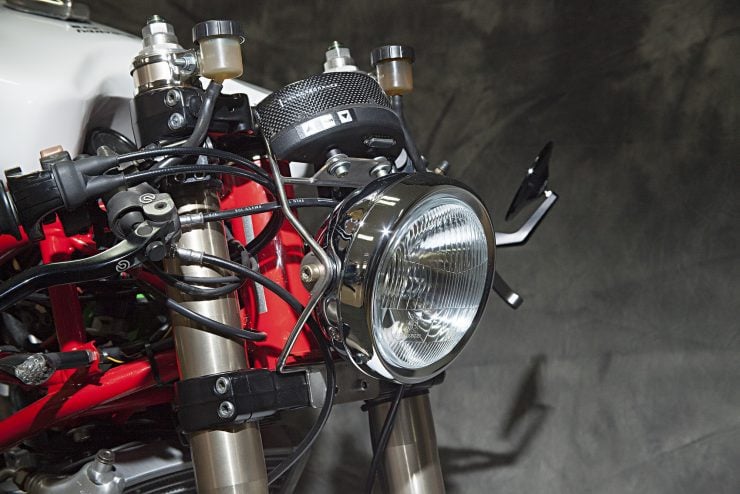 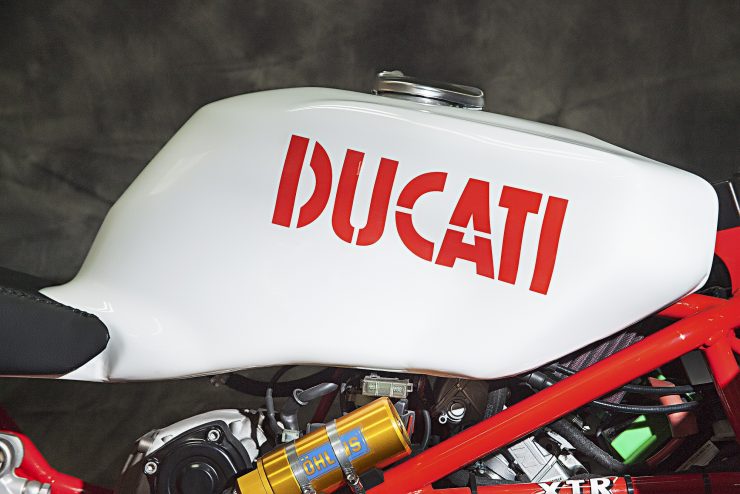 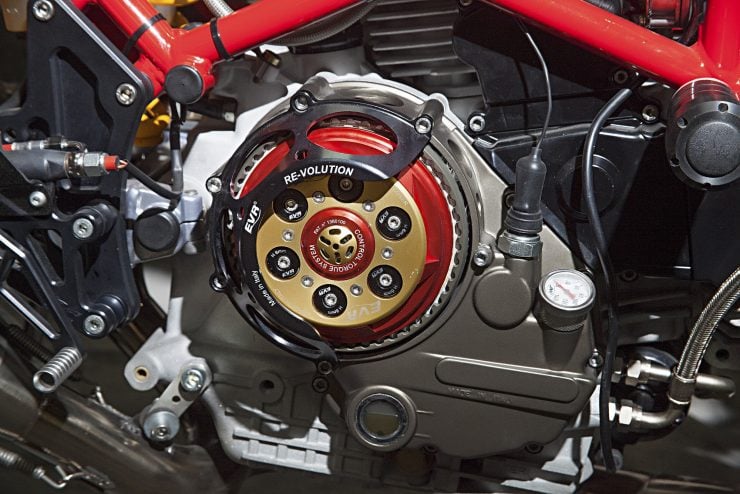 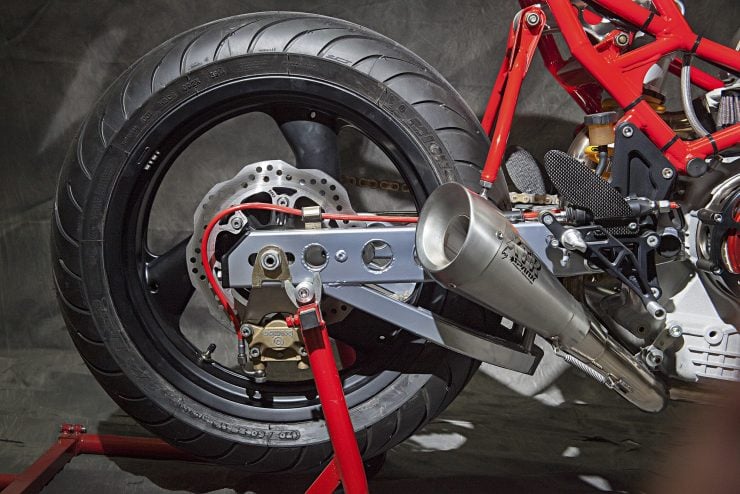 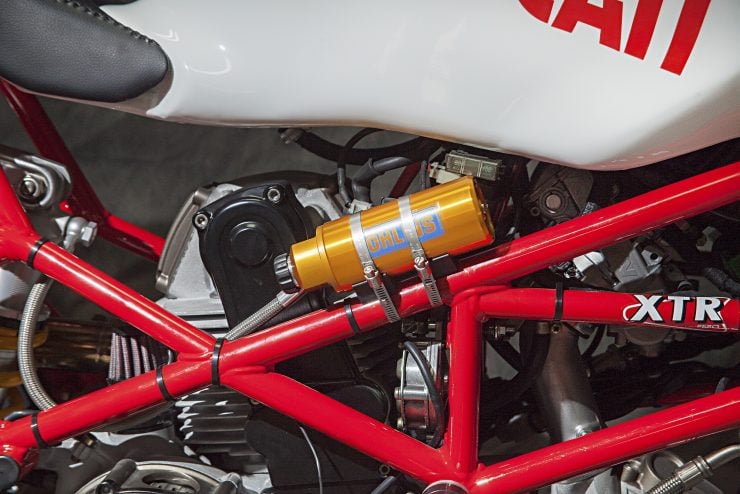 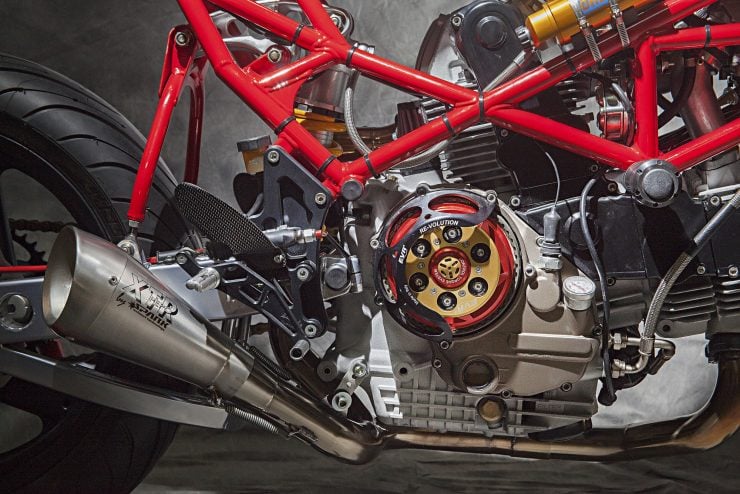 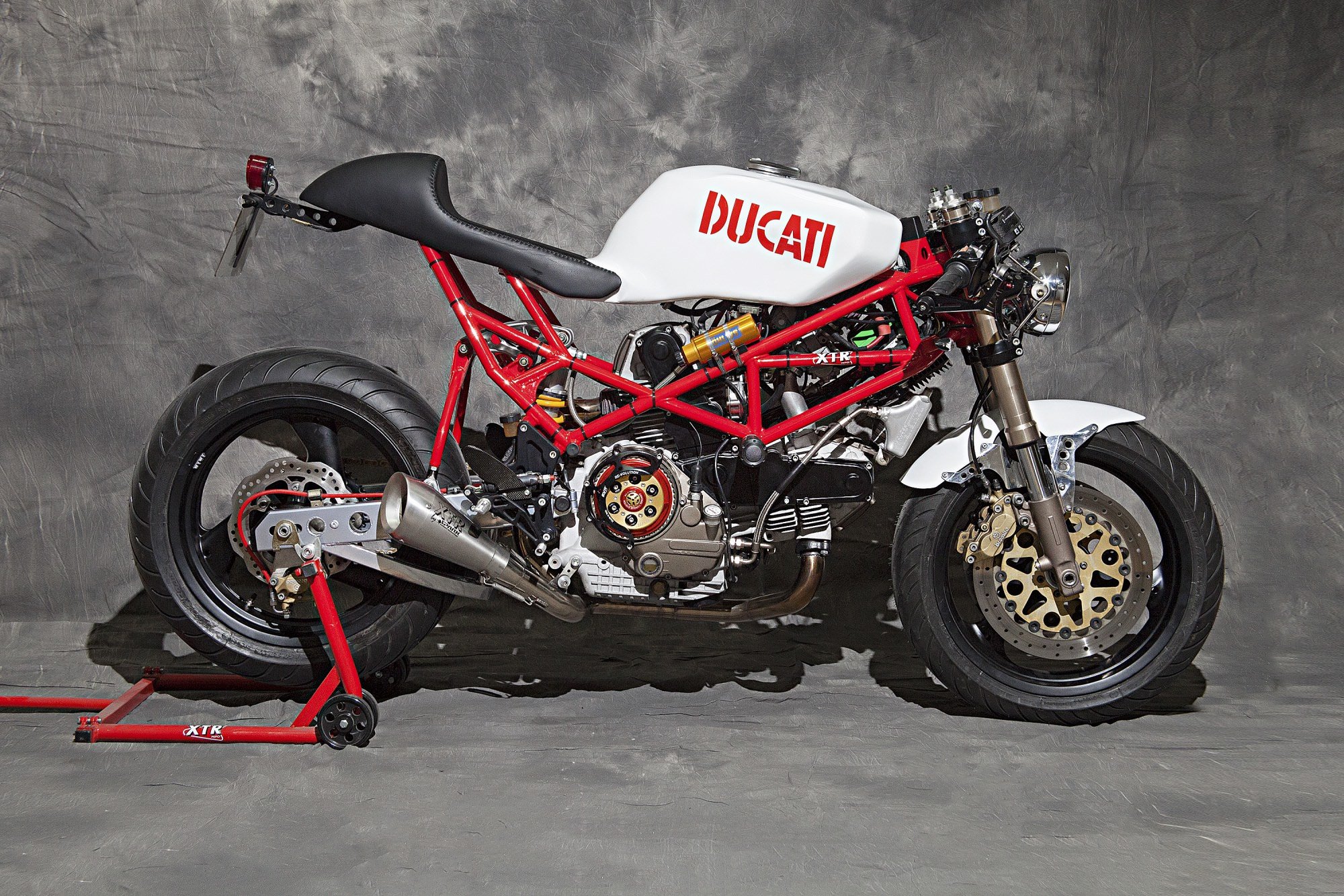 This is the Honda US90 ridden by Sean Connery in the film Diamonds Are Forever, in one of the most famous chase scenes in…