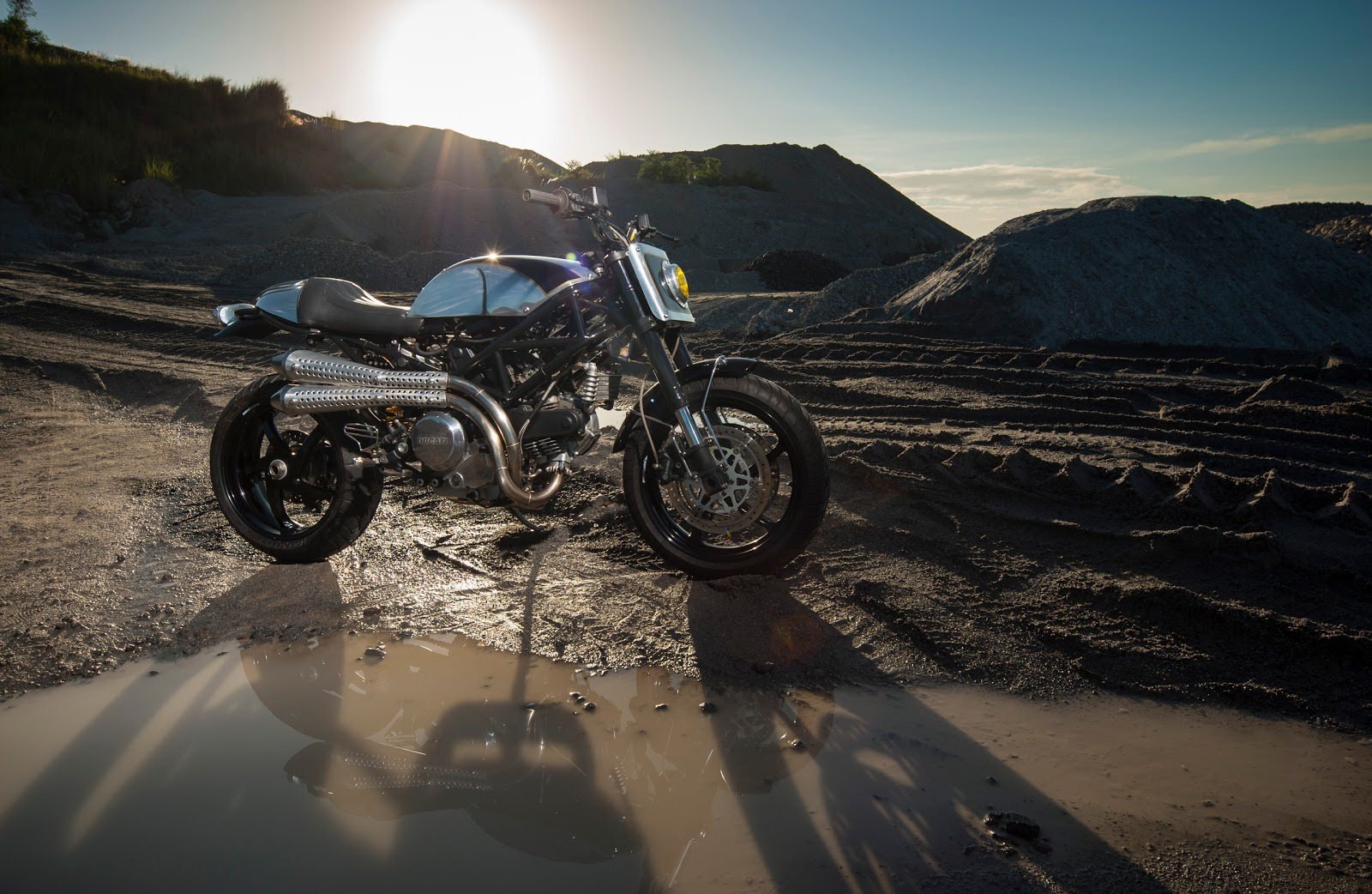 Benjie’s Cafe Racers is an Italian custom motorcycle workshop run by Benjie Flipprboi, he’s a man who has gained no small amount of respect in recent years by building wildly imaginative custom motorcycles with a strong function-before-form aesthetic. That said, the form side of things is hardly wanting.

The custom Ducati you’re looking at here started life as a slightly boring Ducati Monster 800, it was ridden for a few months as it was before Benjie and his team pulled out the wrenches and began work.

The first order of business was removing the fuel tank, Ducati use the tank on this model to hide the battery and airbox, as well as hold the fuel, so it’s a little on the large side. It was decided that in order to have a fuel tank over 2 gallons in size and still keep the narrow tank required by a flat tracker, the fuel would have to be moved to under the seat.

A custom tank was fabricated to carefully fit under the seat behind the engine, they managed to get the volume up to just under 4 gallons whilst also lowering the centre of gravity. The tank you see on the bike here is now essentially a cover for the airbox and battery, although the fuel filler keeps its original position.

Almost all of the new parts you see on the bike are made in-house by Benjie and his team, and their attention to detail is impressive. If you scroll down 9 images you’ll see a close-up of the foot pegs, shifter and foot guard you’ll note that they’re all designed to match, and they were all fabricated specifically for this build.

Rather than keeping the stock headlamp, a new aluminium plate was made to evoke the style of the racing numbers used on original flat trackers, a small yellow headlight has also been added to keep the bike road legal. One of the most arresting features of most flat trackers (including this one) is their swept up exhaust pipes on the right hand side, they’re positioned on that side to avoid damage if the bike should be low-sided by the rider, as almost all flat track circuits turn left.

If you’d like to read more about this bike, or see more of the builds from Benjie, you can click here to visit his official website. 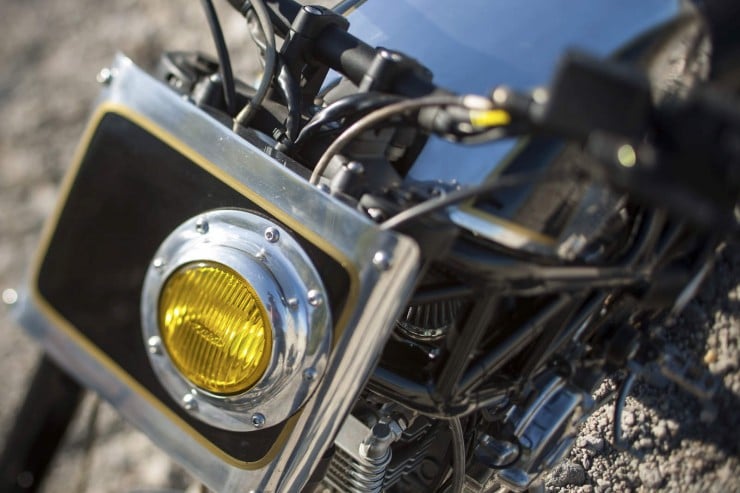 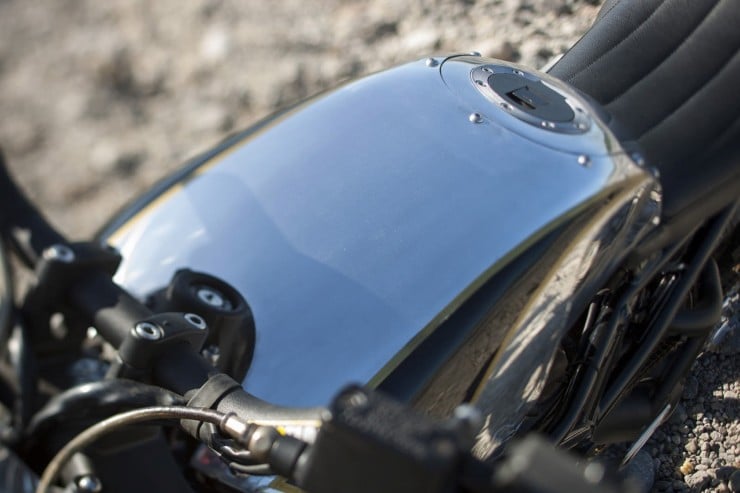 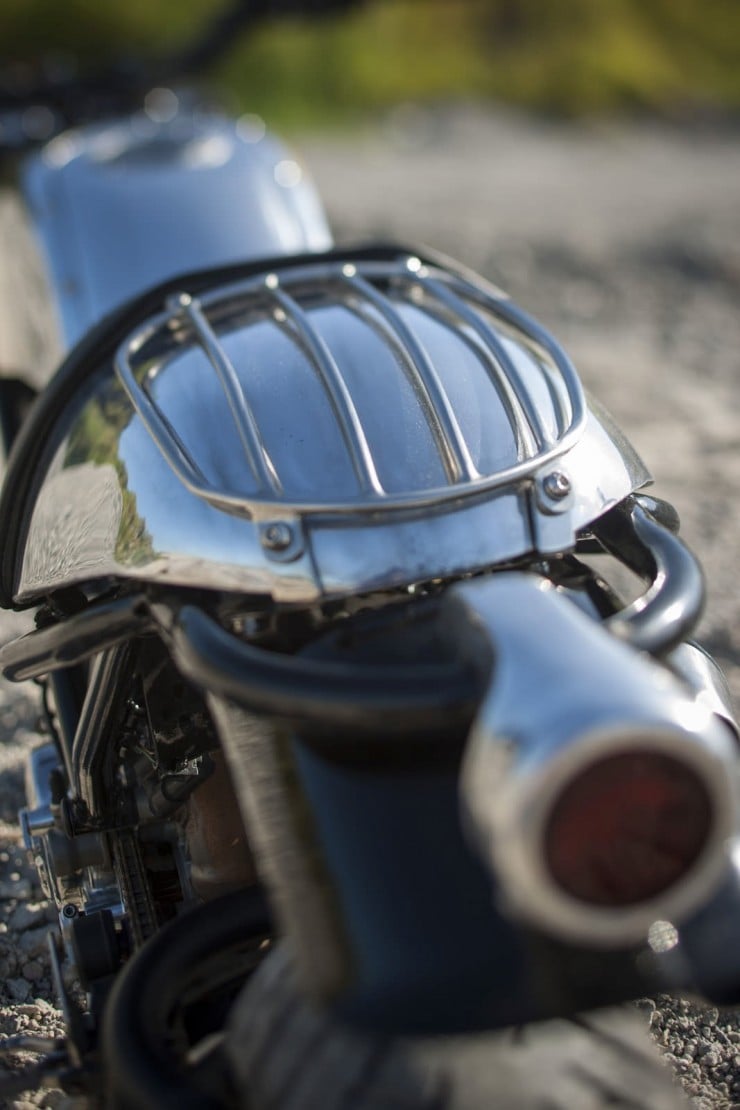 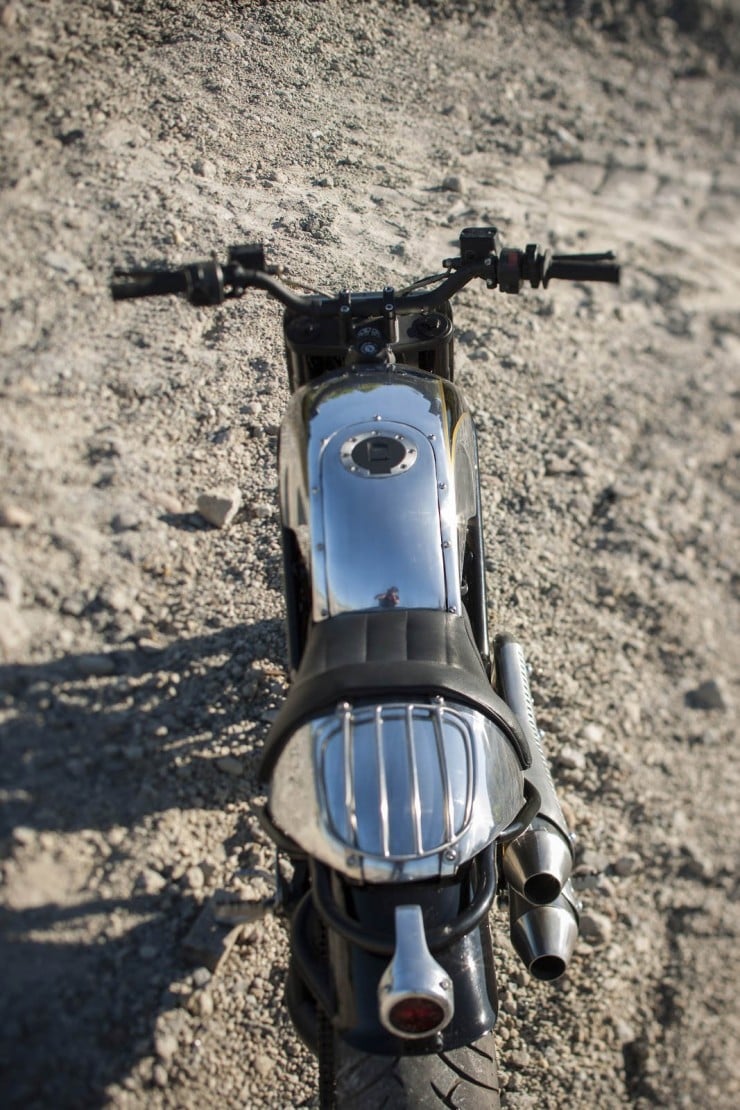 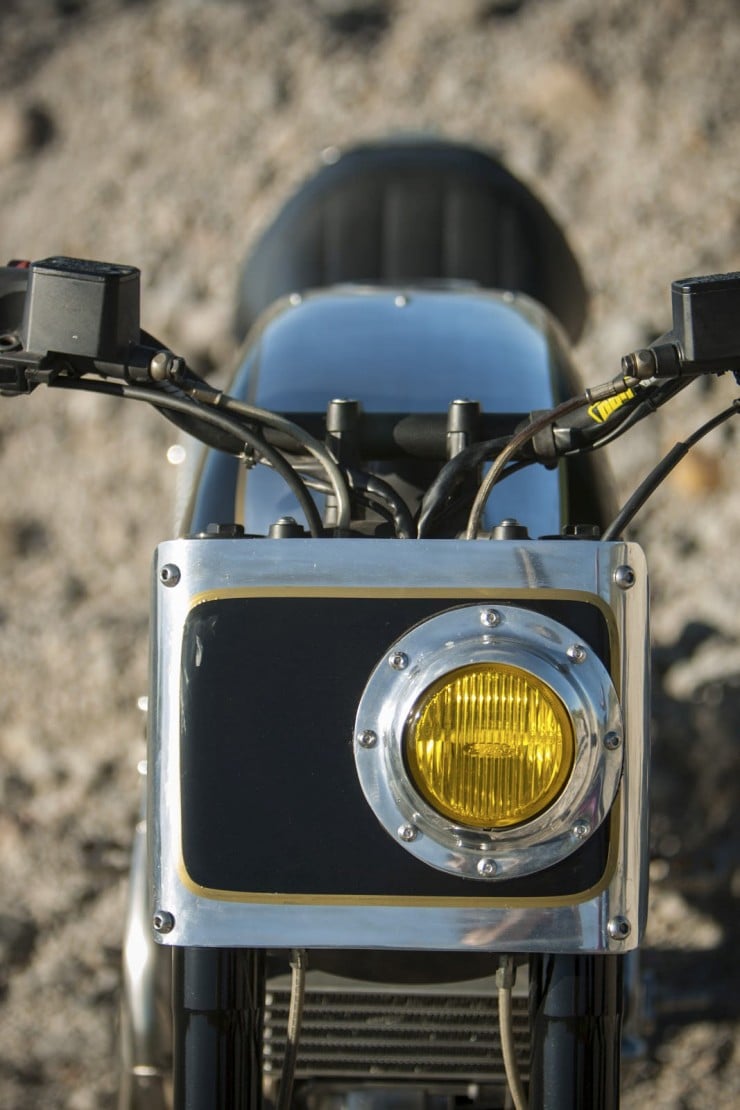 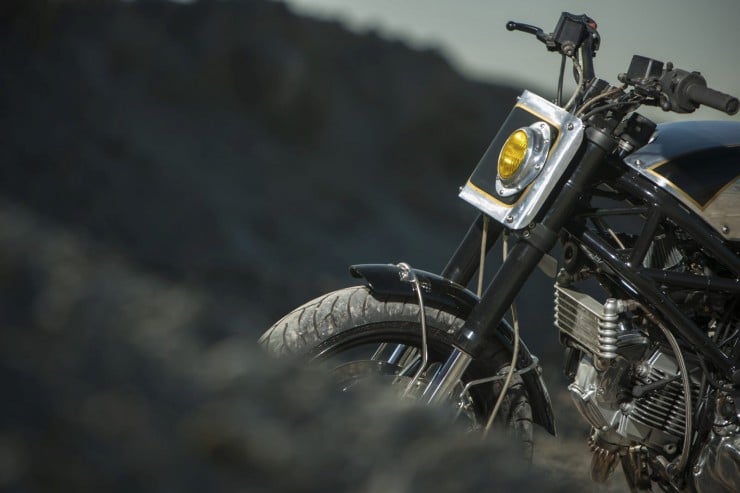 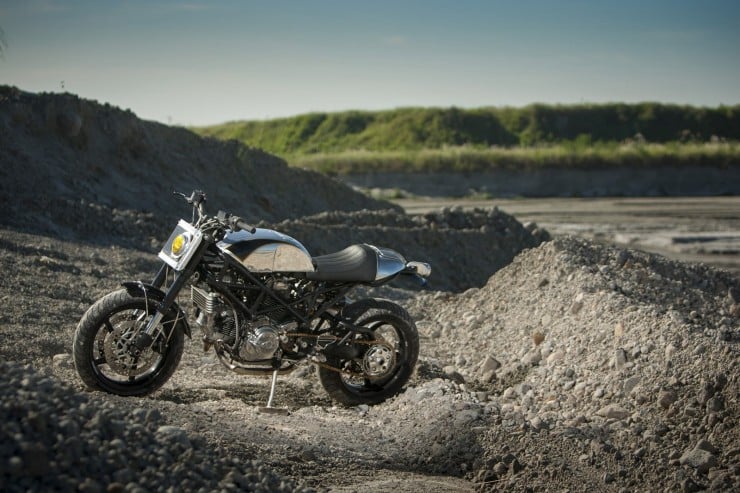 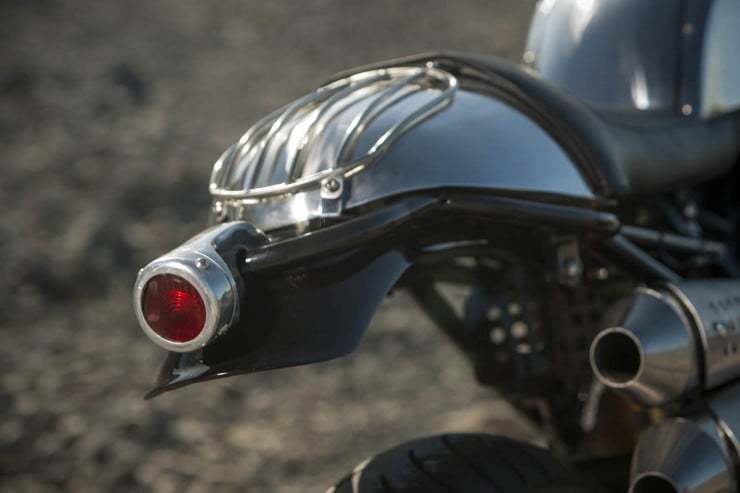 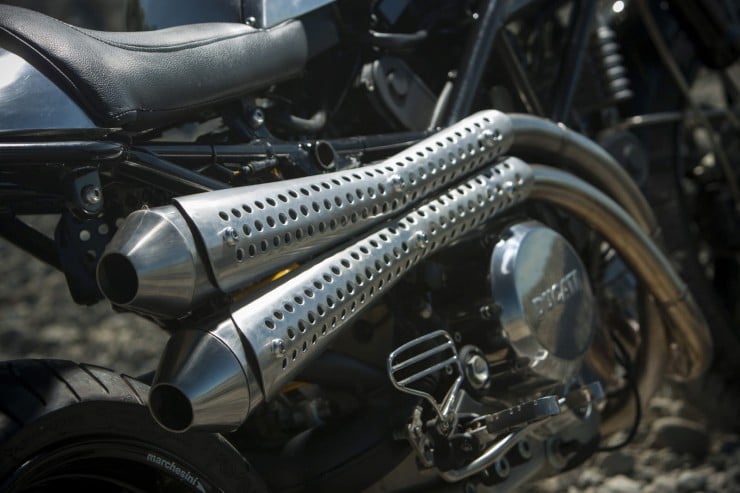 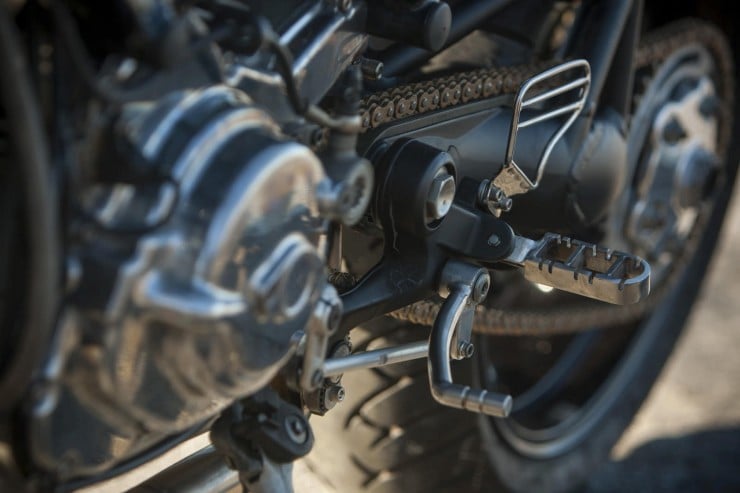 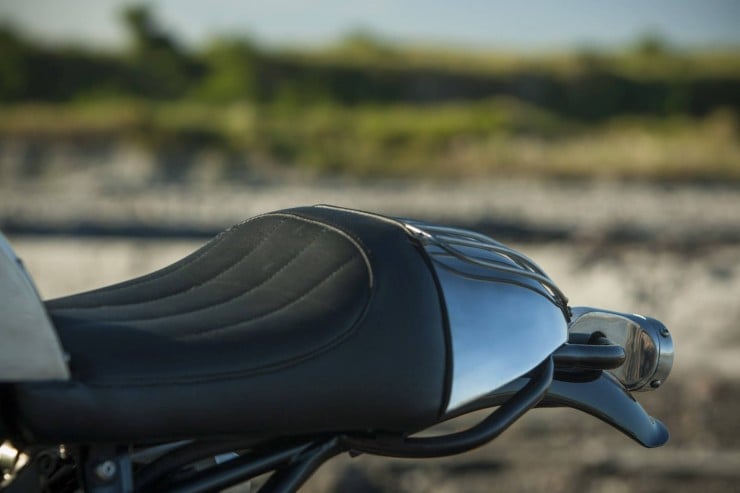 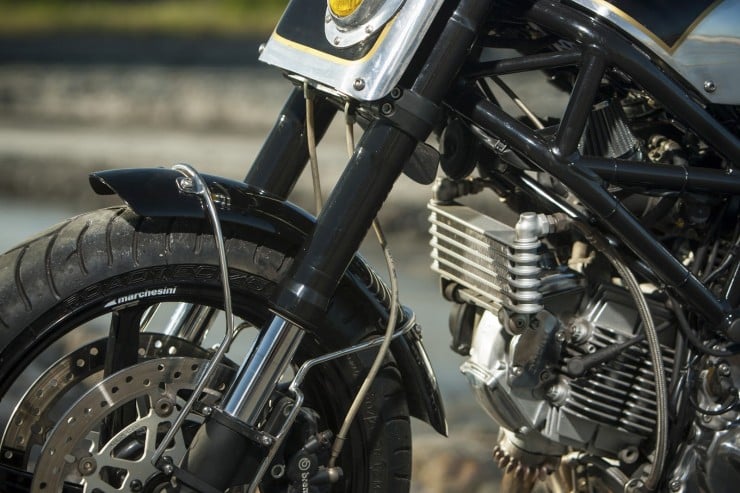 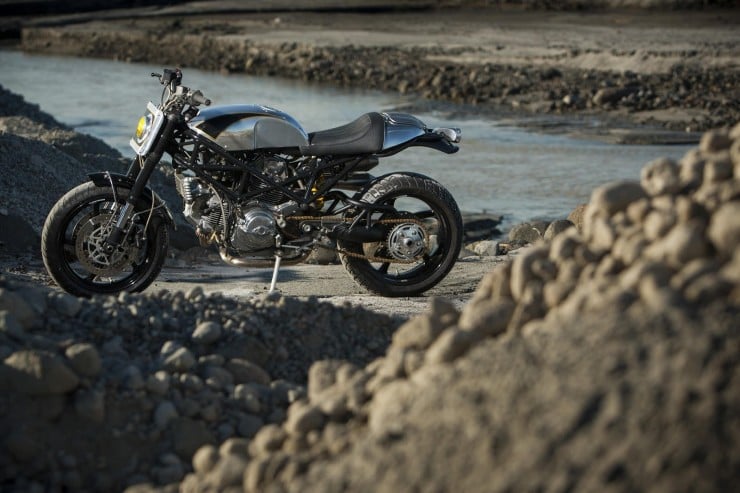 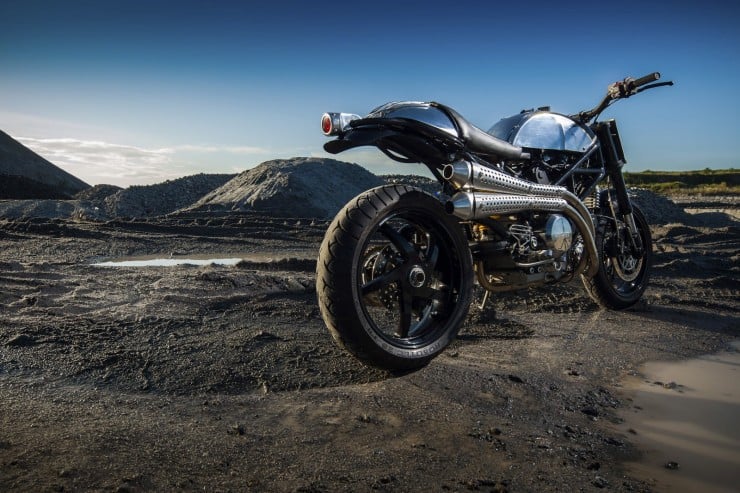 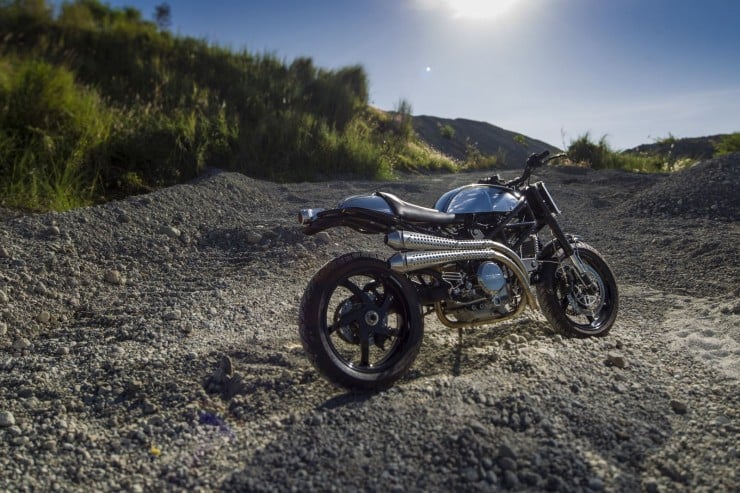 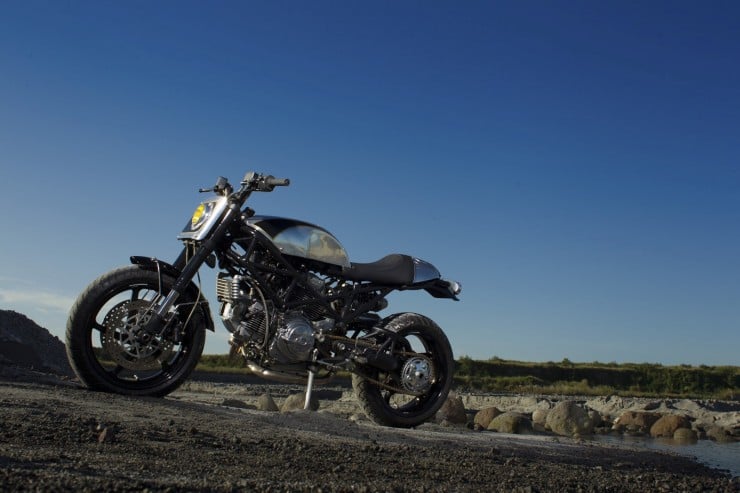 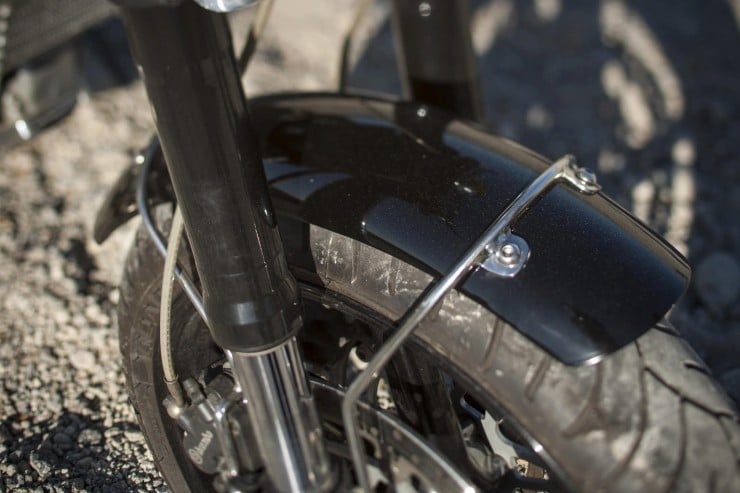 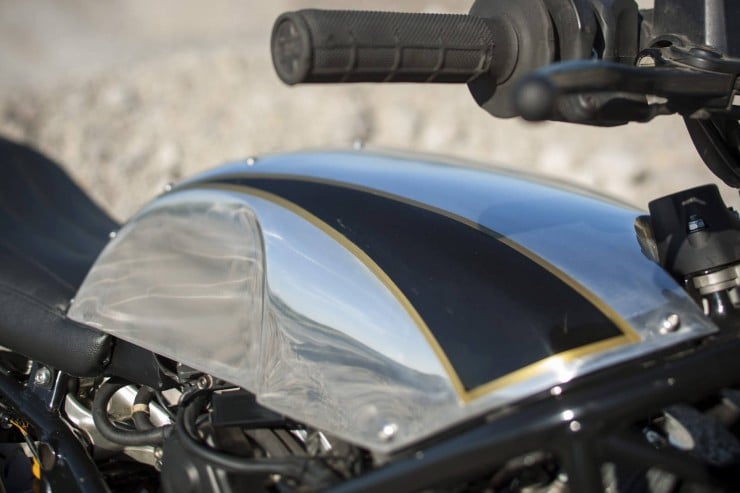 This highly unusual twin-engined motorcycle appears to be a one-off build that no one really knows anything about. It’s clear that it’s a custom-built motorcycle that makes use of a modified Motoconfort engine and twin…