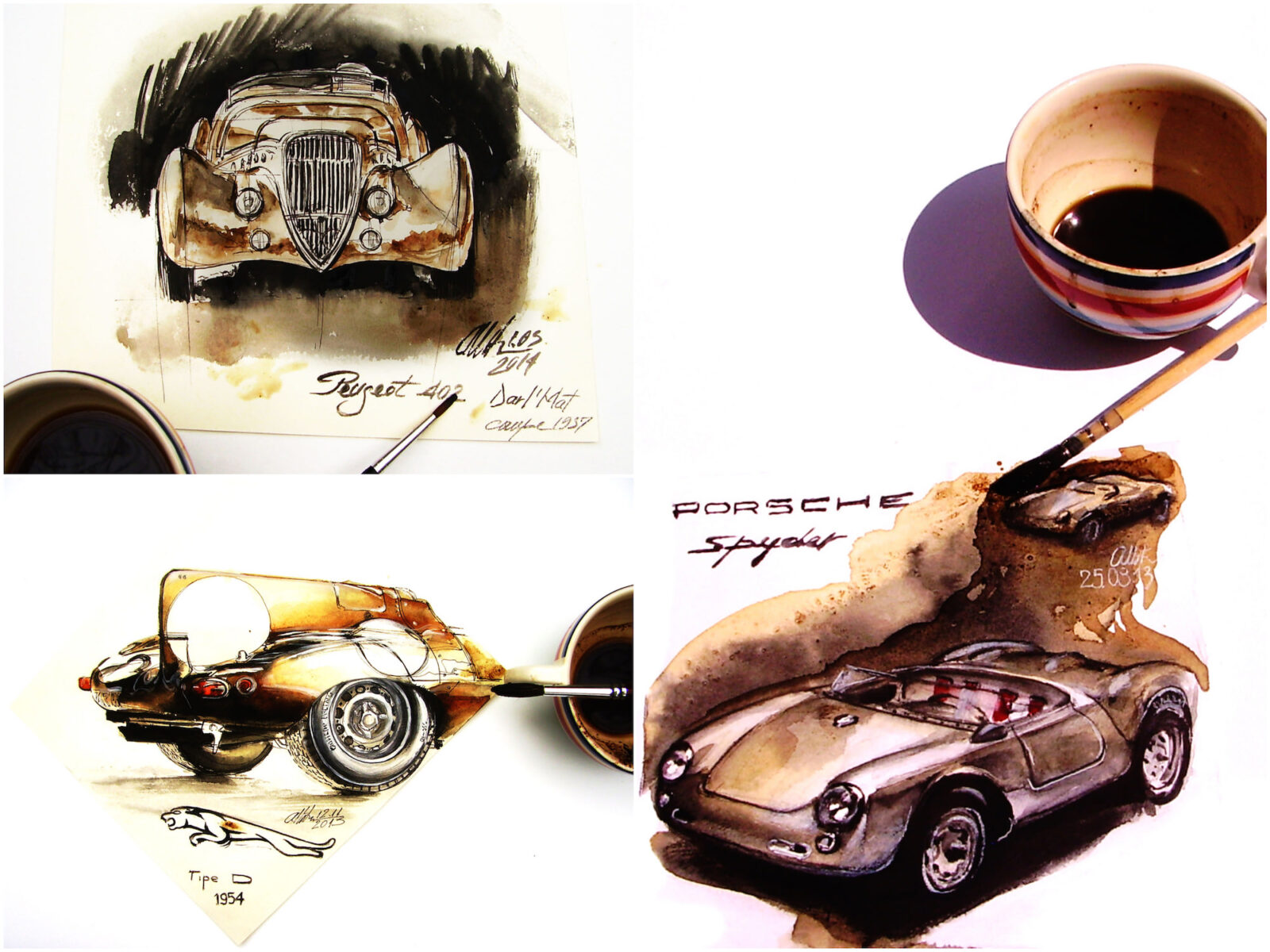 This series of paintings was created by Adrian Mitu, an artist and aspiring automotive designer who began painting cars with watercolours, before beginning to experiment with his morning coffee. The series of cars painted with coffee has gone on to become a bit of a sensation, and Adrian’s work has been displayed in galleries and shown to the public around the world. 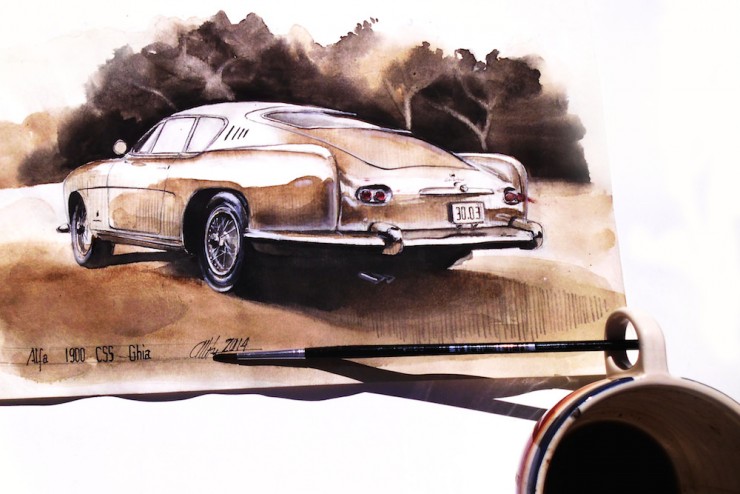 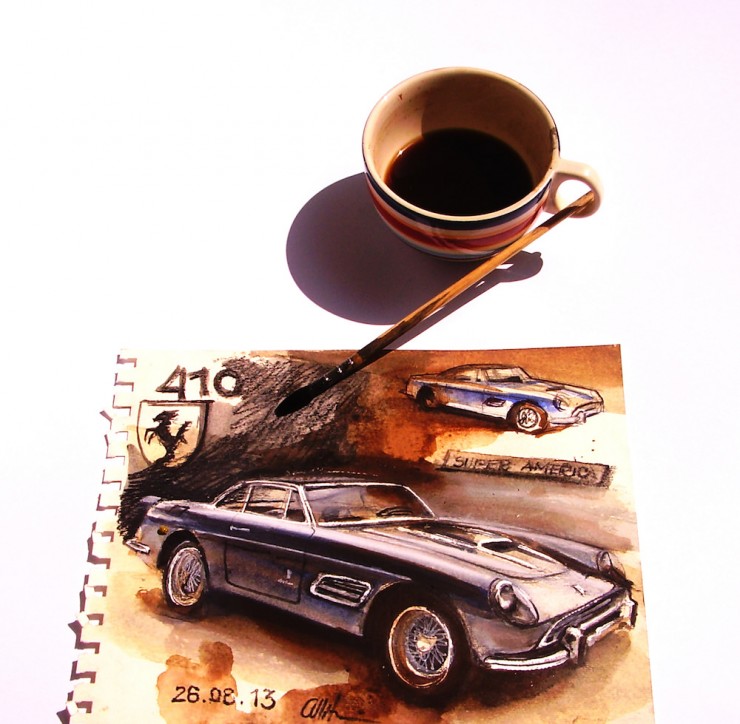 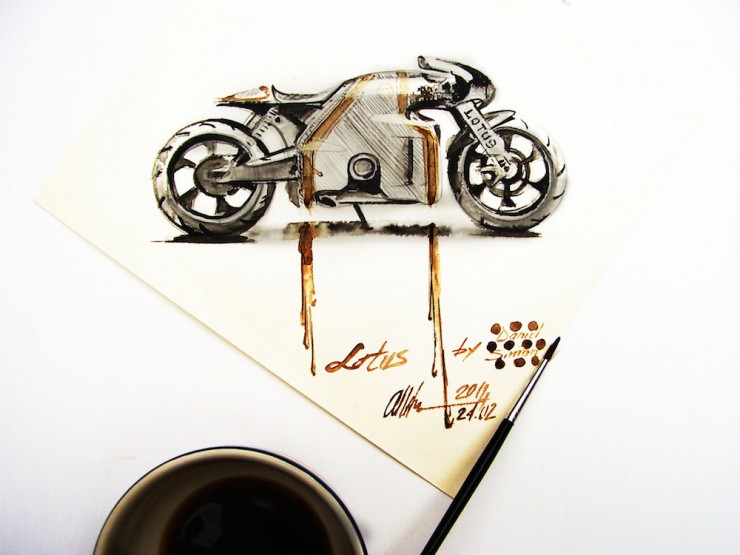 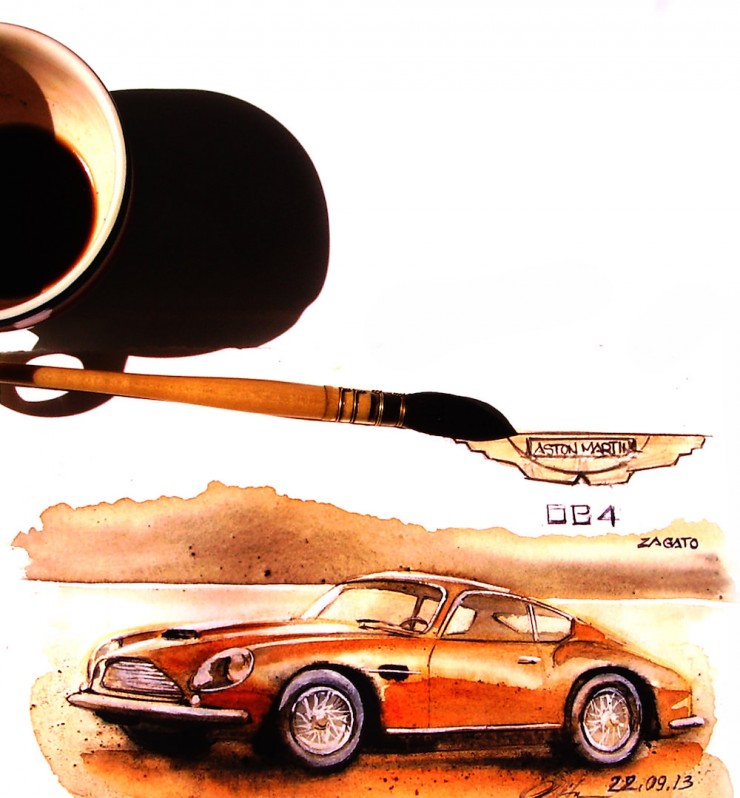 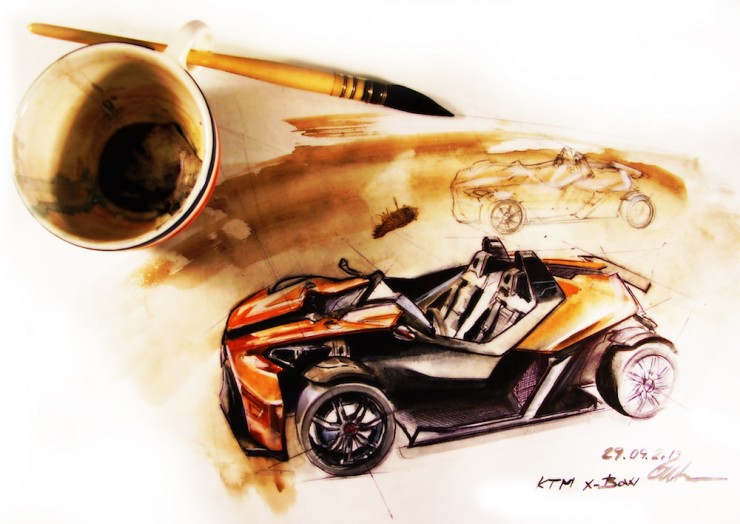 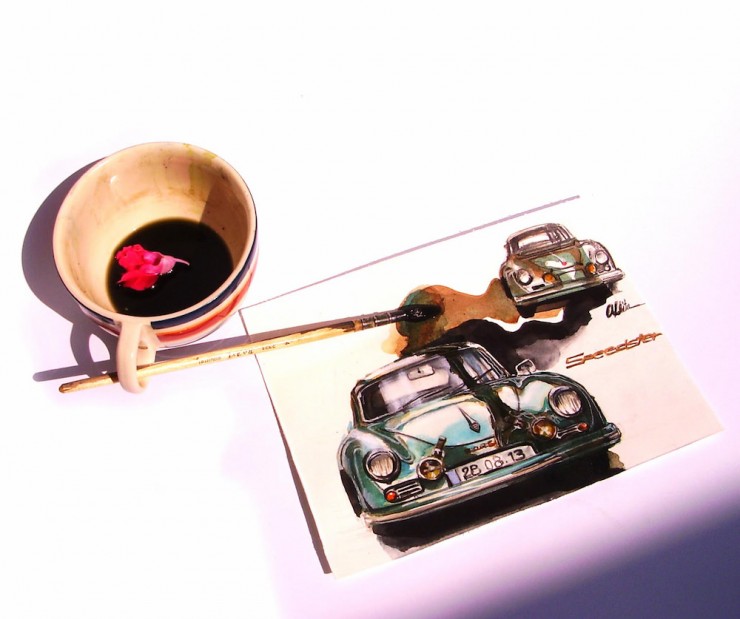 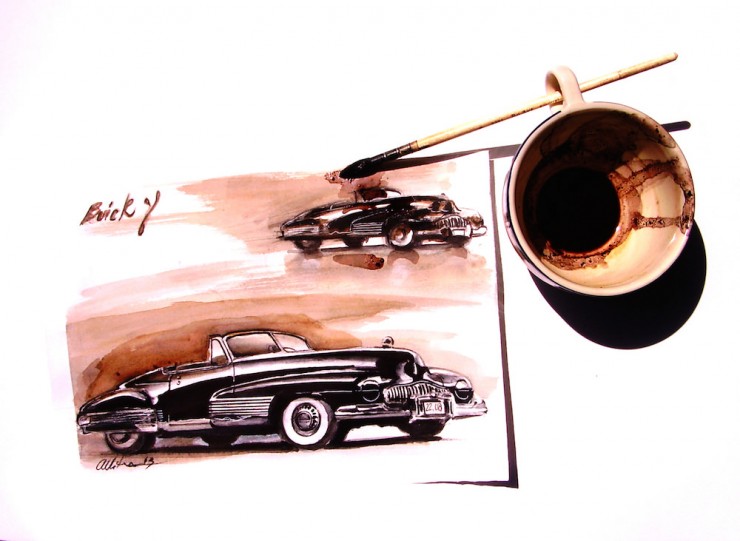 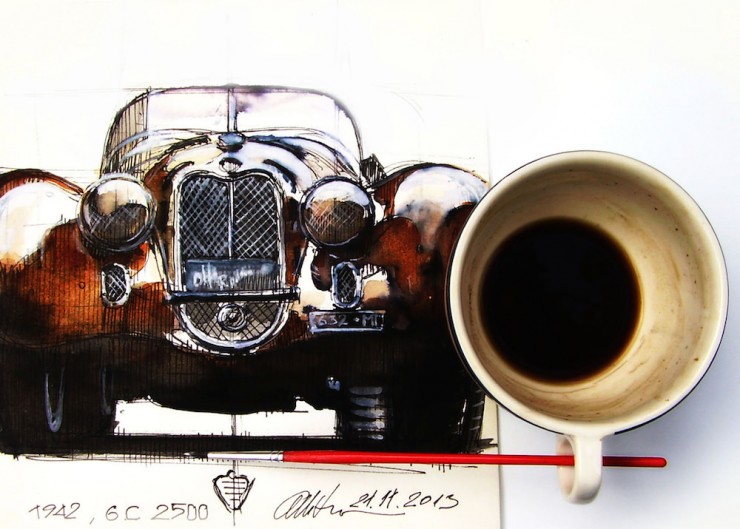 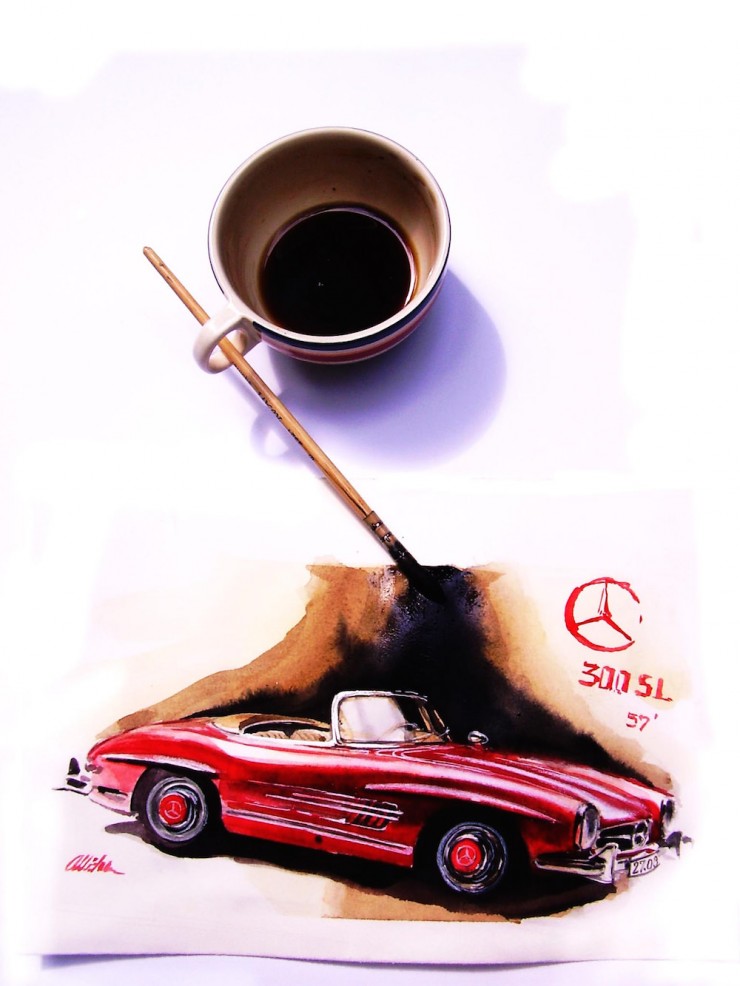 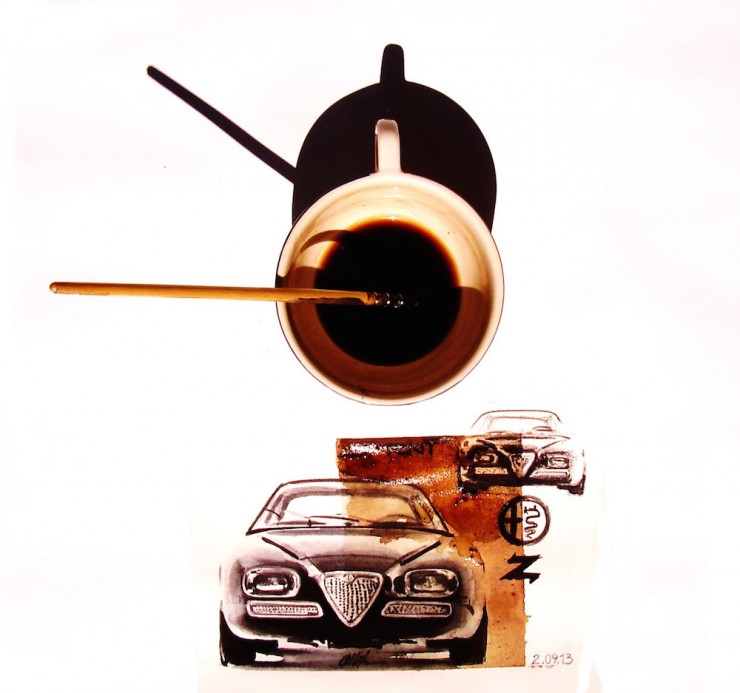 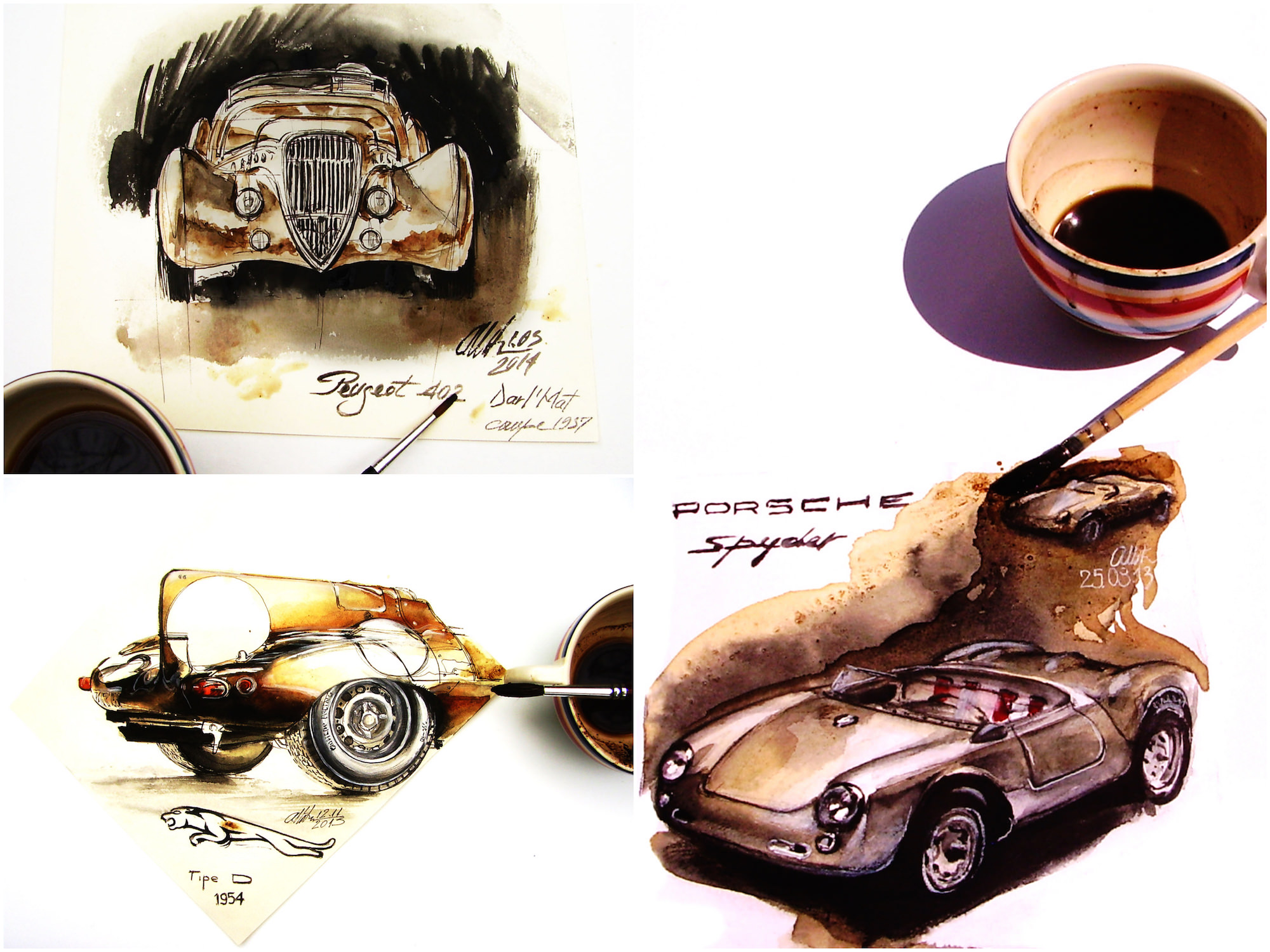