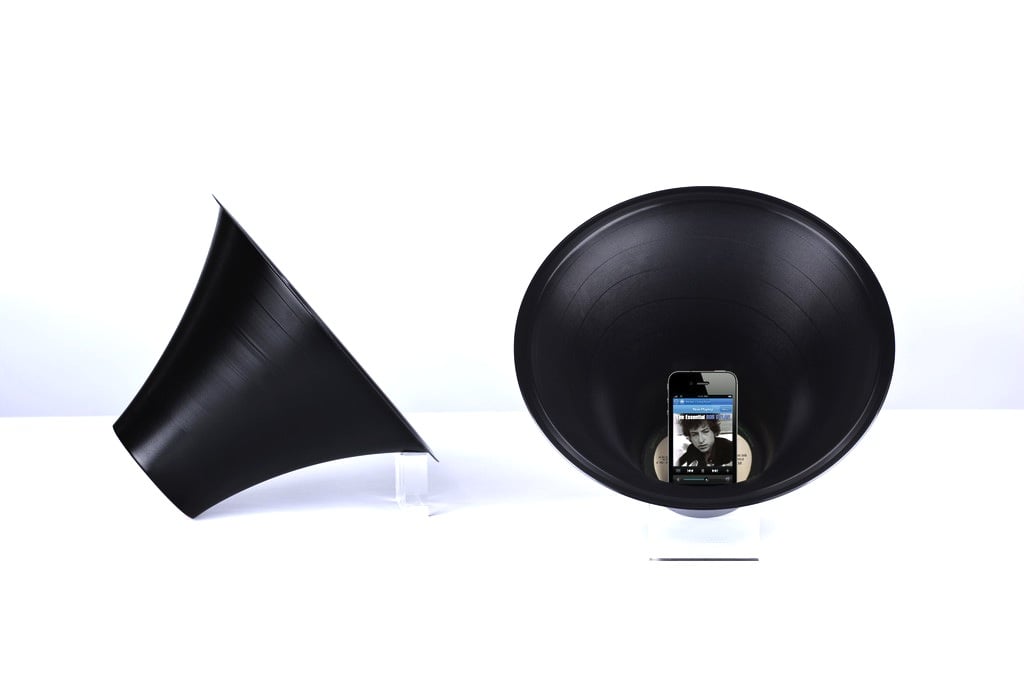 There’s something timeless about vinyl records, I still have a dozen or so on the bookshelf even though my record player went the way of the dodo half a decade ago, I don’t know why I still have them. I just like them being there.

This extraordinary vinyl loudspeaker concept from Paul Cocksedge takes now defunct records and moulds them into a phonograph-like cone that has a significant amplification affect on music when you insert a standard iPhone and hit play.

They’re available now from Paul Cocksedge’s store here at a rather reasonable £29 each.