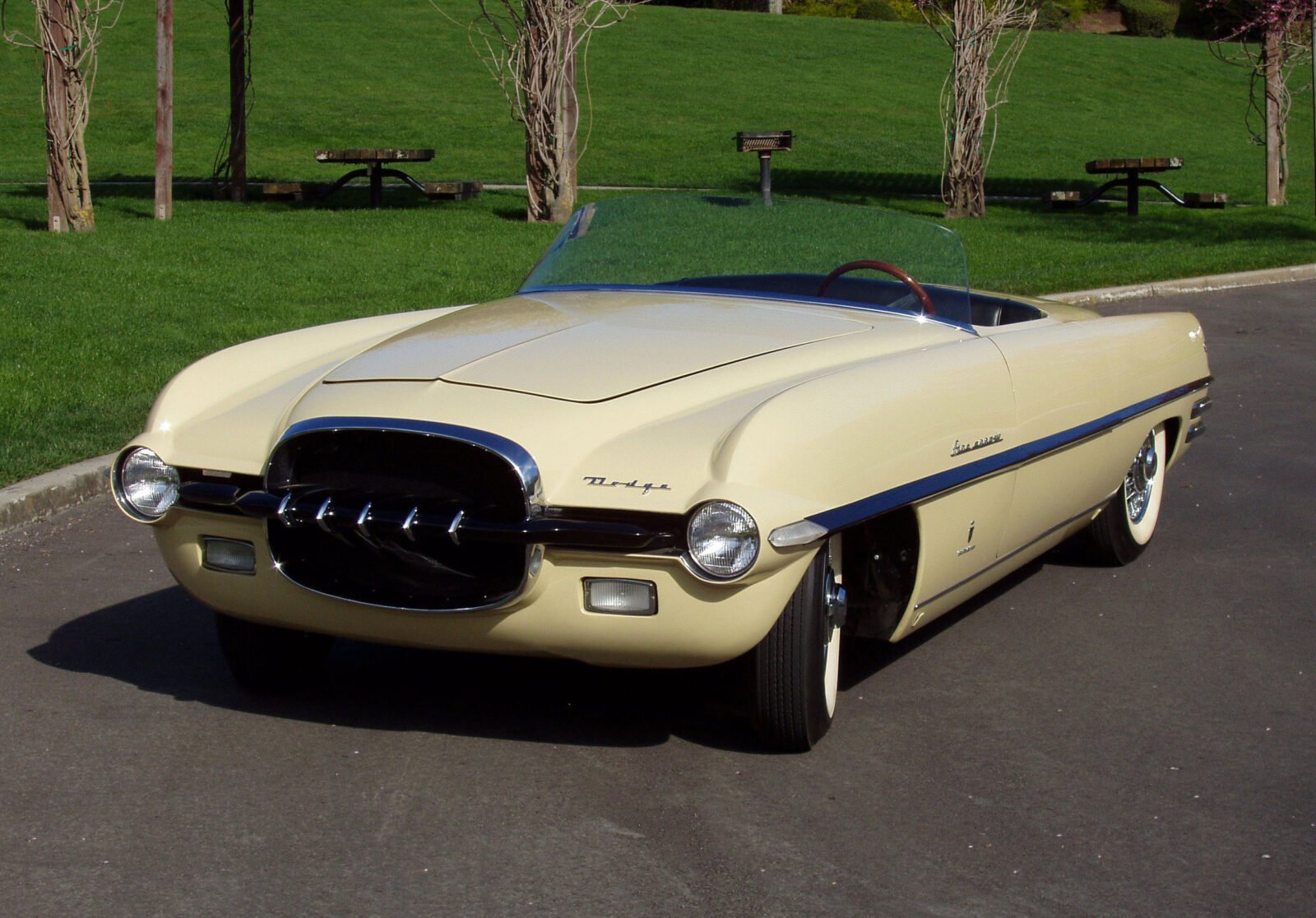 This is the 1954 Dodge Firearrow II concept car, a design by Virgil Exner, the legendary design chief of the Chrysler Corporation. The 1950s were one of the most critical decades in the history of automobile design and many of the most memorable cars of the 20th century were produced during this time. It was an era where bigger was better (in the United States at least), fins were in, and chrome was king.

Virgil Exner is credited with launching Chrysler to the forefront of automotive design in the mid-1950s with his “Forward Look” design program that saw him wrestle control of the vehicle design process away from the engineers.

The Firearrow concept cars were some of the first major designs in this process, kicking off the updated style language for the company. Exner’s concept cars were said to be so influential that both Ford and General Motors took significant styling cues from them, and rushed to catch up with their production cars. 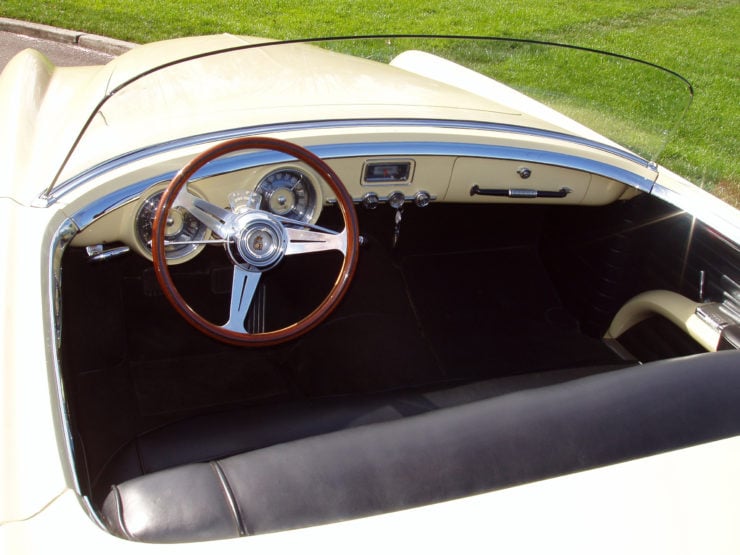 The full list of Virgil Exner’s designs is too long to list here, however some highlights include the 1953 Chrysler Sports Coupe d’Elegance Concept (inspiration for the VW Karmann Ghia), the Studebaker Champion, the Plymouth Belvedere, the Dodge Coronet, the DeSoto Adventurer, the Plymouth Fury, the Studebaker Starlight, the Chrysler C-300, and many more.

Exner developed the Dodge Firearrow II concept car to help set the stage for what was to come. The elegant body design and jet age front end were coupled with a frameless windshield and no accomodation for a folding top – this was to be a good-weather vehicle only.

The chrome elements on the Firearrow II include a prominent grille, large chrome strips down either side of the car, ample chrome badging, chrome light surrounds, and four chrome exhausts integrated into the body at the rear of the car.

The interior of the Firearrow II provides opulent accomodation for two people with arm rests, ash trays, thick seat upholstery, and plenty of legroom. Power is provided by a Red Ram Hemi V8, a 241 cubic inch (4 litre) engine producing 150 hp and ending power to the rear wheels via a Gyro-Torque 4-speed automatic transmission. 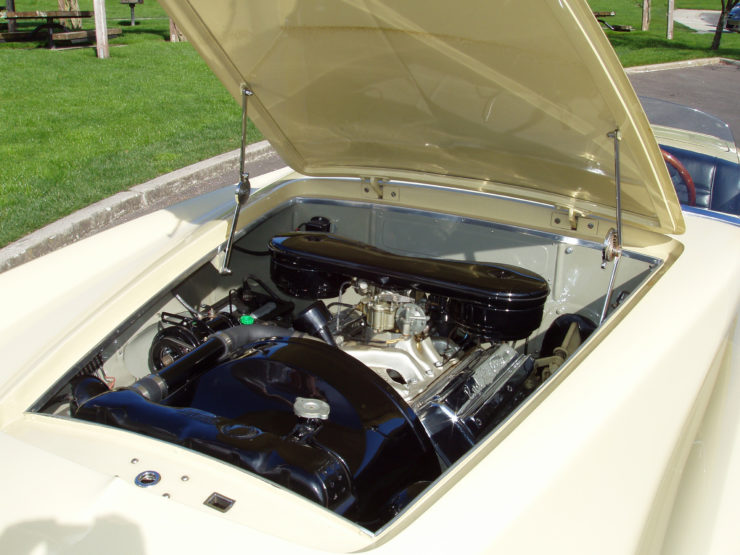 A standard 119 inch chassis was used for the car, greatly simplifying the development process, not to mention the job of hunting for spare parts in the years to come.

Once Exner’s design was complete it was sent to Ghia in Italy who built the body and sent it back, this car is one of four that were made however the first car was just a rolling show model, this second car is road-ready and operational, the third car was the coupe version, and the final version was the production ready automobile.

Upon its completion the 1954 Dodge Firearrow II concept car was shown at many of the major American auto shows before being mothballed for storage. Today it stands as one of Virgil Exner’s most important concept cars, and it’s in overwhelmingly original condition throughout.

Mecum is now offering the car for sale, not as part of an auction but as a regular sale, if you’d like to read more about it or enquire about buying it you can click here to visit the listing. 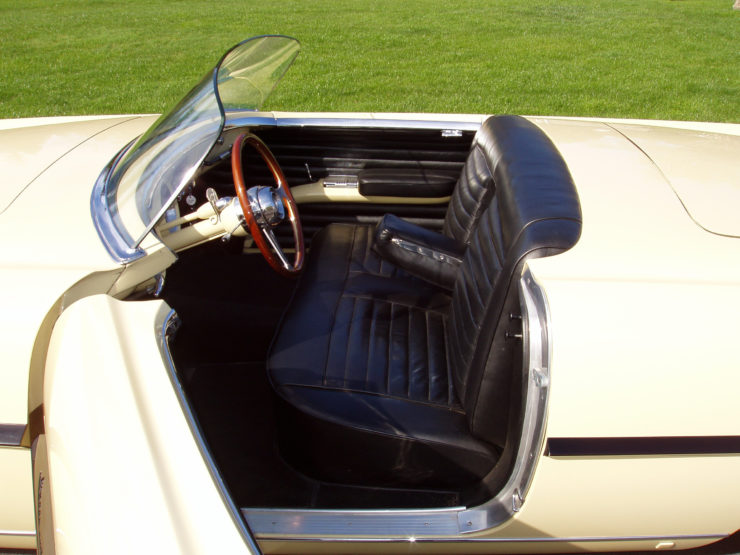 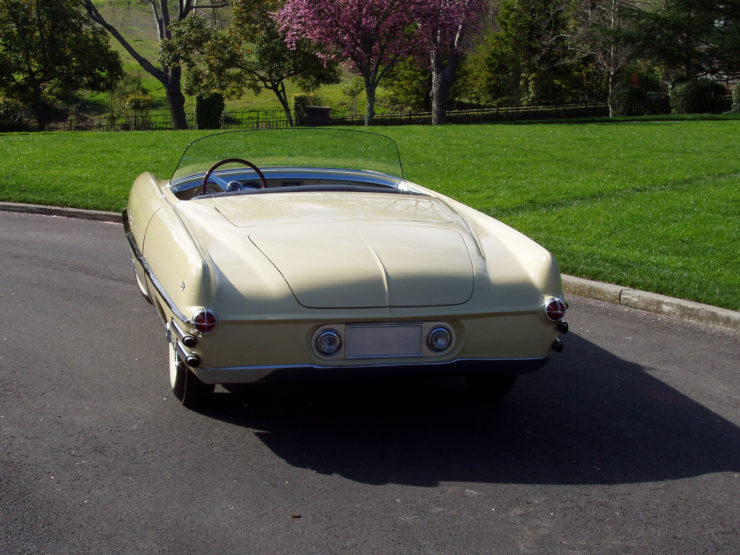 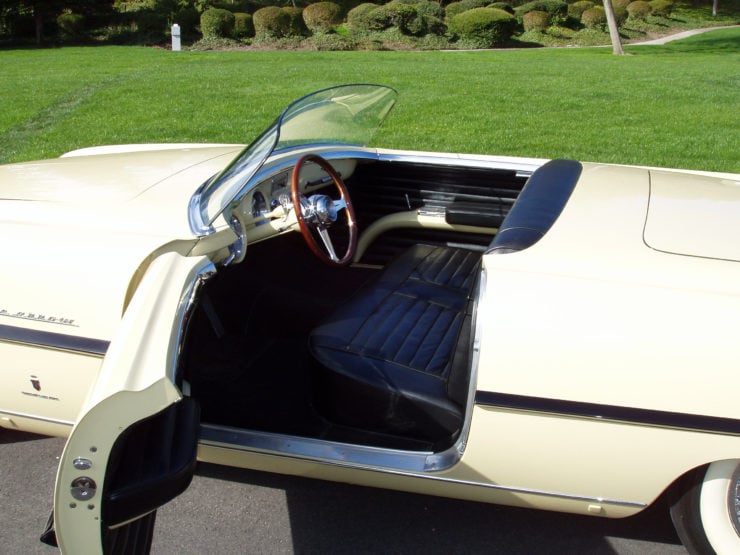 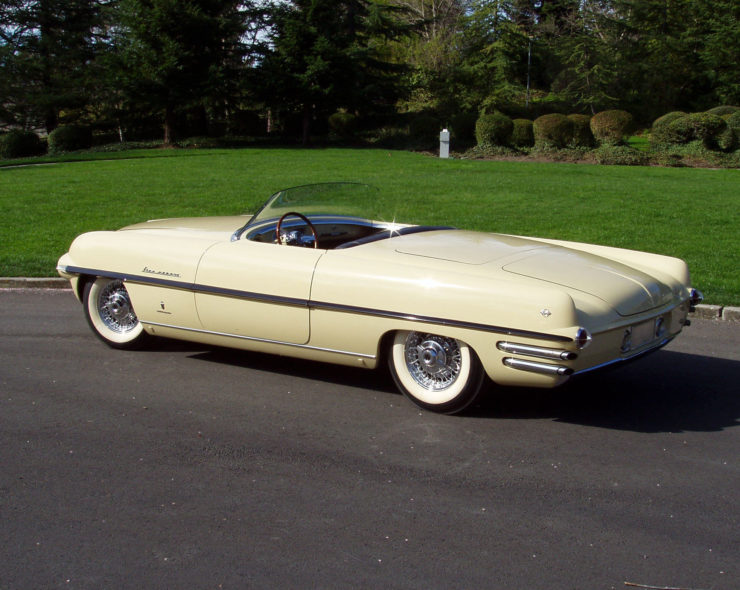 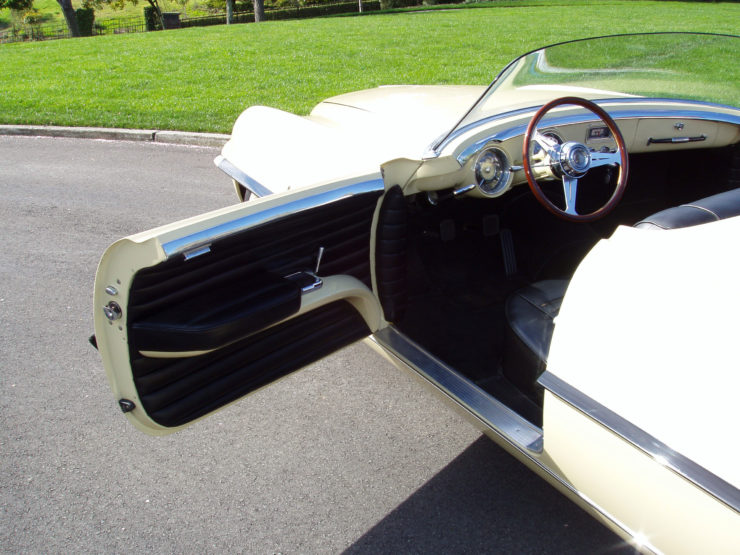 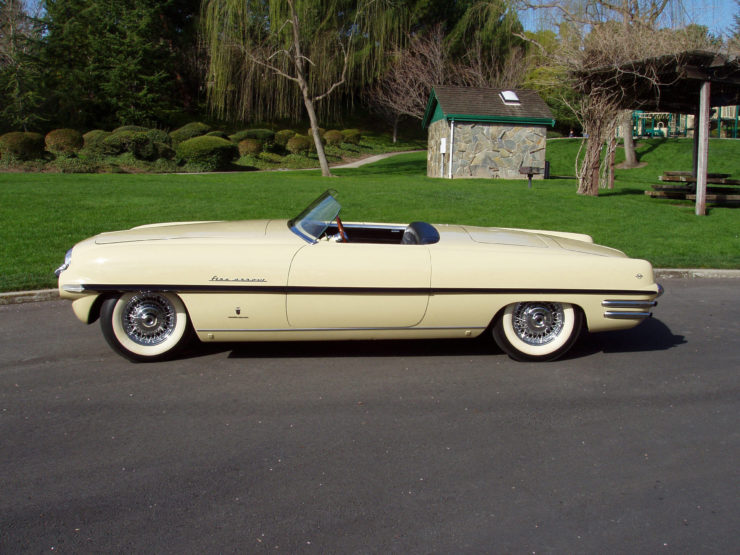 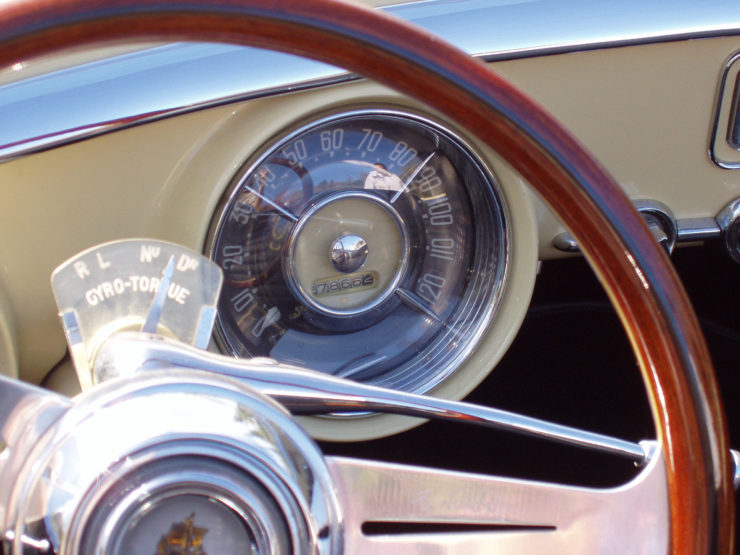 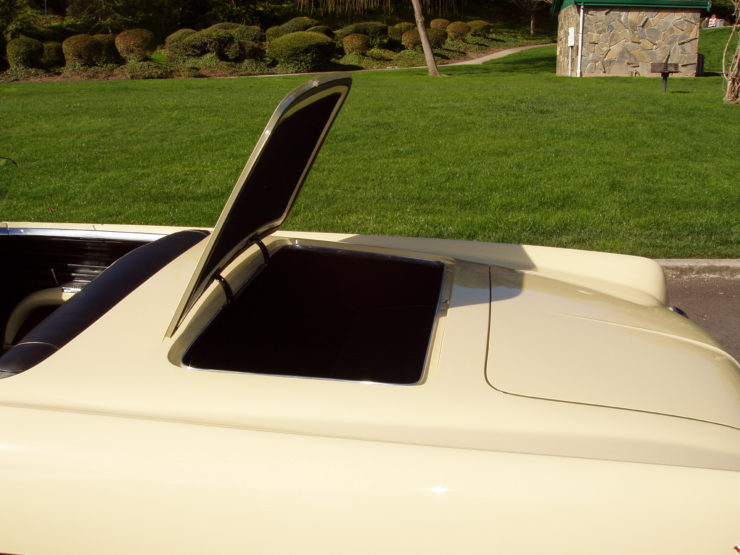 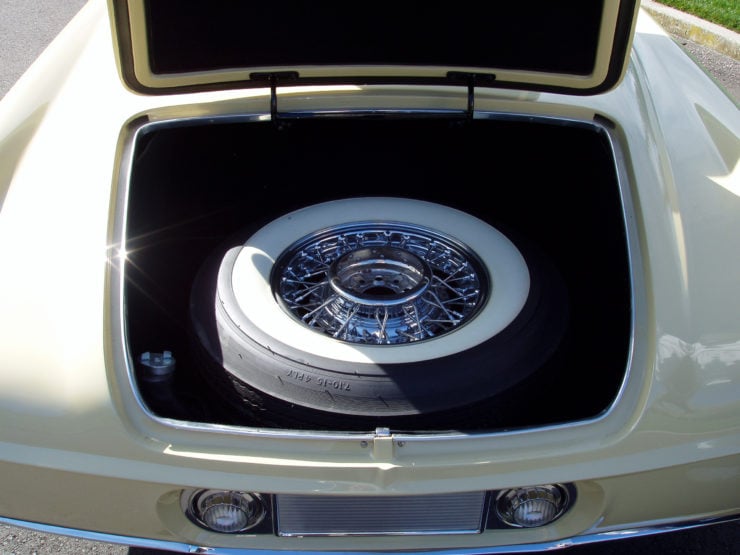 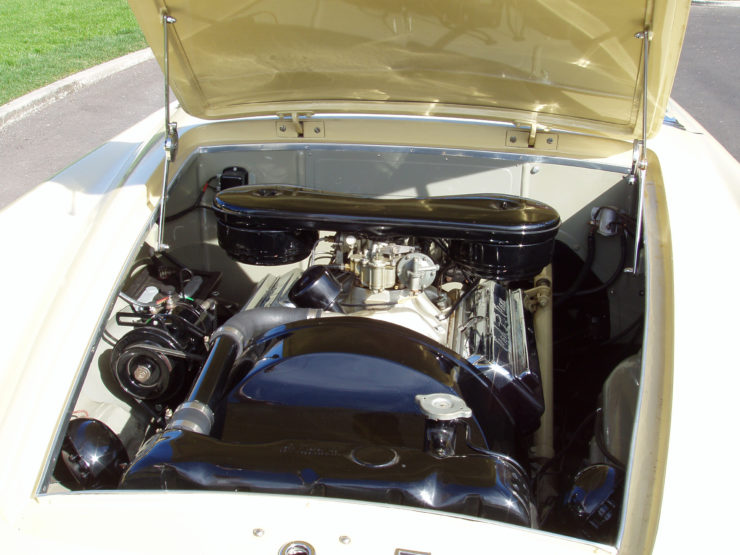 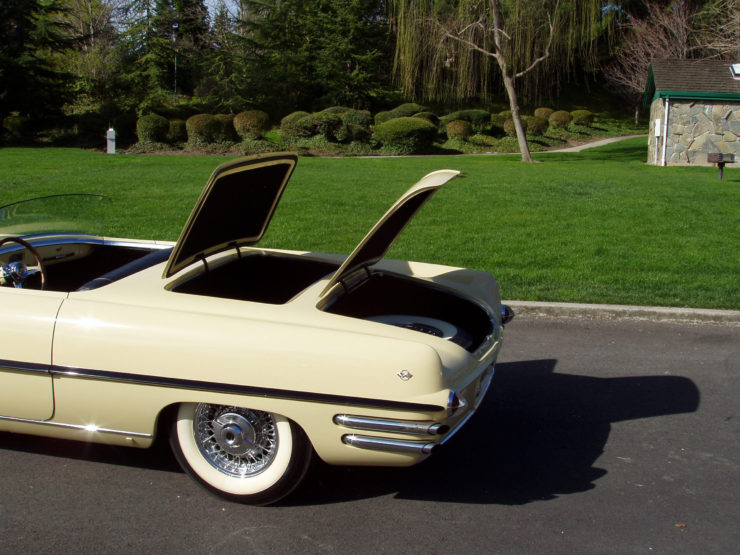 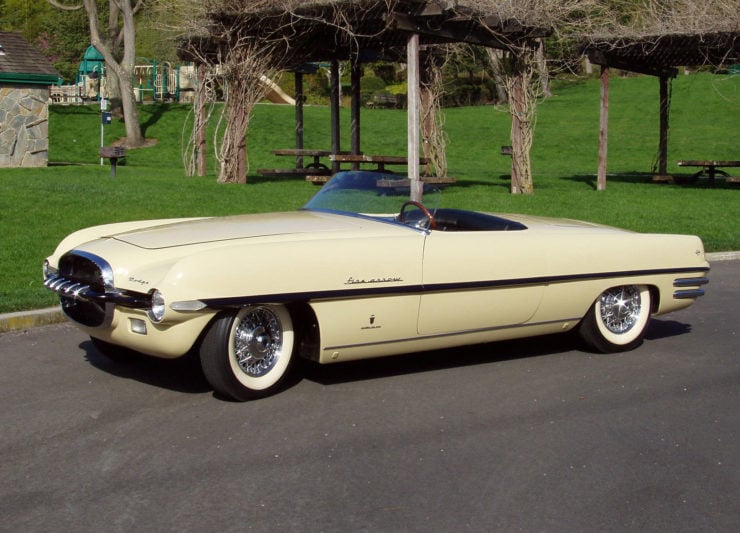 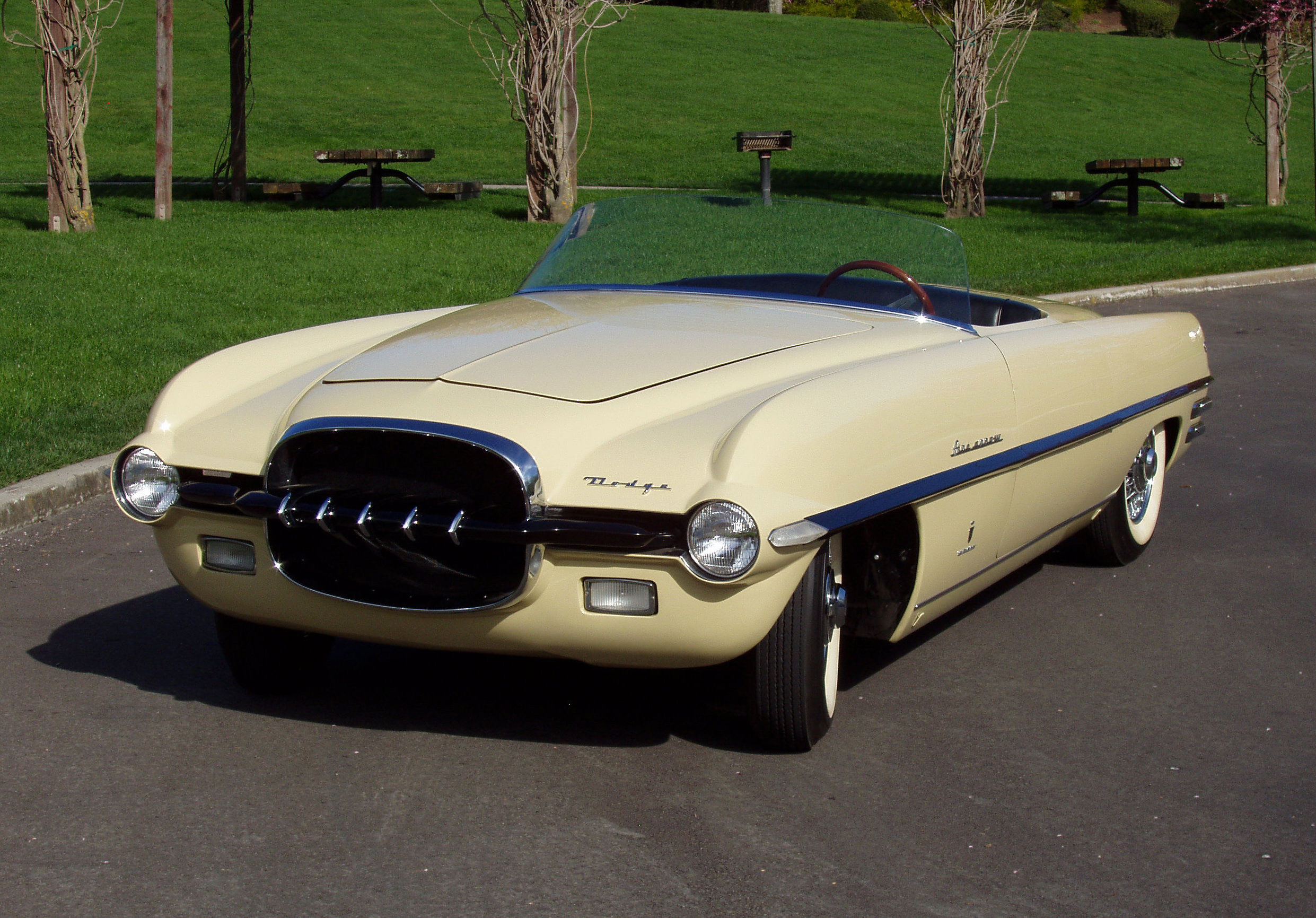