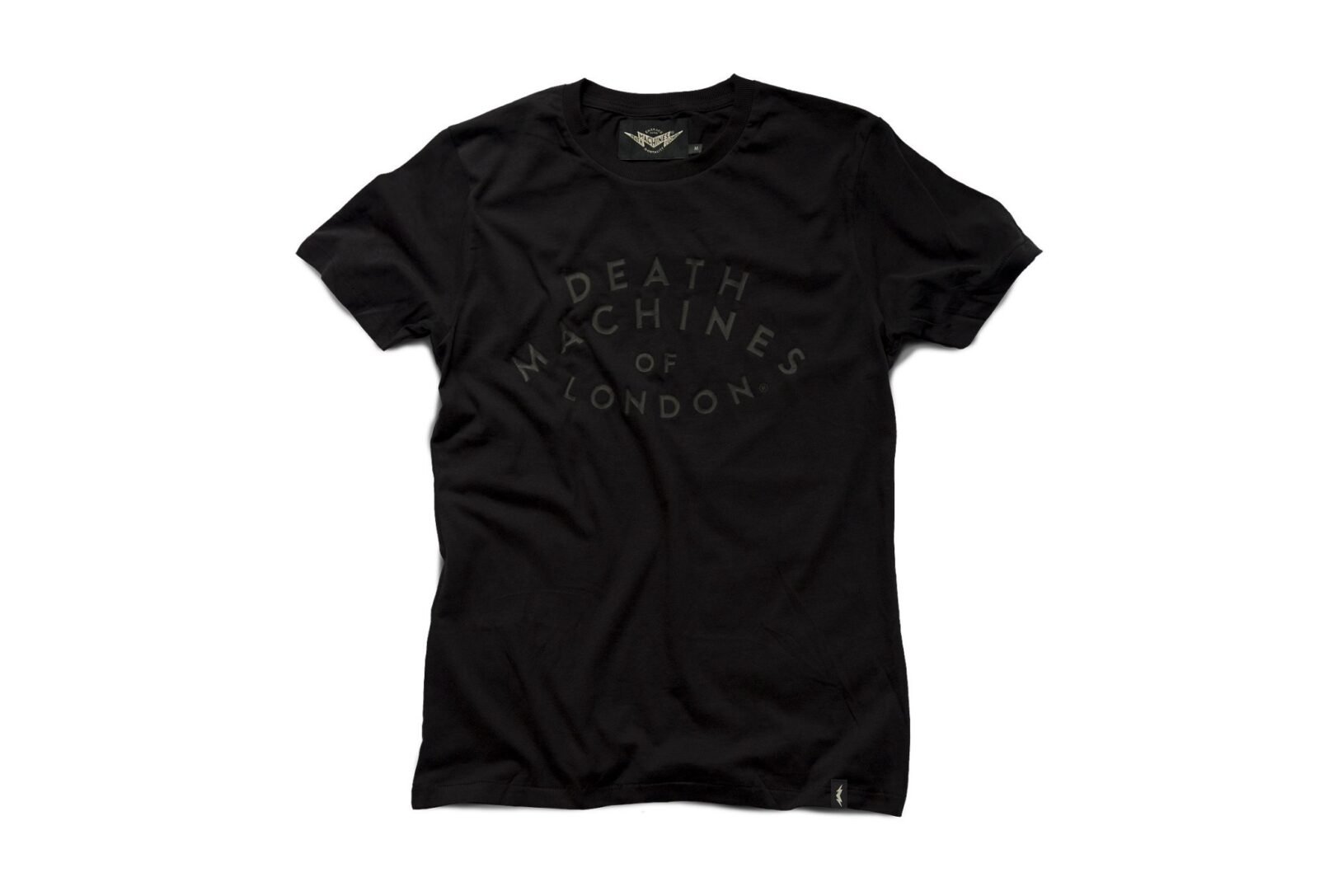 Death Machines of London is a British custom motorcycle workshop based (not surprisingly) in London. The name comes from a quote from the company founder’s father, when as a child he mentioned he’d been for a motorcycle ride with his fun uncle.

This tee by DMOL is 100% brushed cotton (175g/m² jersey), it’s black with black text, meaning it’s far more understated than most gear in the motorcycle realm. It also uses “Crack-Print”, an ink designed to crack and patina over time to give the shirt its own unique character. 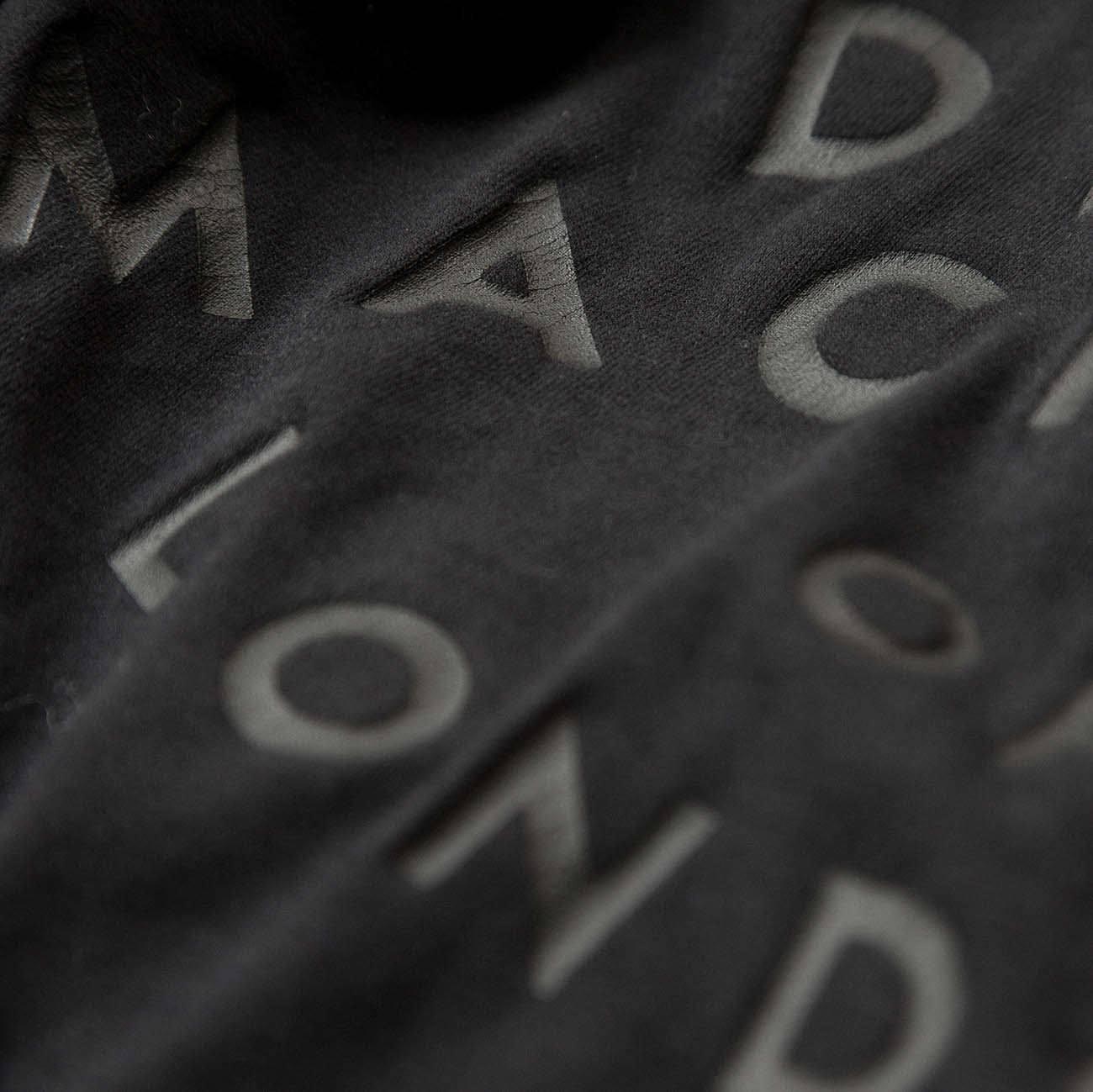 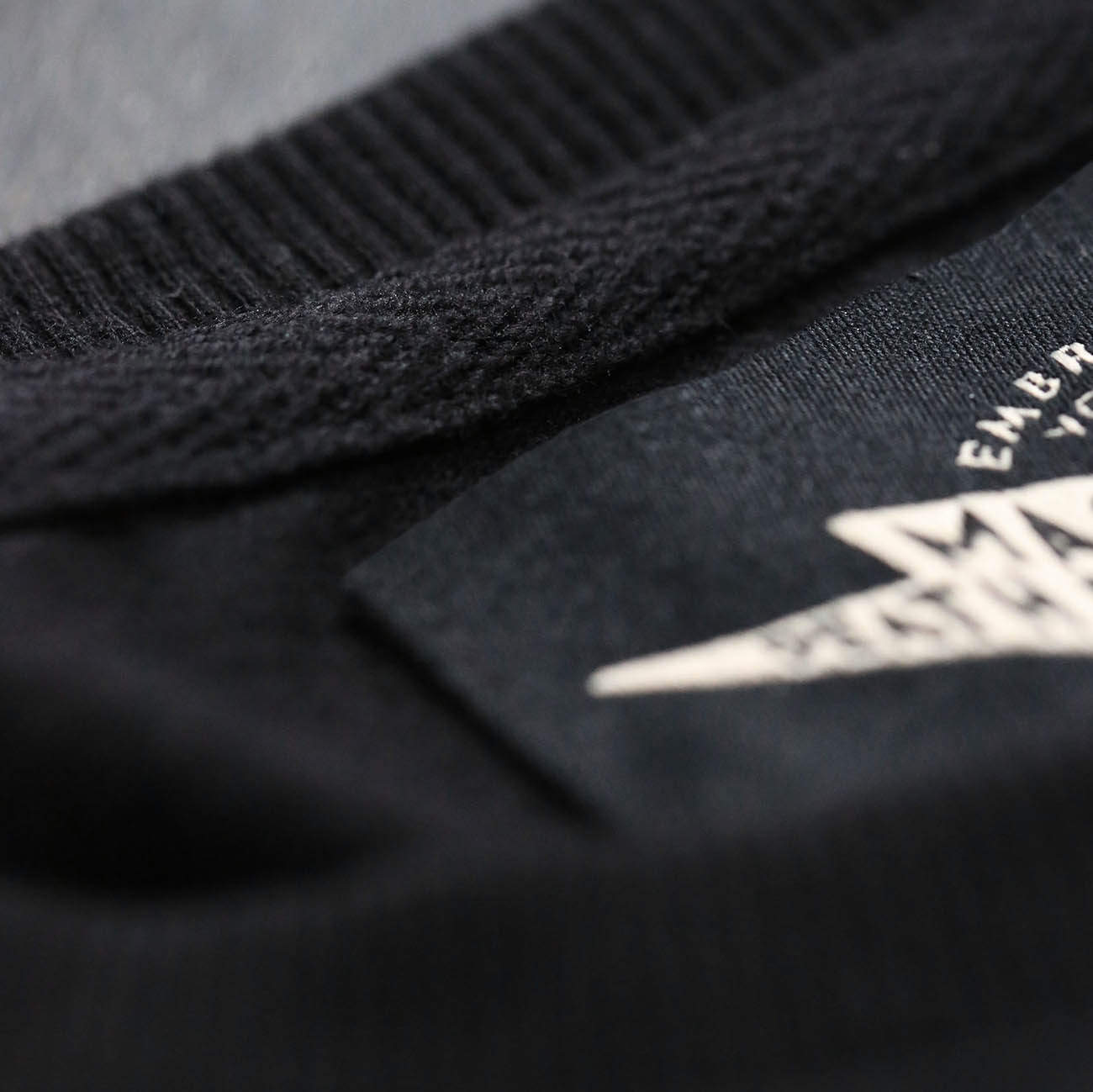 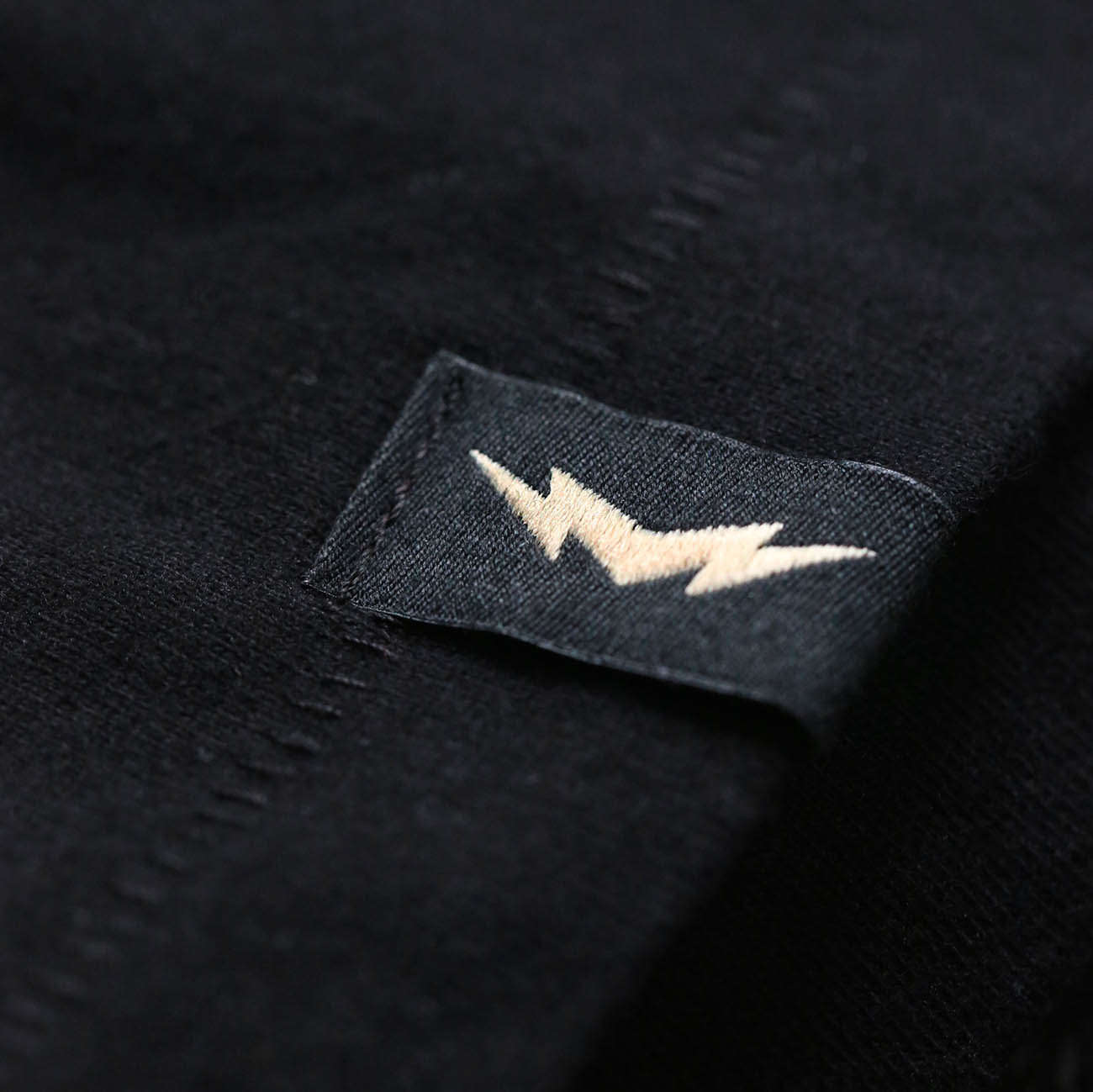 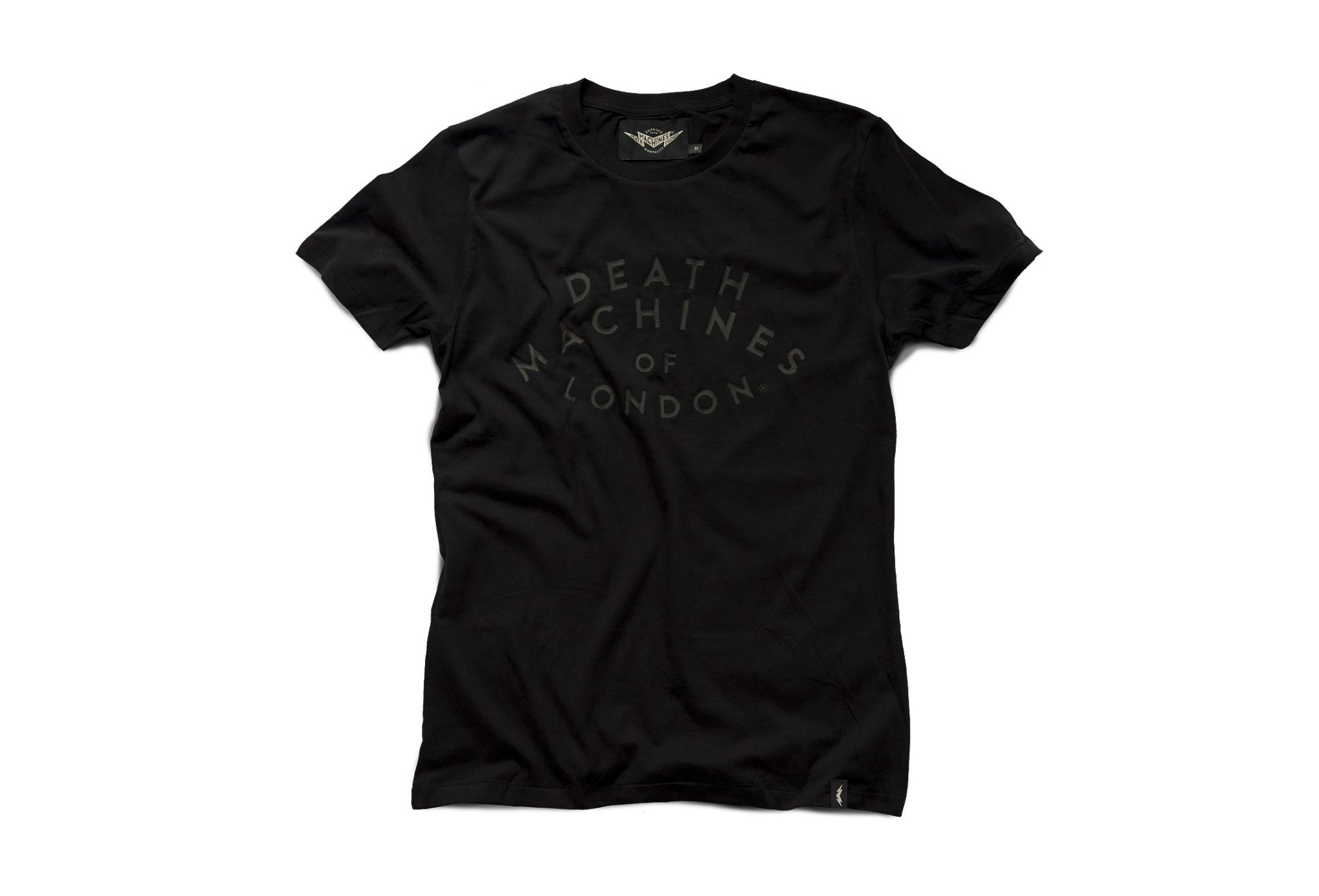