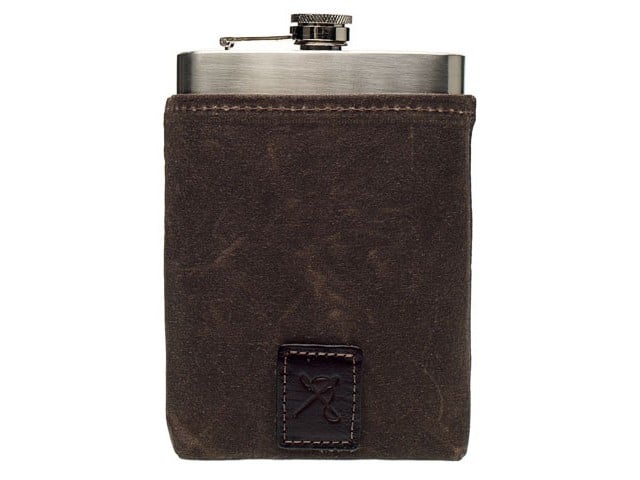 We love this traditional flask by Ernest Alexander, it has a 12oz volume and comes with a waxed canvas cover to keep condensation from damaging your jacket pocket.