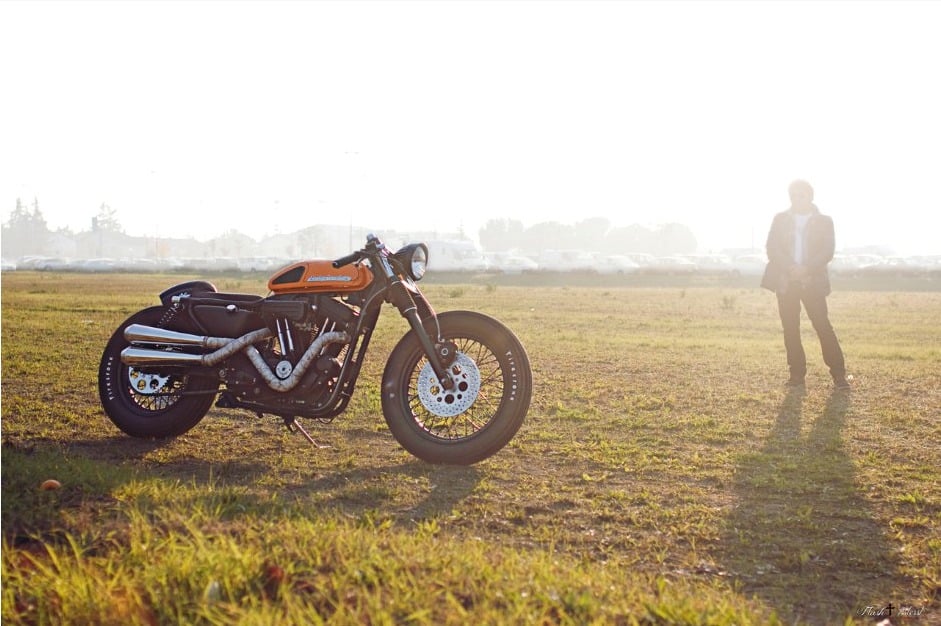 Harley’s get a bad rap throughout most of the café racer community which is a shame really, I think it has more to do with their association with the chopper/bobber crowd than any actual mechanical issue. Weight seems to be a popular complaint that is often cited but anyone who’s ridden a café racer converted CB750 will attest that they aren’t lightweight little things, yet they’re almost certainly the most popular motorcycle model for café conversion.

This Harley Café Racer by Italian garage Passion 4 Custom is a great example of what can be achieved with a v-twin and a little patience, the style of the finished bike is a little reminiscent of Shinya Kimura’s work although it’s also quite distinctly Italian. The Harley racing orange fuel tank blends in beautifully with the deep black of the rest of the bike and is a nice nod to Harley-Davidson’s racing heritage.

The clip-on handlebars, custom 2 into 2 exhaust and cropped rear end all give the bike a wonderful, forward leaning sense of purpose. I don’t know about you but I’d very happily park this in my garage.

Via Return of the Café Racers and Passion 4 Custom. 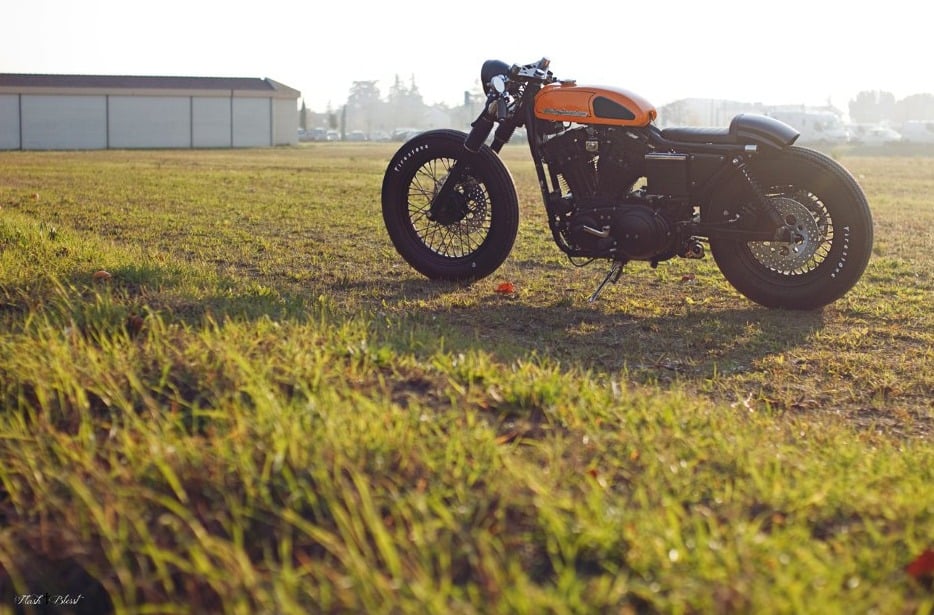 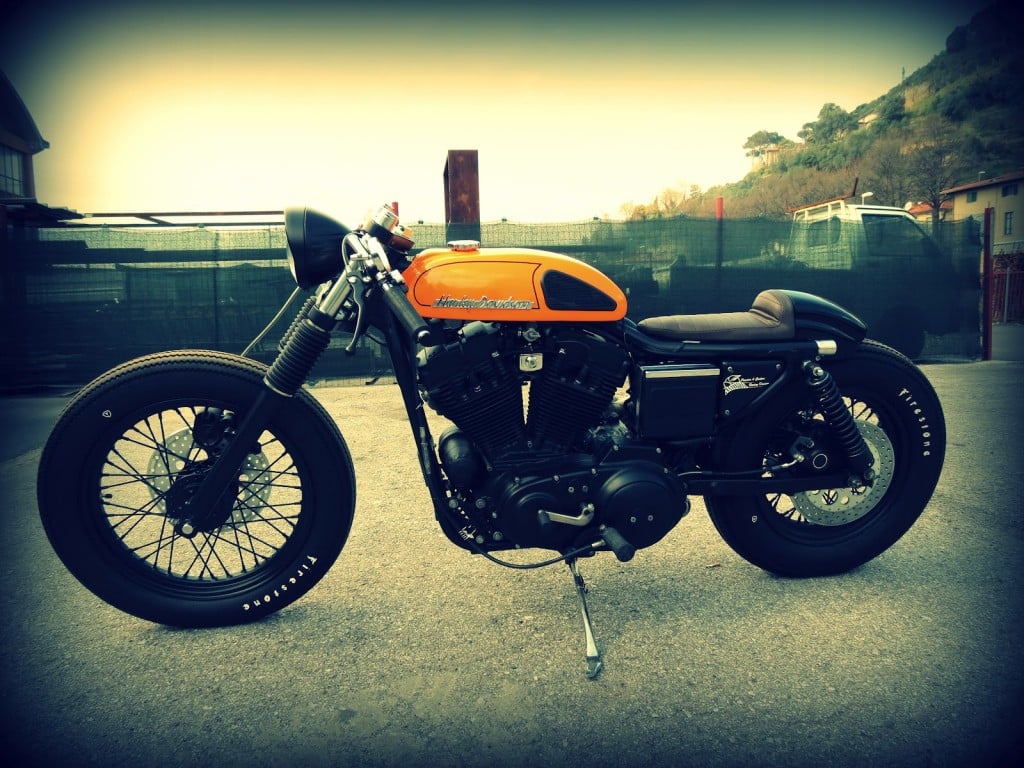 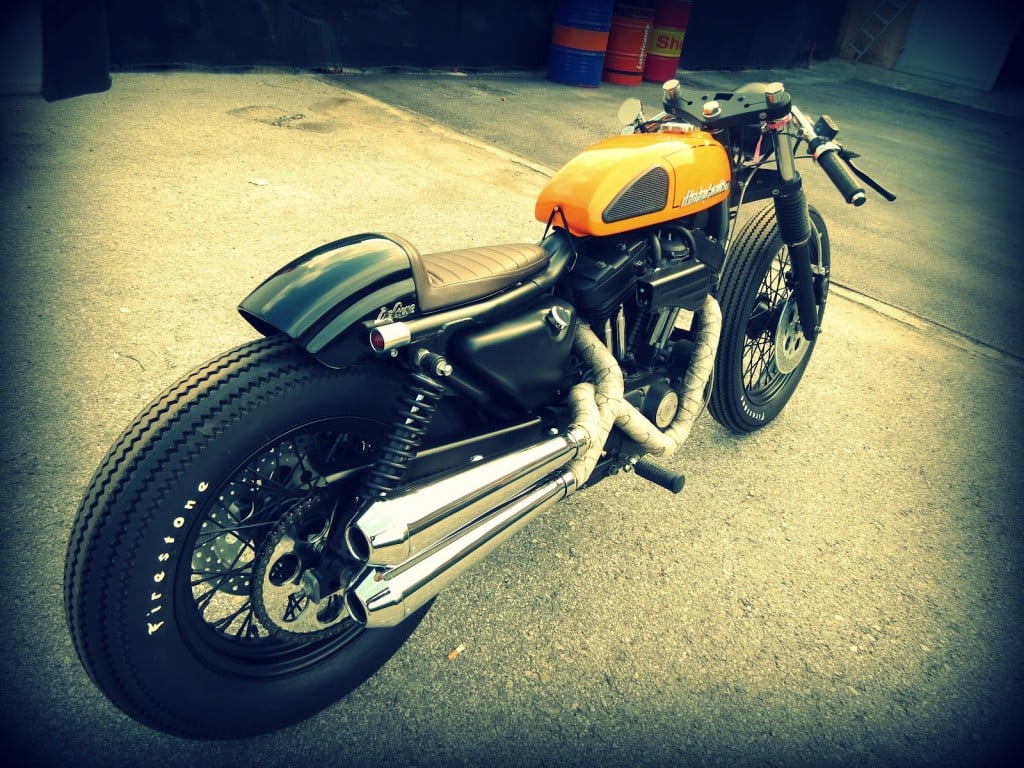 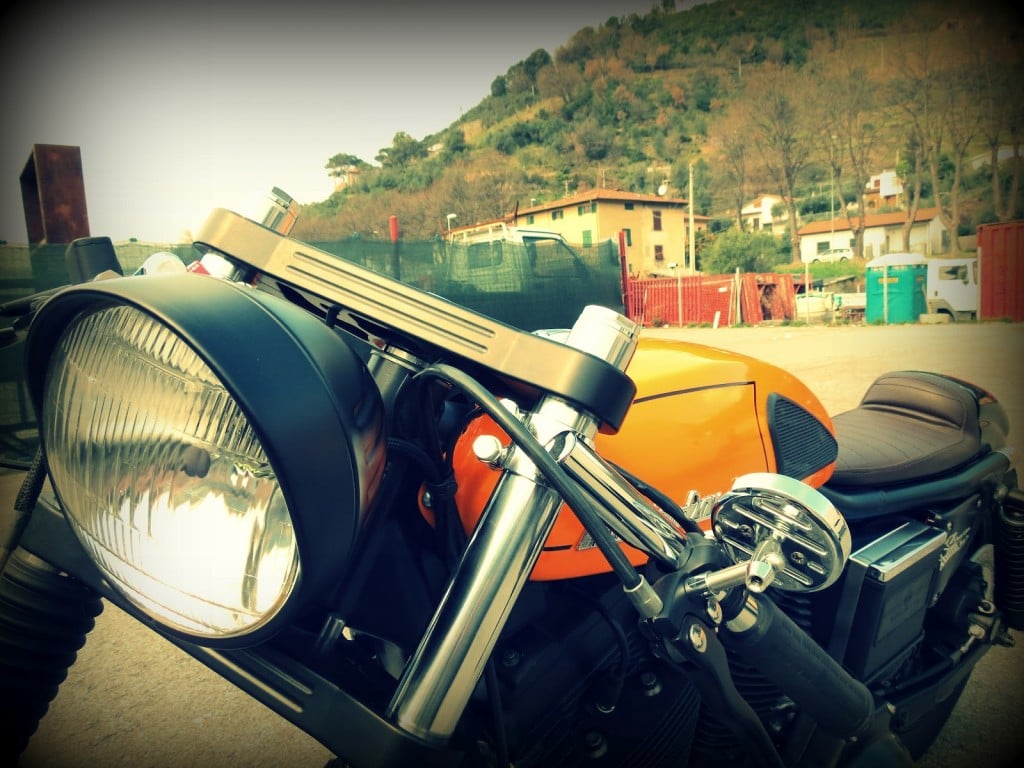 The Droog Moto Mini Fighter is a new release from one of the custom motorcycle world’s most unusual garages. The concept for the new…

This is an original set of Vincent Black Knight bodywork from 1955, it was originally fitted to a Vincent Rapide making it fully-enclosed version of…

The BMW M1 is the end result of BMW wanting to beat their fellow Germans over at Porsche in Group 5 racing. The Porsche 935…

Kawasaki Z1 900 | The King of Motorcycles is the latest film from the team at Brightside Media, as the title suggests this 8 minute…

This is a rare HKS Speedway Special from 1976, it was designed and built for Japanese Auto Racing – a form of motorcycle racing somewhat…