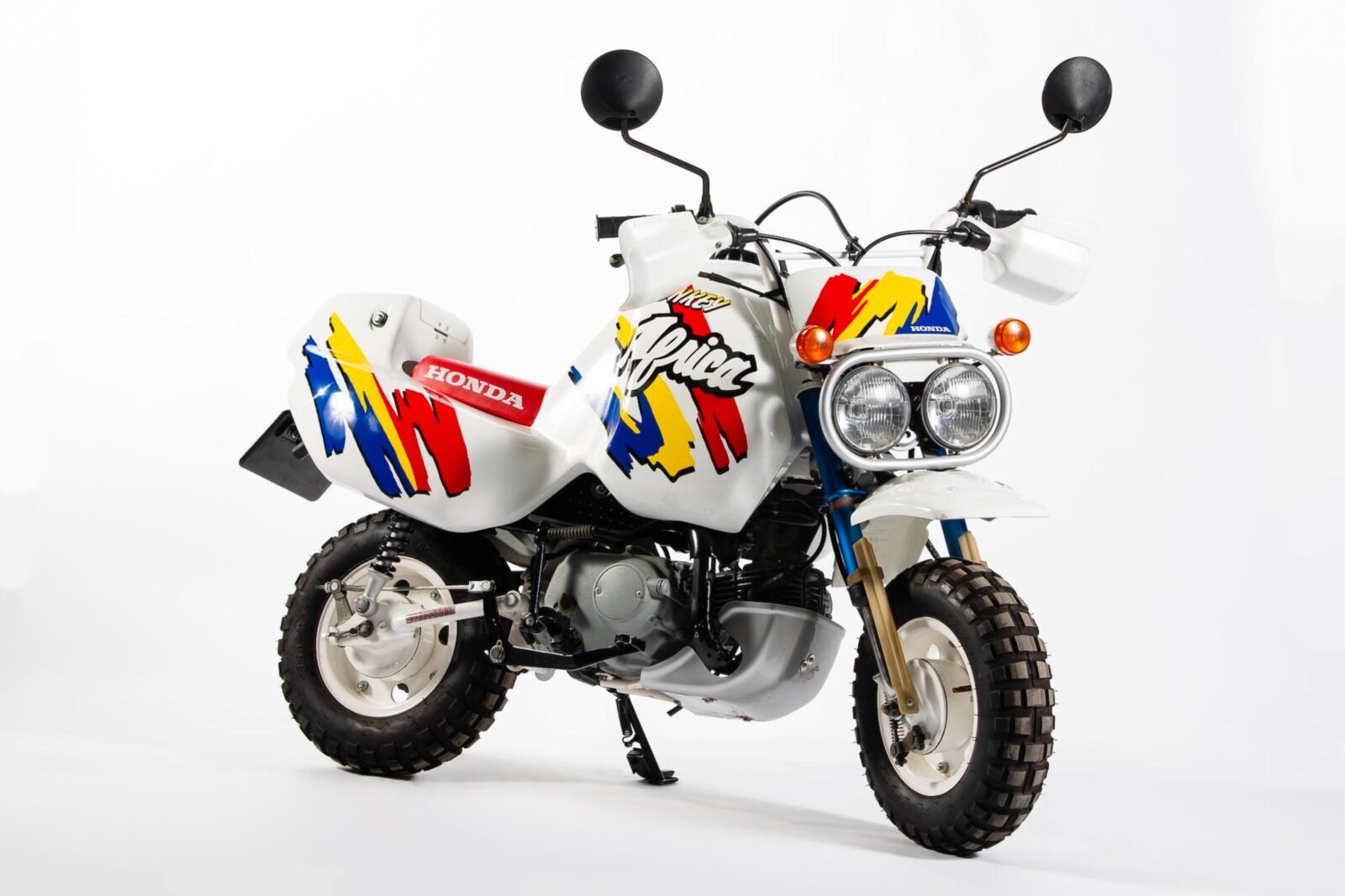 The Honda Z50J Monkey Baja Africa is an exceedingly rare motorcycle, in fact none of them were ever built by the Honda factory. Instead the bike was built by Honda Monkey owners using an official kit that could be bought from Honda.

The kit itself was relatively simple (see the image below), however it transformed the Honda Monkey into a miniature version of the much-loved Honda Africa Twin – an adventure bike that won the Paris-Dakar Rally four times in succession from 1986 to 1989.

The Honda Monkey Bike was the first motorcycle owned by many, the small and inexpensive 50cc minibikes were ideally suited for children learning to ride for the first time. 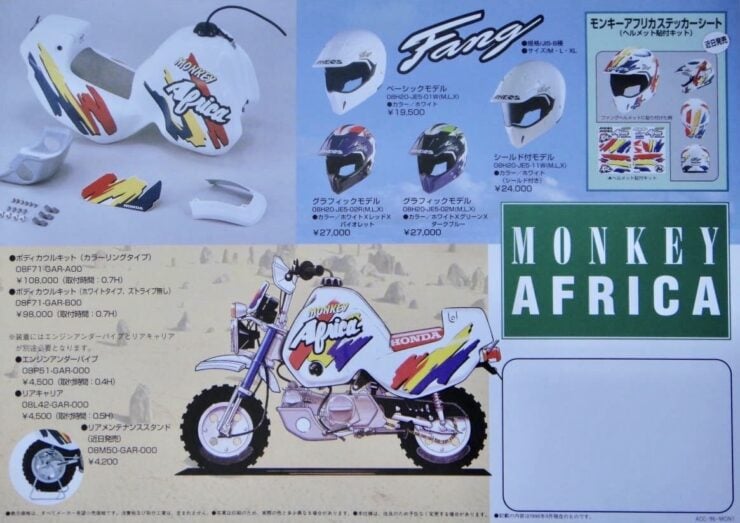 This is an original ad for the kit, you can see each of the individual parts in the top left image.

That said, they have long been a favorite of adults too, in fact it’s the posture of an adult riding the bike that gave it its nickname – with their knees up, they back hunched over and their arms and shoulders up in the air, they look like monkeys when viewed from behind.

Honda originally developed the motorcycle that would become the Monkey Bike back in the 1960s as a fairground ride. The little motorcycles proved wildly popular, taking Honda executives by surprise, and they decided to create a production version.

Over the following decades Honda would sell countless Monkey bikes around the world in a vast array of different configurations. The most common was the Z50 series that is typically characterized by their 49cc OHC single-cylinder, air-cooled engine with a 3-speed semi-automatic transmission to ensure that it was easy to rider for children and novice adults.

In 2018 Honda delighted the motorcycling world by debuting a brand new Monkey bike, an all-new model based on the small Honda Grom with classic styling and a 125cc single-cylinder engine with a 4-speed manual transmission. 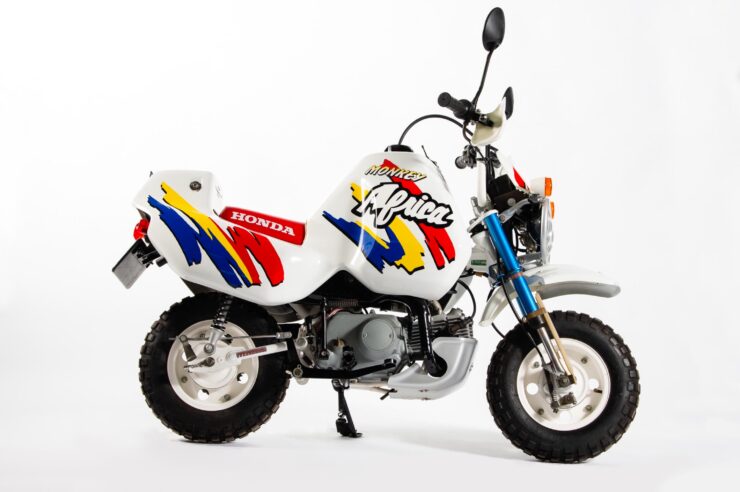 This is how the bike looks when completed, with all the kit parts installed along with the decals.

The Honda Z50J Monkey Baja Africa was built in very limited numbers by enthusiasts using a kit developed by Honda. This kit was a very simple affair, the fuel tank (cover), seat, side covers, and rear cowl were all a single moulded unit, and it came with a bash plate, a front fender, and the decal kit.

It’s not known exactly how many of these kits were sold or how many ended up being built, we do know that the bike is very rare and almost unseen outside of Japan.

The surge in popularity currently being enjoyed by adventure bikes combined with the fact that Honda recently launched new versions of both the Honda Africa Twin and the Honda Monkey have resulted in increased interest in the original Honda Z50J Monkey Baja Africa. 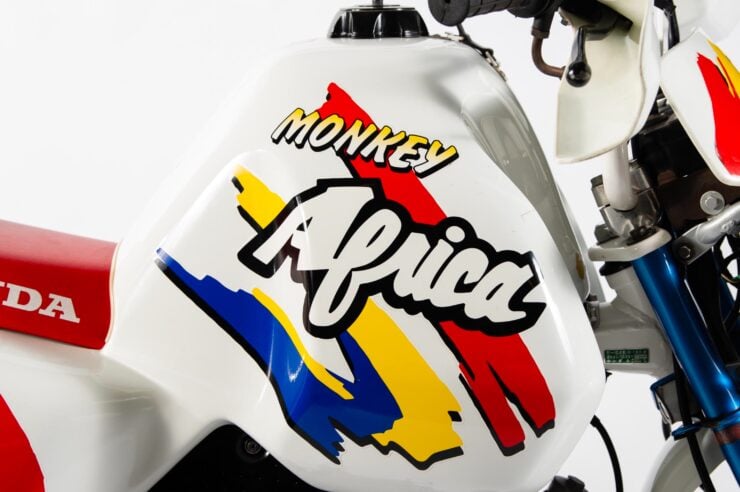 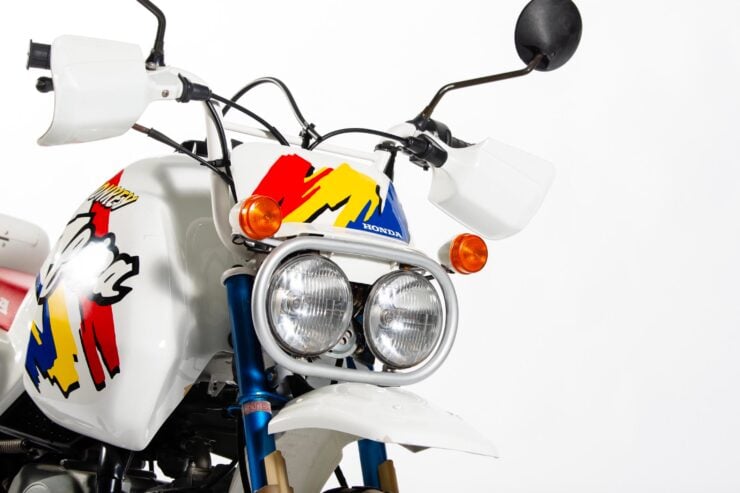 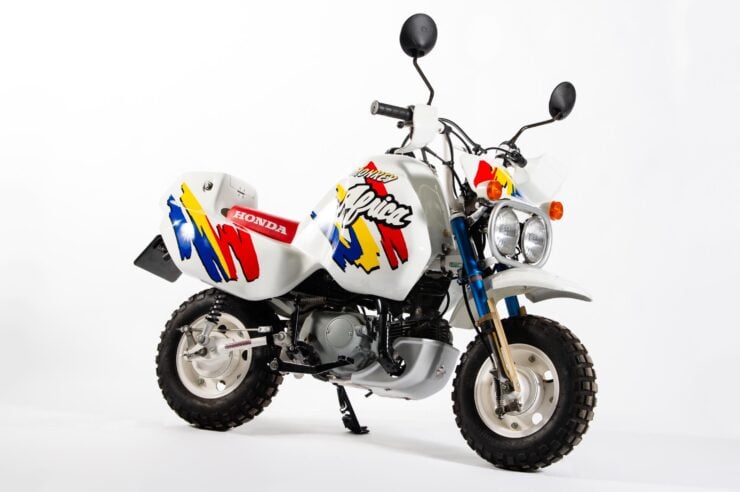 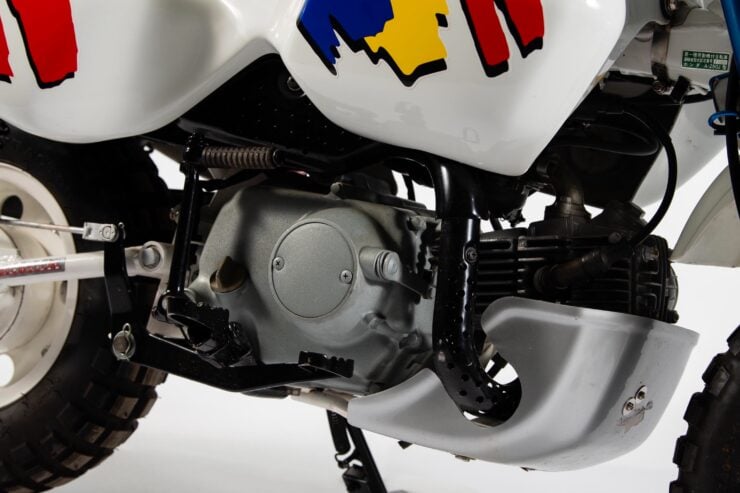 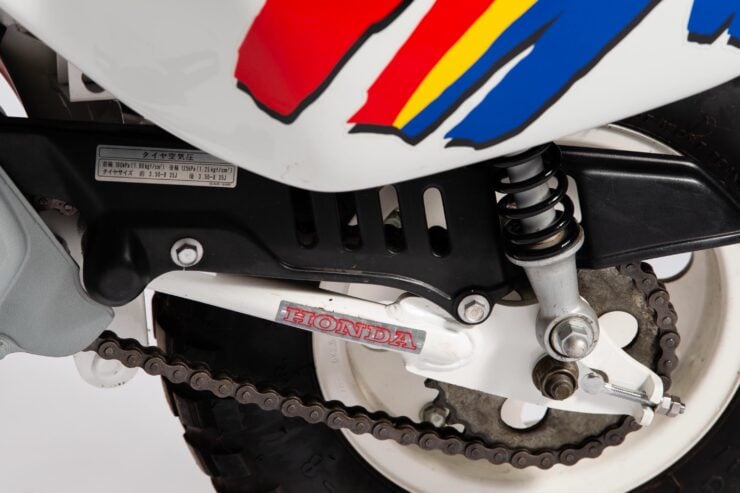 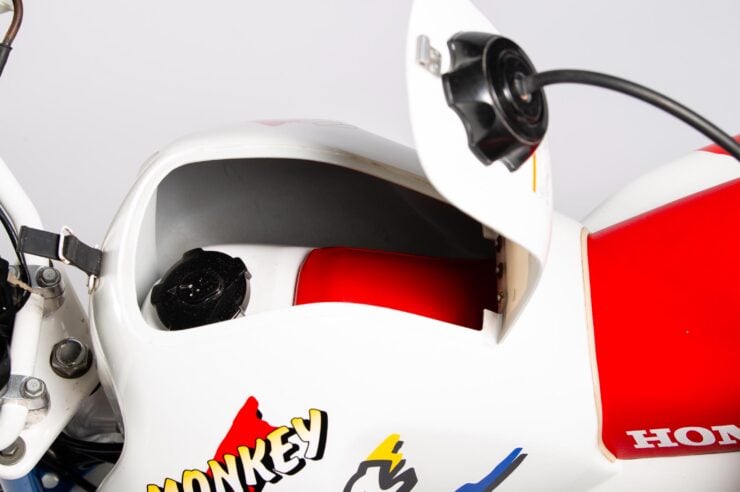 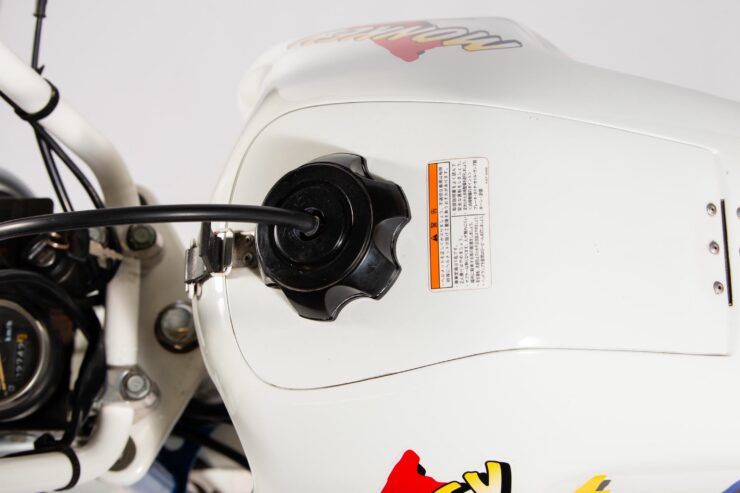 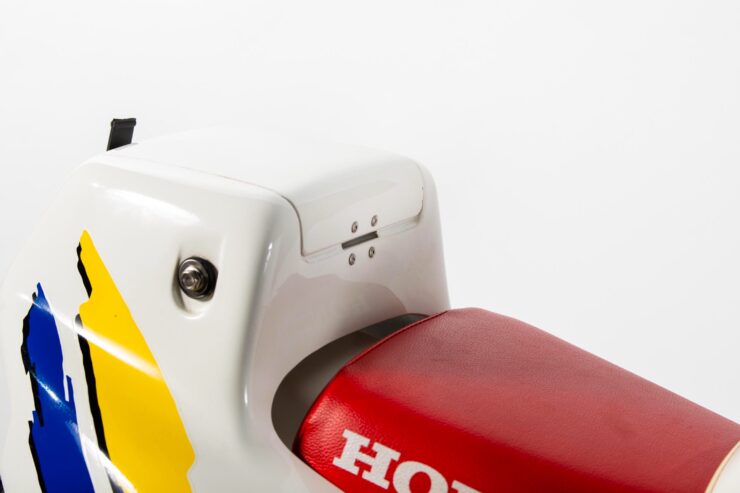