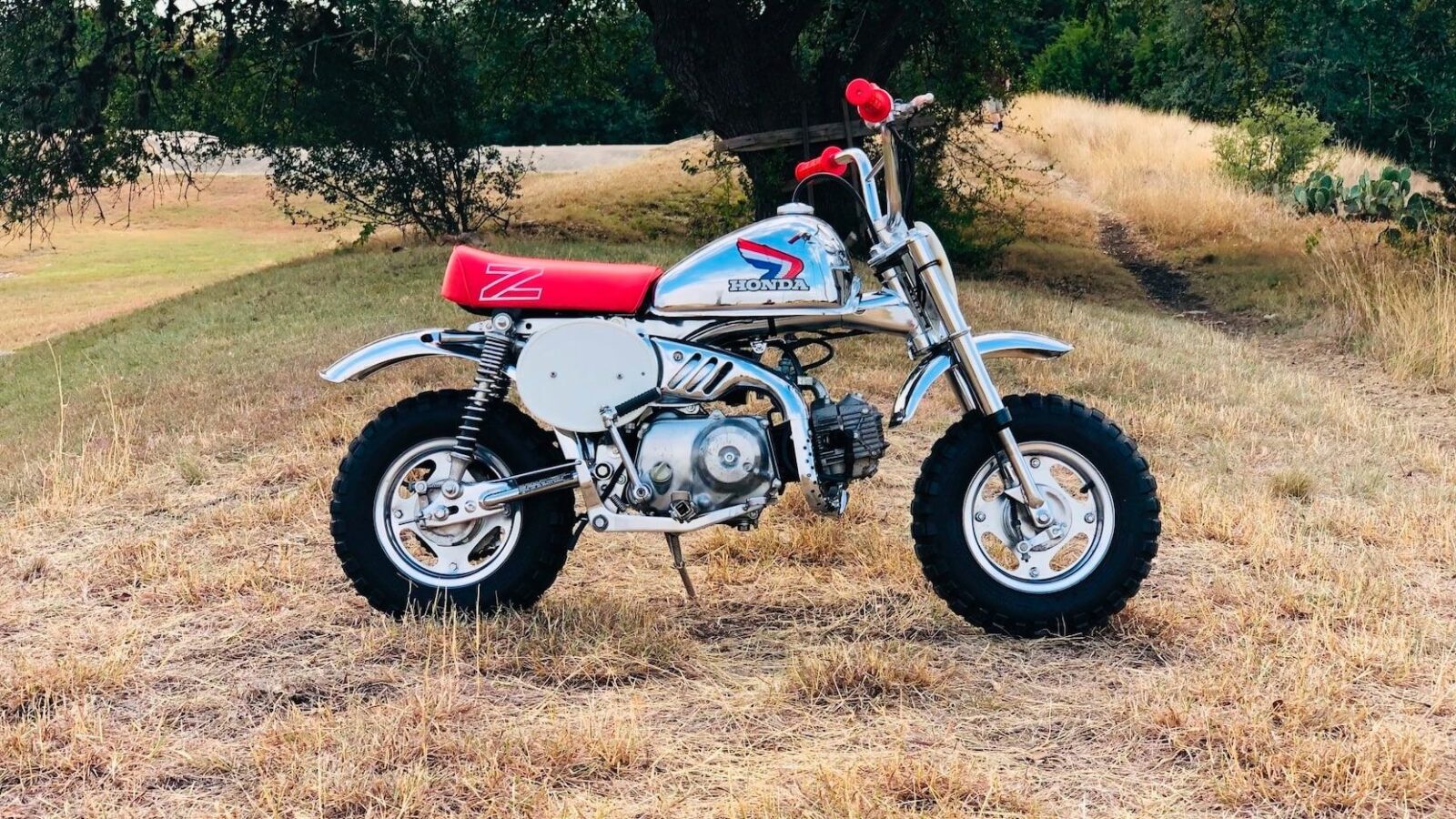 The Honda Z50R Christmas Special is one of the most desirable of the famous little Honda monkey bikes ever made. It was produced in very limited numbers, just two were sent to each dealer, and only high-performing dealers qualified to receive them.

The Christmas Special can be identified instantly thanks to the ample use of chrome – the frame, fuel tank, fenders, exhaust heat cover, fork tubes, and handlebars are all chromed. The model also has a red seat and red handlebar grips, with an eye-catching tri-color Honda wing logo on the fuel tank.

The original MSRP of the Christmas Special was high enough that at least some Honda dealers had trouble selling them, as it was too much money to spend on a kids motorcycle at the time.

Skipping forward to the modern day the plucky little Honda Z50R Christmas Special is one of the most desirable monkey bikes in the world and surviving examples are highly sought after by collectors. 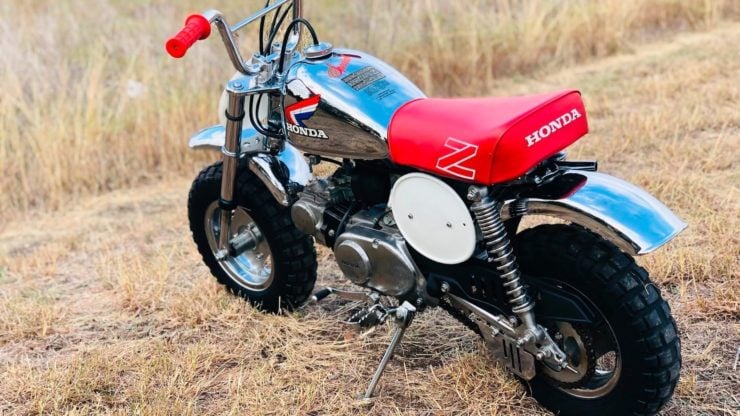 The basic specification sheet for the bike is the same as it was for all the other Z50 Hondas, they are powered by 49cc single cylinder, four-stroke, air-cooled engines with a foot operated three-speed semi-automatic transmission.

Front and rear drum brakes were fitted and the bikes had front and rear suspension, with twin shock absorbers in the rear and traditional forks up front.

The high fenders, high-exit exhaust, and braced handlebars were all chosen to give the bike similar styling to the full-size scramblers and much like the full-size bikes many Z50s spent most of their time on the dirt.

Interestingly the entire concept of the monkey bike started out largely by accident. Honda engineers designed a very simple minibike for use by children at a Japanese theme park. The wild popularity of these motorcycles took Honda by surprise and so they developed a consumer version which would be released in the 1960s. 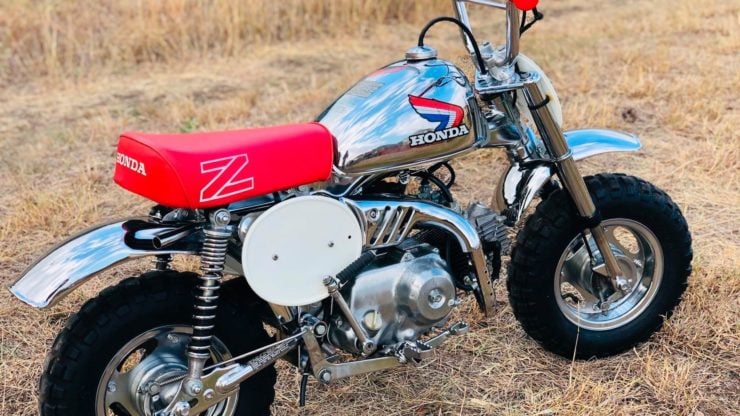 Early Honda monkey bikes were exceedingly simple, they had no front or rear suspension, they instead relied on soft tire sidewalls for cushioning and thick seats. Over time the models were developed further and many special editions were released, other Japanese motorcycle manufacturers developed their own versions, and many motorcyclists can trace their motorcycle history all the way back to one of these machines.

Despite their popularity with kids many of these bikes were ridden by adults who loved the low speed thrills. This was how the bike got the “monkey bike” moniker – as when adults ride them their knees are up high and their elbows are up, making them look like a monkey from behind.

The proceeds from the sale of the Honda Z50R Christmas Special you see here are going to the Curing Kids Cancer charity. It’s an organisation dedicated to funding cutting-edge research that will lead to better treatments with fewer harmful side effects, with the ultimate goal being the development of cures for childhood cancers.

If you’d like to read more about this motorcycle or register to bid you can click here to visit the listing on Mecum. The auction has no reserve and at the time of writing there’s no price estimate. 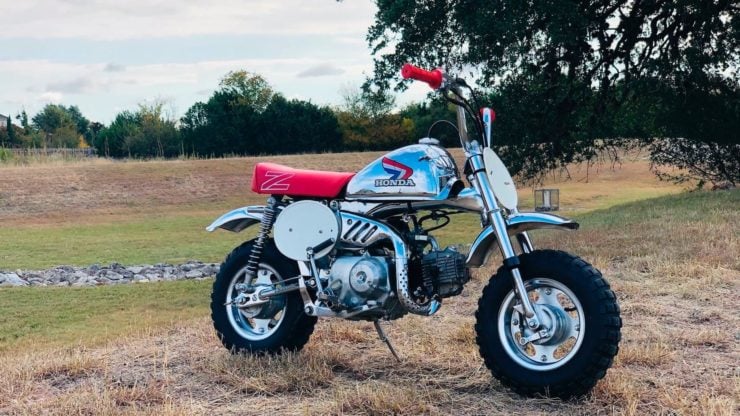 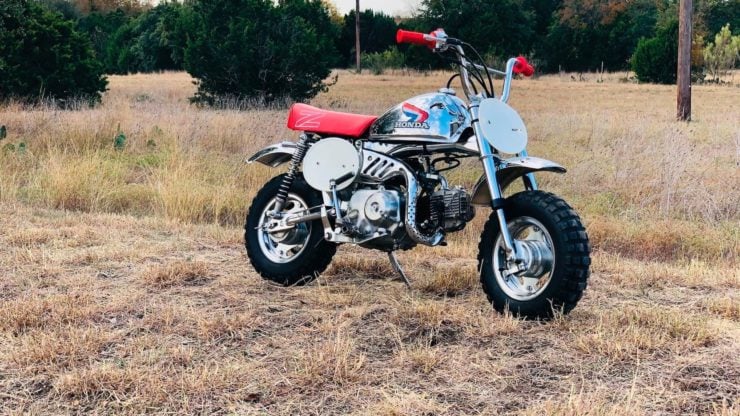 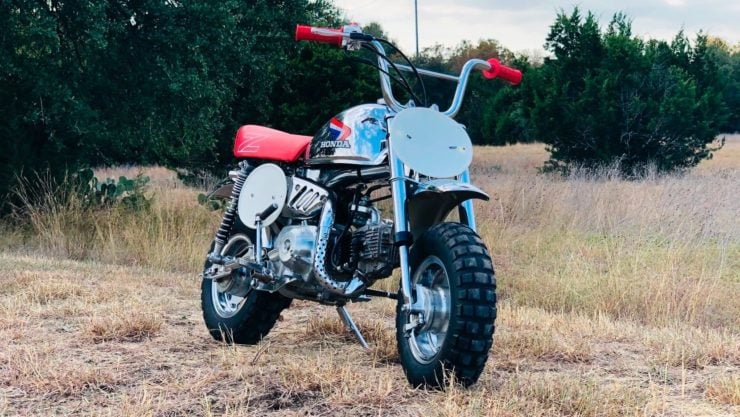 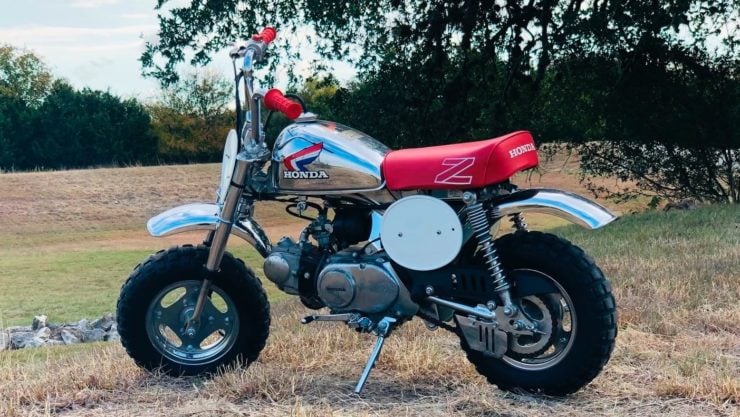 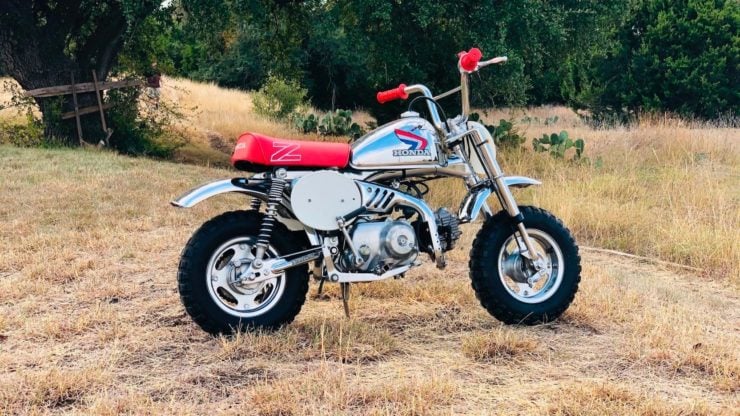