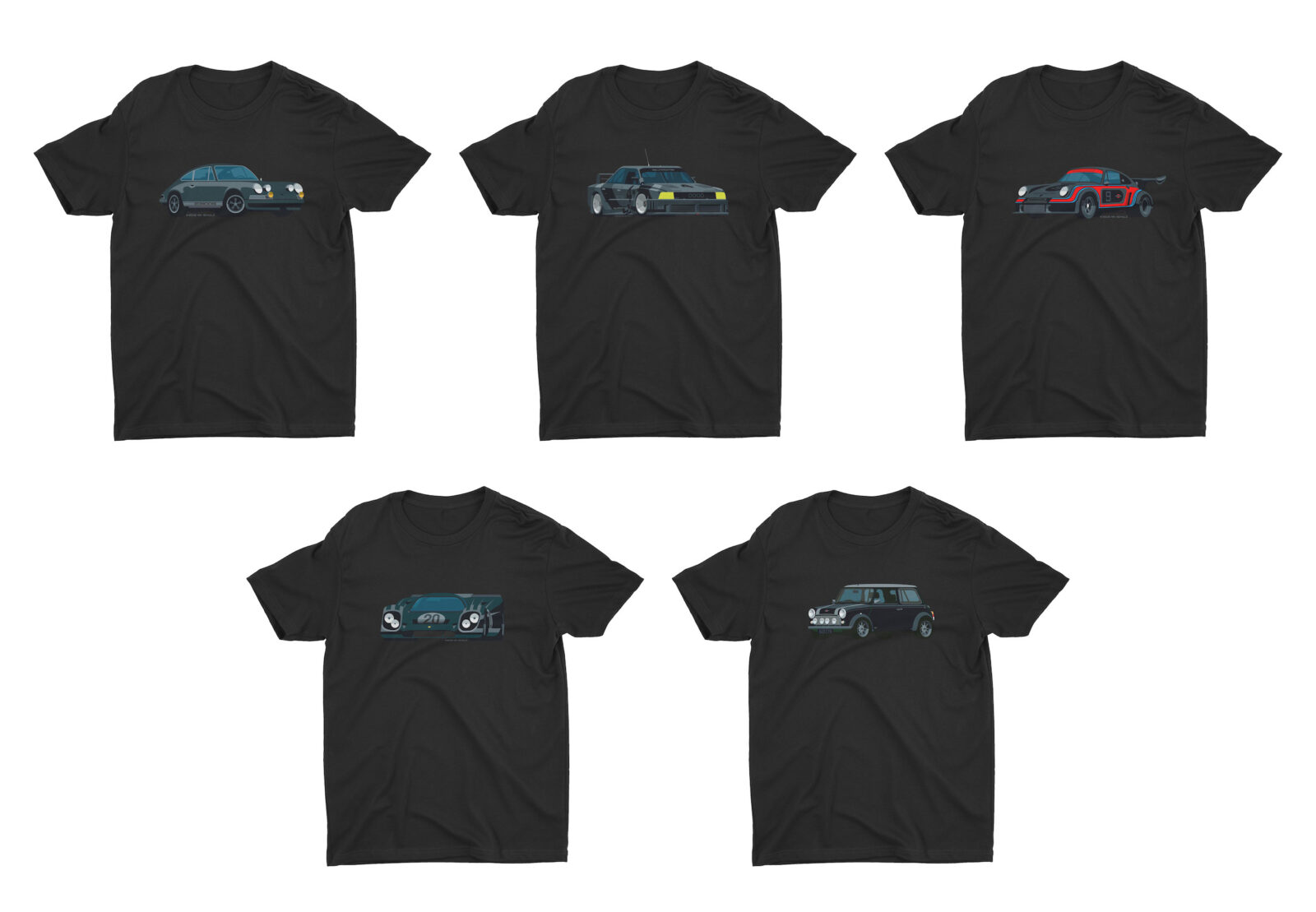 This series of tees by Nik Schultz of L-Dopa Design are called “Dark Mode”, he developed the series to showcase a series of motorsport icons against the blackness of a night sky, rather than the more traditional bright white.

The t-shirts include a modified Porsche 911 2.2, a Mini Cooper S, a Porsche 917, an Audi Quattro IMSA GTO, and a Porsche 911 Carrera RSR. Each is printed on jet black 100% combed ring-spun 4.3 oz cotton that is pre-shunk, and long-lasting inks are used.

The cars featured are all either out-and-out race cars like the RSR, the 917, and the Quattro, or modified sports cars like the 911 2.2 and the Mini Cooper S.

Each tee costs $24 USD and sizing ranges from S to 2XL, and you can choose any color you like so long as it’s black.

Nik has been running L-Dopa for years, he regularly turns out unique and unusual automotive designs including t-shirts, hoodies, and wall prints. He offers many of the wall prints as free computer wallpapers too, a great move that we wish others would consider too. 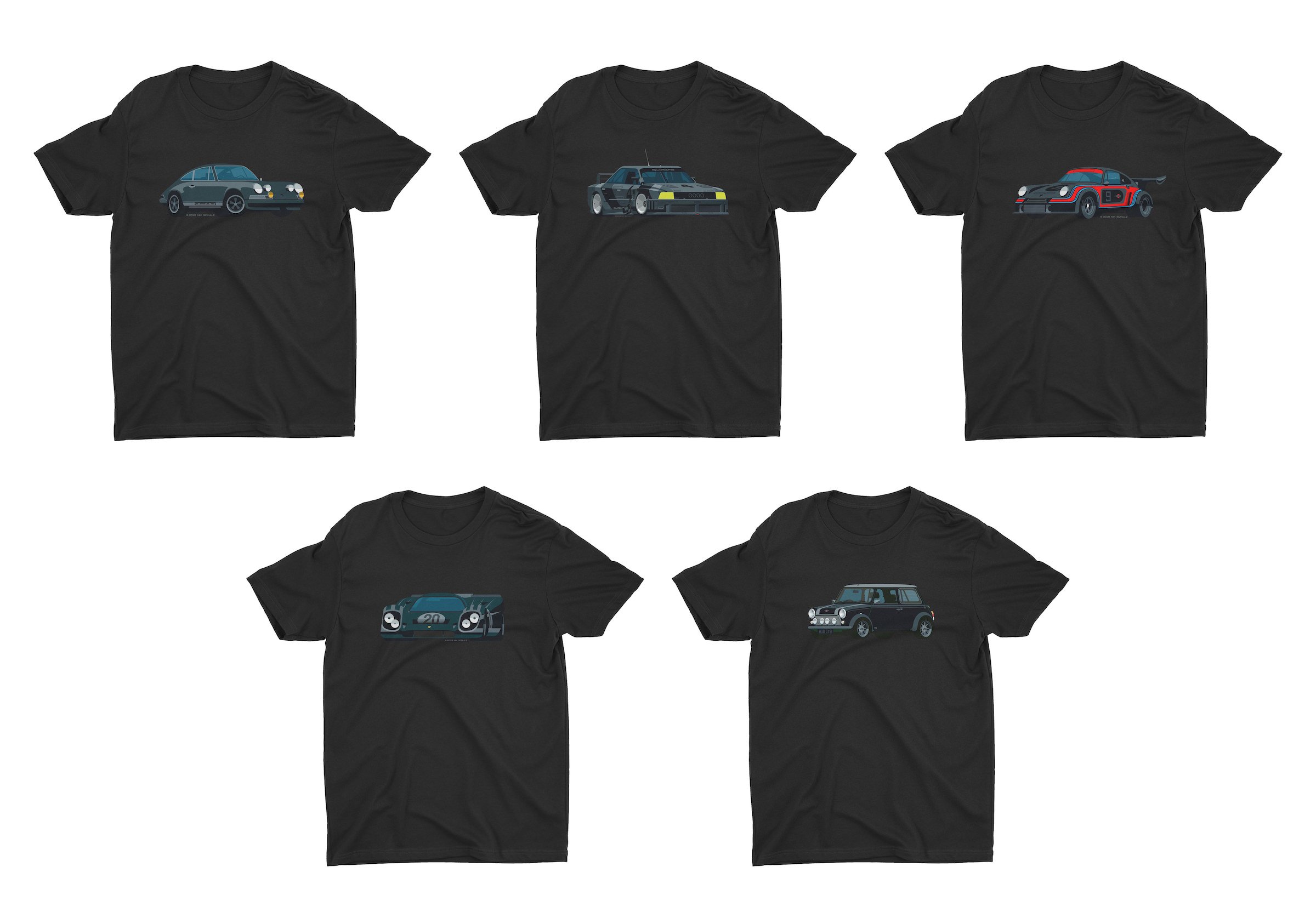