1 of 27 Ever Made: The Intermeccanica Indra Fastback Coupé 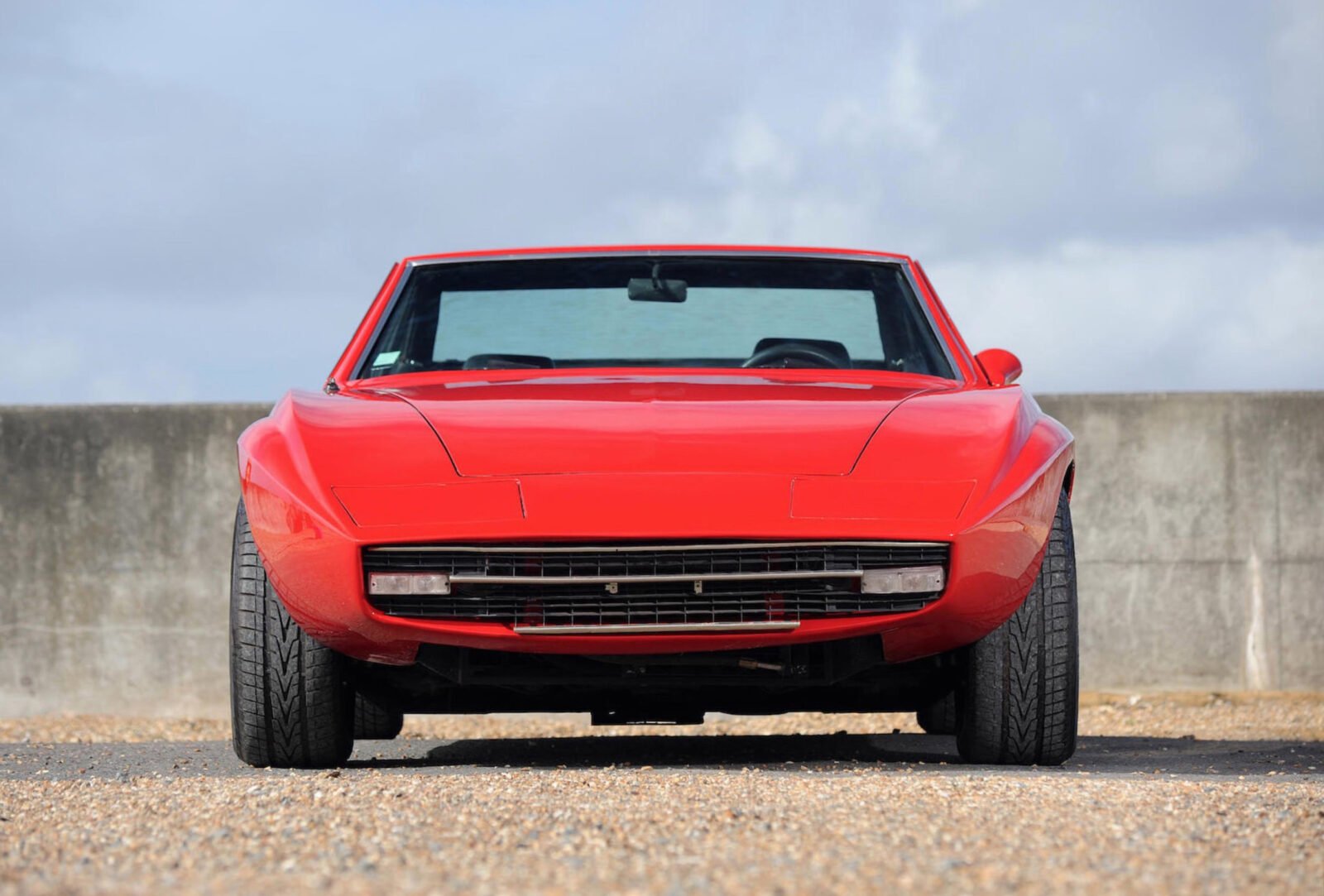 The Intermeccanica Indra was one of the most successful models from the Italian/American/Canadian company founded by the husband and wife team of Frank and Paula Reisner in Torino, Italy in 1959.

Many of the cars built by Intermeccanica including the Italia/Torino, the Apollo, the Griffith GT, the Omega, and the Indra featured beautiful Italian-themed styling with reliable and inexpensive to maintain American V8 engines and running gear.

Unlike many small volume automakers, Intermeccanica focussed largely on steel bodied cars, built by hand in Italy by skilled artisans. Most of the chassis and bodies were made in Italy before bering shipped to the USA to have their engines and drivetrains fitted, then delivered to clients who mostly lived in the USA.

Intermeccanica has a truly remarkable and largely untold story of survival, they started out making tuning kits for engines in Italy including carburettor kits, exhaust headers, and performance cams before building a small number of racing cars. 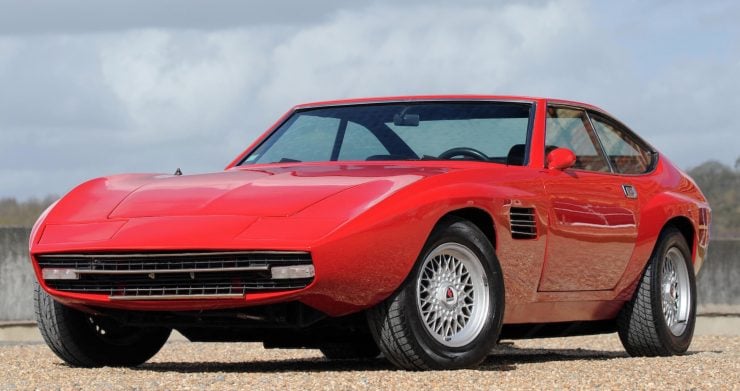 Small volume production of road-going sports cars came next, these were funded by a variety of entrepreneurs and included a surprising number of interesting cars that were built from the 1960s into the ’70s.

By the mid-1970s the company had relocated to California and began to build Porsche replicas, over the intervening years they developed a series of Speedster replicas and other cars including a recent all-electric model called the e-Roadster.

The company is now run by Frank and Paula’s son Henry Reisner who has been responsible for bringing Intermeccanica into the 21st century, including the development of the all-electric e-Roadster.

Some still hold out hope that Intermeccanica will one day return cars like the Italia or the Indra to production, however it seems clear that the only reason the company survived so long is because of the hugely popular replica model line.

Most of the Indras were powered by either 327 or 350 cu. in. Chevrolet V8 engines with either manual or automatic transmissions, though some were fitted with straight-6 Opel engines for the German market and sold through the official Opel dealer network. 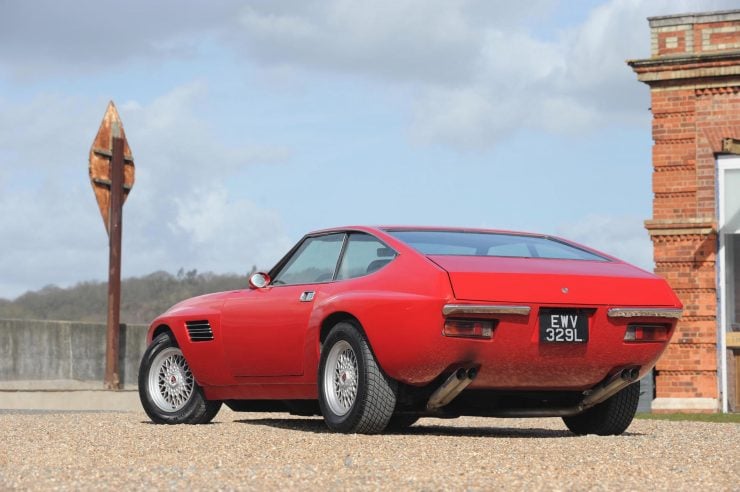 The Indra was first introduced at the 1973 New York Automobile Show, the reception was overwhelmingly positive and many orders were taken at the show. A dealer network was set up, and things were looking good for Intermeccanica.

Sadly, General Motors changed their policy of supplying engines and parts, they also instructed their subsidiary Opel to cease supplying engines to independent manufacturers. This was an almost critical blow for Intermeccanica, fortunately 127 cars were built before the engine supply dried up. 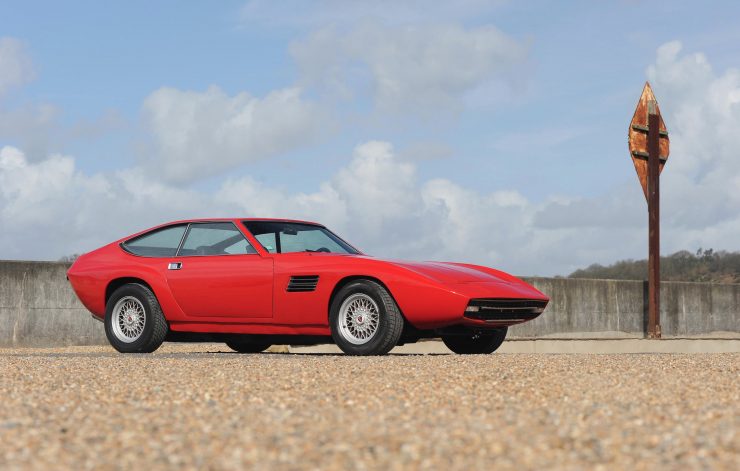 The Indra would be the last of the production cars from Intermeccanica with its own in-house design, today it’s remembered as one of their most beautiful cars and the interest among collectors has been climbing steadily.

The Intermeccanica Indra you see here is a 1973 model fitted with a Chevrolet Corvette 327 cu. in. (5.4 litre) V8 mated to a TH400 automatic transmission.

The car belonged to owners in Switzerland and France before being bought by its current owner in the UK, and it comes with copies of the lapsed French registration along with the UK V5C registration certificate, the UK MoT to March 2019, and receipts for maintenance and parts through the previous 7 or 8 years of ownership.

It’s due to roll across the auction block with Bonhams on the 30th of June with an estimated price of €60,000 to €90,000. If you’d like to read more or register to bid you can click here to visit the listing 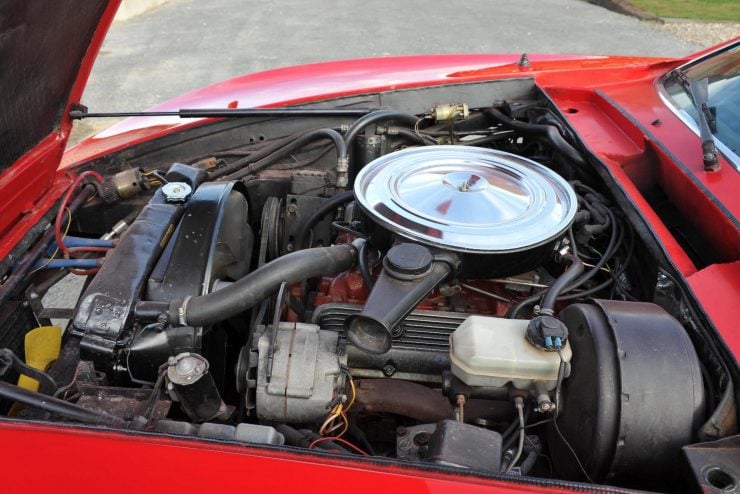 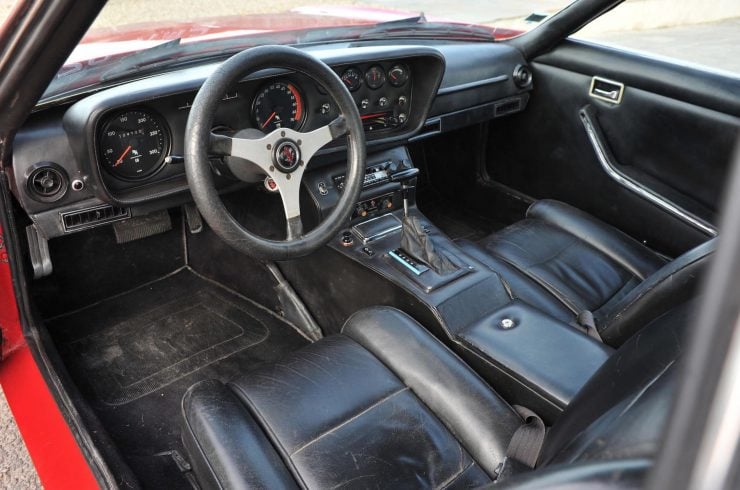 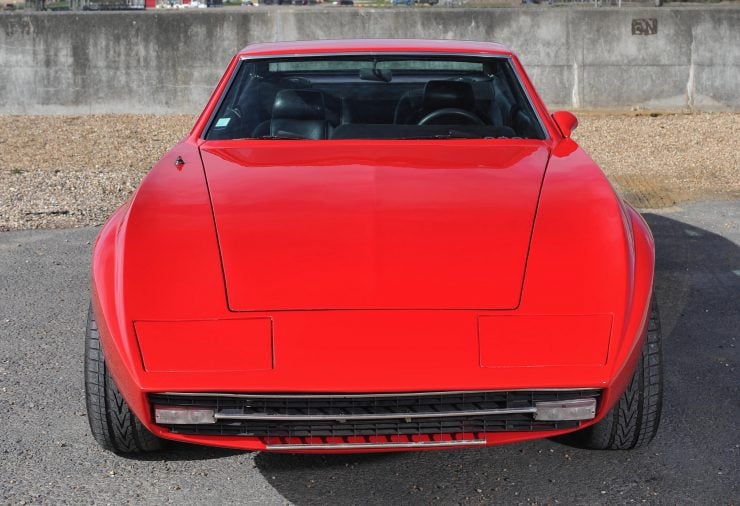 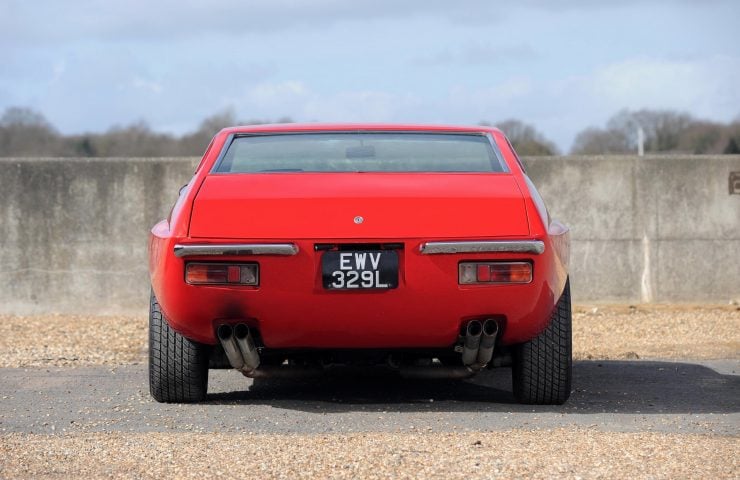 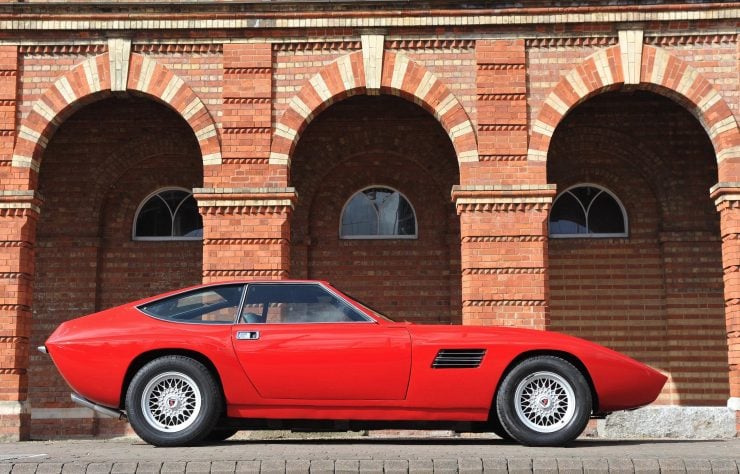 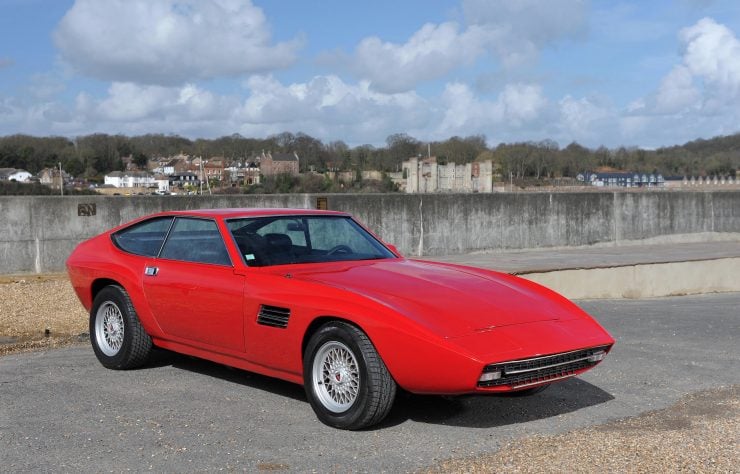 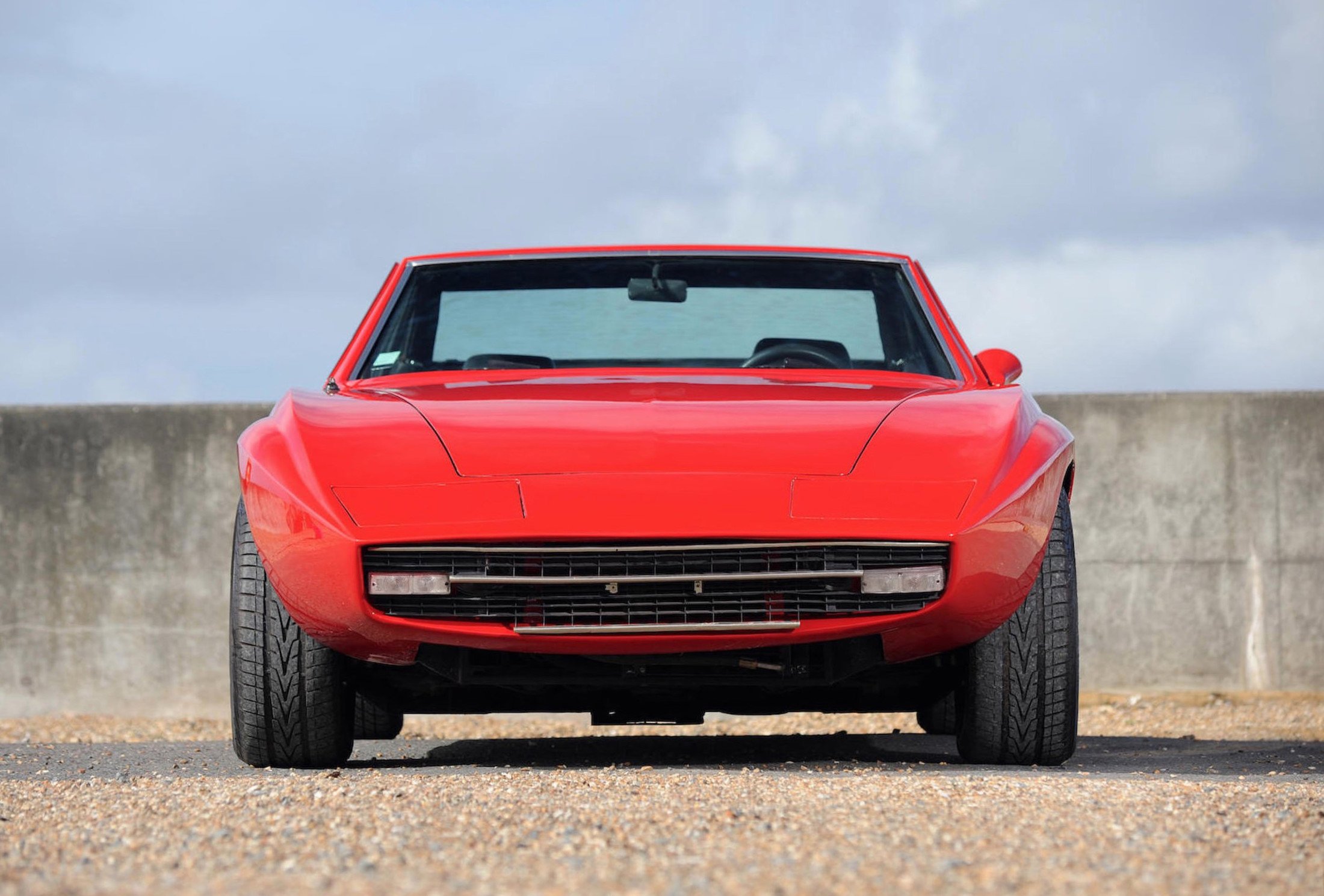