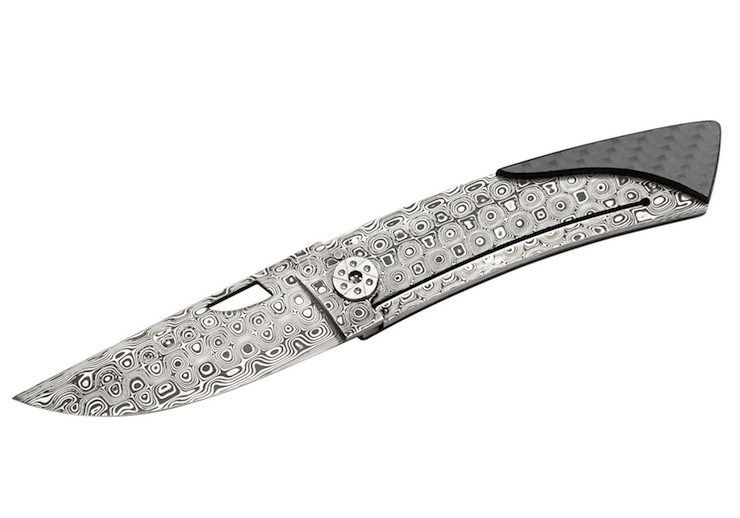 Damascus Steel is created by folding layer after layer of steel and results in a beautiful pattern sometimes reminiscent of bubbling or flowing water. The process was first used in 300BC and quickly became popular throughout much of India and the Middle East, due to the high carbon content of the blades they’re able to hold an exceedingly sharp edge and there have been many legends about swords made using the technique being able to cut through rifle barrels.

In 2006 researchers in Germany published a report revealing that nanowires and carbon nanotubes existed in a blade forged from Damascus steel, going a long way towards explaining the stunning resilience of the blades created as a result of Damascus forging process.

The pocket knife you see here is made using high-grade Swedish rose stainless damascus steel coupled with carbon fibre in the handle. Each knife is 6 7/8″ open and 4 1/8″ folded, they’re made in France and they’ll make a hell of a cool family heirloom. 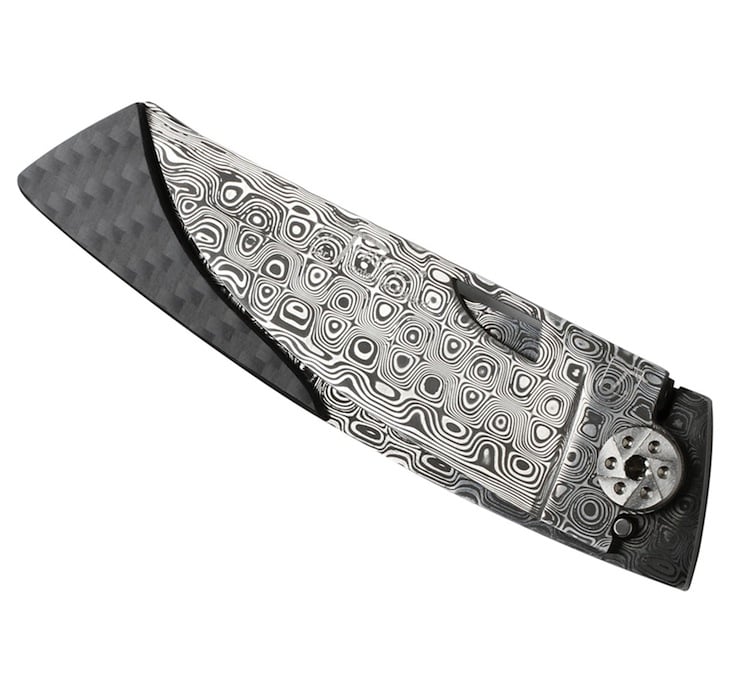 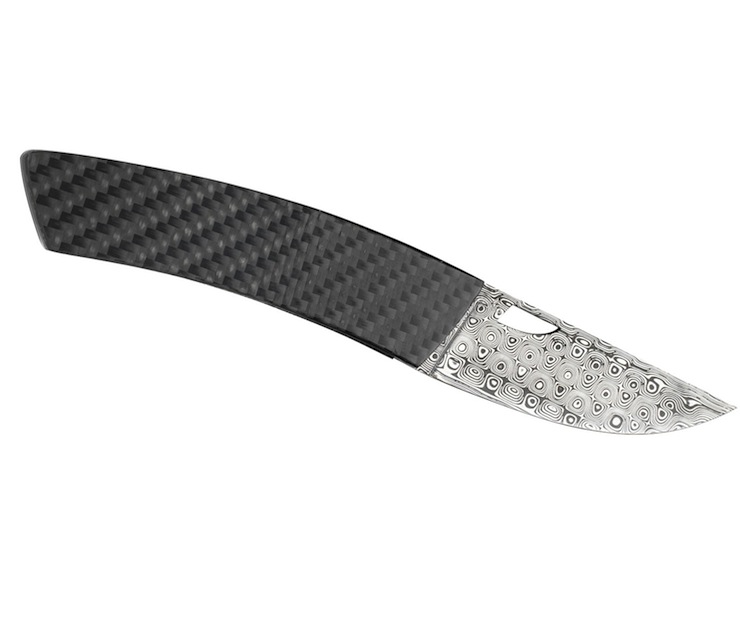 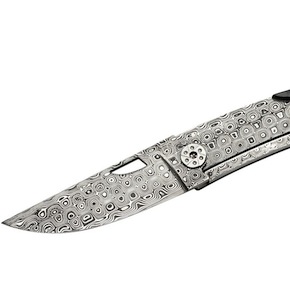