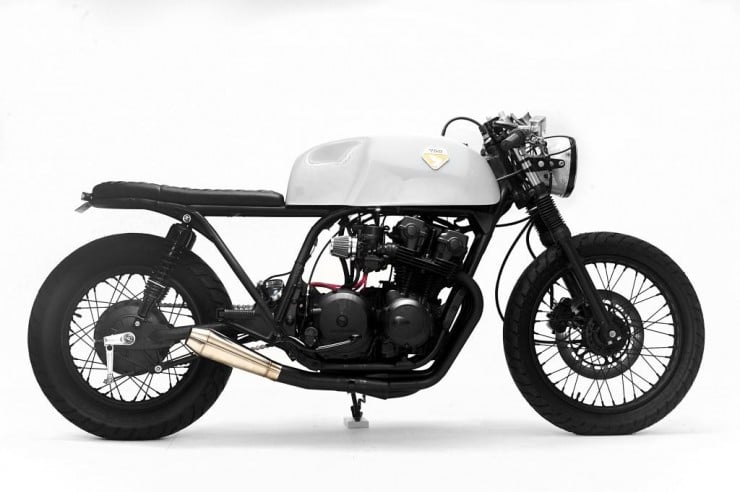 This 1981 Honda CB750 has been reworked by Michael Mundy and the talented team over at Steel Bent Customs, as with most of their custom bikes, it’s sale price was in the $8,000 USD region – making it a highly affordable vintage cafe racer.

The bike was bought by the team at SBC as a decent but worn ’81 CB750, as with all their builds the bike was pulled apart and gone over thoroughly. A Legends fuel tank was acquired as per the client’s specification and a removable seat cowl was added at the rear to allow room for the Mrs, mag wheels were replaced with a pair of spokes and a new 4-into-1 exhaust with a Cone Engineering silencer was added.

To finish off the classic cafe racer look, a set of clubman handlebars were added, the headlight was lowered, the carburettors were ultrasonic cleaned and a set of 4 pod air-filters were added.

If you like the look of this minimalist CB750 from Steel Bent Customs you might want to visit their website here to view their other builds. Most of them come in with a price tag in the sub-$8,000 range and they welcome input from clients on specifications for new bikes. 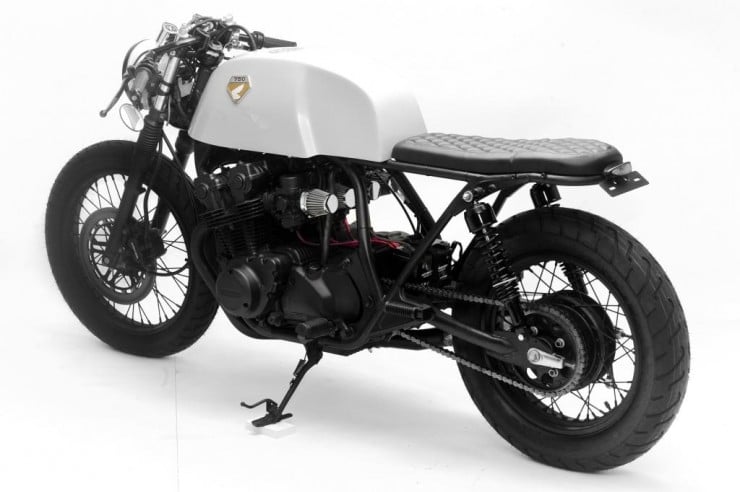 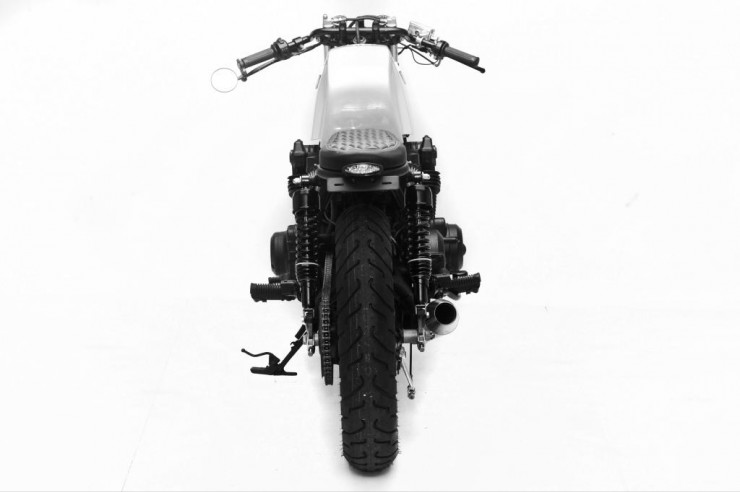 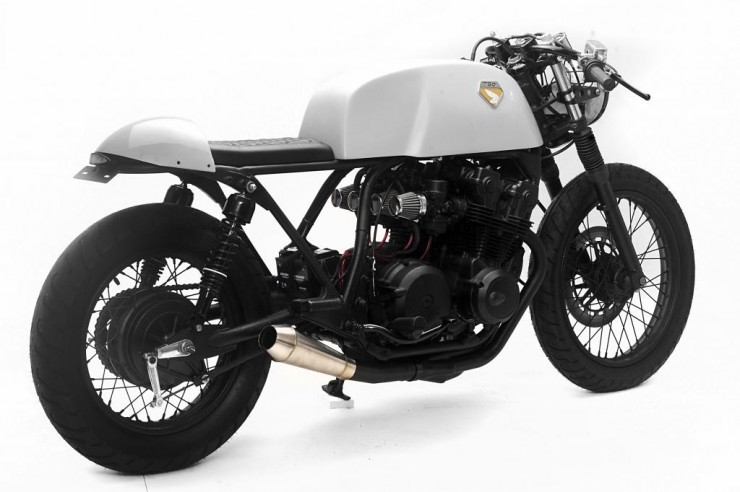 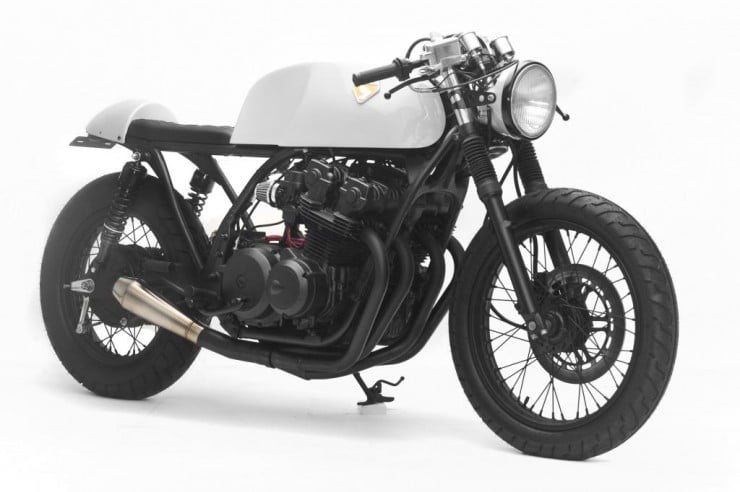 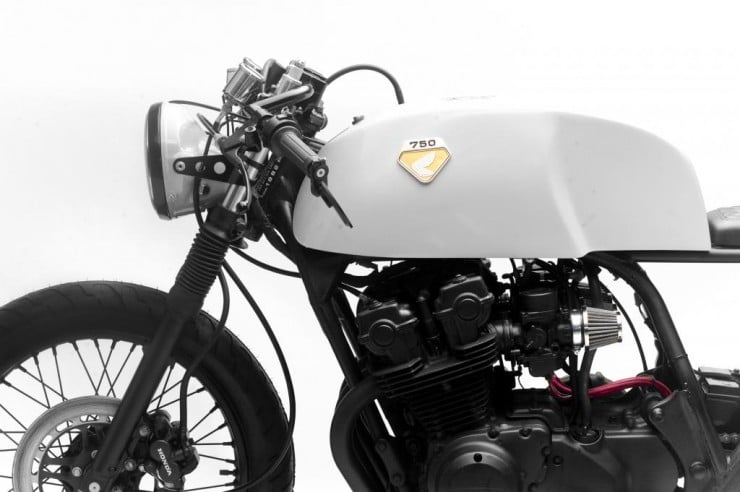 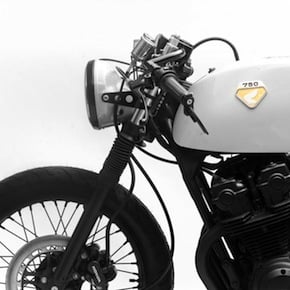