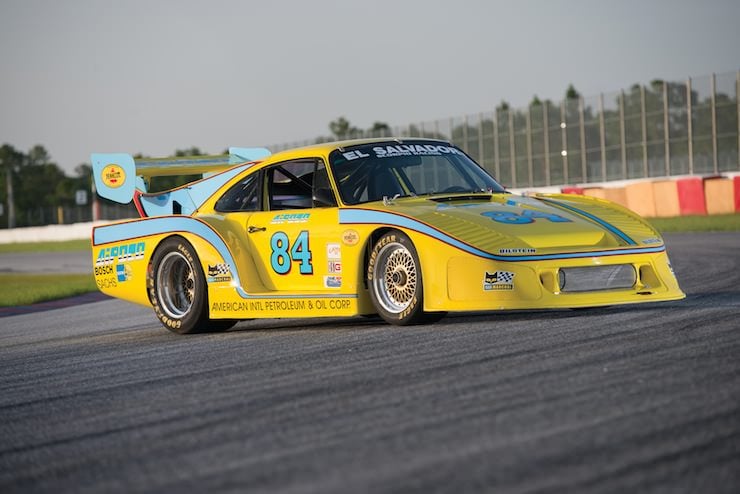 This 1976 Porsche 934/5 IMSA Racer, dubbed “El Salvador”, is a former world championship winning racer that’s seen action right around the world. Its first ever race outing was at the 24 Hours of Le Mans in 1976 where it took an impressive 2nd place (in class) in the capable hands of the Gelo Racing team headed by Georg Loos.

Throughout the rest of ’76 the car would race at the Mugello 6 Hours (finishing 6th overall, 2nd in the GT class), then later at the Nurburgring 1000Kms it finished 2nd overall.

In 1977 the car changed hands – its next owner was the talented Swiss privateer racer, Claude Haldi who would race the 935 in World Championship and European Championship road racing events, plus a few European hillclimbs. Claude took the Porsche back to LeMans in 1977 however it was forced to retire due to a transmission failure and wouldn’t get to repeat its remarkable 2nd place finish from a year earlier.

In 1978 Claude Haldi sold the car on to a South American driver racing under the unusual pseudonym ‘Jamsal’, this new owner had the original 934 specification car modified to 935 specification with twin-turbochargers, he then raced it in North American IMSA events as well as South American races until late-1981. During this time, the highly capable Porsche 934/5 won the 6 Hours of El Salvador – which gave its owner the World Champion title.

In the early-80s, the car was fully re-bodied (into its current form) with K3/M13 bodywork, the new owner also fitted an Andial-built, flat-fan, twin-plug, 3.2 litre engine. It was in this guise that the car was treated to a full restoration in 2005, it’s now in stunningly clean condition and is being offered for sale at the upcoming Monterey Auction held by RM Auctions on the 16th of August 2013. There’s currently no estimated price available but you’ll need at least a million dollars on hand to win the auction, you’ll then be able to pay for a tank of gas with the change. Maybe.

You can visit RM Auctions here to read more and see the rest of the images. 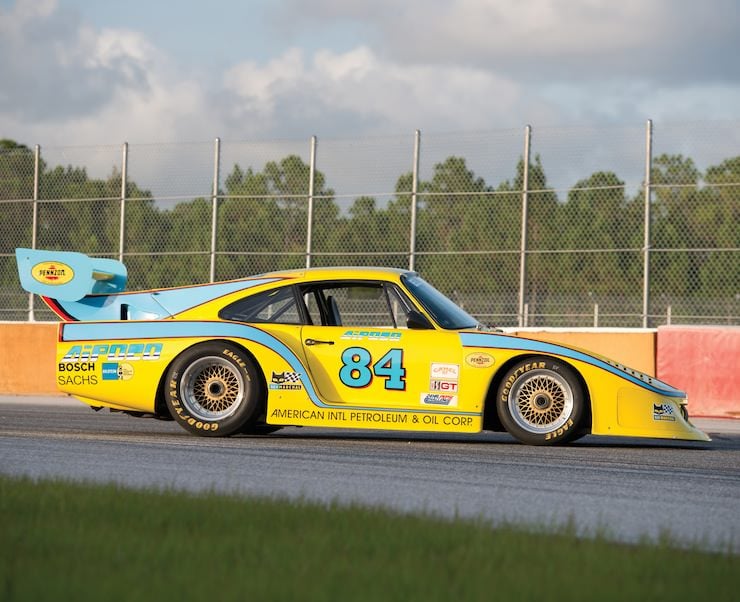 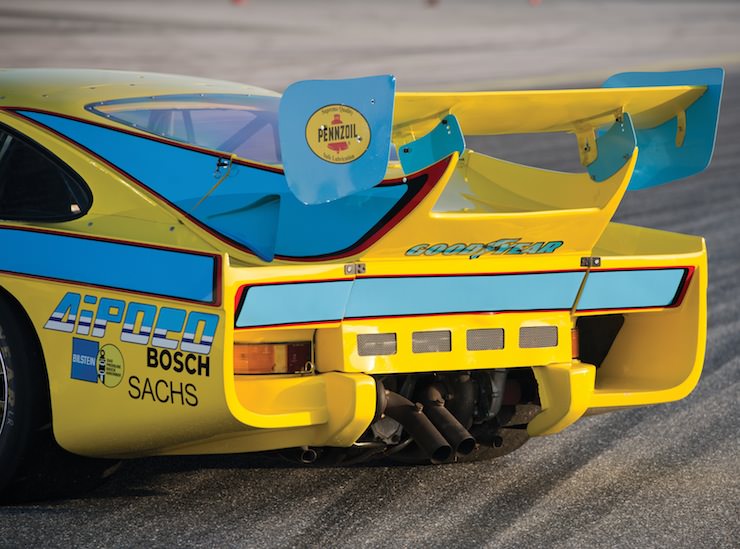 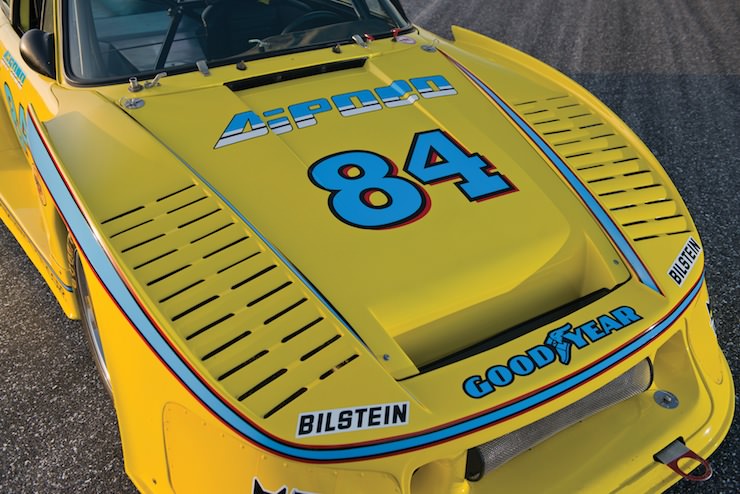 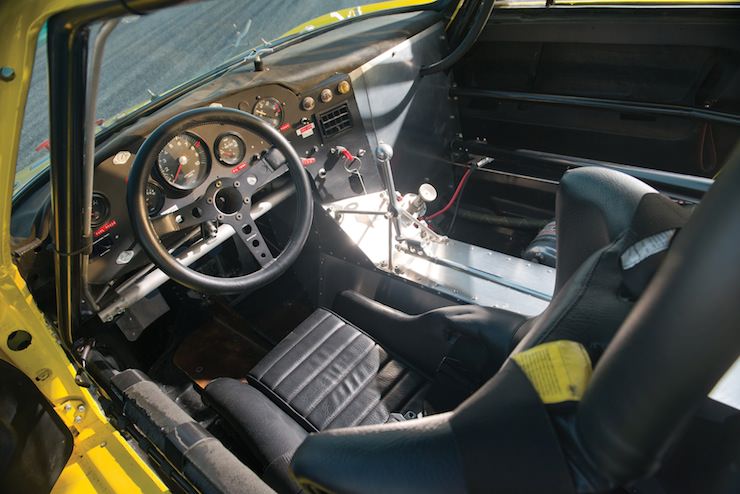 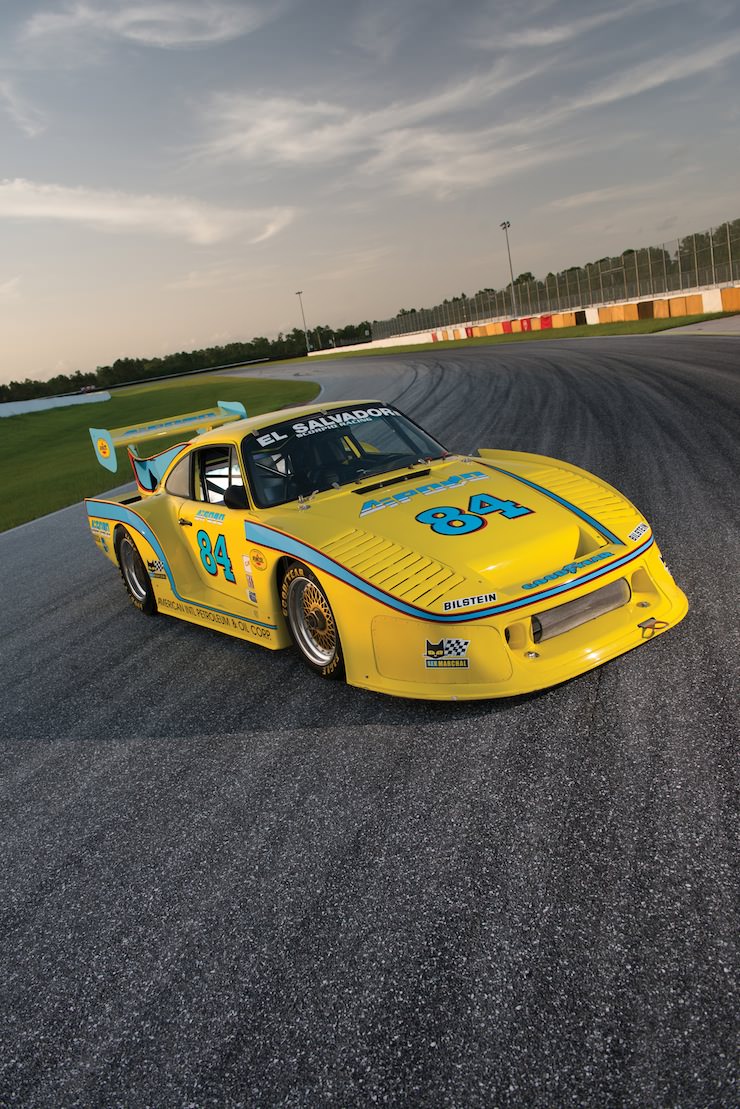