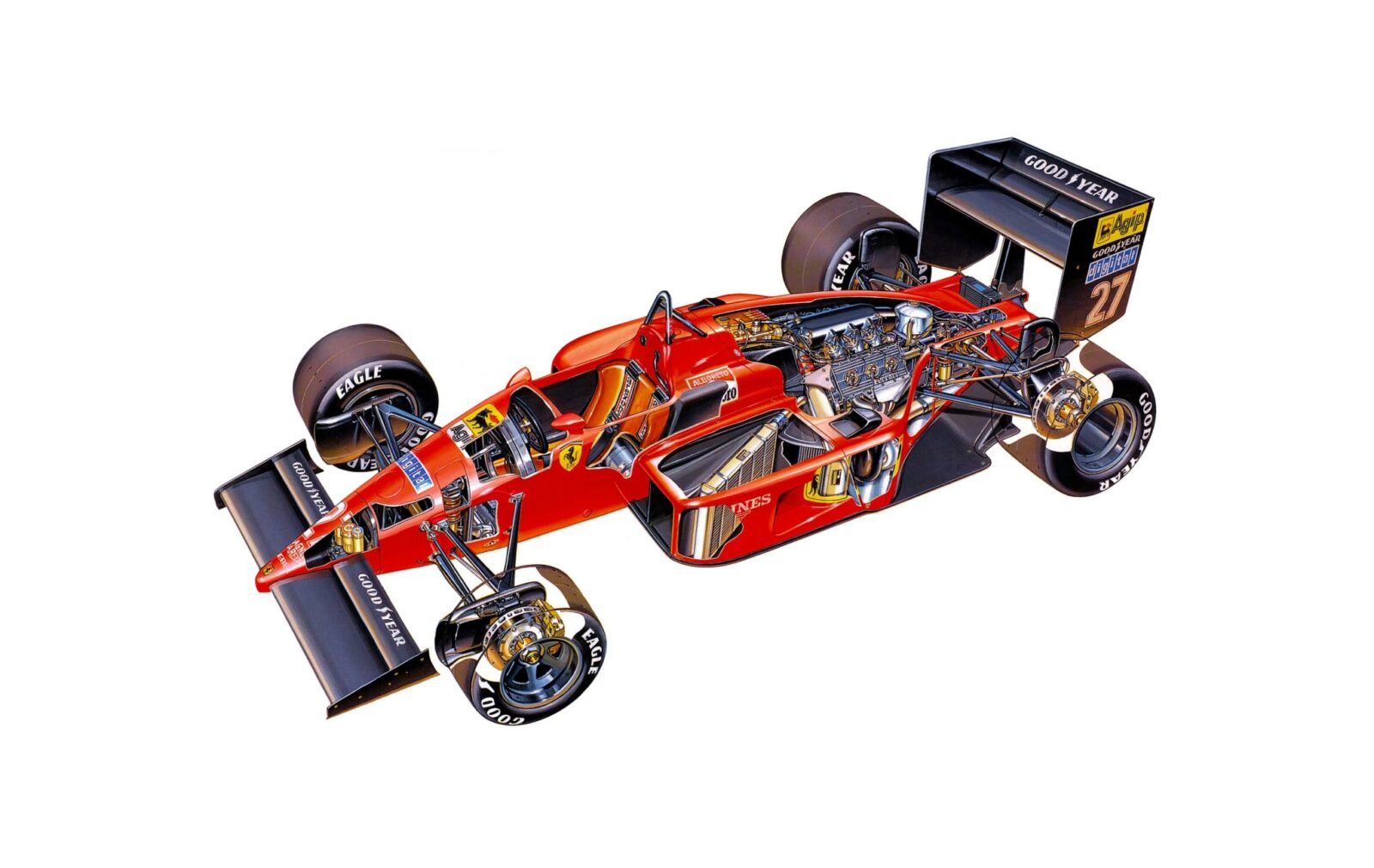 The Ferrari F1/87 gave the storied Italian marque its first back-to-back victories since 1981 – 6 years earlier. The car was so good towards the end of the 1987 season that Ferrari became favourites to win the championship the following year.

This cutaway shows the all-new for 1987 90° 1.5 litre turbocharged V6 engine called the Tipo 033, it was capable of 950 bhp in qualifying trim and approximately 880 bhp in race trim. It was piloted by Michele Alboreto and Gerhard Berger, the latter managed two victories at the Japanese Grand Prix and 1987 Australian Grand Prix, as well as three pole positions. 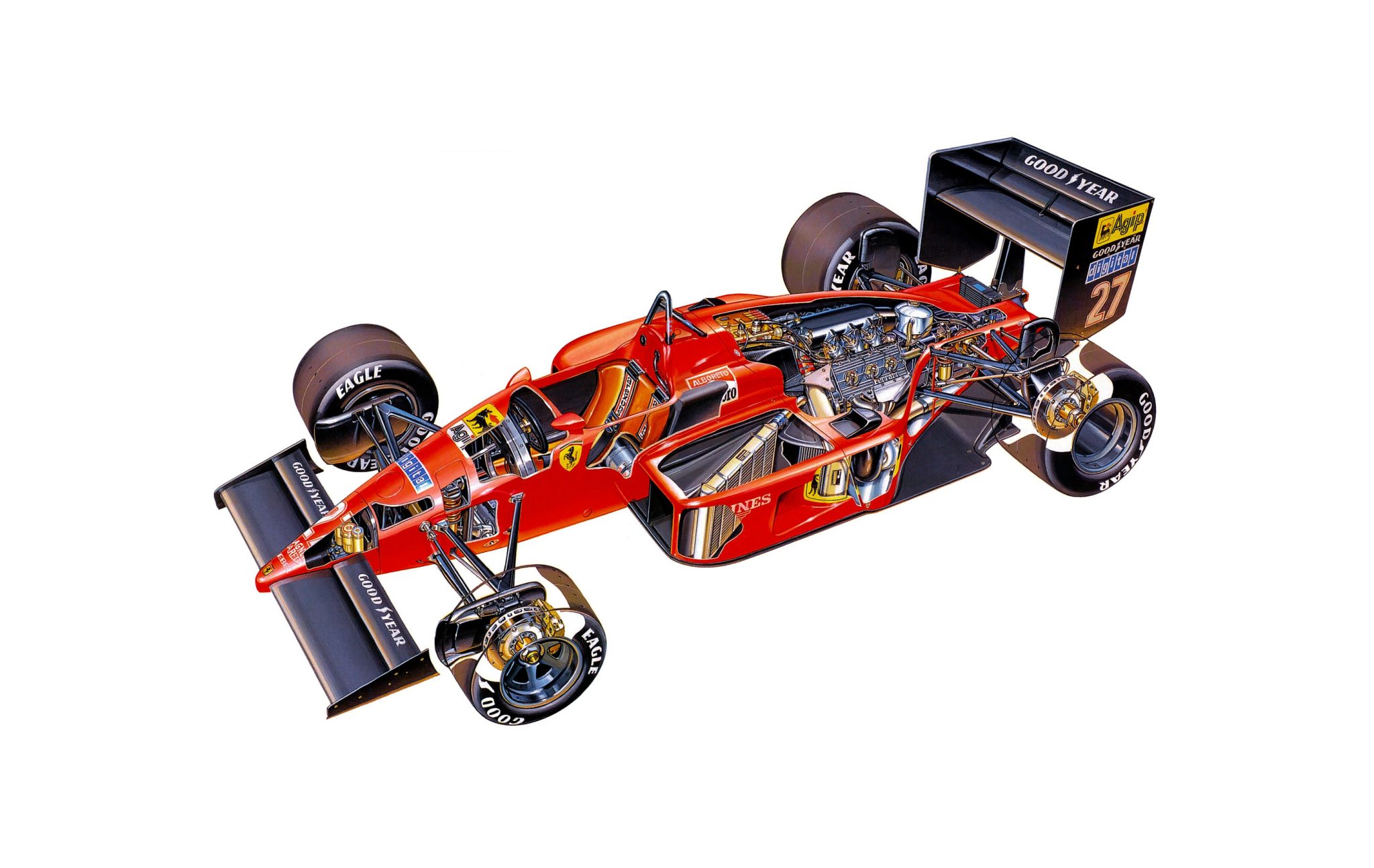