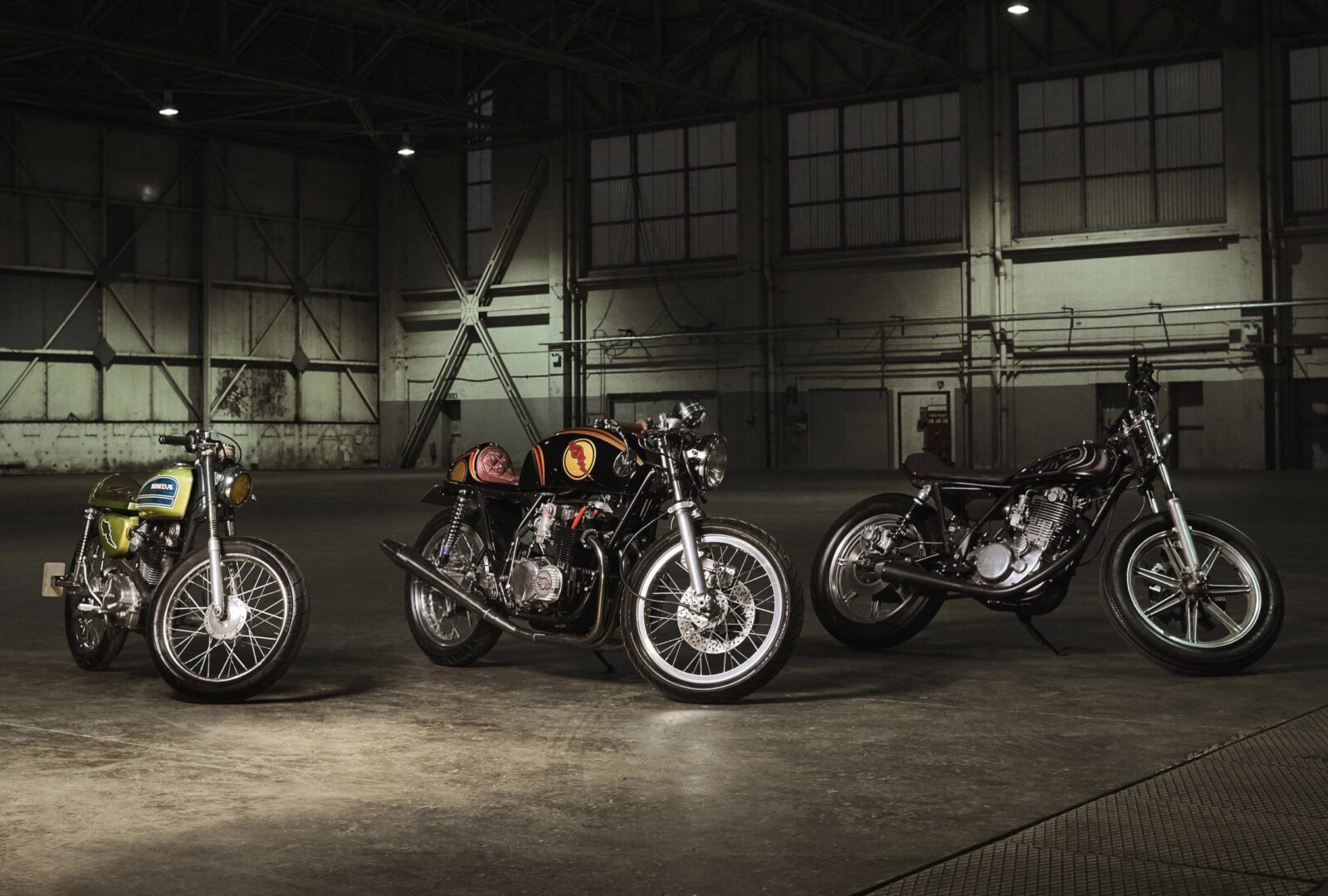 This collection of three custom motorcycles were all hand-built by pioneering British street artist D*Face, aka Dean Stockton.

The work of D*Face is celebrated alongside other modern street art luminaries like Banksy, Shepard Fairey, JR, Swoon, and Invader. In a way, these modern artists share many parallels with the leading lights of the impressionist movement, who were initially shunned by the establishment. Years of hard work has resulted in an oftentimes begrudging respect from the art scene, and street art is now one of the fastest growing elements of the modern art world.

“They’re rideable, functional sculpture, with the ability to be rolling artworks, fit for the museum but also the road and track.”

“I enjoy bending that line to see where I can stretch it to – that’s part of what drove the concept of Rebels Alliance. I’ve never liked anything standard, for me it has to be unique – that’s what these three bikes were born from.” – D*Face 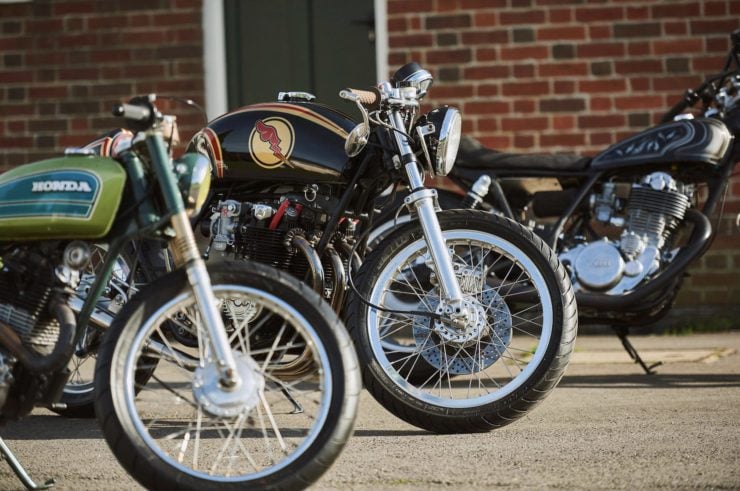 Unlike many custom motorcycles built by artists, D*Face’s three builds are entirely rideable and useable as daily transportation. D*Face is a founding member of the “Rebels Alliance”, a motorcycle club based in Shoreditch, East London.

The builds were completed in 2012 (First Born), 2014 (Spoiled Brat), and 2015 (Green Terror), and they’re now being offered for sale individually by Bonhams at the Modern & Contemporary Art Sale in London on December the 17th.

It’s rare to see custom motorcycles being sold at art auctions, so it’ll be interesting to see what these three sell for. I can only hope they got to collectors who actually ride them rather than keeping them cooped up on a display stand.

This was the first of this series built by D*Face, it’s based on the wildly popular Honda CB550, a motorcycle that tends to live in the shadows of its big brother – the CB750. This isn’t altogether fair to the CB550 though, it’s an excellent motorcycle in its own right, and it’s better suited to tight, twisty street use in big cities like London.

When building this custom, D*Face stripped it bare and de-tabbed the frame, he then refreshed the engine internals, added bespoke strengthening plates to the frame, cropped and looped the subframe, and relocated the battery for that open mid-frame look.

A new hand-formed alloy fuel tank and hand-stitched leather seat with an integrated cowling were added with custom paint by D*Face, velocity stacks were added to the carburettor and a 4-into-2 exhaust system was fitted. The bike also has a hand-made alloy swing arm, and Morad flanged alloy wheel rims. The bike is a great example of a modern cafe racer, and it’s road legal in the UK, coming with a V5C Registration Certificate. 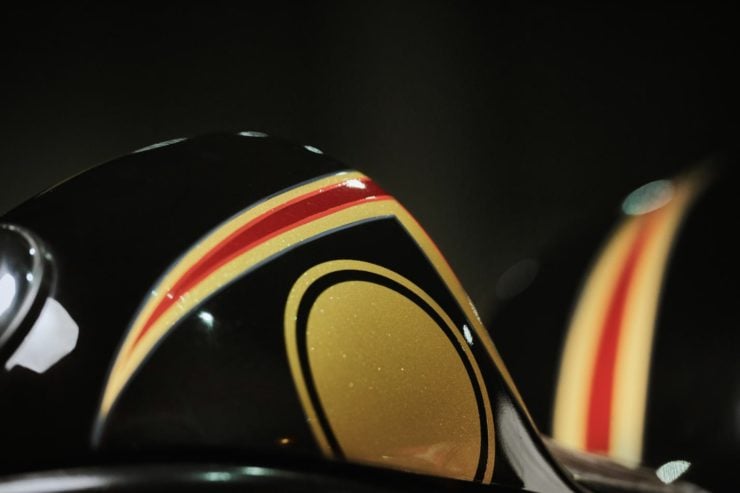 The Yamaha SR500 and its modern equivalent, the SR400, need no introduction. It’s one of the toughest motorcycles ever designed with a bulletproof single-cylinder engine, with a single overhead cam, a single inlet valve, a single exhaust valve, a single carburettor, and a single exhaust pipe. There’s not much that can go wrong, as is evidenced by the fact that this same engine won the first and second Paris Dakar Rallies, in 1979 and 1980, when it was fitted to the Yamaha XT500.

D*Face built this bike in 2014, he de-tabbed the frame, cropped and looped the subframe, and then set to work on the engine. The SR500 engine responds well to performance tweaks, so an 88mm Wiseco high-compression (10:1) piston was added, as well as a high-lift camshaft, a Mikuni TM40 carburettor, and the inlet manifold was modified for higher flow.

It’s road legal in the UK and it comes with a V5C Registration Certificate. 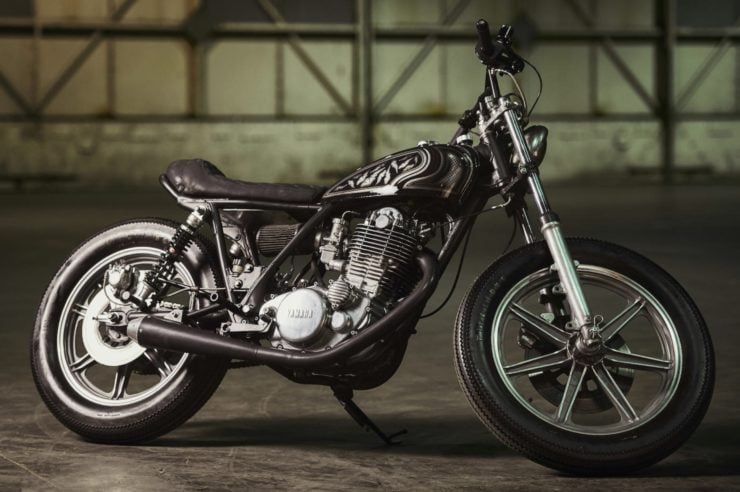 Many of us started out riding motorcycles in the 125cc class, and as commuter bikes they remain one of the most popular engine sizes. Typically speaking, 125cc street motorcycles offer almost bicycle-like pinpoint handling, excellent fuel economy, and cheap insurance.

This commuter custom by D*Face was built in 2015. It was stripped completely, the frame was de-tabbed and powder coated, and the forks were rebuilt with brass-plated external springs. The bike also benefits from a new wiring loom, a solid state charging system, a bespoke exhaust, and the engine has been bored out to 190cc for a little extra punch.

It’s road legal in the UK and it comes with a V5C Registration Certificate. 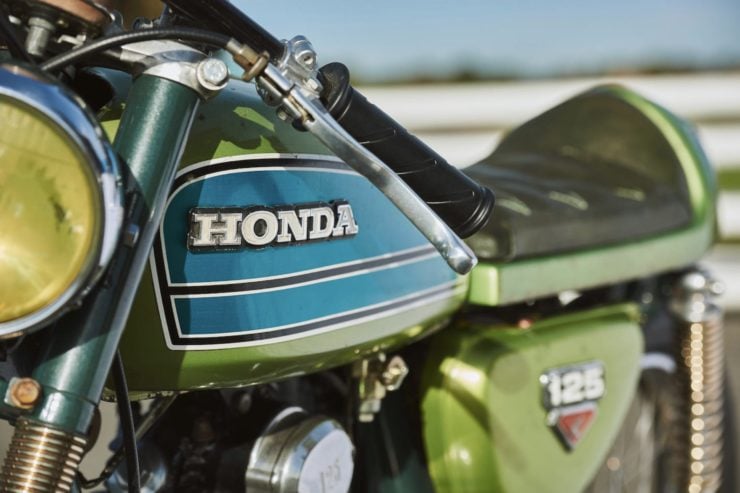 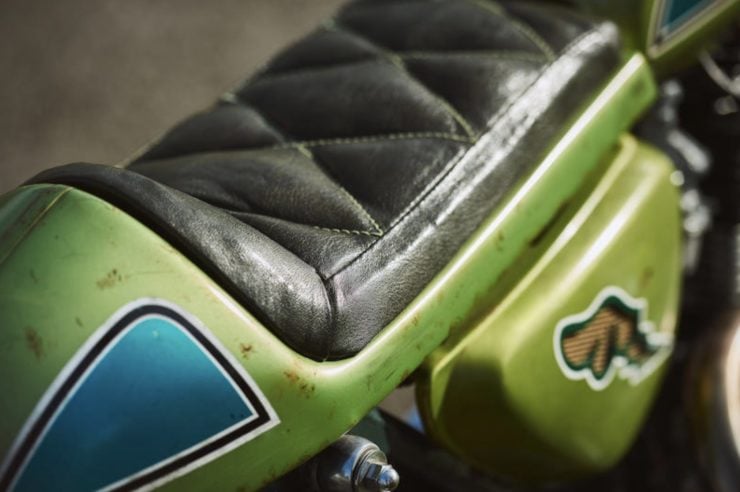 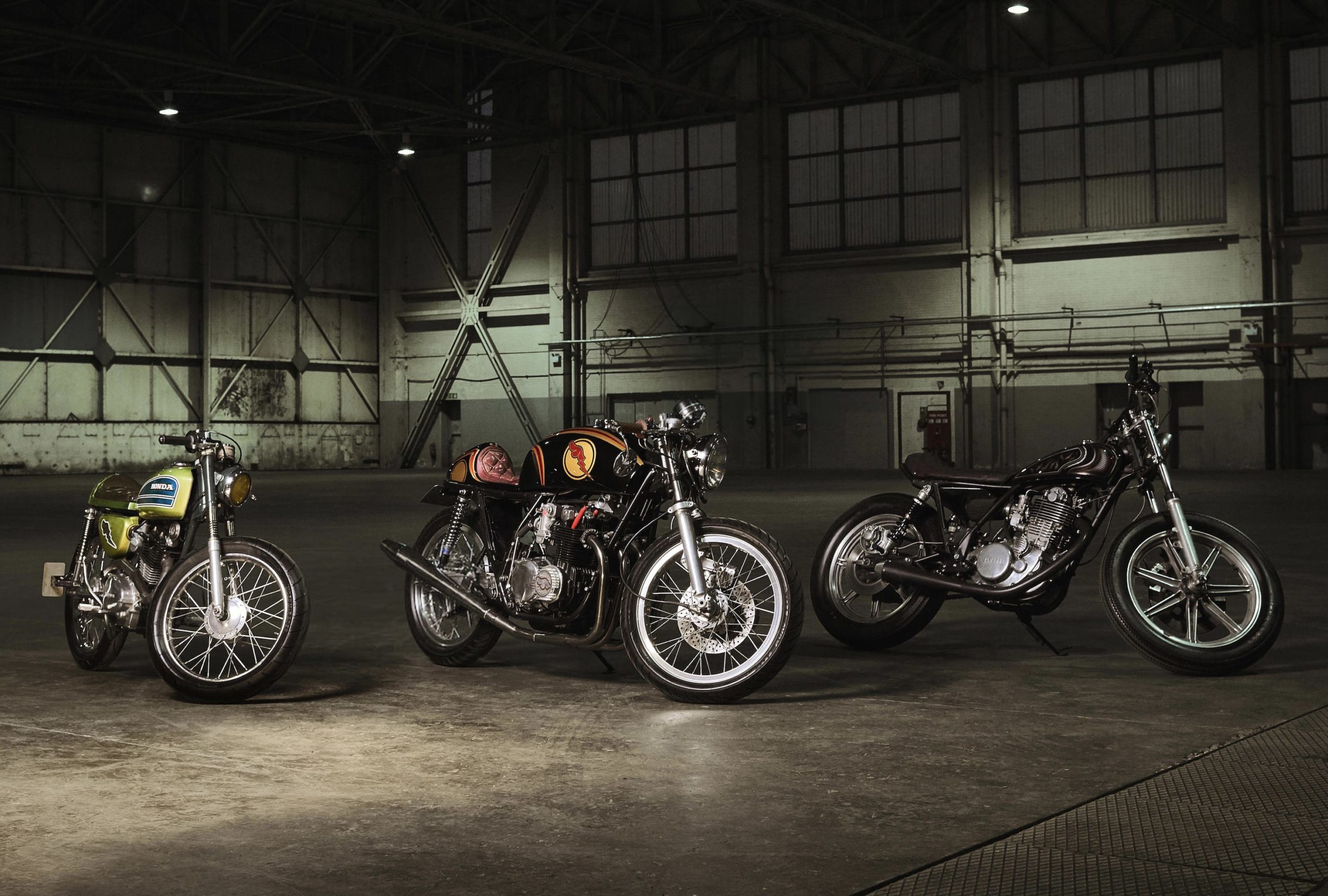