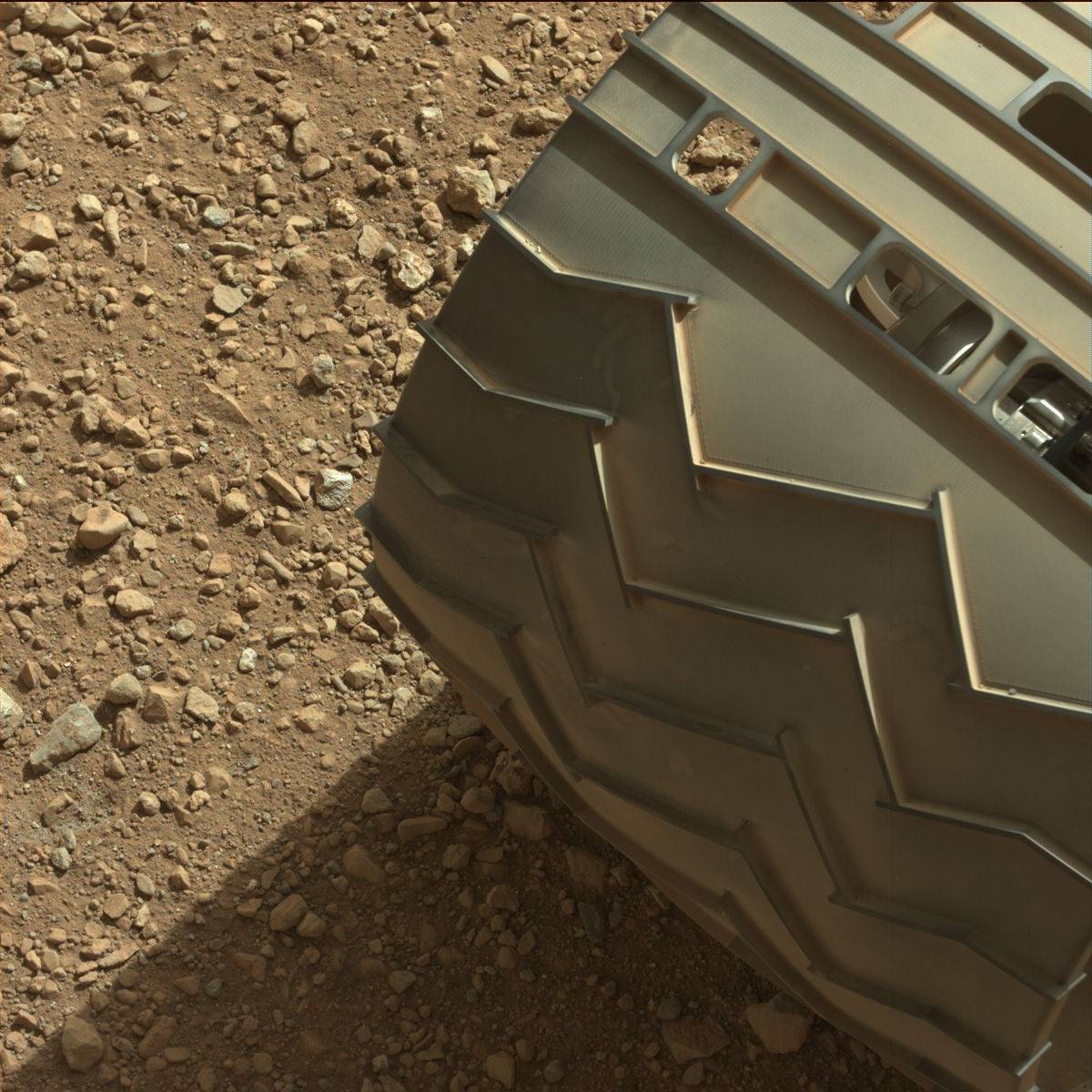 Although Curiosity isn’t technically gasoline powered, I think the rover is one of the finest machines we’ve ever built as a species. She’s the size of a Mini Cooper (the new one) and is powered by a reactor fuelled by 4.8 kg of decaying plutonium-238 dioxide, Curiosity contains 10 times more scientific instruments than we’ve ever put on Mars before as well as the most advanced cameras and lenses.

If you take a look at the tread pattern in the wheel (near the top) you’ll see little rectangular openings, they’re actually Morse Code dots and dashes and they spell out “JPL” in the martian dust as the rover drives along the surface. That is actually the single coolest thing we’ve ever heard.