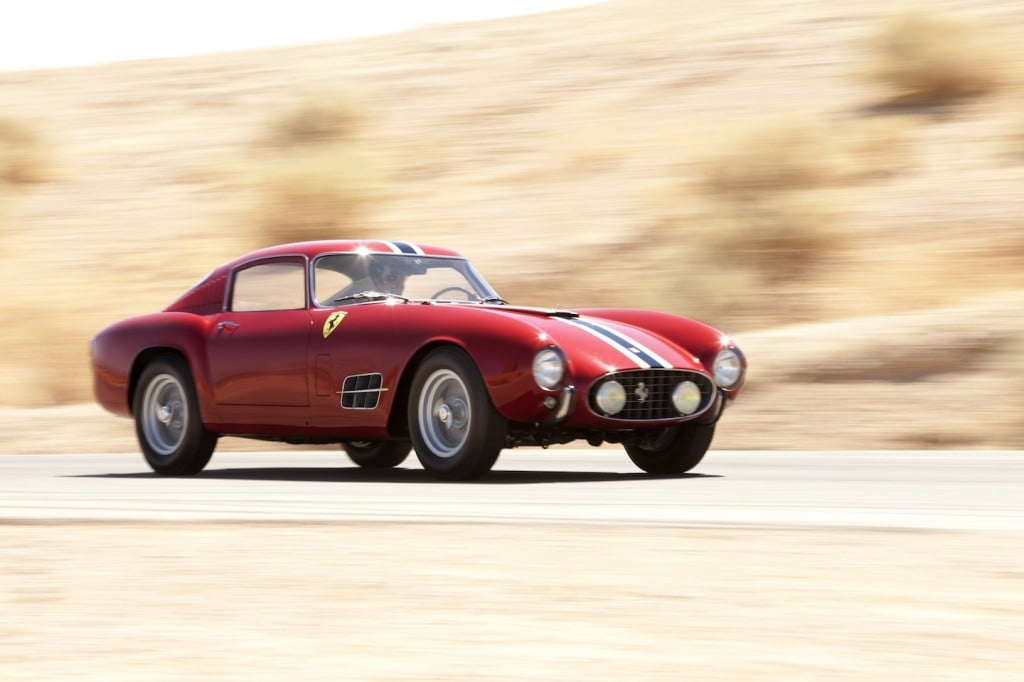 This rather lengthily named 1956 Ferrari 250 GT Berlinetta ‘Tour de France’ by Carrozzeria Scaglietti was the very first example of the second series 250 GT design that featured 14-louver sail-panels, the 14-louver models are generally considered to be the most beautiful and Enzo himself was widely reported to have a fondness for this model over the 250 GTs that followed.

This particular ’56 250 GT has quite a storied history, it featured prominently in the classic film “Herbie: The Love Bug” and was (believe it or not) abandoned by one owner on the side of the Hollywood freeway in the 1970s. The Ferrari’s history after this is a little hard to track but it eventually ended up in the care of David Cottingham who offered the car at an auction in 1994, due to the rough, unrestored nature of the car it didn’t sell and so a full restoration was undertaken in 1996. 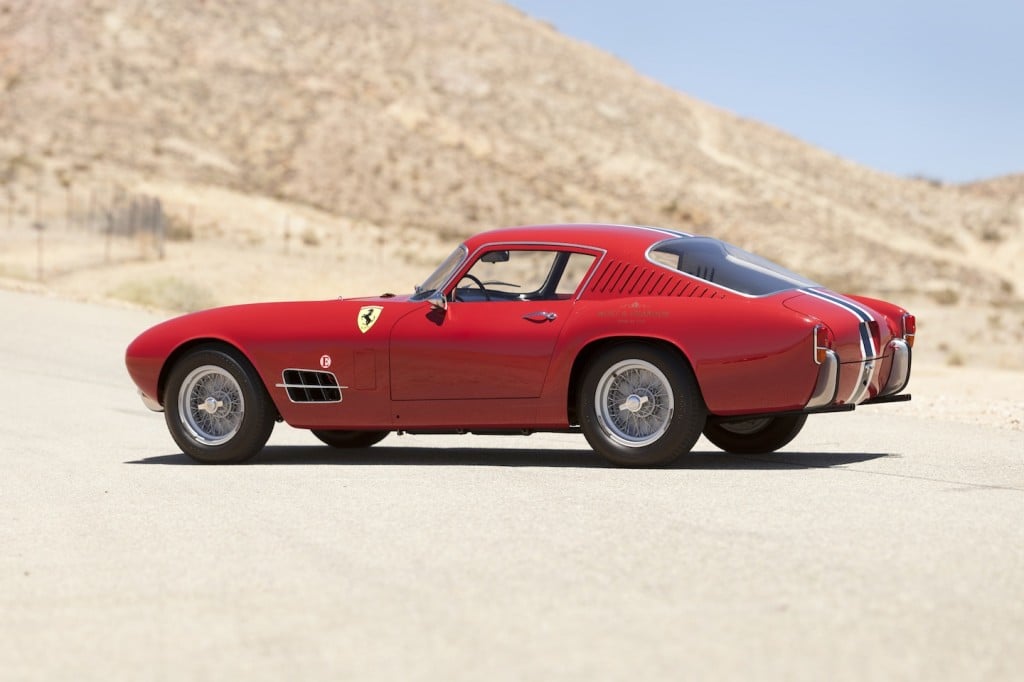 From a technical standpoint the Ferrari 250 GT Berlinetta ‘Tour de France’ was a tour de force, the car came factory fitted with a 240 bhp, 2,953 cc SOHC V-12 with triple Weber carburettors, independent front suspension with unequal-length A-arms and coil springs, a live rear axle with semi-elliptic leaf springs and parallel trailing arms, and four-wheel drum brakes. This model was fitted with a more user friendly 4-speed all-synchromesh manual gearbox although it should be noted that the original, mint condition gearbox is included as part of the sale.

She’ll be hitting the auction block at the RM Auctions Monterey Sale on the 17th & 18th of August 2012, there isn’t an estimated price listed for the 250 GT Berlinetta which usually means you’ll need to assemble an A-Team-style group of professional thieves and raid Fort Knox in order to afford it. It’d be worth it though. 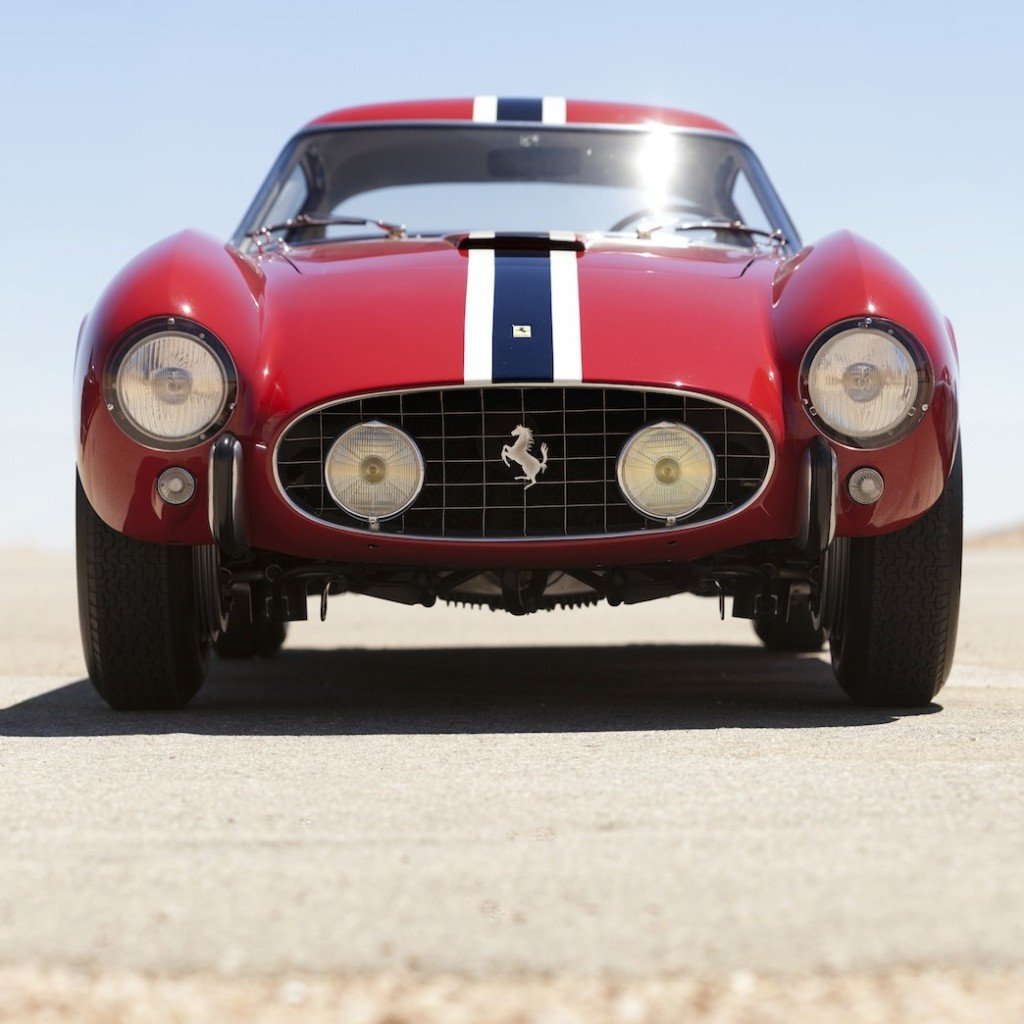 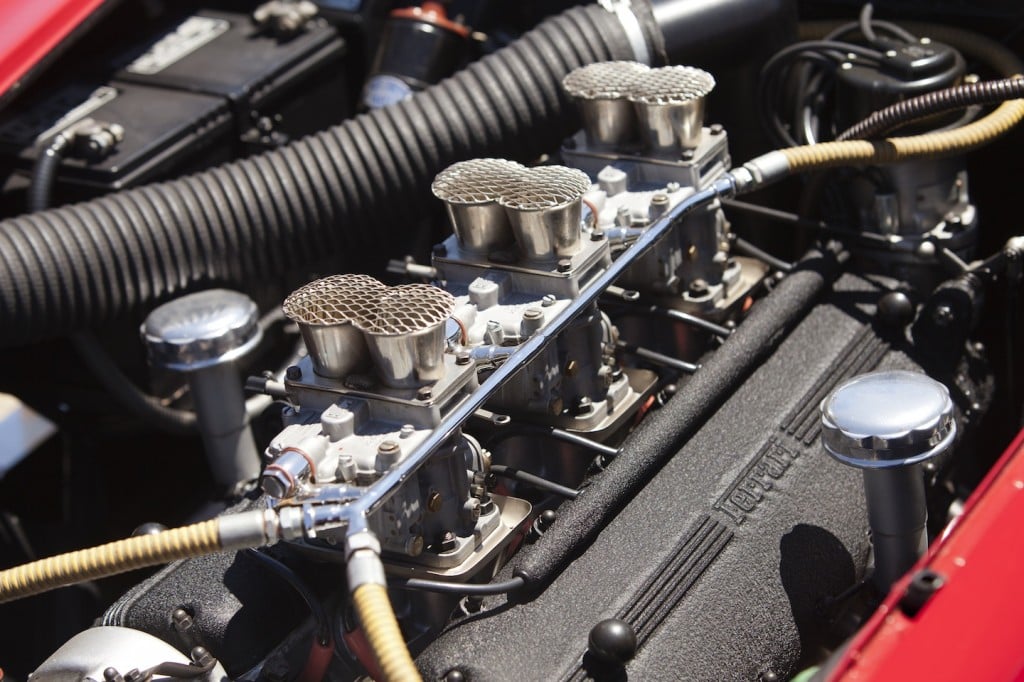 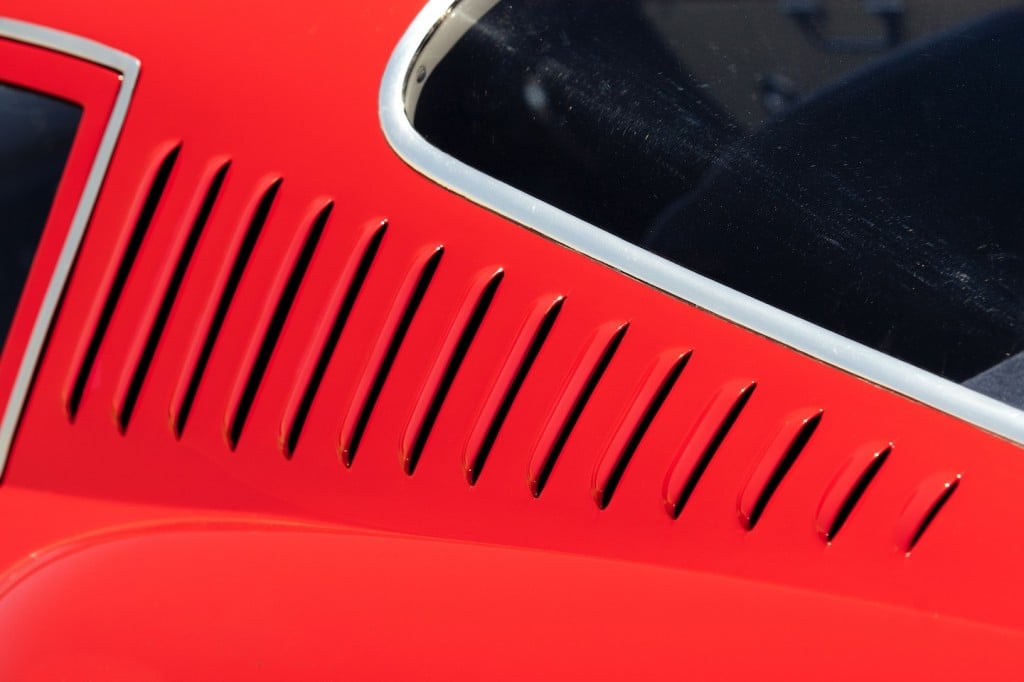 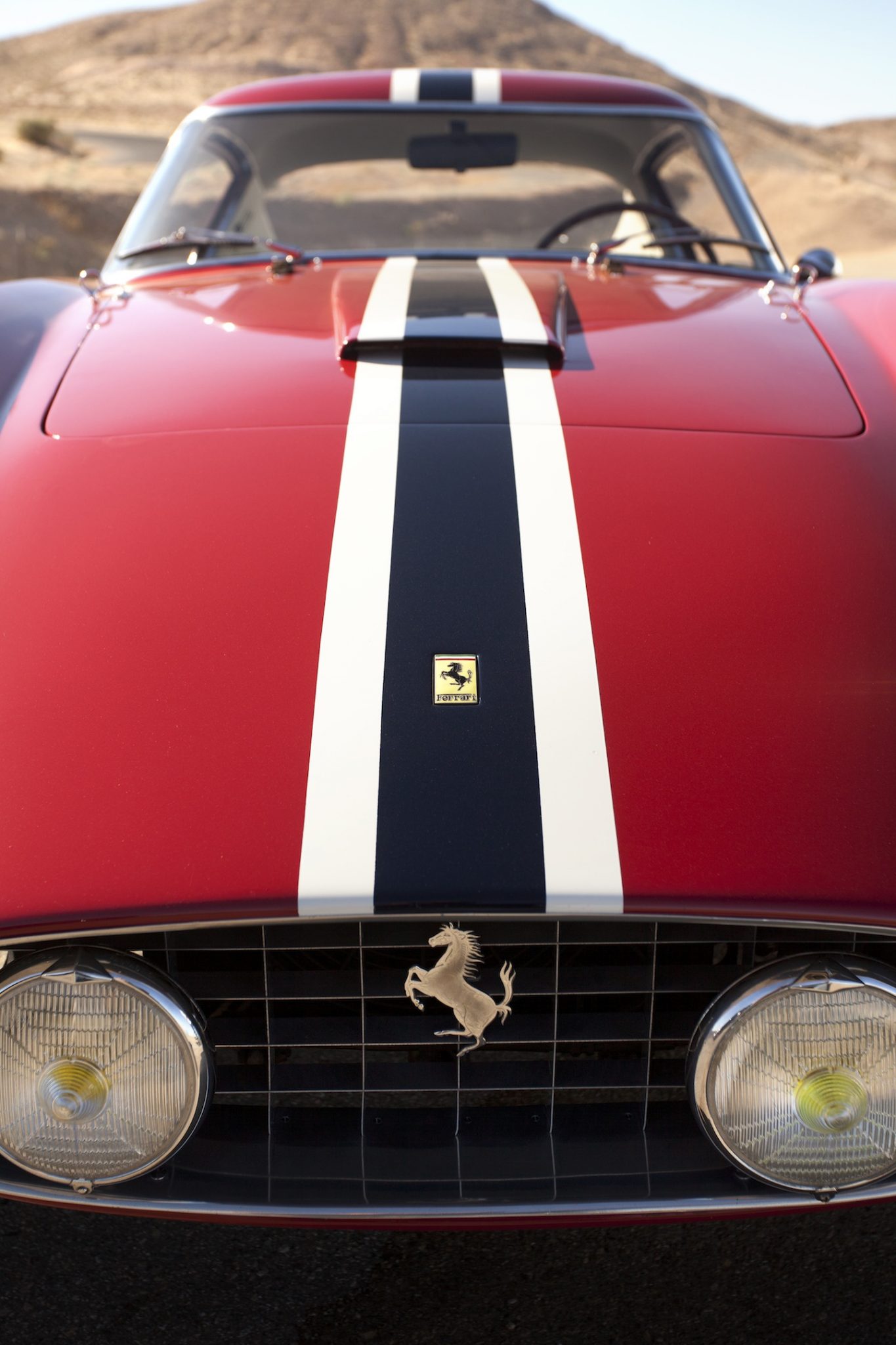 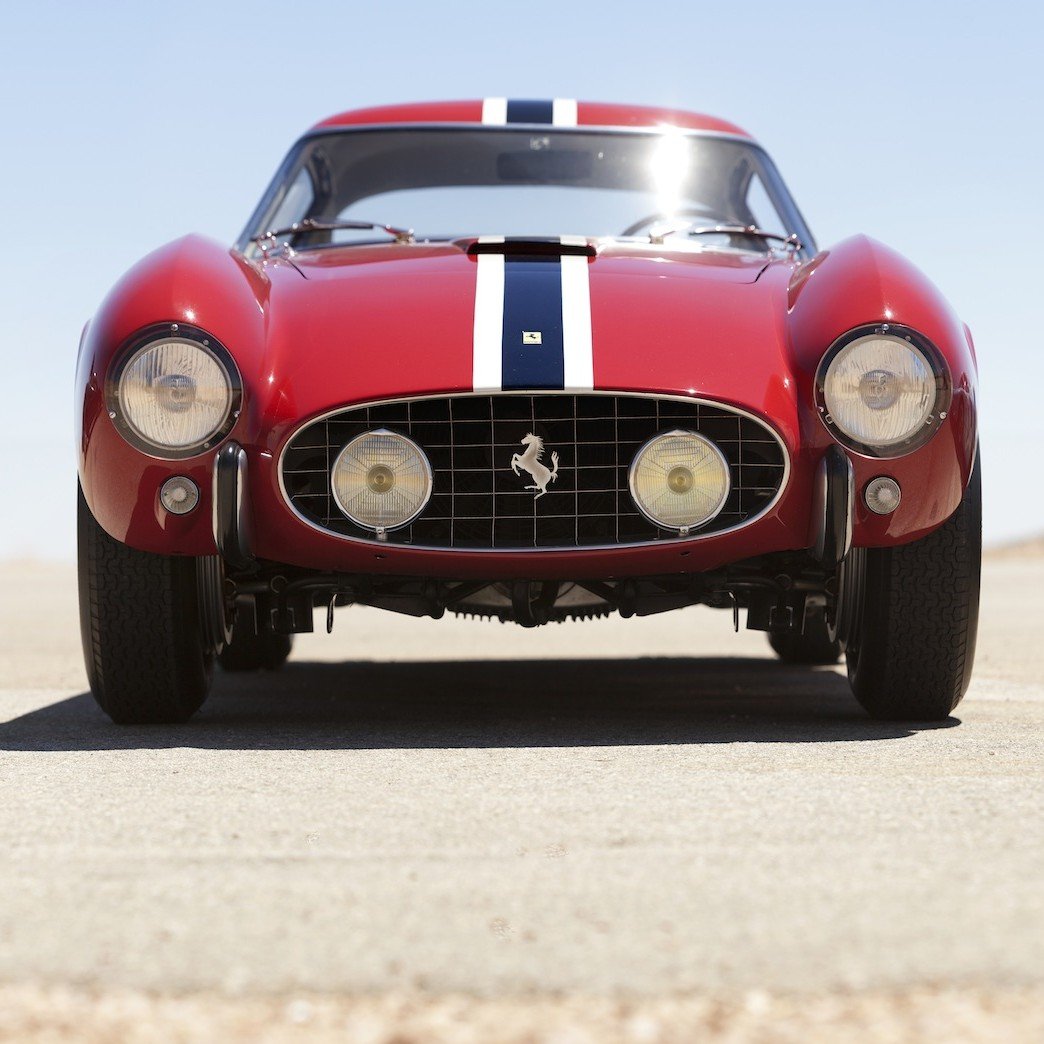