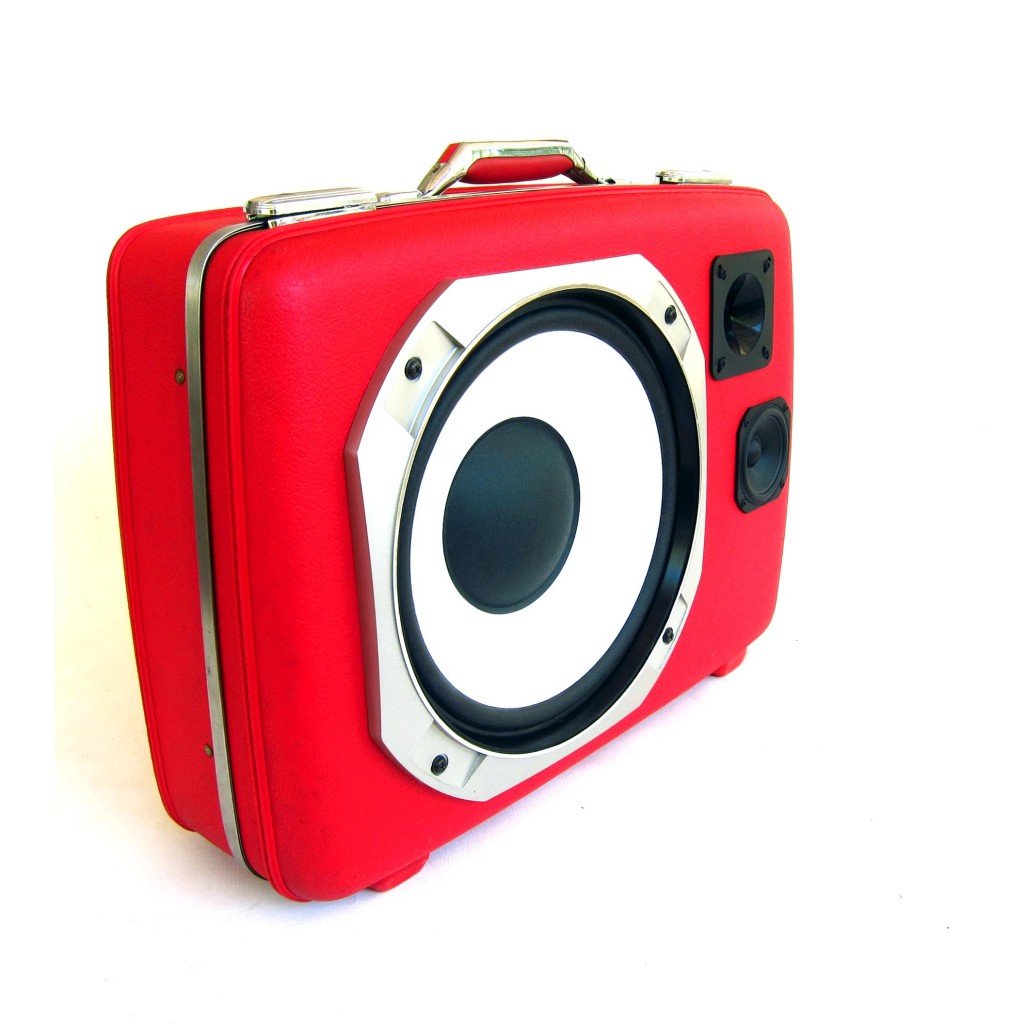 BoomCase is the pre-eminent creator of vintage suitcase boomboxes, each case is made by hand from a genuine vintage piece of luggage meaning no two are identical, they include internal battery systems that’ll give you ~10 hours of music (upgradeable to 20 hours for $45 USD).

This model is imaginatively dubbed “BigRed” and it’s based on an American Tourister case, it has a 12″ white and silver subwoofer, a 4″ mid range and a 4″ horn tweeter. You can upgrade your BoomCase with Bluetooth, a solar panel charger and a shoulder strap should you so desire although I kind of like the base model and its simplicity.

The sound quality won’t be Carnegie Hall quality but for a beach party I can’t imagine anything better, all you’d need is an iPhone and an Esky. And some bikini clad girls of course.

This mini Jeep is modeled on the WW2-era military MB/GPW Jeeps from the early to mid 1940s. Just like the original full sized Jeep this one uses steel body-on-frame construction, it’s army green with a…