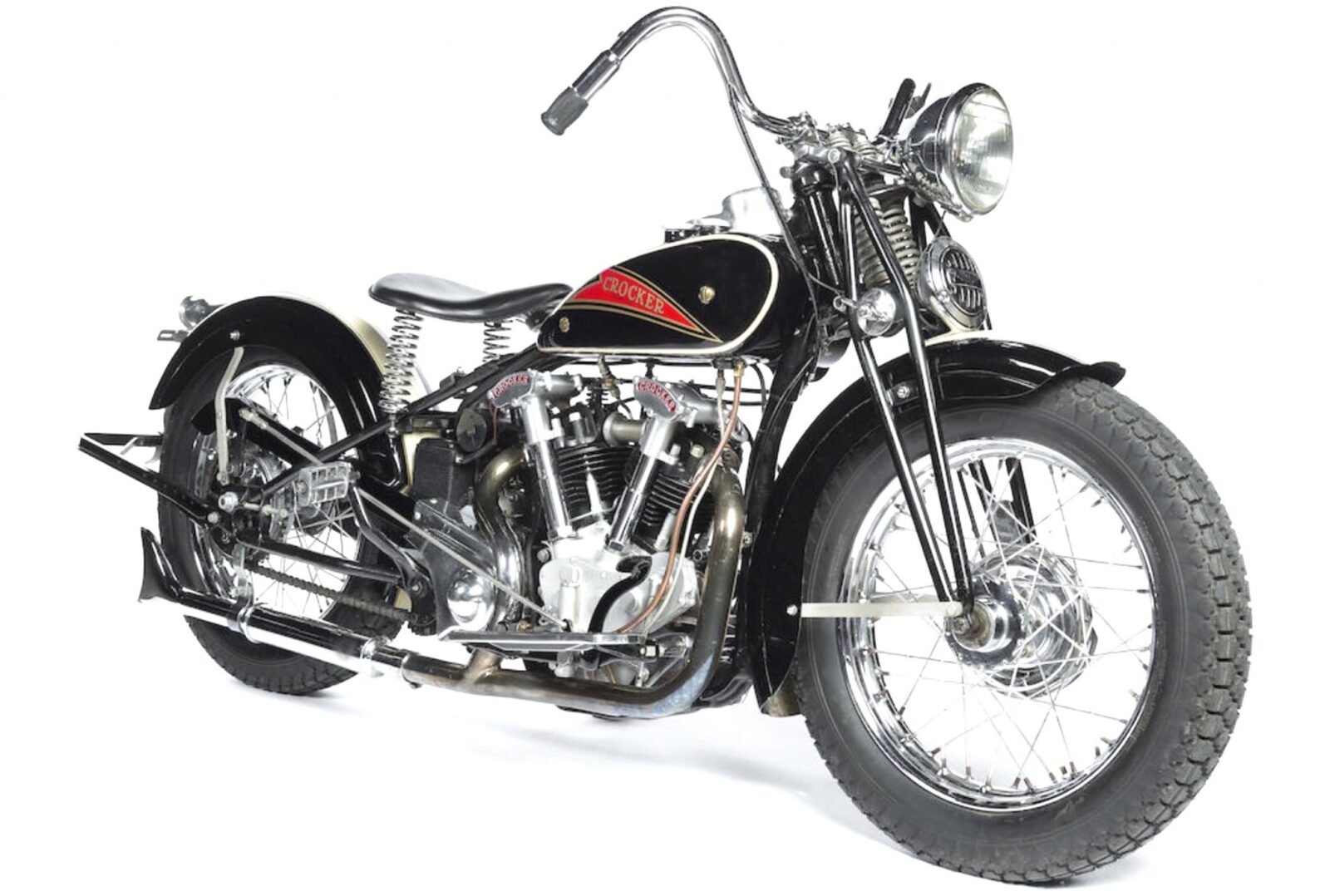 The story of the Crocker Motorcycle Company is one of remarkable survival and tenacity. The company was founded in 1932 in the midst of The Great Depression, they initially focussed on building motorcycles for speedway racing, then switched to bikes for private road use.

The only two major American motorcycle manufacturers that survived the difficult period from 1929 to 1939 were Harley-Davidson and Indian – but in a small factory in Los Angeles, Albert Crocker and Paul Bigsby were building exceptionally well engineered motorcycles that were both more powerful and (arguably) better designed.

Albert Crocker was a talented engineer and former motorcycle racer who had worked at Indian, and was friends with both Oscar Hedström and Charles Hendee. Paul Bigsby was another talented engineer who would later go on to establish Bigsby Guitars – where he invented the “whammy bar” and developed guitars that likely influenced the design of both the Telecaster and the Stratocaster.

Crocker and Bigsby initially designed a single-cylinder speedway racing motorcycle in 1932, approximately 30 were built and they proved popular with some of the best riders of the era. The model they’re more famous for is their big 45° V-twin, with engine sizes from 1000cc to 1491cc, horsepower figures from 55 to 60+, and a top speed of over 110mph.

The first 23 Crockers constructed had the famous hemispherical heads, including engine #8 that you see here.

These early engines had exposed valve trains, which would be enclosed on later models, and the styling of the bikes was very likely an inspiration for the bobber culture that surged into popularity in the years after WWII.

In 1942 as the USA entered the war, Crocker won contracts to make parts for Douglas Aircraft. Due to the limited supply of steel and aluminium due to wartime rationing the company stopped all motorcycle manufacturing, after the war Albert sold the company to BorgWarner Inc.

By the time motorcycle production stopped, less than 100 V-twin Crockers had been built, and just 68 are thought to have survived to the modern day. It’s rare to see one come up for auction, and they now fetch prices usually reserved for motorcycles with Brough Superior badges.

The Hemi Head Crocker you see here will roll across the auction block with Bonhams on the 26th of January in Las Vegas, with an estimated value of between $500,000 and $600,000 USD. If you’d like to read more or register to bid you can click here to visit the official listing. 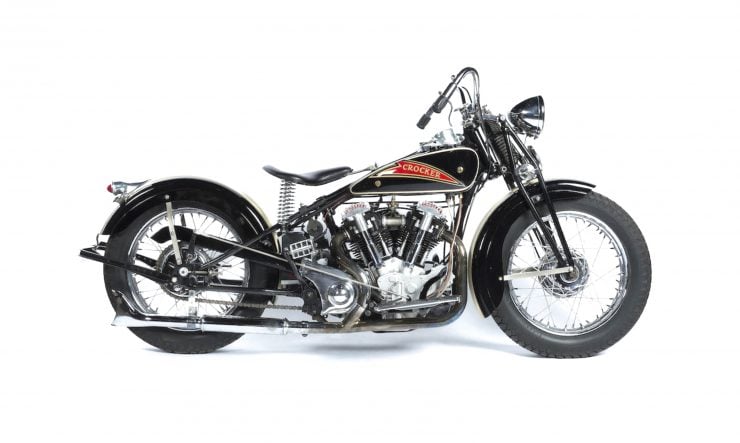 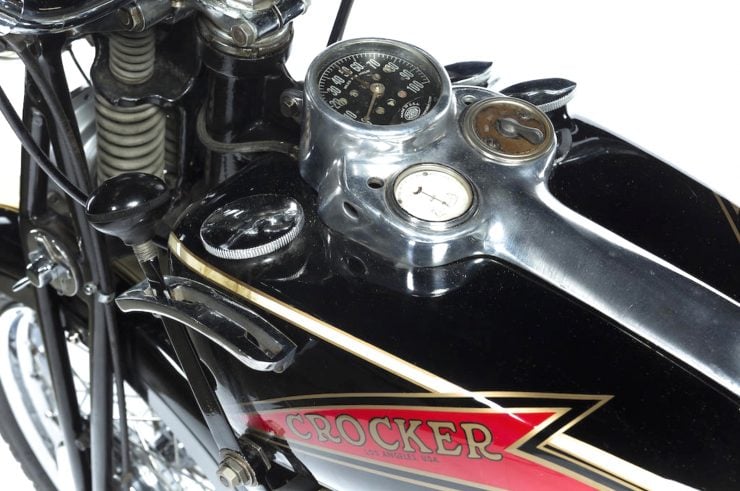 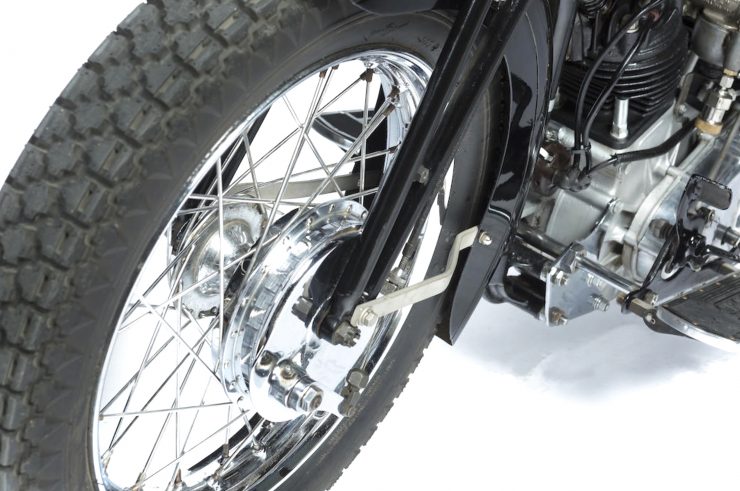 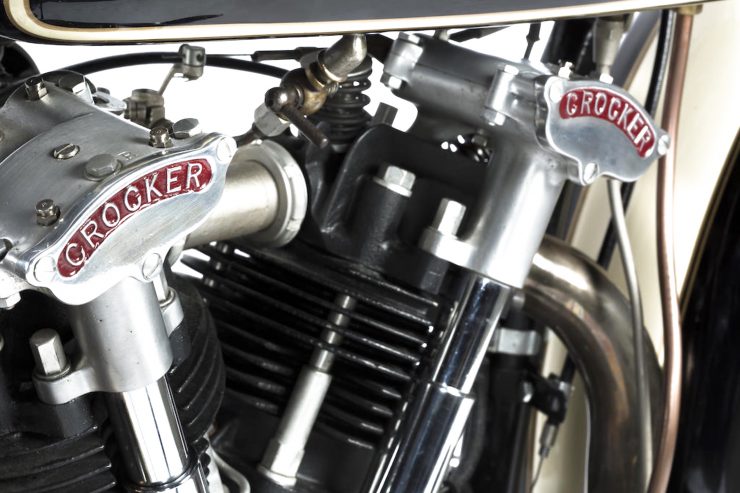 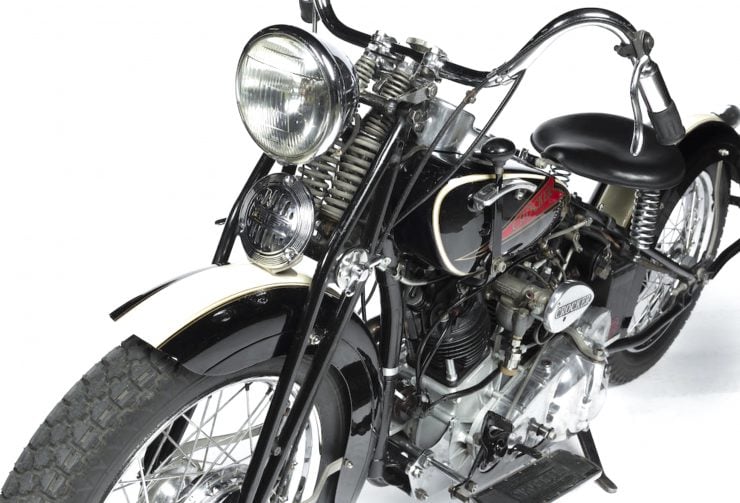 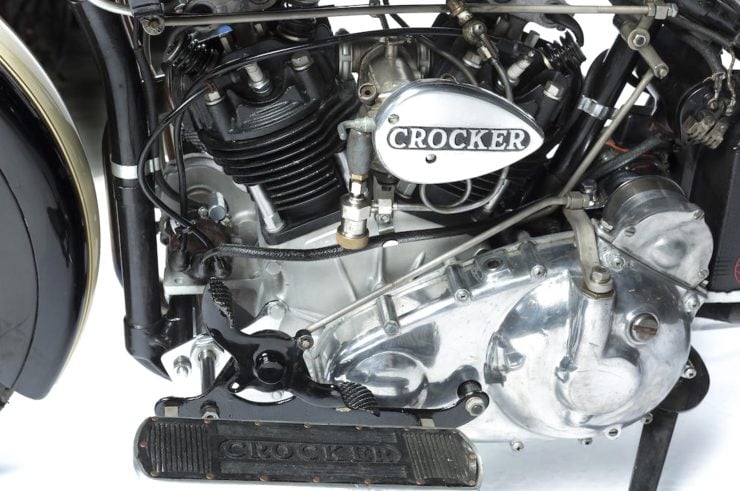 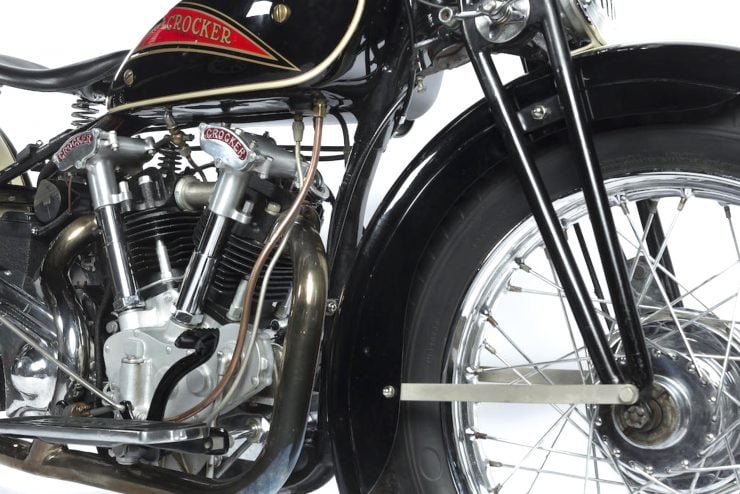 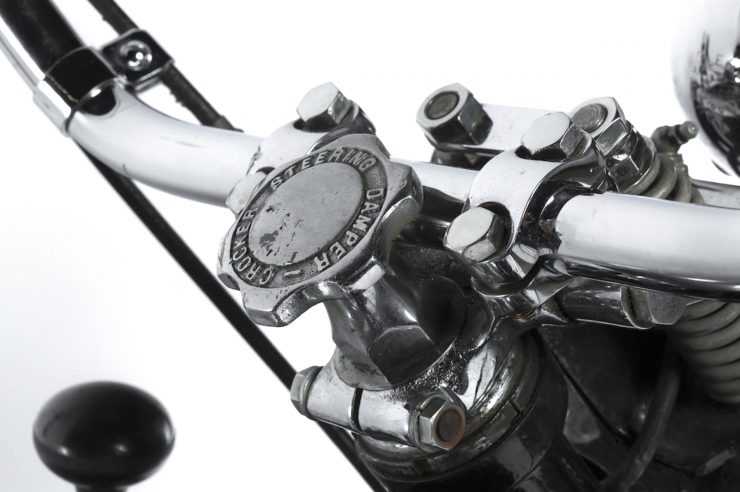 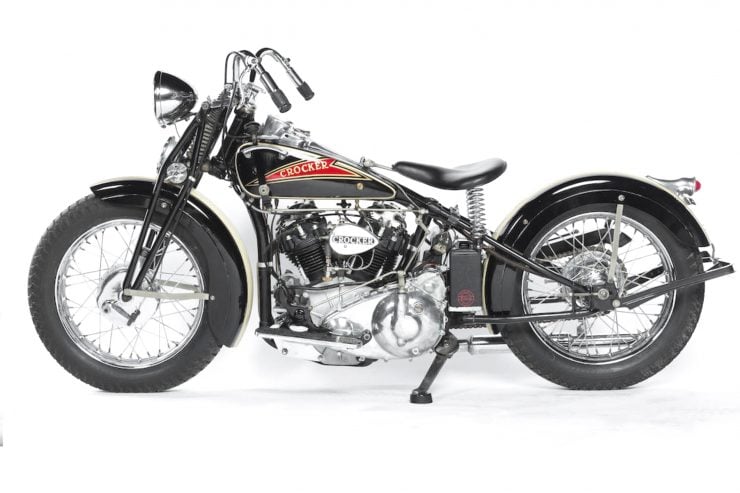 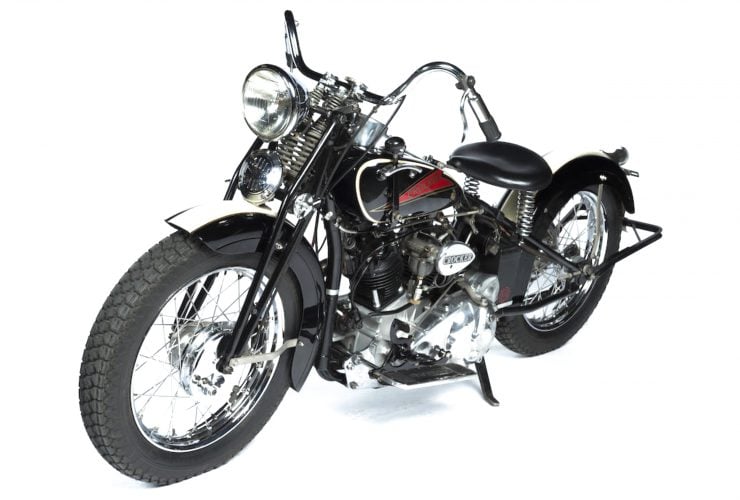 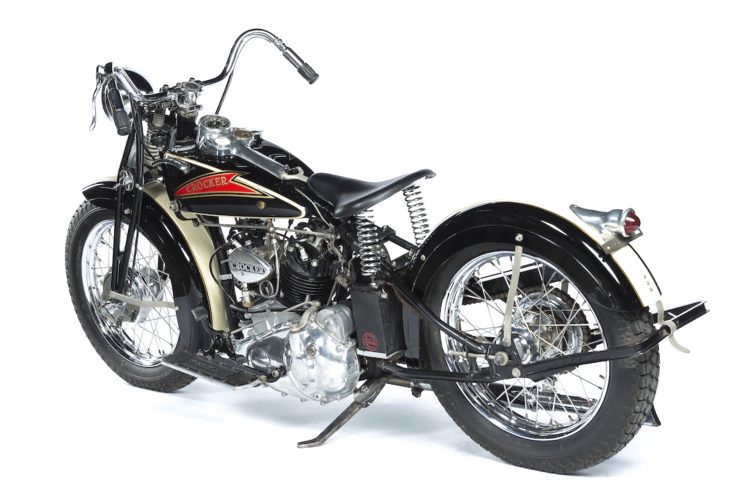 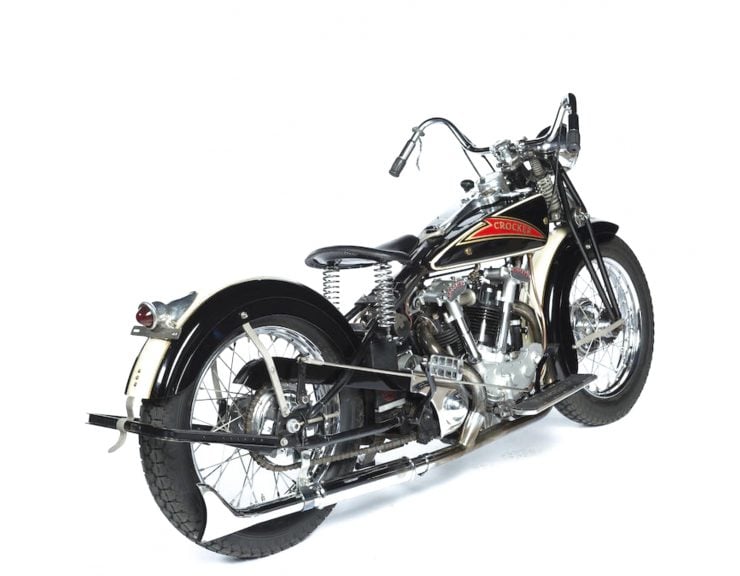 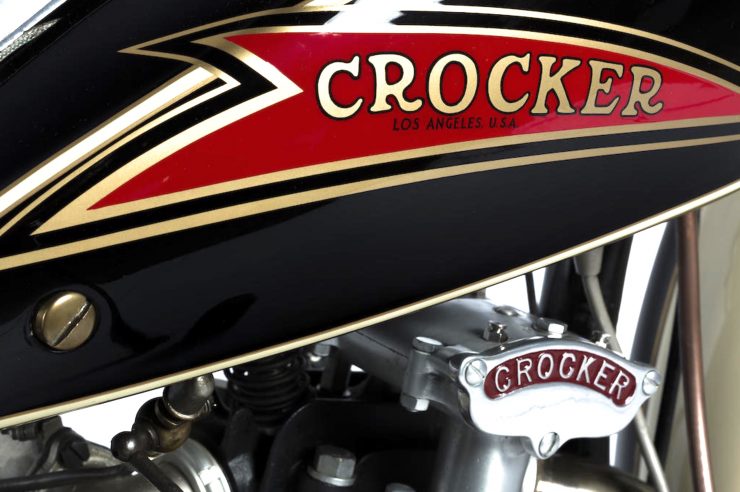 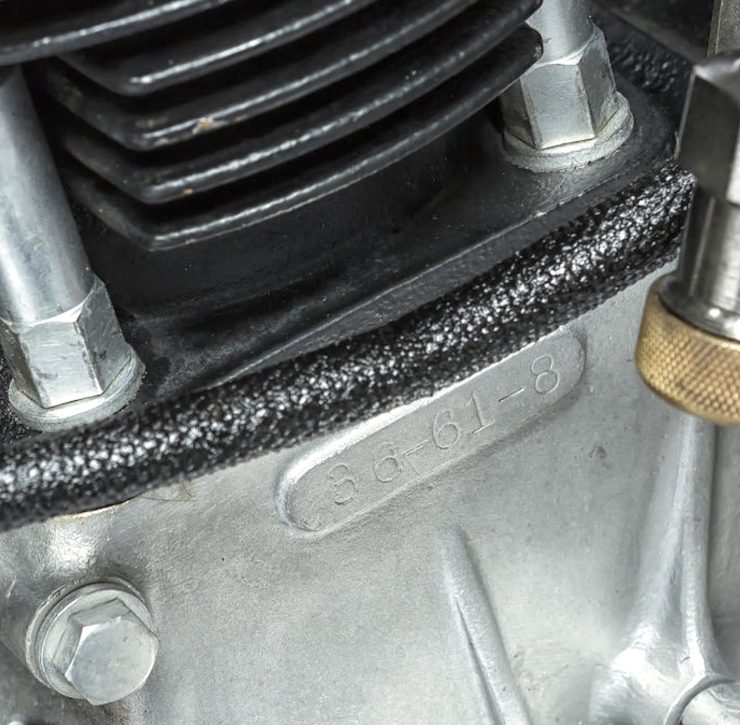 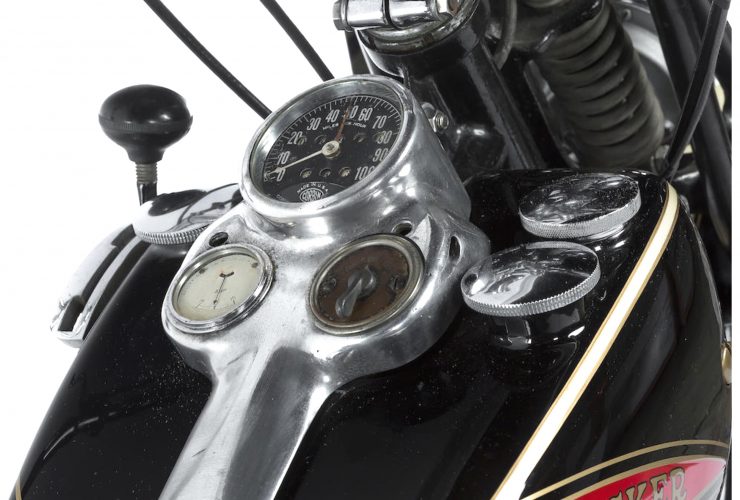 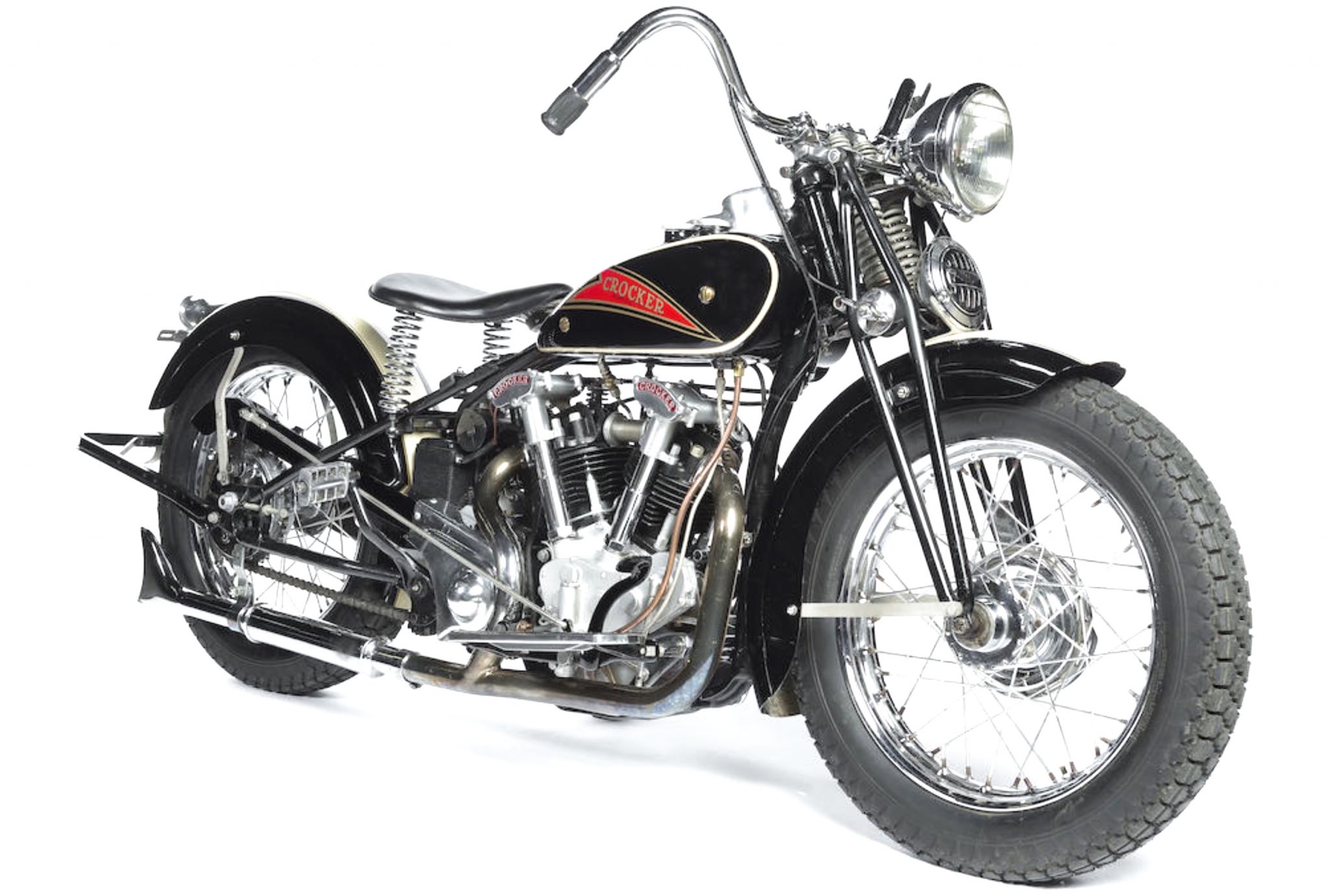