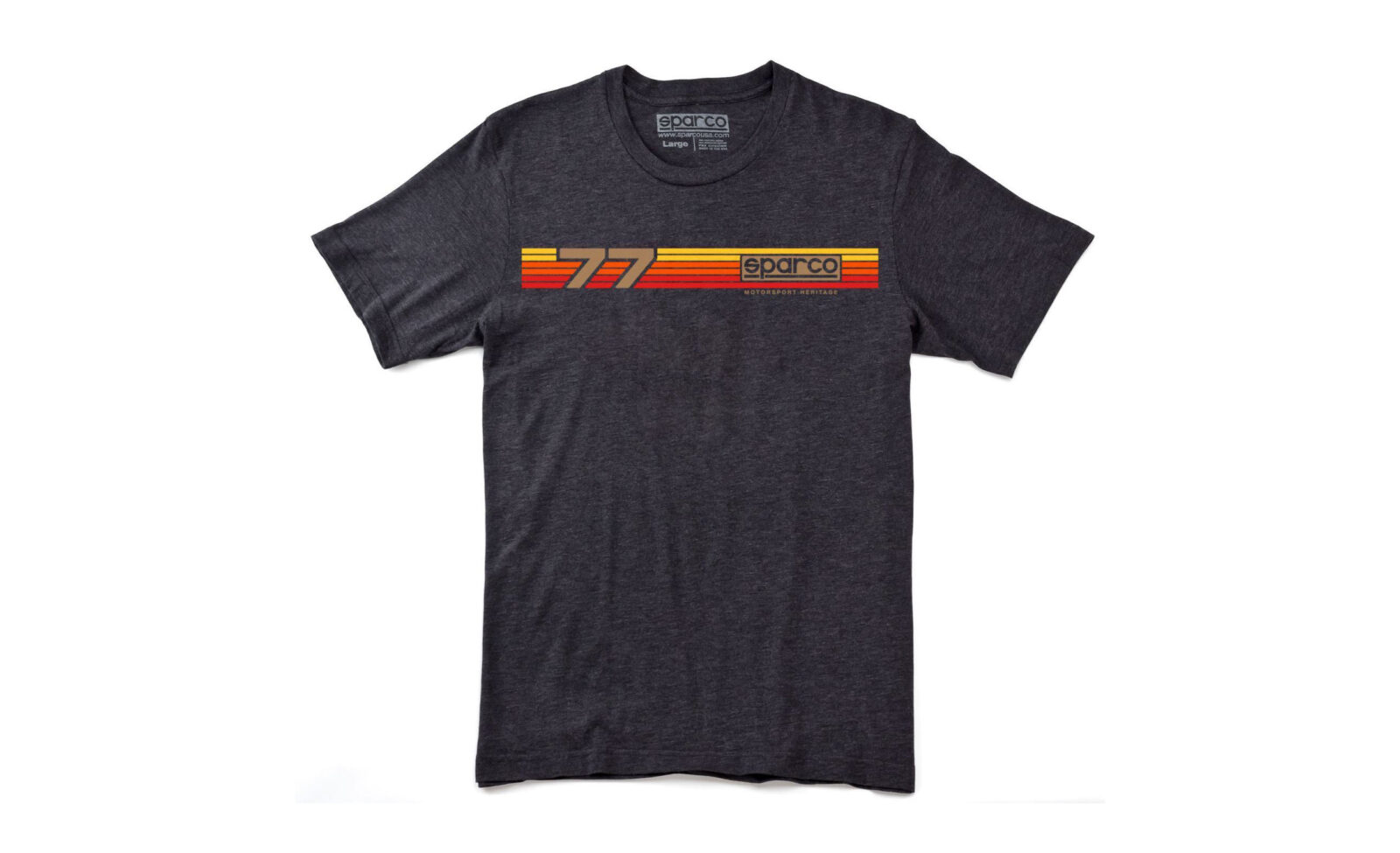 The Sparco Rally t-shirt celebrates the year the company was founded, 1977, with a suitably ’70s era retro design on a simple plain tee.

Sparco was founded by two rally drivers to provide protective racing gear for drivers, co-drivers, and pit crews to meet the then-new FIA standards for fire resistance. As luck would have it, one of the company founders’ father was an Italian businessman who specialised in making fire-resistant outfits for fire departments, particularly through the use of Nomex.

The first Sparco racing suits with their built-in Nomex layer could resist fire for up to 11 seconds, far longer than the FIA standard of the day mandated. Sparco quickly became an almost de facto choice for racing teams and the famous logo, a simple blue rectangle with white text, has become a common sight in pit lanes and race track paddocks around the world.

The Sparco Rally t-shirt uses an ultra-soft Tri-Blend material to ensure all-day comfort, it’s 100% pre-shrunk, and it’s made from a combination of 60% poly, 25% rayon, 15% ringspun cotton. Sizing ranges from S through to XXL, and you can choose between a charcoal or navy tee color with a correspondingly different design emblazoned across the front. 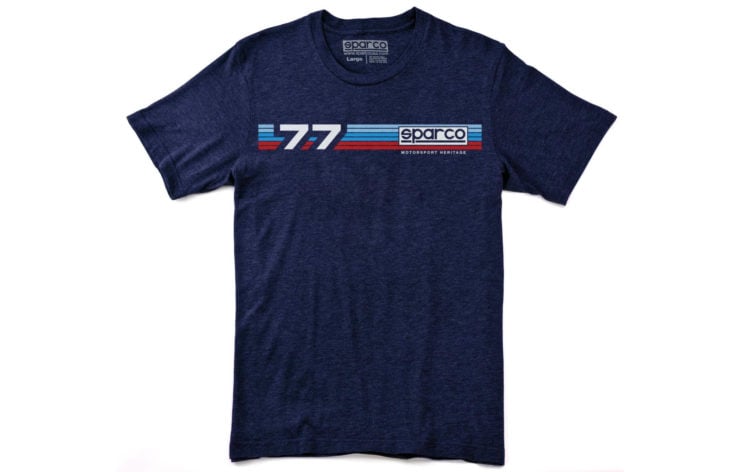