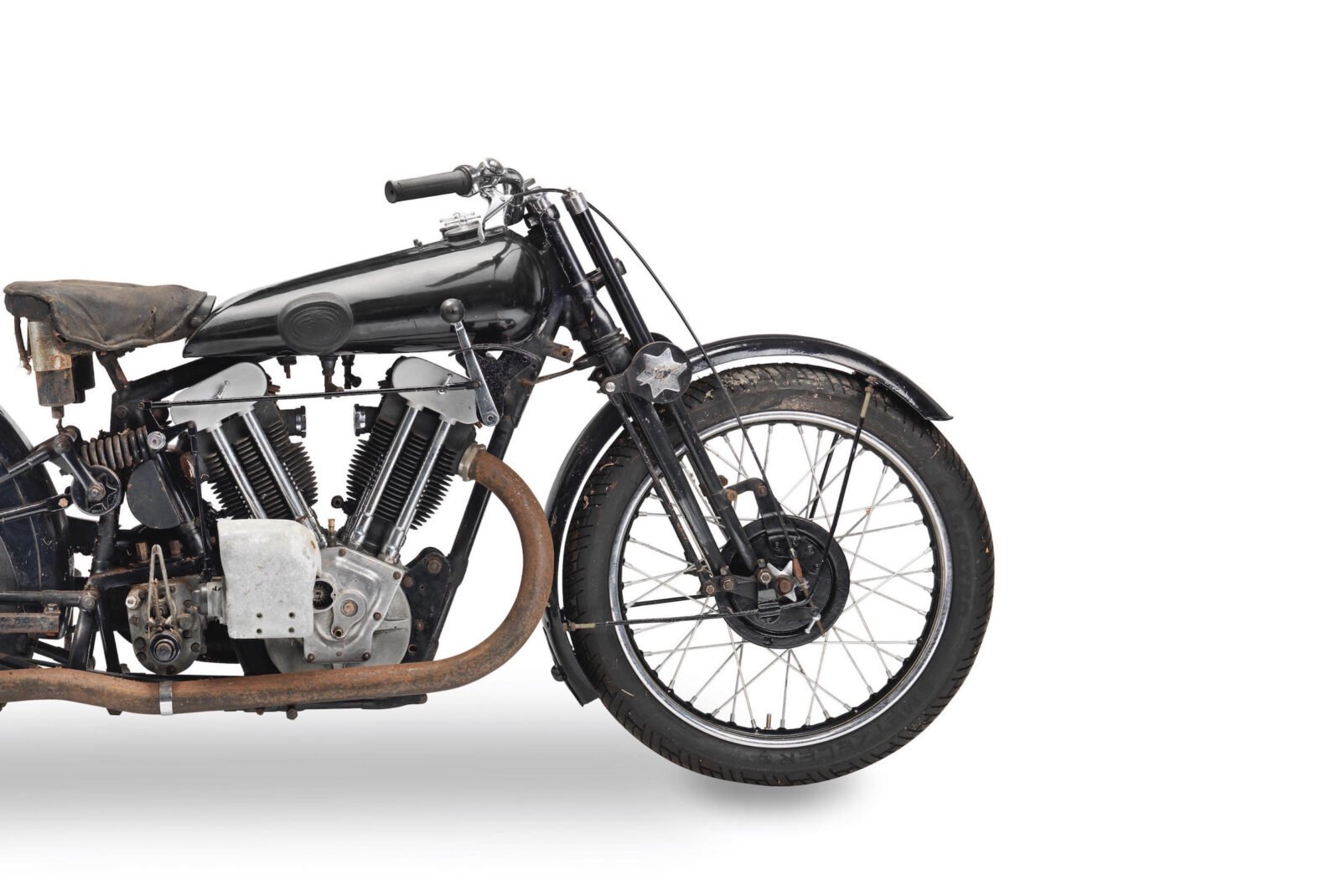 All surviving examples of the Brough Superior SS100 are special, but some are a little more special than others. The Brough you see here is one such special motorcycle, though somewhat unusually it’s not special because it won races or was owned by a celebrity – it’s special because it belonged to a young lady named Jean Knight who bought it for £33.

Back in 1963 a young Jean Knight needed a way to get from South London where she lived to North London where she worked. A car was absolutely out of the question due to the cost, and public transport was an unreliable dog’s breakfast.

As luck would have it a friend was selling the contents of an old garage for £45, it was promptly bought by Jean’s husband-to-be, and she bought the then 30 year old Brough Superior for £33. This wasn’t a small sum in 1963, but even still, it must surely rank as one of the best motorcycle purchases we’ve ever featured on these pages. 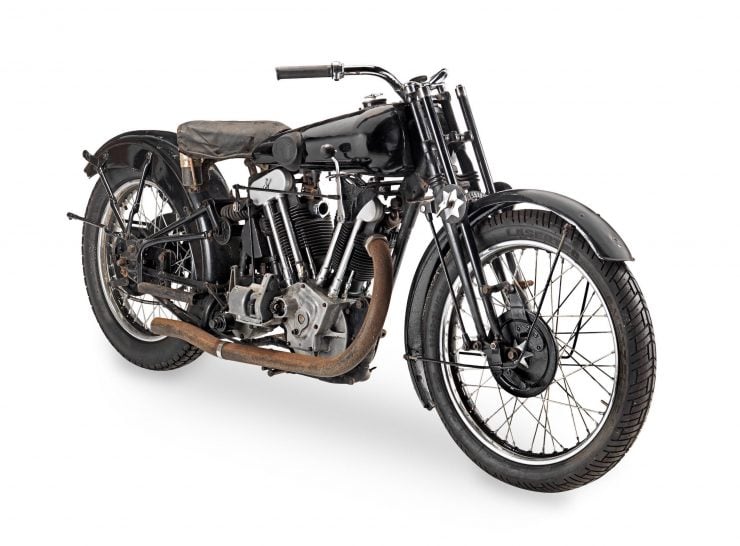 Once the Brough was rolled out of the garage and removed from its still-attached sidecar, Jean began the process of learning to ride it. She was already an avid cyclist but just to be on the safe side she decided to attend an RAC motorcycle training session.

It turned out that she was the first lady rider to ever enroll in the training, and I would have paid good money to have seen the faces of the instructors when the young Jean Knight motored into the parking lot on her rumbling jet-black 1933 Brough Superior SS100.

“I couldn’t praise the course highly enough. All of the instructors wanted a go on my machine, and they put me on a Tiger Cub to start the lessons with, even though I’d ridden to the course on my Brough in the first place!” – Mrs Jean Knight

Once she passed her test and got her license there was no stopping her, she used the bike for commuting to work daily, and for family holidays around Europe, including the Chamonix – Val D’Isere Rally in 1966 (though her husband was the pilot for that event).

Mrs Knight continued riding her Brough even after the birth of her first child but after the birth of her second her husband pleaded with her to stop for the sake of safety “I agreed to save our marriage!” she joked. “I think he worried about me an awful lot. In the end we got a car, which was more sensible, and the Brough was for high days and holidays only.”

After this the trusty old Brough was parked in their shed where it would remain for decades – until it was rolled out again earlier this year. The bike remains in remarkably original condition with all of its original parts (and engine) still in place with the exception of the fuel tank, which is a slightly more recent addition. 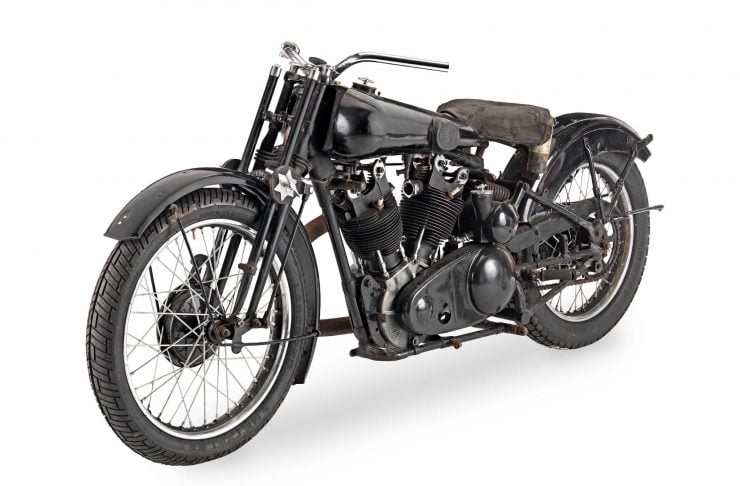 The Origins of Mrs Knight’s 1933 Brough

The original factory records now held by the Brough Club show that this particular bike was delivered new on the 27th of July 1933, it was then resold by the works a few months later to F. Dennitt in February 1934.

Though there’s no way of knowing for sure however it’s possible that the first owner found the bike to be too much of a handful, it did happen from time to time as the Brough Superior SS100 was one of the fastest and most powerful production motorcycles in the world at the time.

If you’d like to read more about the Brough or register to bid you can click here to view the listing. 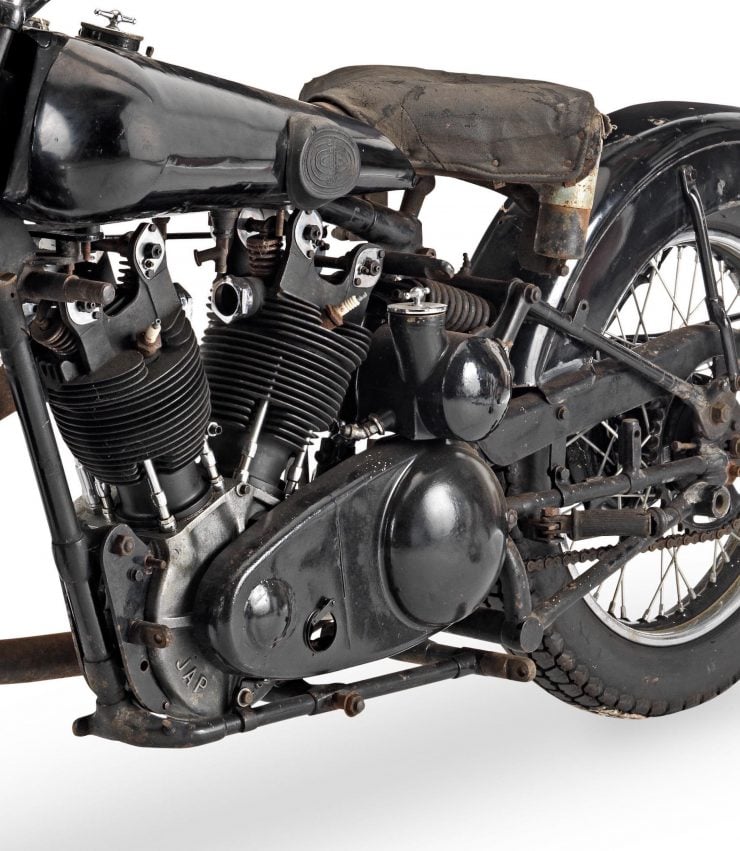 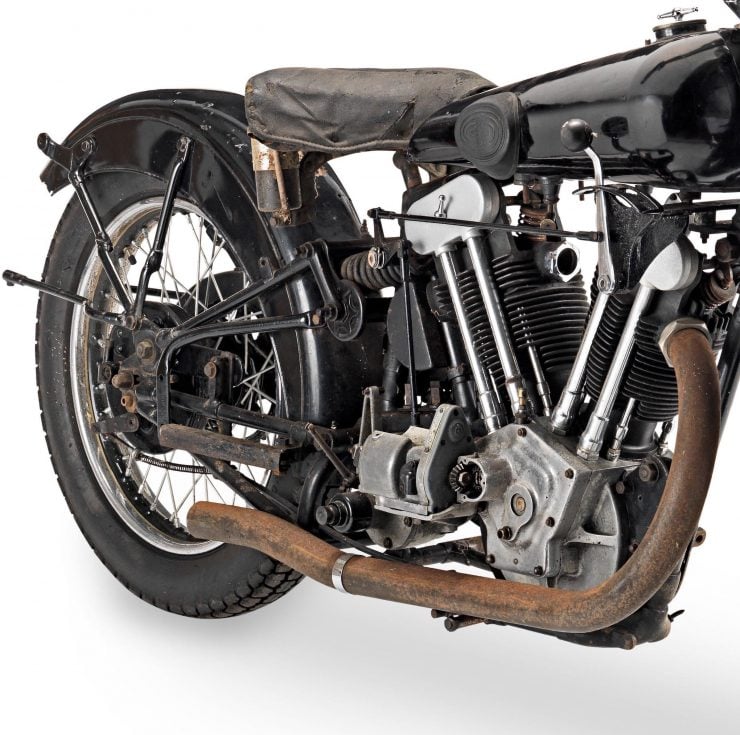 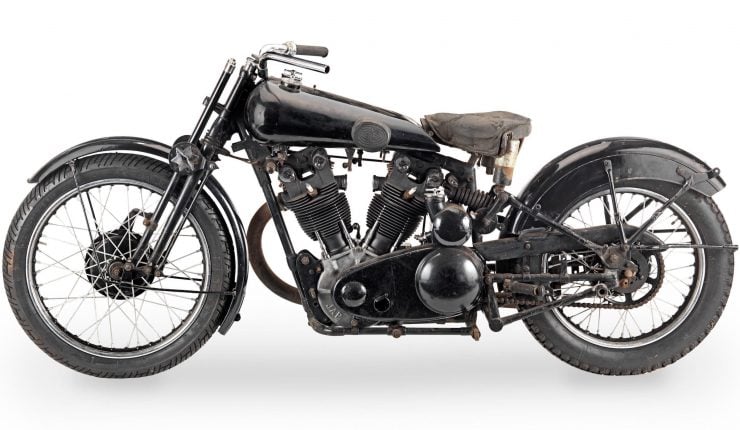 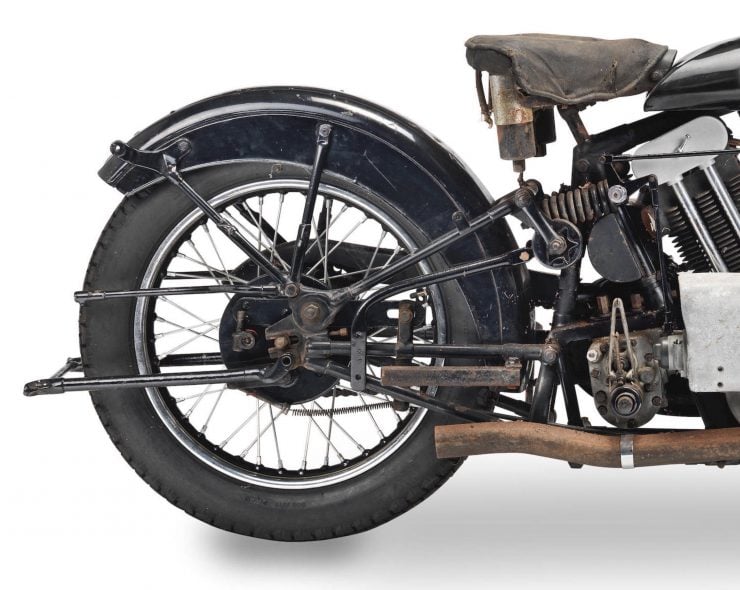 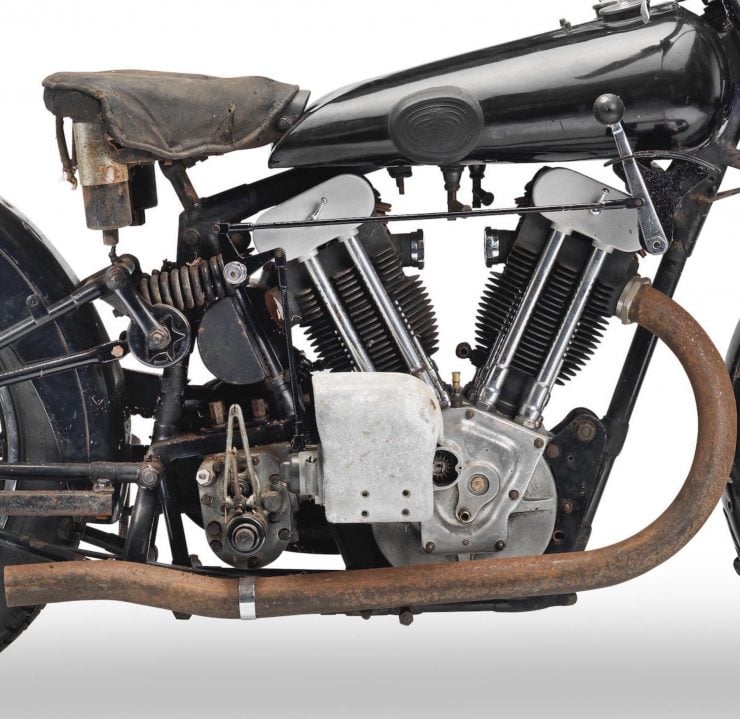 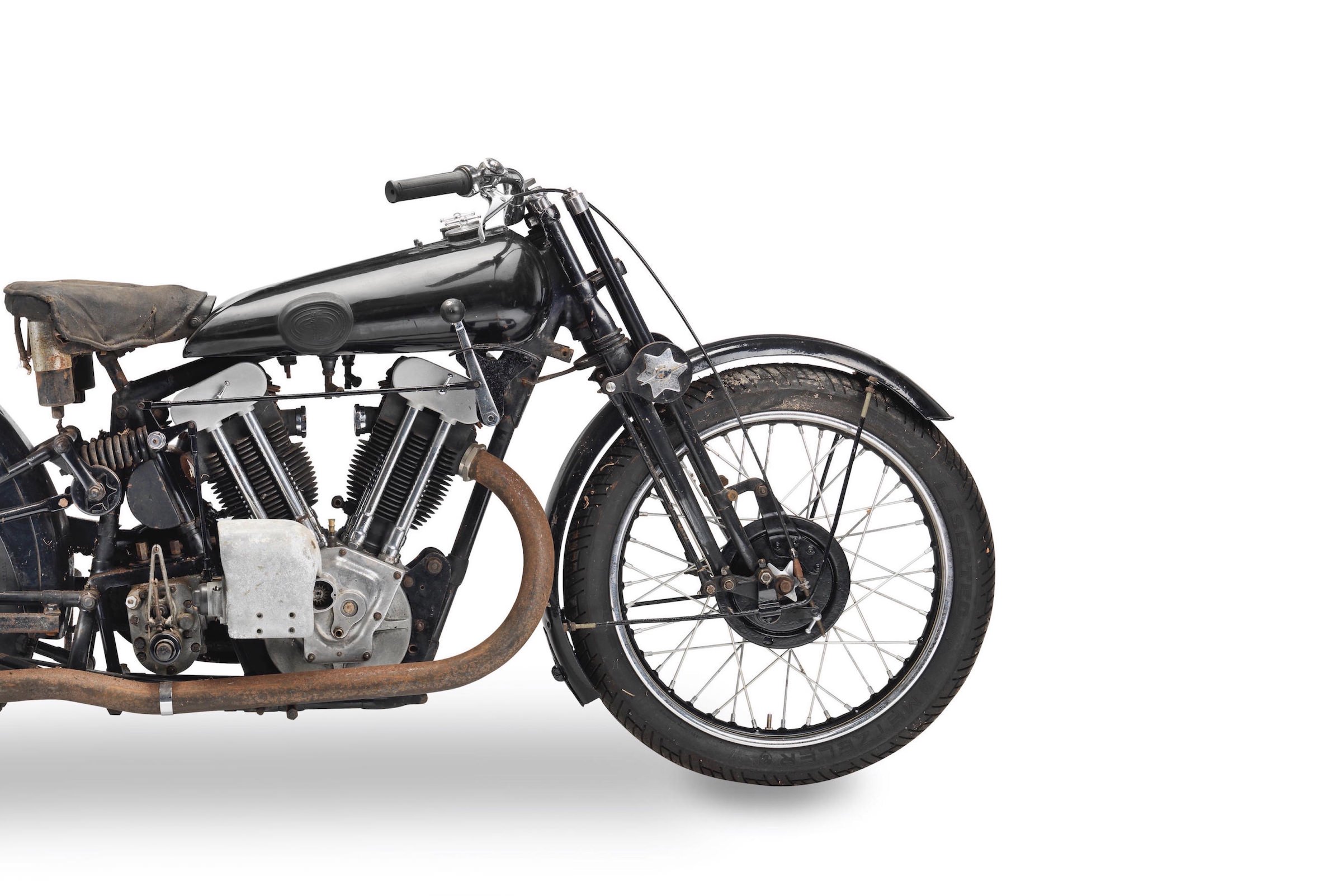