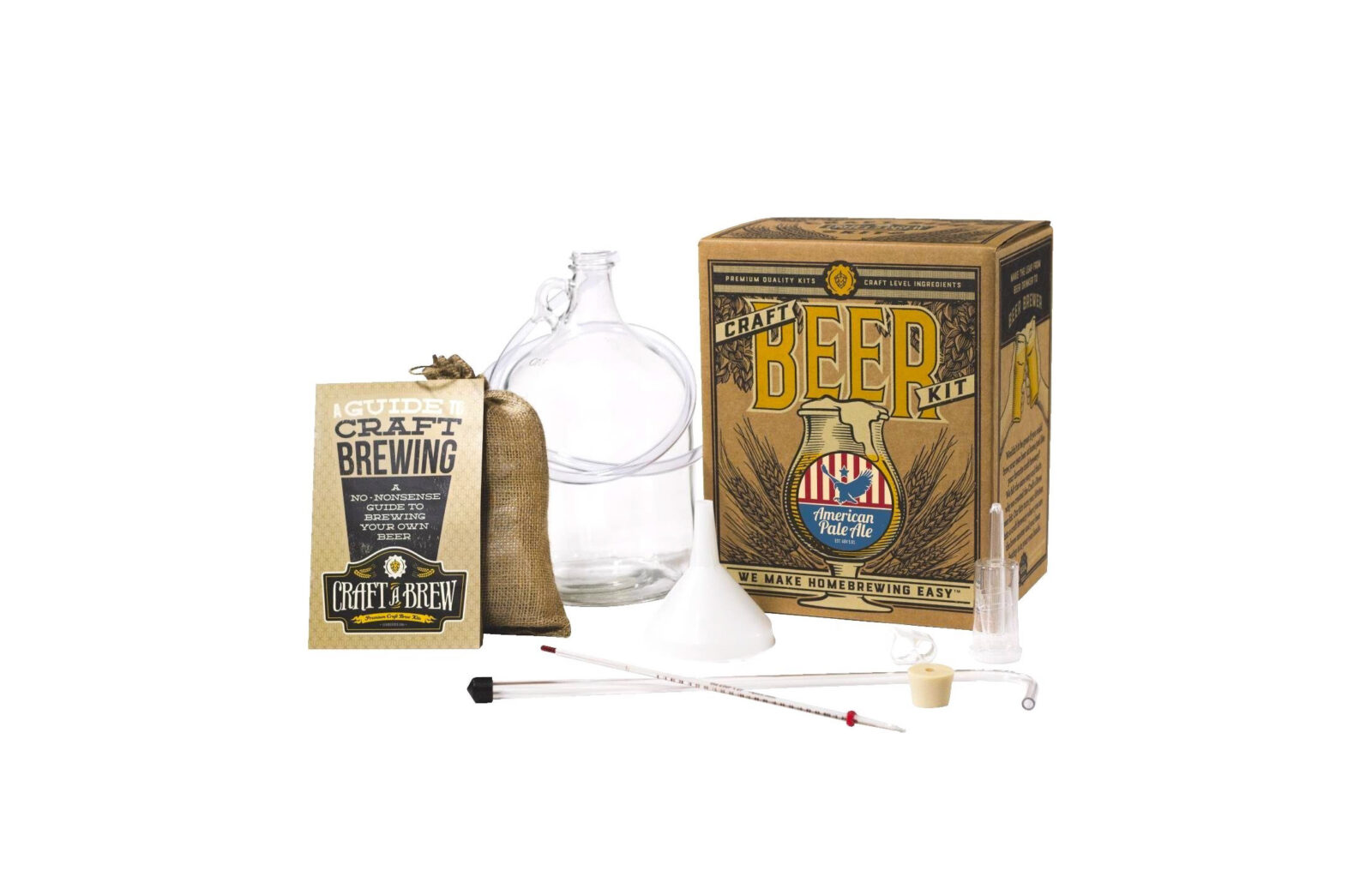 Many of us love the idea of trying out the process of creating craft beer, the barrier to entry has always been cost and complexity. Craft A Brew was founded in 2010 to get this barrier to entry as low as possible by developing inclusive kits that allow you try a variety of recipes, brewing 10-12 bottles each time.

Each 1 gallon kit includes a 1 gallon glass carboy (a large bottle) with a rubber stopper, a funnel, a racking cane, transfer tubing, an airlock, a thermometer, a sanitizer pack, the Guide to Craft Brewing booklet, and the all important American Pale Ale recipe kit.

American Pale Ale is a beer type closely related to the American India Pale Ale and its forebear the India Pale Ale. The American version is famously “hoppy” giving the beer a bitter and sometimes floral/citrus character, this is largely due to the significant amount of Cascade hops used during the brewing process.

Perhaps the most significant benefit of this brewing kit is the fact that it’s designed to be reusable, allowing you to buy different recipe packs for $15 USD apiece and try a wide variety of different beers. 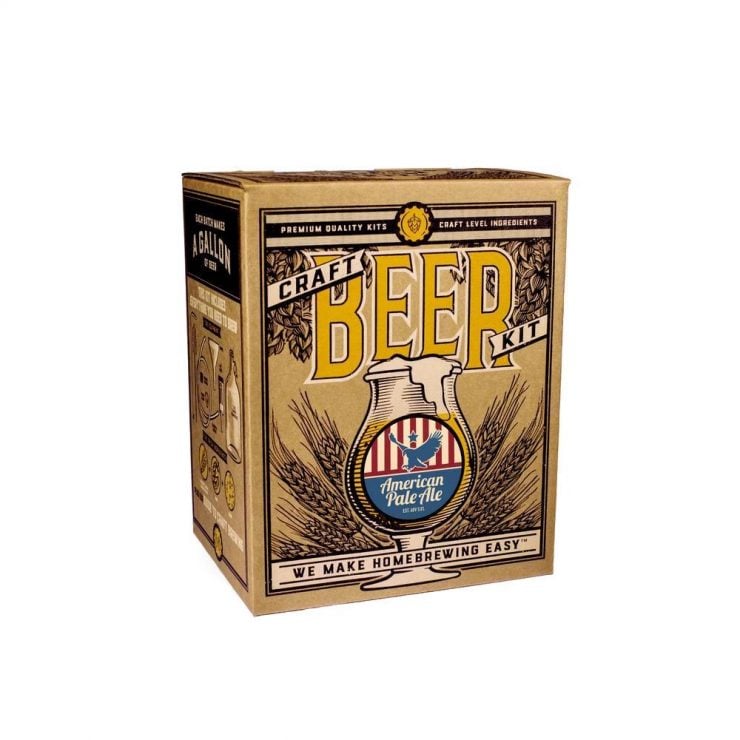 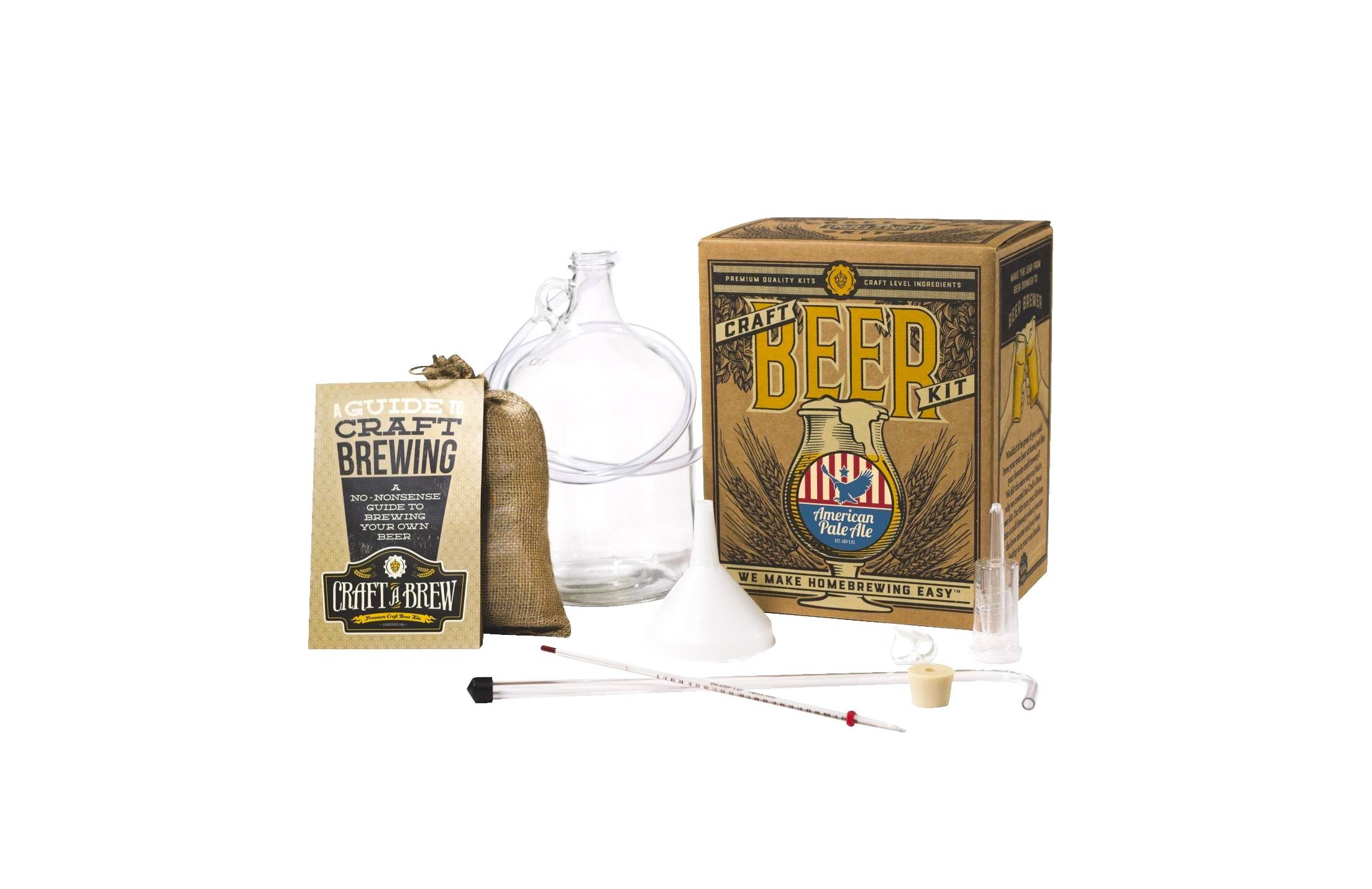