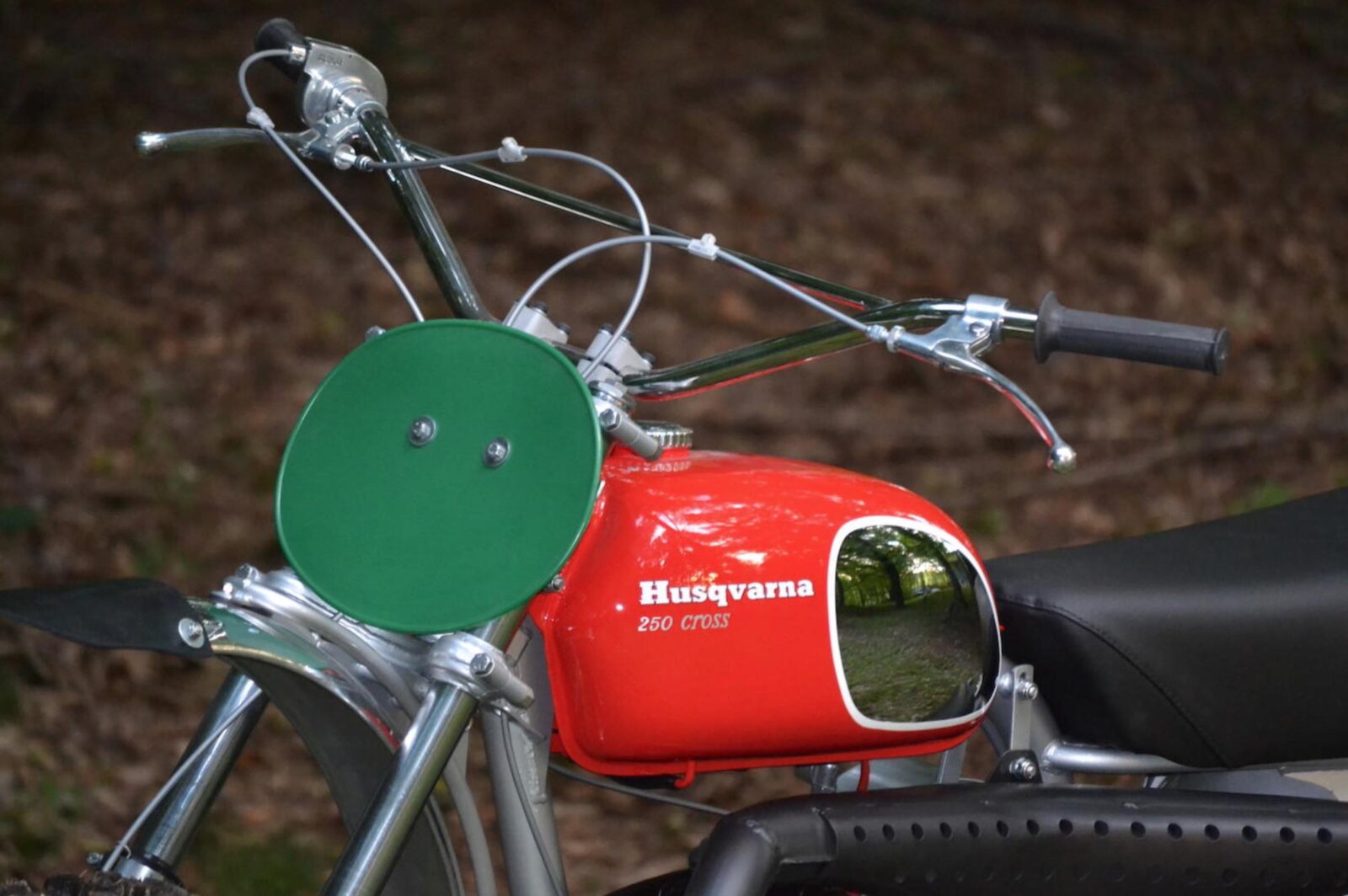 This is Dennis Hopper’s original 1970 Husqvarna 250 Cross, he bought it brand new just a year after the cinematic release of Easy Rider, one of his most famous works which he had co-directed with Peter Fonda and co-written with both Peter Fonda and Terry Southern.

Hopper is remembered as one of Hollywood’s true enfant terribles, an actor whose work reached across five decades and included a slew of iconic film and TV appearances including Rebel Without a Cause, Giant, Gunfight at the O.K. Corral, Easy Rider, Apocalypse Now, True Romance, Speed, and countless others.

Over the course of his career Hopper would be an actor, director, writer, film editor, photographer, and artist, with his critically-acclaimed photography work starting in earnest in the 1960s. 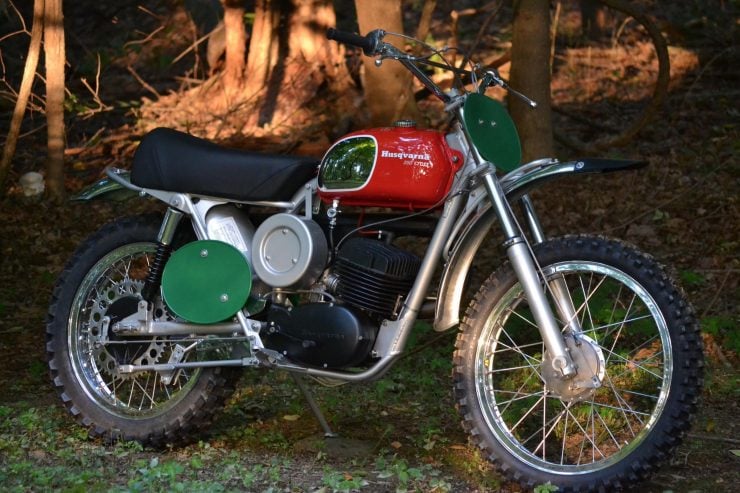 The motorcycles built by Husqvarna have probably had almost as many appearance on the silver screen as Hopper himself. The Swedish company was founded in 1689 in the town of Huskvarna to build firearms before expanding out into the production of sewing machines, kitchen appliances, and bicycles, before building their first motorized bicycle in 1903.

Today the company claims the title of oldest motorbike manufacturer with uninterrupted production and a list of world class racing victories dating back to the early part of the 20th century. It’s the 1960s and ’70s for which the company is probably best remembered, with their iconic red-over-chrome fuel tanks, punchy two-stroke engines, and impossibly low kerb weights.

Throughout the 1960s and into the 1970s Husqvarna won 14 Motocross World Titles, 24 Enduro European Championships, 11 Baja 1000 victories, and countless other smaller races and championships. The Swedish bikes were the ones to have, and every self-respecting motorcyclist who was also a Hollywood A-lister had one, including the likes of Steve McQueen, Dennis Hopper, and James Garner. 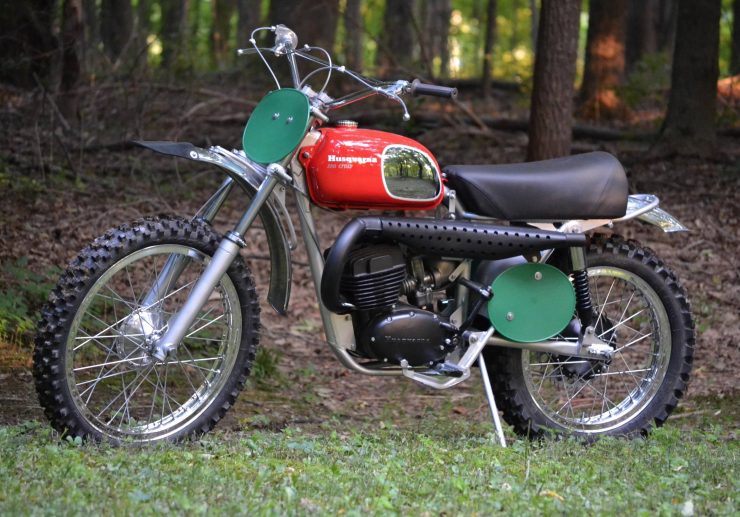 The Husqvarna 250 Cross was one of the genuinely great 250cc two-stroke motocross motorcycles of its time, in fact it’s one of the all-time greats.

A few other European manufacturers had been experimenting with two-stroke off-road motorcycles for some time, like Greeves, but it was the Swedes who took the concept up a notch with both the Husqvarna 250 Cross and the Husqvarna 400 Cross.

Before the arrival of the lightweight Swedes it has largely been British motorcycles like the Triumph TR6 Trophy and the Norton P11 that had been dominant for off-road racing – these were larger motorcycles with four-stroke engines and a considerably higher weight.

Against this competition the 250 Cross was almost unbeatable, thanks to its eager two-stroke and 208 lbs kerb weight, it would be these motocross bikes that would form the foundation of what we see today with modern enduro and motocross motorcycles.

The bike you see here is due to roll across the auction block with Bonhams on the 6th of October with an estimated value of between $20,000 and $25,000 due to its Hollywood A-list first owner. It was recently restored by the talented specialists over at Husky Restorations and it’s now presented in ready to ride condition – hopefully the new owner will ride it and not put it on display, it’s what Hopper would have wanted. 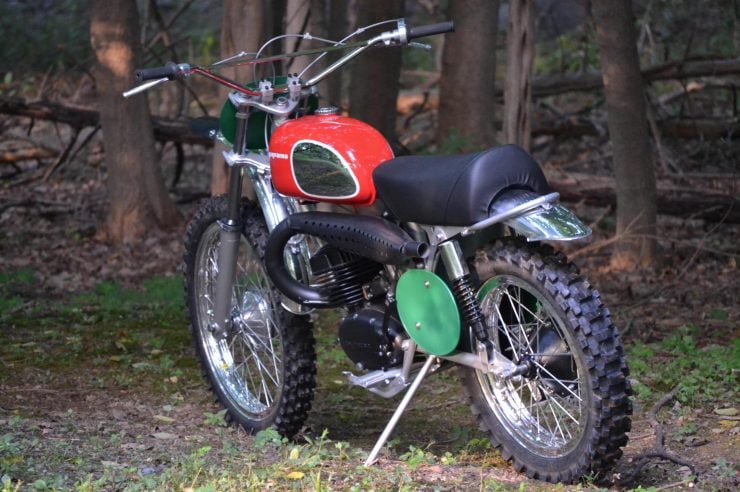 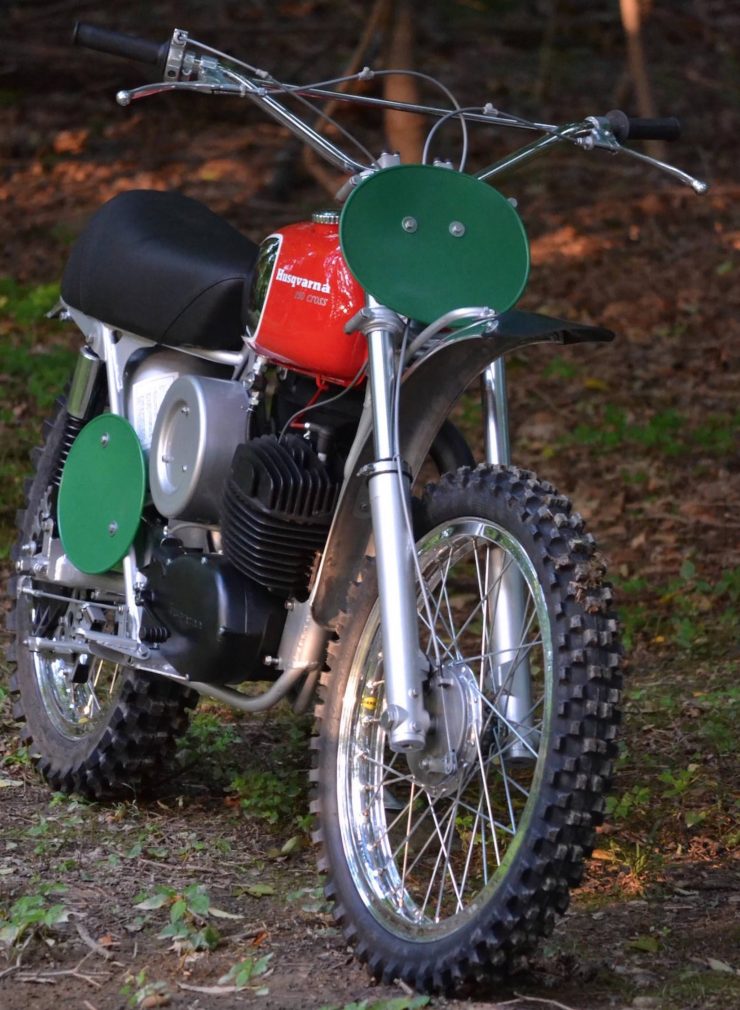 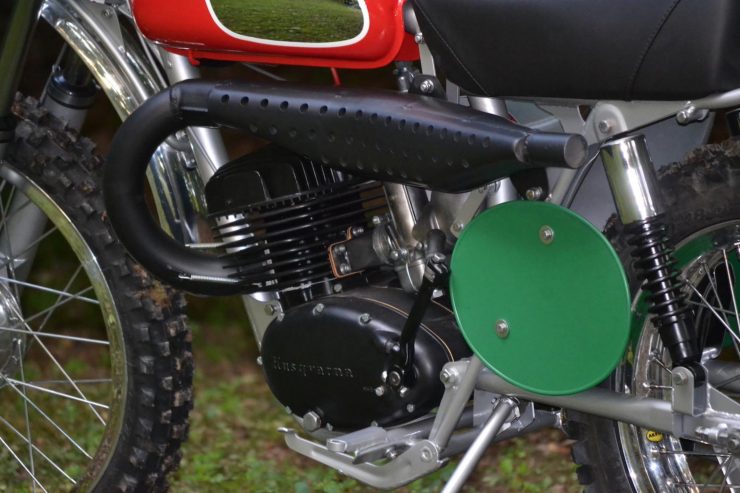 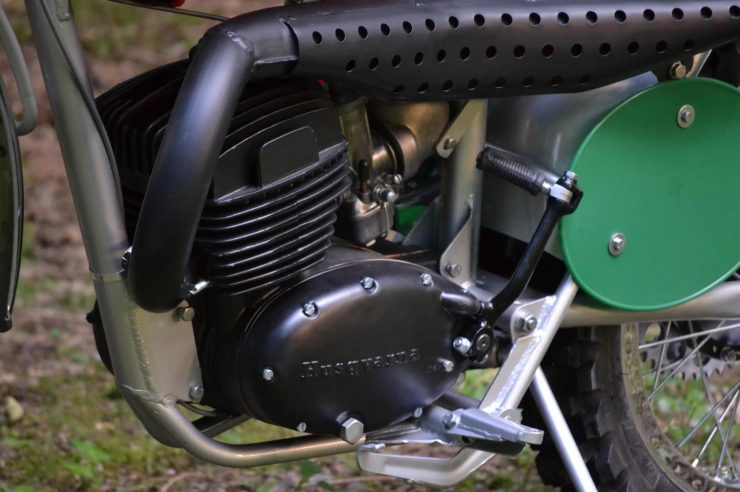 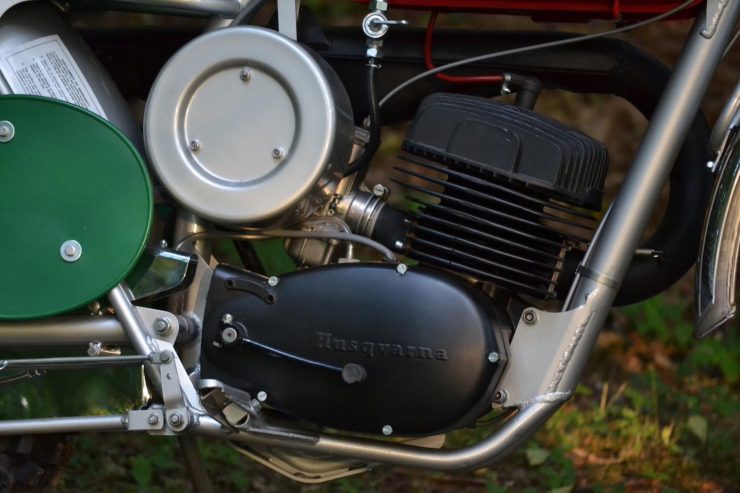 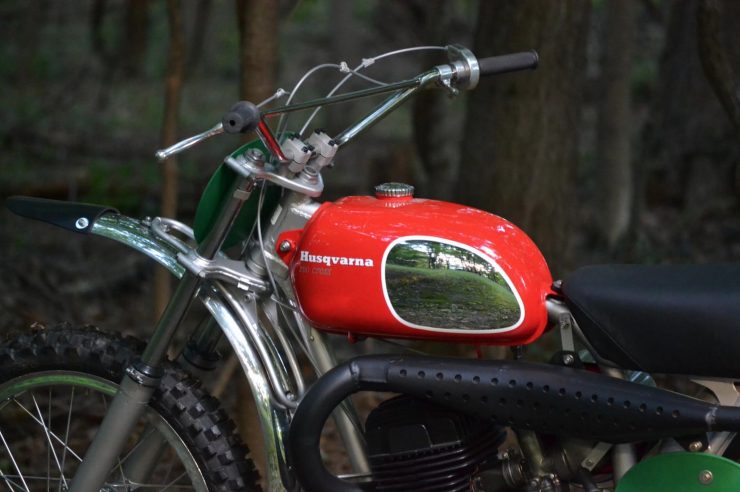 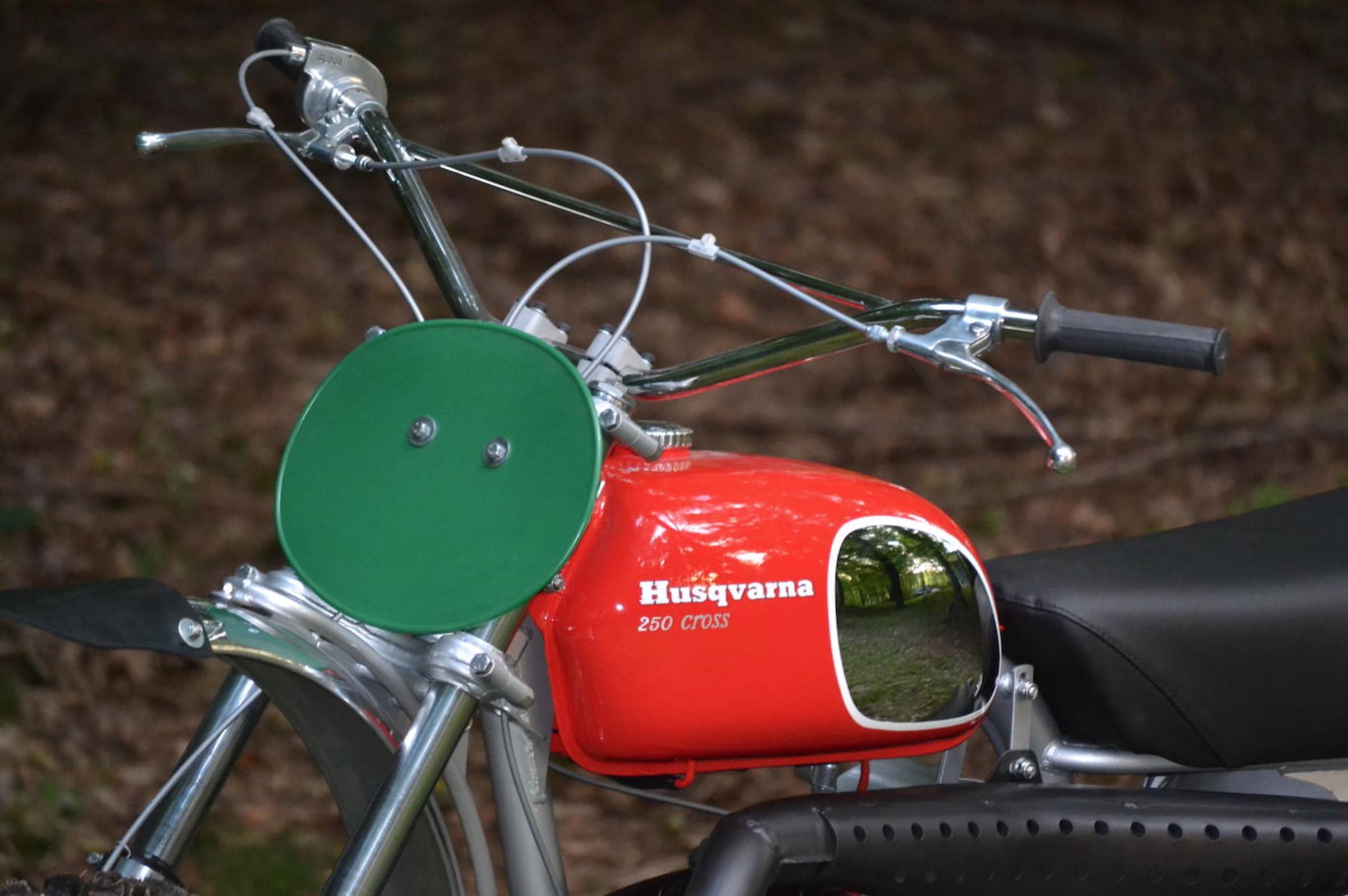