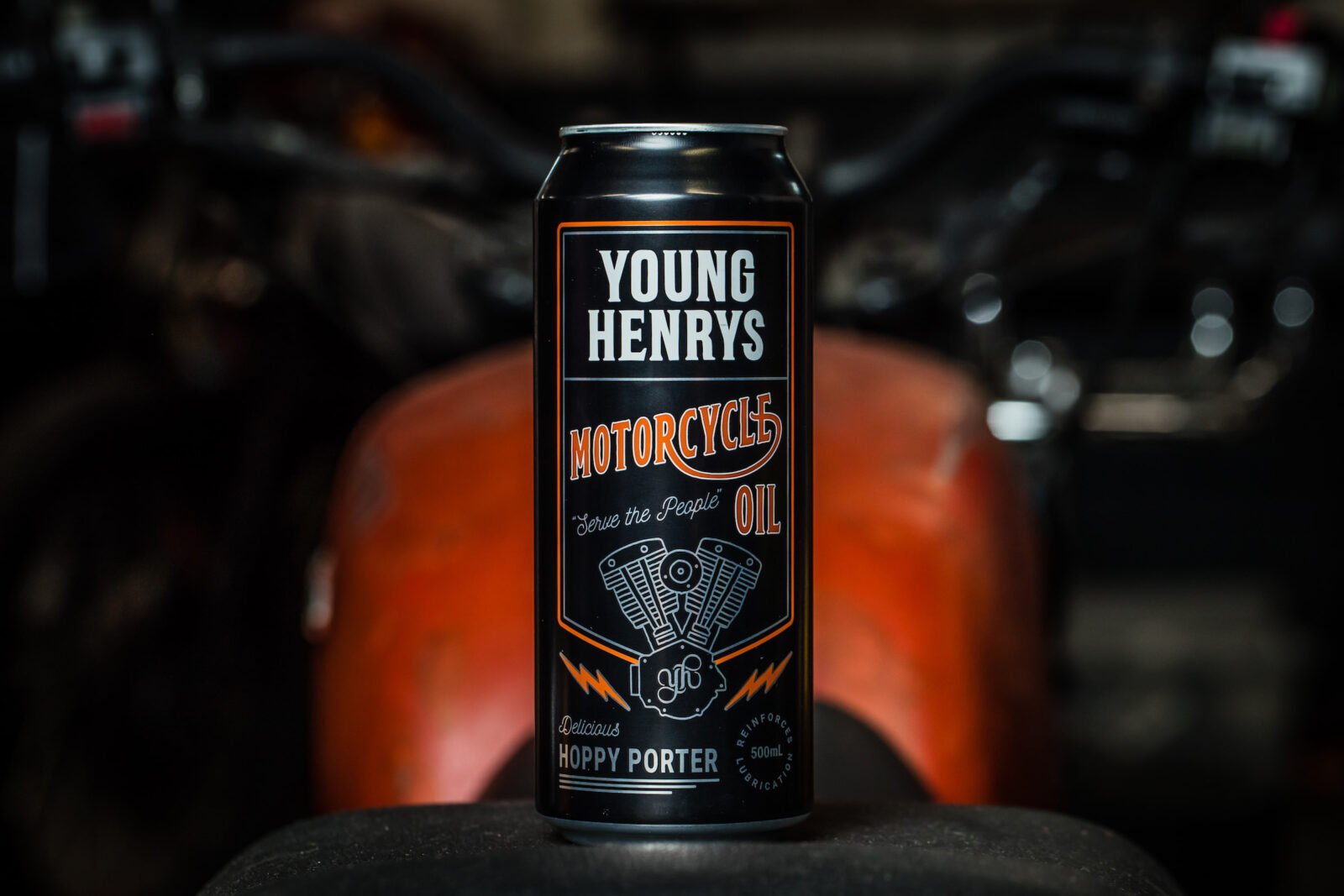 Young Henrys is one of Australia’s best loved local breweries and their reputation has been growing at an almost exponential rate. They recently received a phone call from representatives of the Foo Fighters, asking to team up with the band to create “Foo Town” lager, a special beer created to celebrate their ninth studio album and “Concrete and Gold” tour down under.

Just a laneway or two away from the Young Henrys brewery is the globally famous Rising Sun Workshop, a custom motorcycle workshop, community garage and restaurant – with some of the best ramen this side of Yokohama.

The Newtown locals are a friendly bunch, and the teams at Young Henrys have become friends and allies with the team at Rising Sun, leading to the inspiration for a new beer creation – Motorcycle Oil.

The crew at Young Henrys set about creating an entirely new recipe, with Weyerman Munich 1 and Carafa, Pale, Light Crystal, Rolled Oats and Bairds Roast Barley for malt, and US Warrior, Centennial, Cascade and Citra, and Aus Cascade for hops.

After careful brewing the all-new Motorcycle Oil beer has a deep dark brown to soft black color, with a smooth, hoppy, and mildly bitter flavor.

This is strictly a limited edition beer, so when it’s gone it’s gone. If you’d like to try it for yourself or order a case you’ll need to visit Young Henrys, or use their website footer tool to find a local stockist. 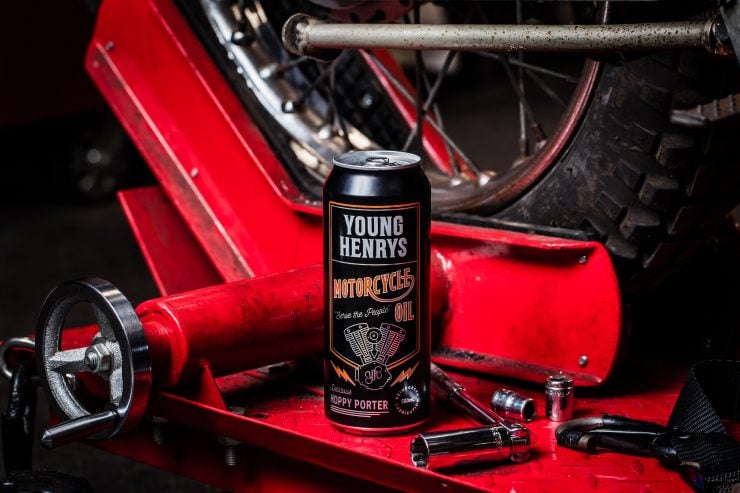 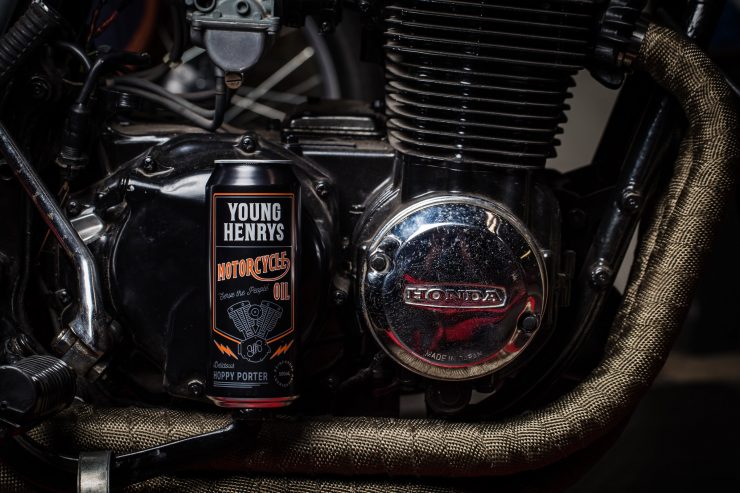 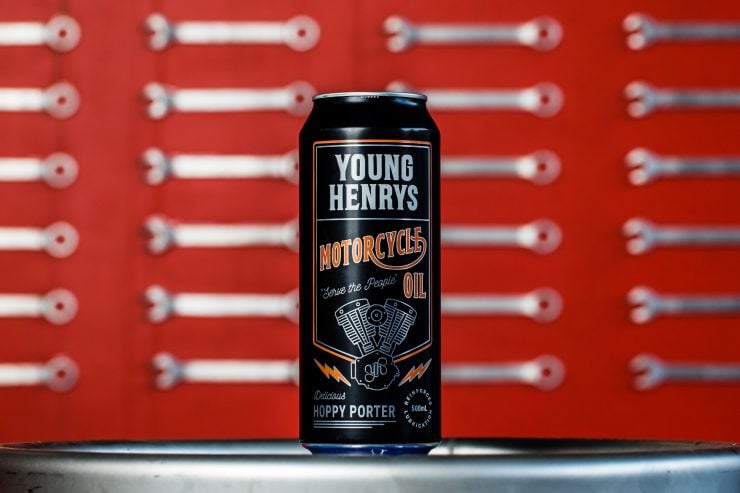