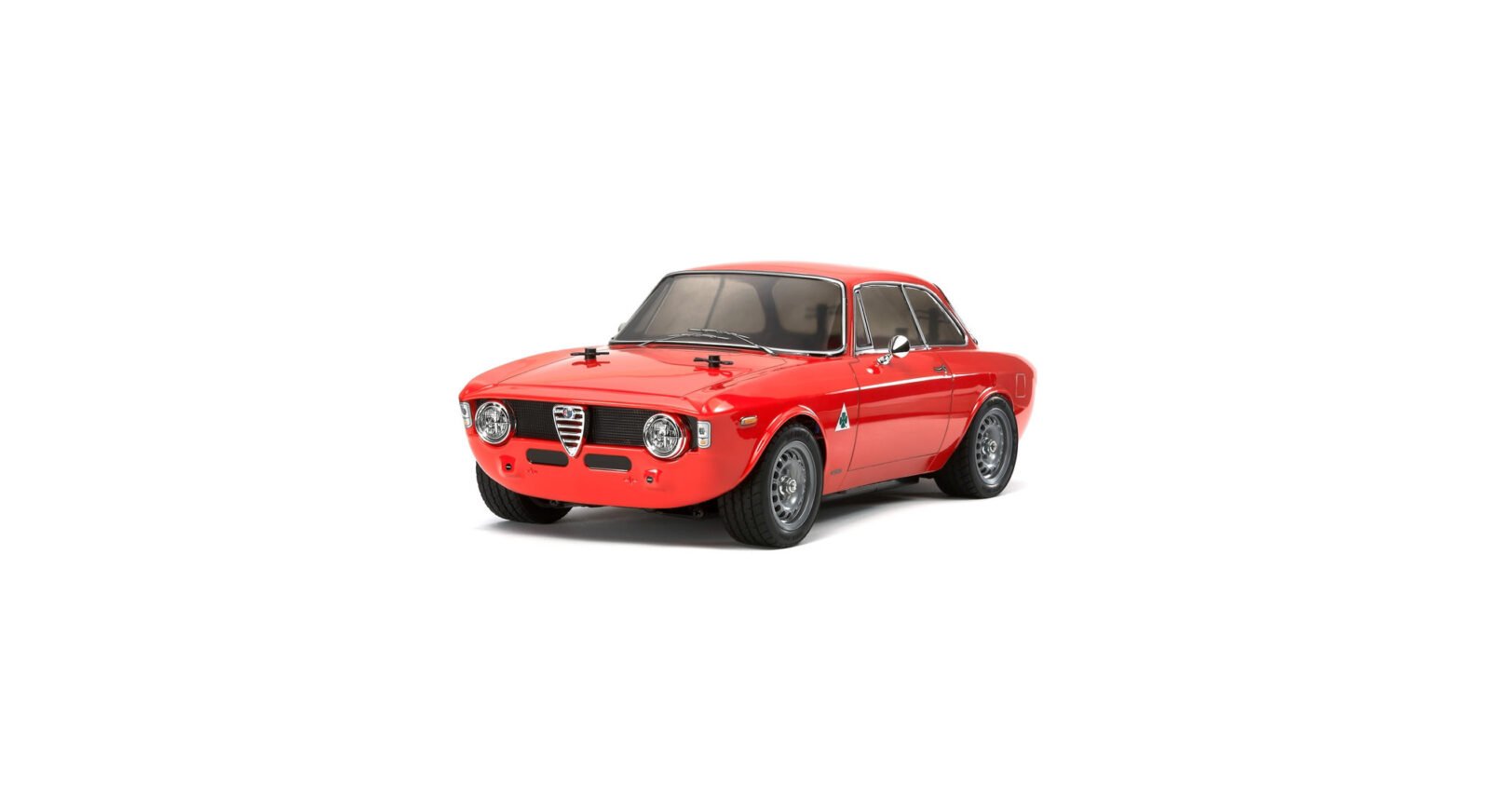 This 1:10 scale Alfa Romeo Giulia Sprint GTA R/C car by Tamiya is a sizable little car, measuring in at 385mm long (15.1 inches) and 225mm wide (8.85 inches) wide. It uses the tried and tested Tamiya M-06 chassis with a rear-mounted motor and rear-wheel drive, and it has a longitudinally-mounted battery pack for optimal weight distribution.

The Alfa Romeo Giulia Sprint GTA is remembered as one of the most iconic Alfas of all time, and their values have skyrocketed in recent years as enthusiasts and collectors all try to get their hands on one. Sometimes referred to as the “step front” or “step nose” due to the unusual gap between the leading edge of the hood and the front cowl.

The internal code name for the parent model was “Alfa Romeo Series 105/115“, they were built between 1965 and 1969. Styling was done by Giorgetto Giugiaro for Bertone and it was offered with a twin cam four cylinder engine with capacities ranging from 1290cc to 1962cc.

The motorsport successes of the Alfa Romeo Giulia Sprint GTA and its brethren are the stuff of legend, the cars won the European Touring Car Championship in 1966, 1967, 1968, 1970, and 1971 as well as countless individual races and the inaugural Sports Car Club of America Trans-Am Championship in 1966.

Each R/C kit ships with a sticker sheet and masking seals, the body is made from a single piece of durable polycarbonate that can be quickly detached from the chassis. Interestingly the chassis can be used with a variety of bodies, it can be extended or contracted to three different wheelbases, meaning you just need different polycarbonate bodies and wheels to create a wide variety of vintage and modern model cars. 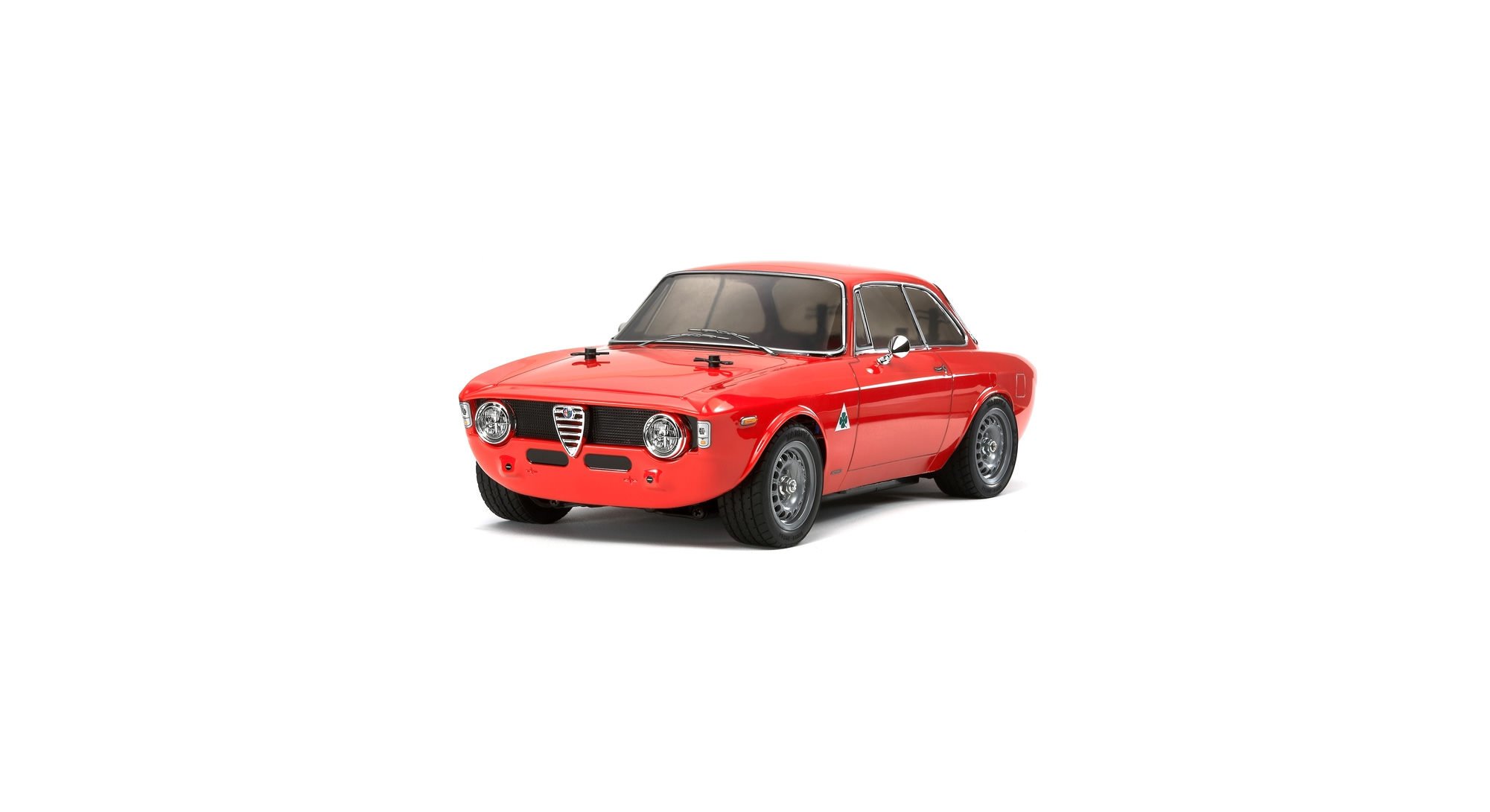