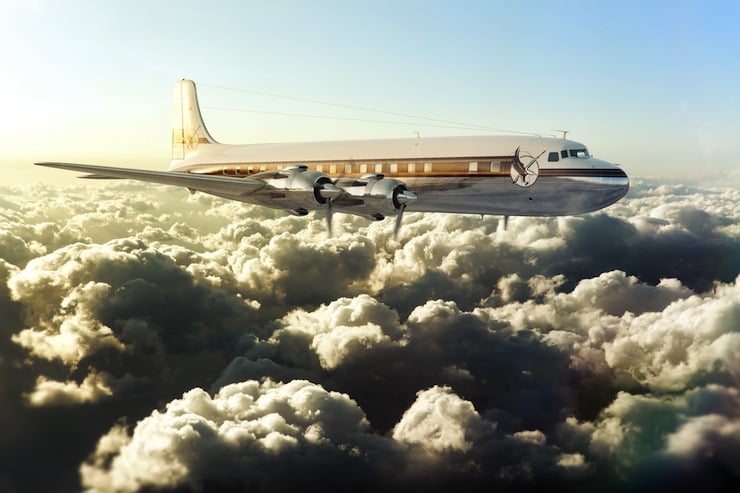 The Cloudmaster is a DC-6 born in June 1958 at Santa Monica, California. She was delivered new to Eagle Airways, the then major British independent airline, which itself was started during the Berlin Airlift 10 years earlier. After modification to the airline’s specifications the aircraft was registered G-APSA and began flying all over the world on commercial and military charters.

Early in her career G-APSA made several trips to Christmas Island at the end of the nuclear test program, then in the early 1960s was often seen in Adelaide, transporting rocket machinery and scientists to Woomera in Australia as part of the British space program (the tests were successful and the Blue Streak rocket later formed the final stage of the first European Arianne rockets which continue to this day).

On government charters the aircraft would often circle the globe in the space of less than two weeks, flying out via Ceylon and back via Hawaii, San Francisco and New York. On passenger trips G-APSA wore the markings of Cunard Eagle, a joint venture with the shipping line that formed her first association with the sea.

G-APSA spent much of the 1970s in the Arabian Peninsula but in 1987, race horse carrier Instone Air Lines bought the aircraft to enhance its fleet and returned her to the UK for a major refit. The new owner was the great grandson of the original Mr Instone, who in 1919 launched the first company in the world to use aircraft as a business. 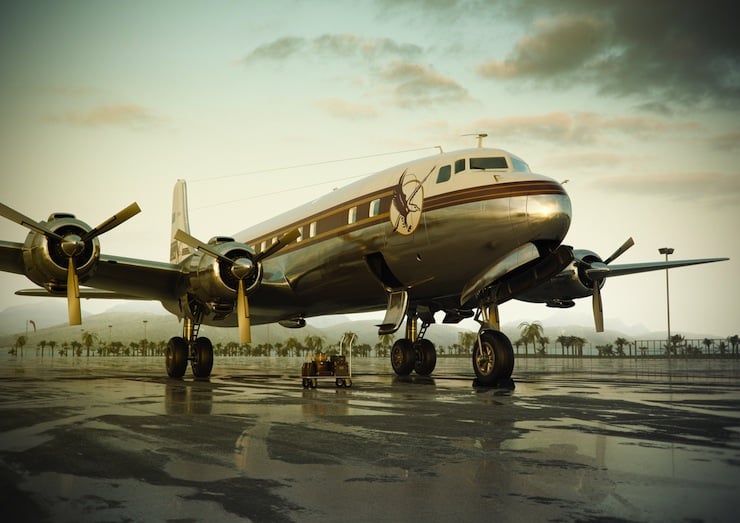 For almost two decades the aircraft flew commercial cargo charters, carrying everything from racing cars to newspapers, and became a popular act on the airshow circuit. Then, in 2008, she was invited to attend the Freddie March Spirit of Aviation concors at that year’s Goodwood Revival, and on top of becoming by far the largest aircraft ever to land there, was an instant hit with race goers who wanted to know when they could charter her. An idea was born.

Instone got together with experienced DC-6 operators and engineers, several of whom had recently collaborated on the industry defining restoration of the Red Bull DC-6, to launch a project to return G-APSA to luxury passenger operation.

Realising that the concept had more in common with classic yachts than traditional private jet operation, the refurb team commissioned the highly regarded London superyacht studio of Bannenberg & Rowell to create an interior befitting this exceptional aircraft.

The Cloudmaster will accommodate up to 30 passengers in uncommon comfort aboard an aircraft capable of transatlantic operations. Guests will enjoy spectacular views from the large cabin windows, often from the low altitudes that, unlike jet aircraft, G-APSA can access without performance penalty. When more appropriate to do so, she can of course operate in the airways, utilising a supremely comfortable fresh air pressurisation system that is so good it is now the model for the system on the new Boeing 787. (For the techs, this uses dedicated turbines to gently compress ambient atmospheric air, rather than using the dry and sometimes oily bleed air tapped off the jet engines of modern aircraft). 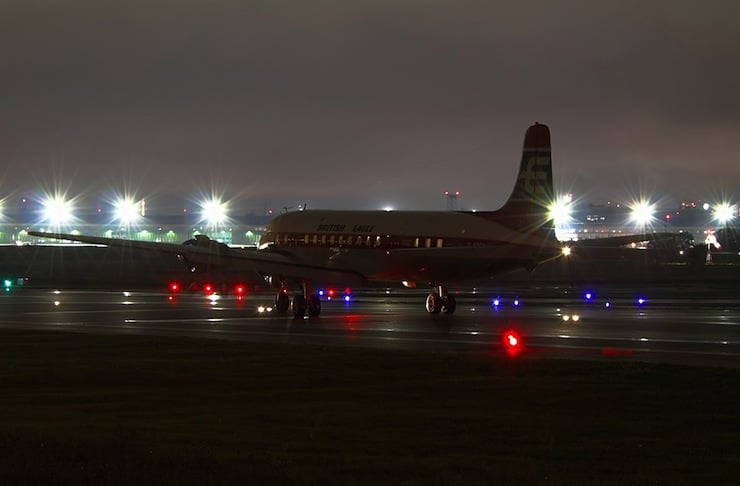 The Cloudmaster’s four Pratt & Whitney “Double Wasp” radial engines each have 18 cylinders, ranged in two rows and fired by a robust dual ignition system. With water injection the engines produce a mighty 2,500 hp, while in the cruise they burn a total of just 1,000 kg of fuel per hour. Astonishingly, the fuel required for a given trip is the same as the smaller cabin Embraer ERJ195 airliner, designed over 50 years later.

Ownership of the Cloudmaster is now available to a maximum of 8 shareholders who together will have unlimited access to the aircraft on at least 300 days each year. They will enjoy the use of this utterly unique aircraft at considerably less than the cost of a comparable business jet, with fixed costs divided among each share. The aircraft will be managed by a team of industry professionals with expertise in all areas of modern aviation, as well as in the special techniques required for the DC-6.

The Cloudmaster, though a true original, benefits from excellent spares back-up and a body of engineers and pilots well versed in her operation and maintenance. Her construction uses current alloys and the design is mature and well understood. 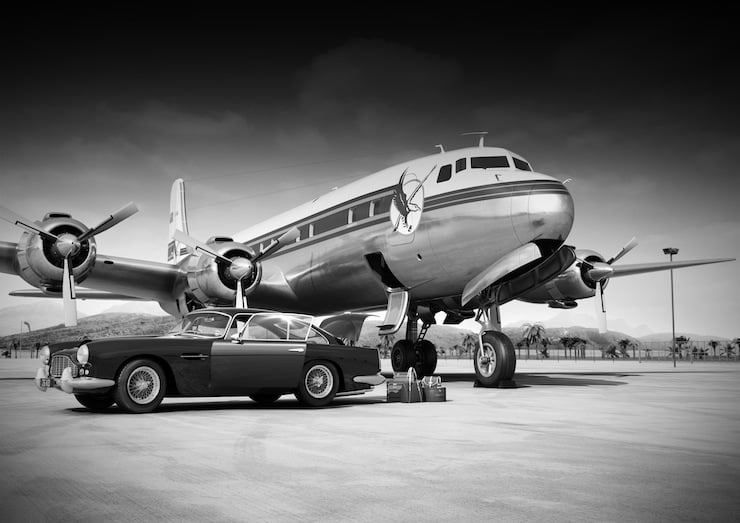 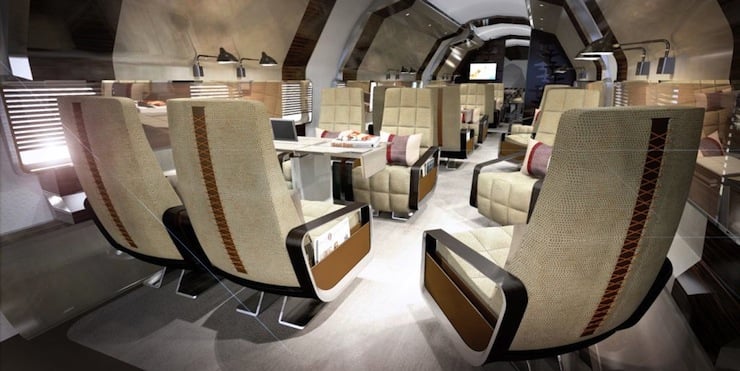 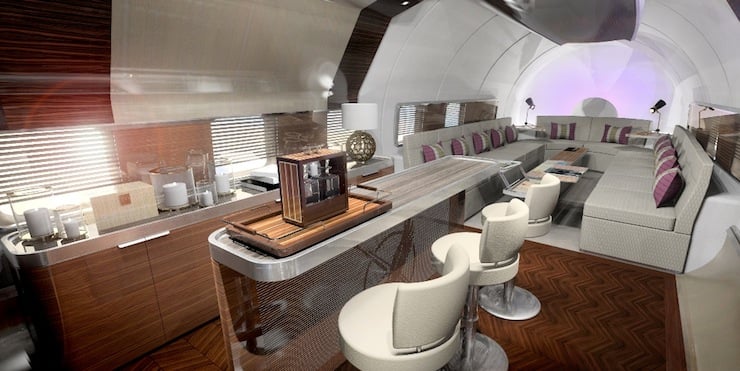 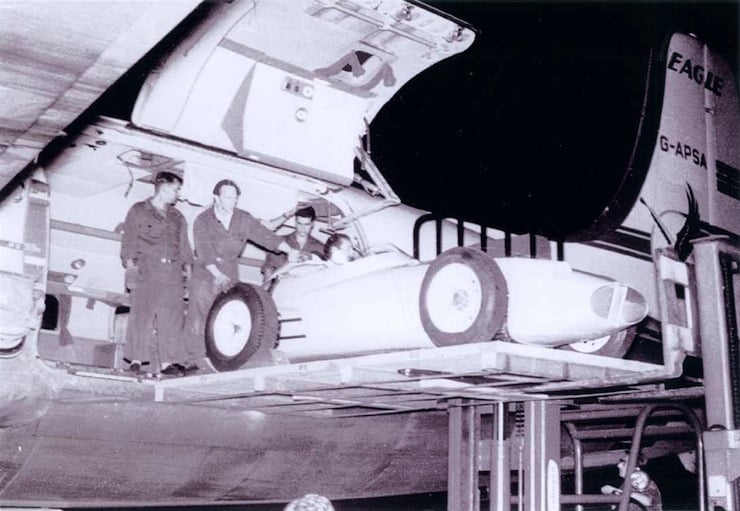 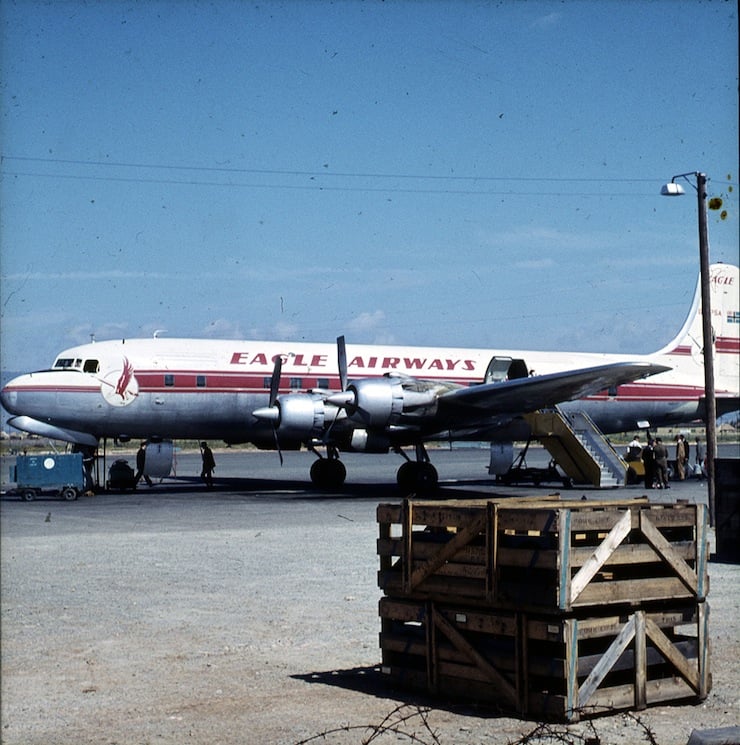 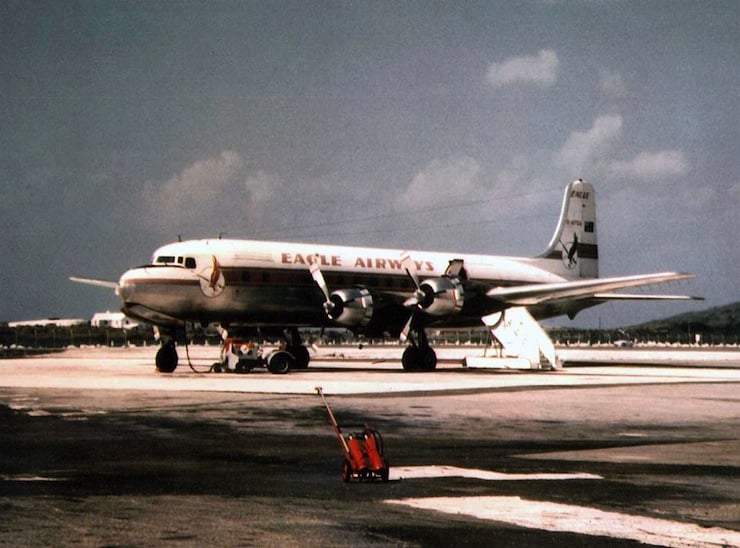 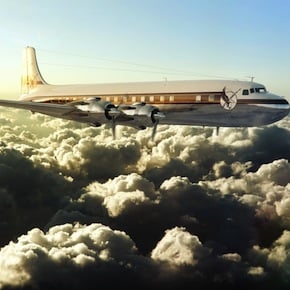