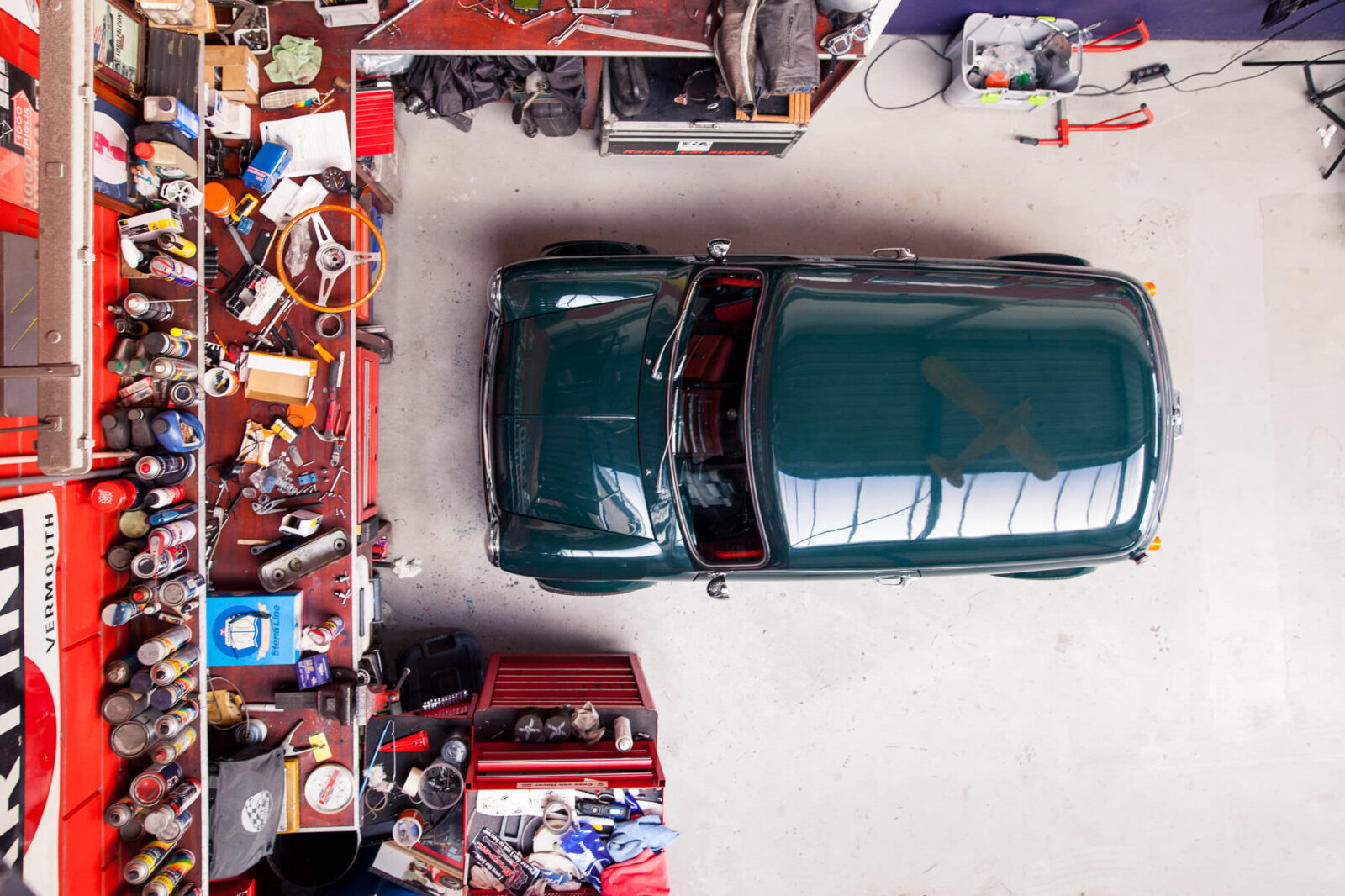 The Mini Cooper is probably the most famous giant killer in motorsport history, it was the performance version of the classic Mini, a car that had originally been designed in 1957 by Jack Daniels and Chris Kingham, with head designer Alec Issigonis doing the lion’s share.

A Short History of the Classic Mini

The design brief for the Mini was simple, Leonard Lord – the head of BMC, laid down the following specifications:

The design team chose the BMC A-Series four-cylinder, water-cooled engine, and in a stroke of genius they mounted it transversely, with the gearbox underneath it powering the front wheels. This mean that the car didn’t need a transmission tunnel or bulky rear axle/differential, resulting in the Mini having 80% of its floorpan dedicated to passengers and their luggage. This basic layout has now become the de facto standard worldwide for compact cars, all of which can trace their lineage back to the original Mini. 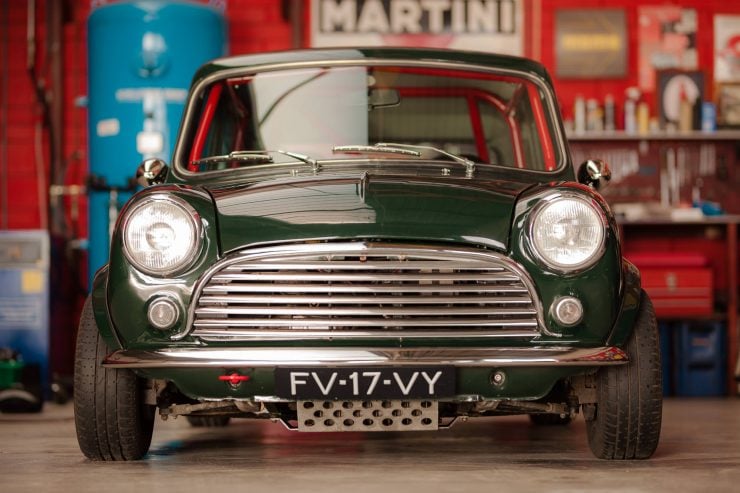 Leonard Lord famously hated the Fiat 500 and other micro-cars of the era, his goal with the Mini project (originally dubbed XC9001) was to create a “proper miniature car” with space for four adults and some luggage.

In order to keep costs down, the body was a welded steel monocoque that had been designed so it could be flat-packed and sent to factories in other countries for assembly. BMC unveiled the Mini on the 26th of August 1959, though by this time over 2,000 cars had been built with many sent abroad – allowing the car to be simultaneously unveiled worldwide.

Somewhat unexpectedly the Mini would become a motor racing icon, despite that fact it hasn’t been designed with racing in mind. Formula 1 car designer and owner of the Cooper Car Company John Cooper was friends with Issigonis, and he approached him about creating a racing version of the new car.

Issigonis was famously reluctant but the management of BMC approved the plan to build 1,000 Mini Coopers with uprated engines, suspension, and brakes for Group 2 homologation. With its ~600 kilogram kerb weight, 55 bhp engine, and go kart handling, the first Mini Coopers were able to rack up multiple motor sport victories – adored by the public who couldn’t help but love the plucky little underdog beating far larger and more powerful cars. 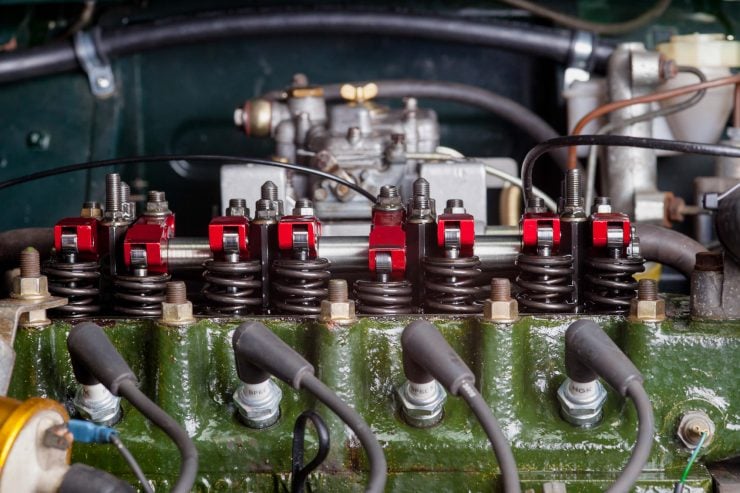 It’s not known if BMC expected the Mini to be as much of a sales success as it was, its popularity was explosive, and it was one of those rare designs that transcended class – Minis were bought by everyone from hotel maids to rock stars, and everyone in-between.

The 1980 classic Mini you see here has been comprehensively rebuilt by a Dutch enthusiast using a Mini 1000 as the base platform. He was inspired by Neville Trickett’s Minisprints, and he started the project with a full strip down to a bare shell, before giving the car a full respray and beginning the build.

A newly built 1380cc engine was sourced, fitted with roller rockers, a 296 degree cam, a 45 DCOE 13 Weber carburetor. The bulkhead was modified to allow good airflow to the carburetor, and to give the option of fitting a Turbo Metro engine in the future.

Inside, the car has been fitted with a fill bolt-in roll cage, Cobra seats with 4-point harnesses, and the steering column has a drop bracket fitted. There are 8.4” Cooper discs and calipers on all four corners that fit neatly into the alloy 10” Cooper replica wheels fitted with Yokohama Advan A-008 165/70/10 semi-slicks tires.

The original suspension was replaced with a Hi-Lo Suspension Kit paired with red Koni shock absorbers – giving the car precise handling with the much-loved go kart qualities that the Mini is famed for.

After the rebuild the engine was dialed in, and dyno tested at 110hp – this is a mighty figure for a car this light. The original gearbox would never have survived, so a new performance straight cut gearbox was installed.

The completed car is now the quintessential sleeper, ready to embarrass anyone who makes the mistake so many have made before – underestimating the mighty Mini.

If you’d like to buy this car or read more about it you can click here to visit Image Street Classics. 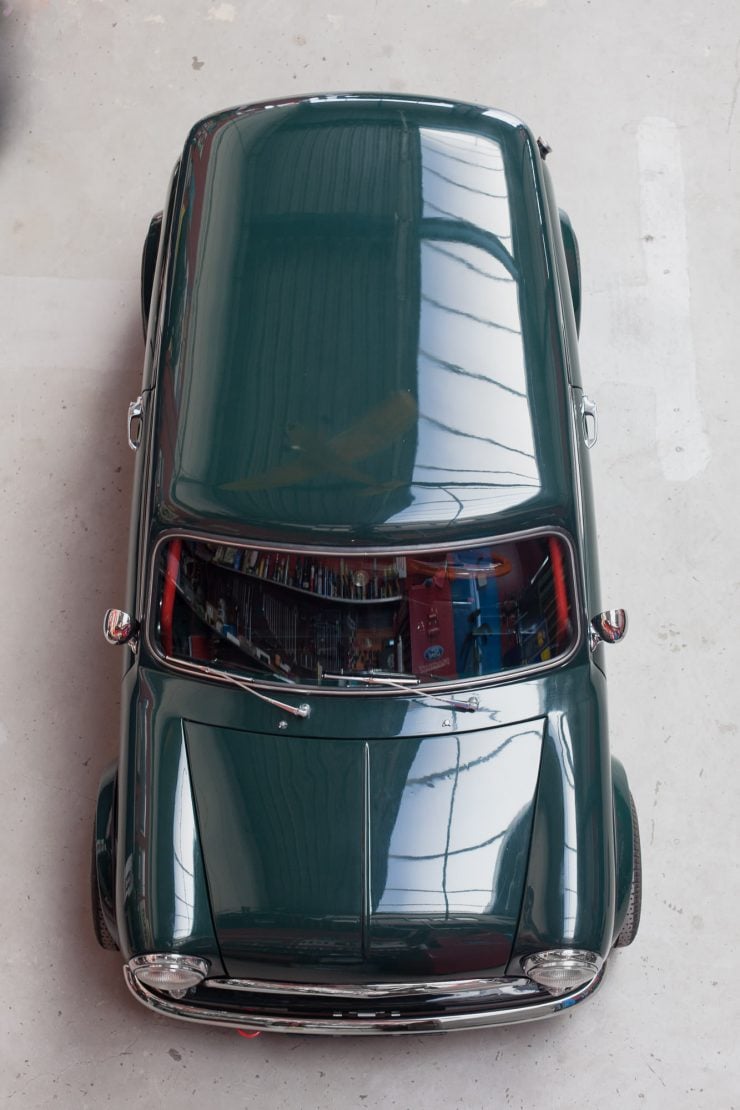 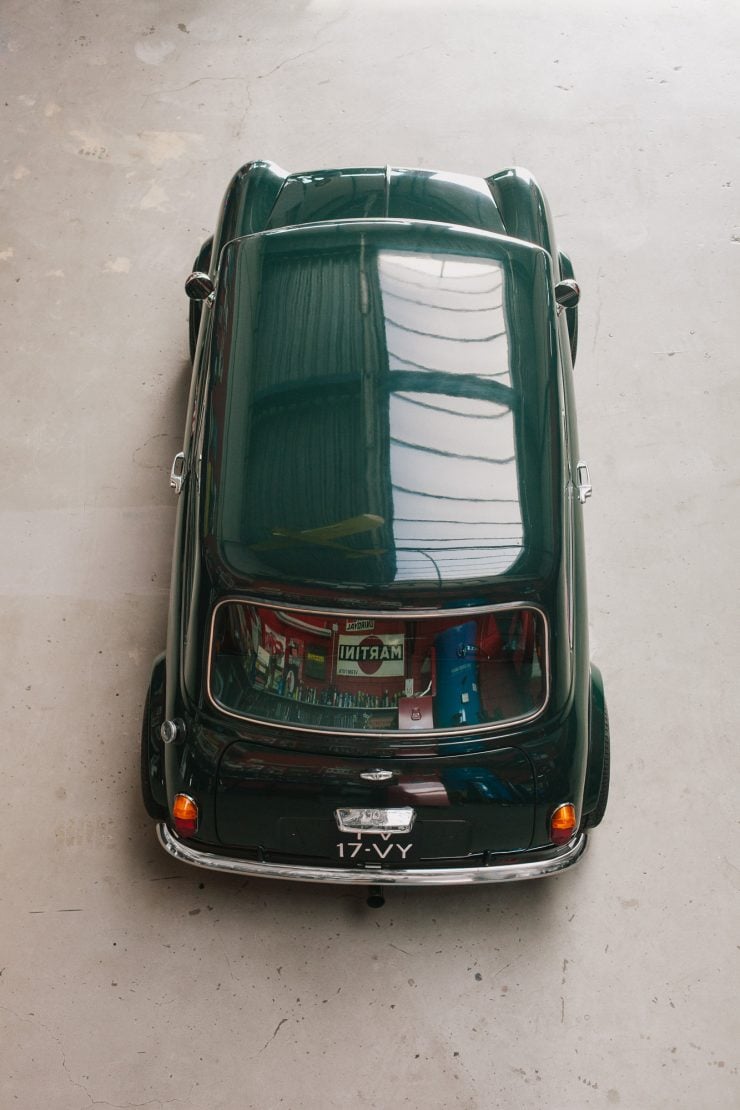 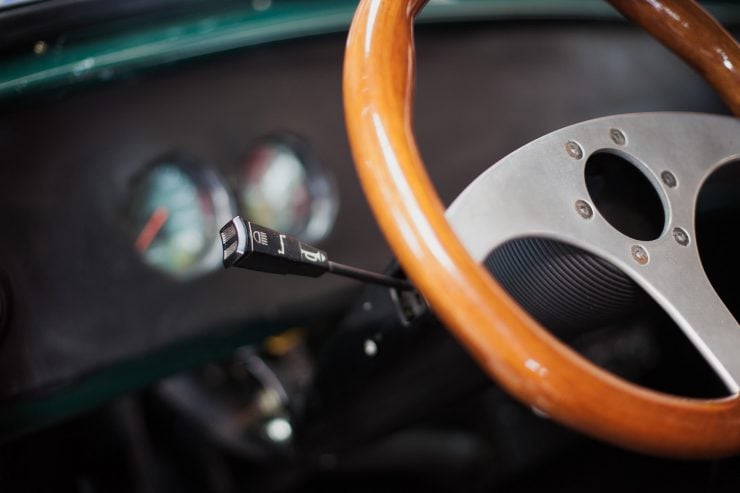 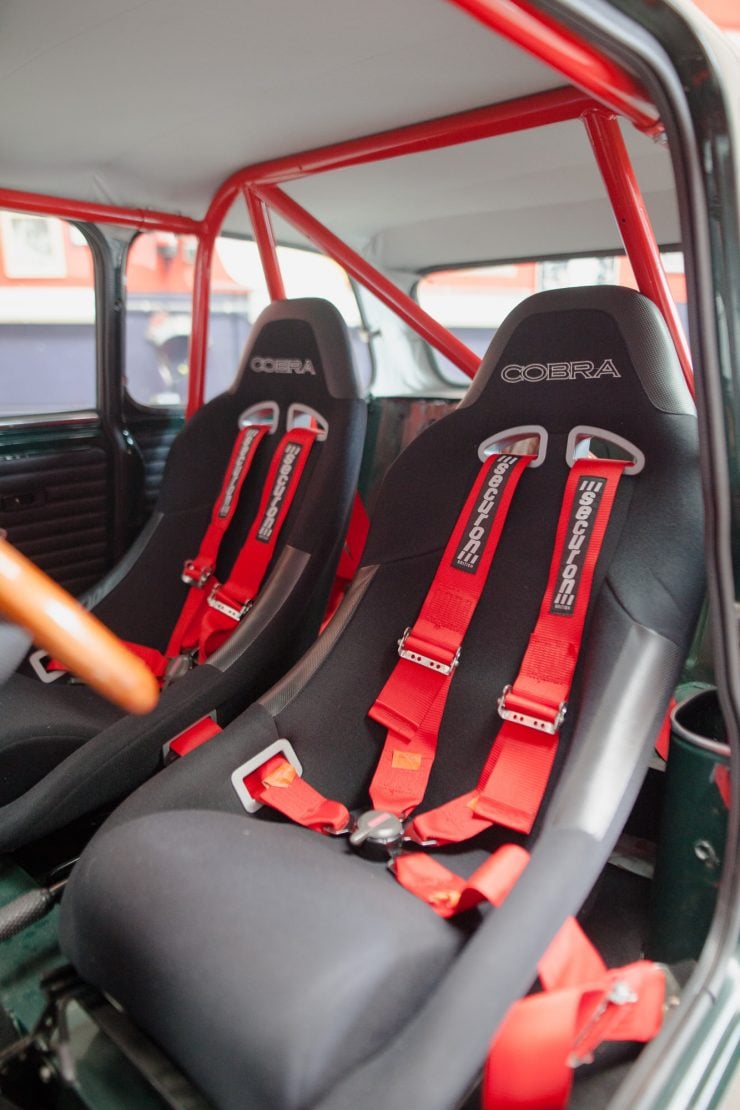 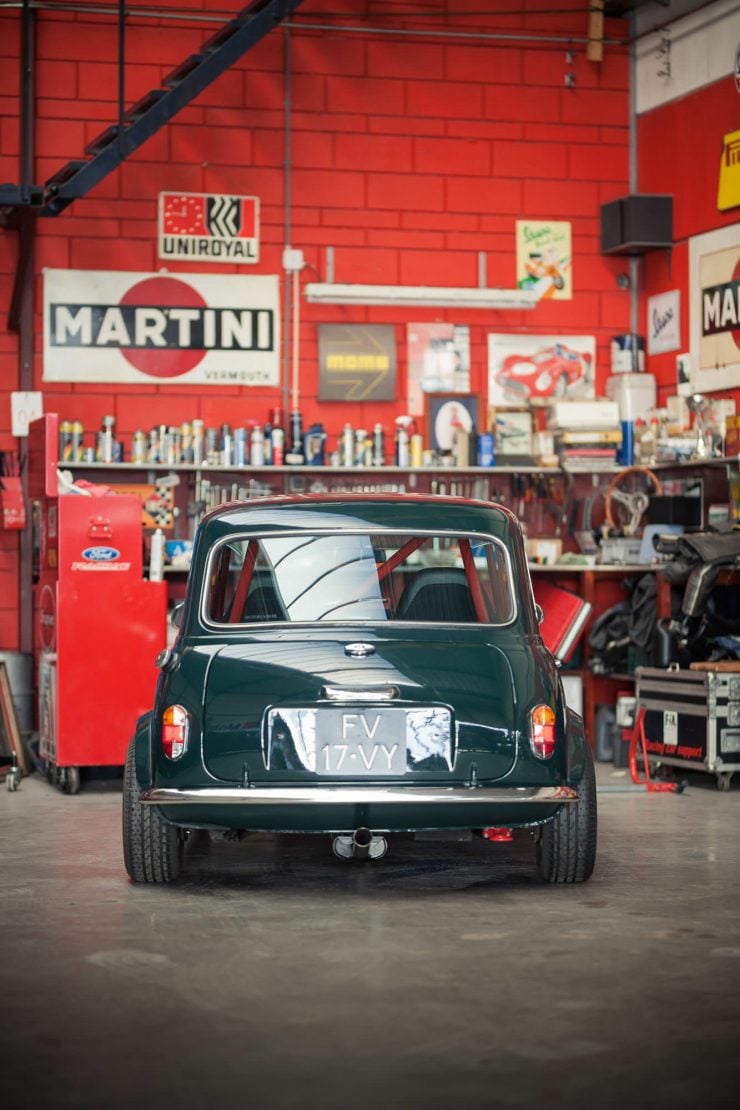 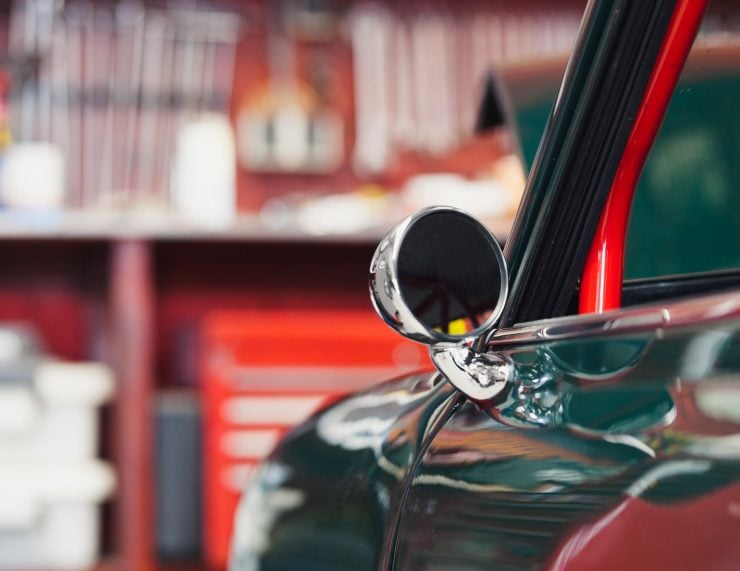 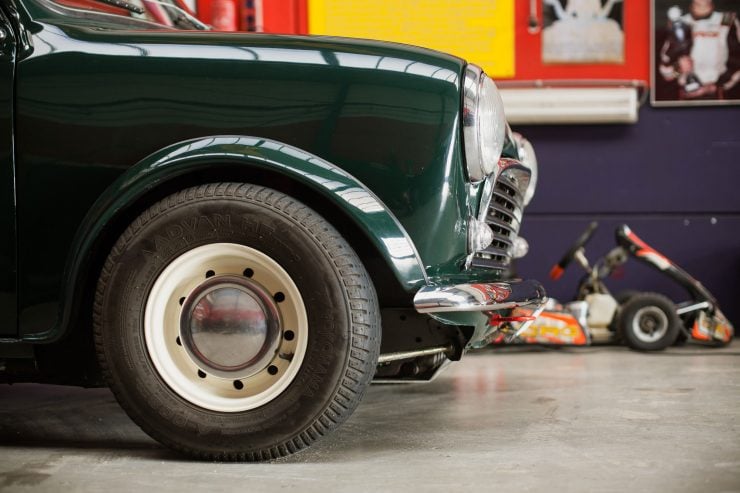 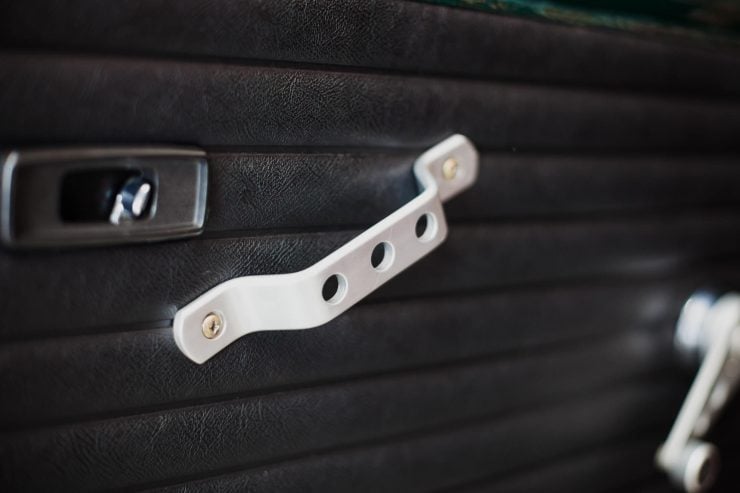 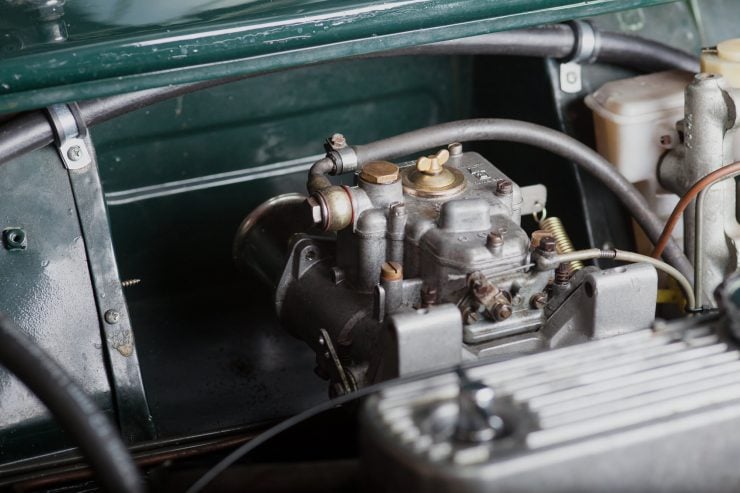 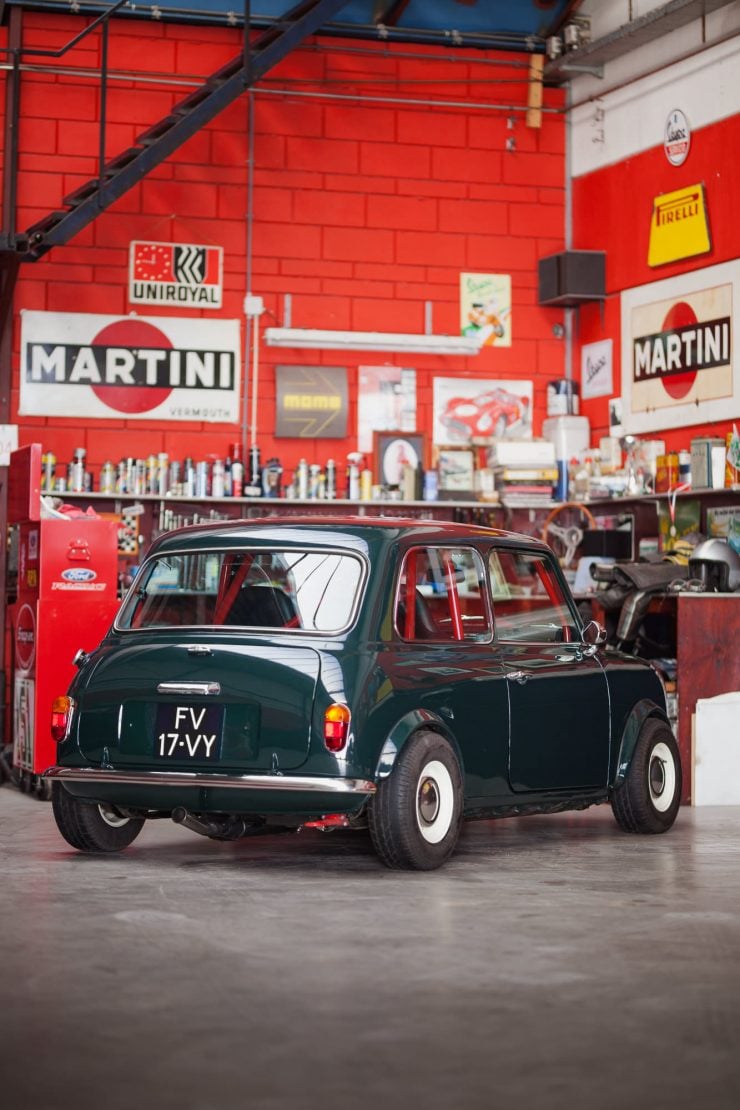 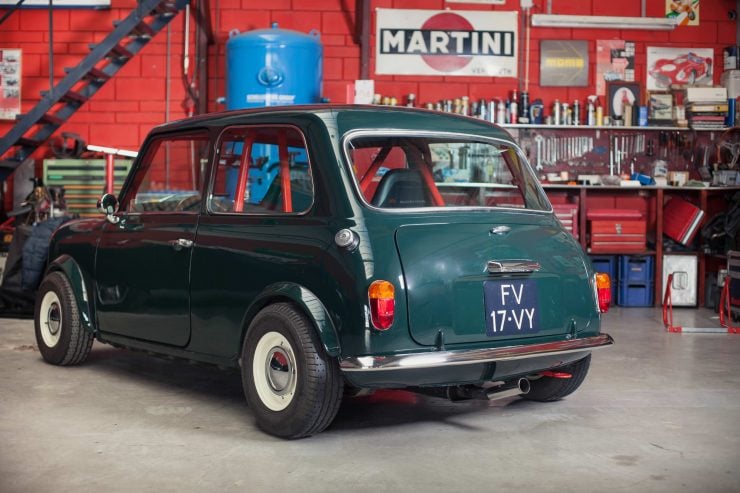 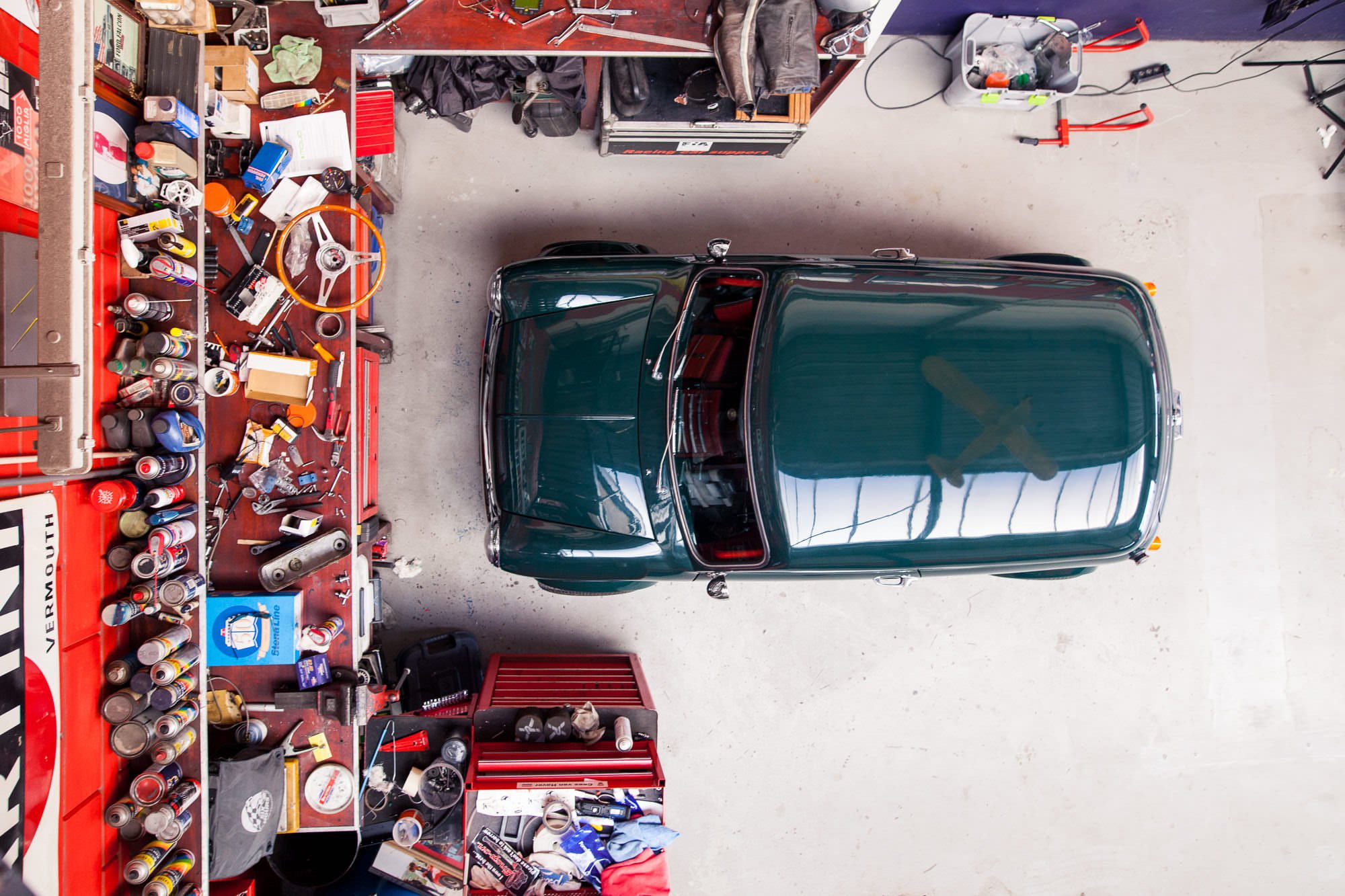