The Thodio .50 Cal A-Box – The Original Ammo Can Boombox 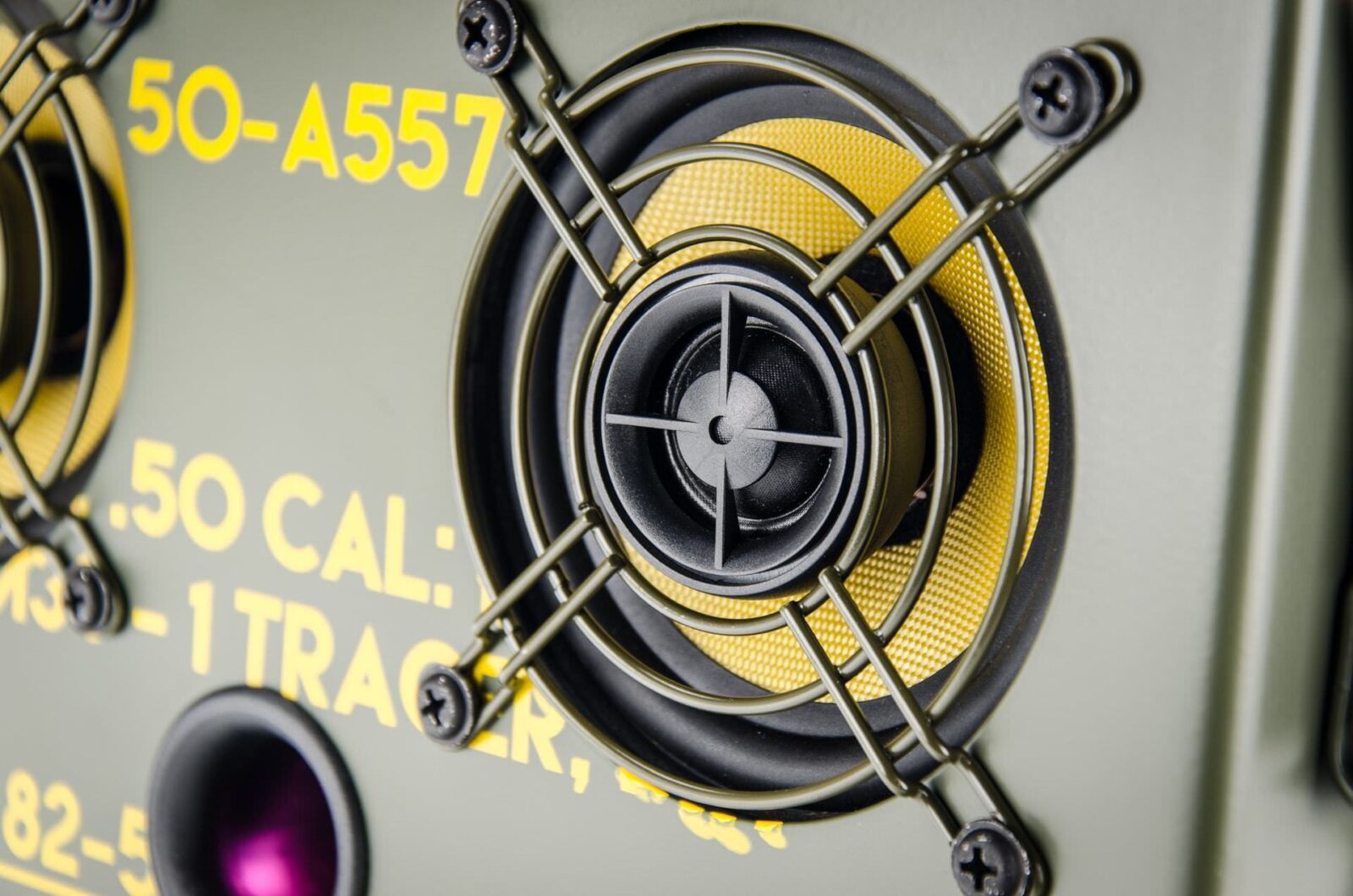 The Thodio .50 Cal A-Box is known as the original ammo can boombox, each is made using a steel ammunition box previously used to hold .50 caliber rifle rounds.

Each unit is individually handmade in Amsterdam, using 4 inch custom Thodio KSX4 high power, long throw coaxial Kevlar speakers with 3/4 inch Softdome tweeters, and audiophile filter components. These are powered by a highly efficient 200 Watt Class D amplifier, and a 26 hour lithium-ion battery – which can be upgraded to either 52 or 78 hours if needs be.

When ordering your boombox you can choose between having just a normal 3.5mm auxiliary jack, or having additional options like bluetooth, wifi, and even an input jack for an electric guitar. An extra $35 USD will also get you a USB jack which can be used for charging your other electronic devices using the lithium-ion battery inside the .50 Cal A-Box.

Interestingly there is a battery indicator light in the bass reflex port, so you’ll know your approximate battery level by the color – white means full, orange indicates 66% remaining, and red shows that you have 33% remaining.

Each Thodio .50 Cal A-Box ships with a charger allowing it to be plugged into the mains power, and it’s designed to be left plugged in when you’re at home so the battery will always be at 100% when you need it.

The internal lithium-ion battery packs are designed to be user replaceable, and each boombox comes with a 3 year warranty from the factory. 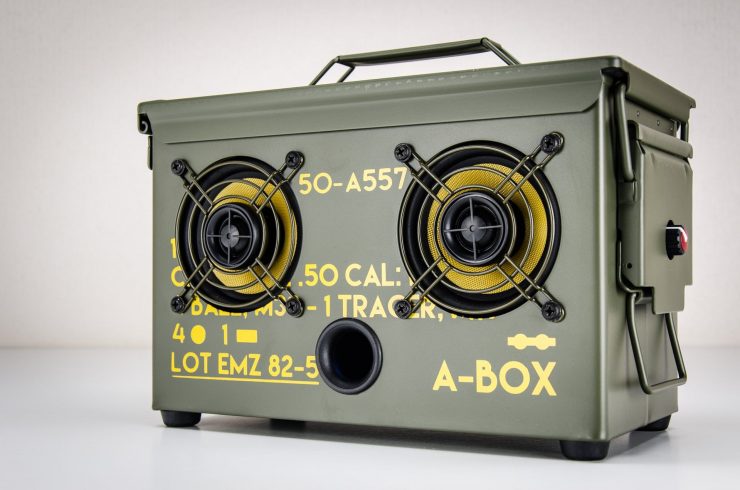 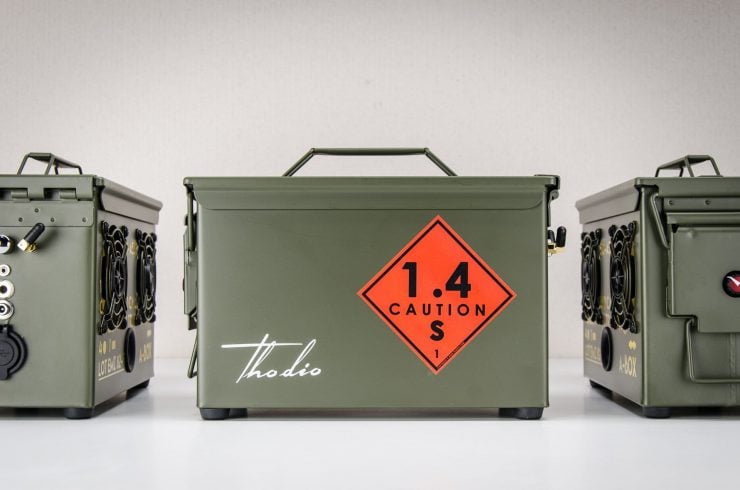 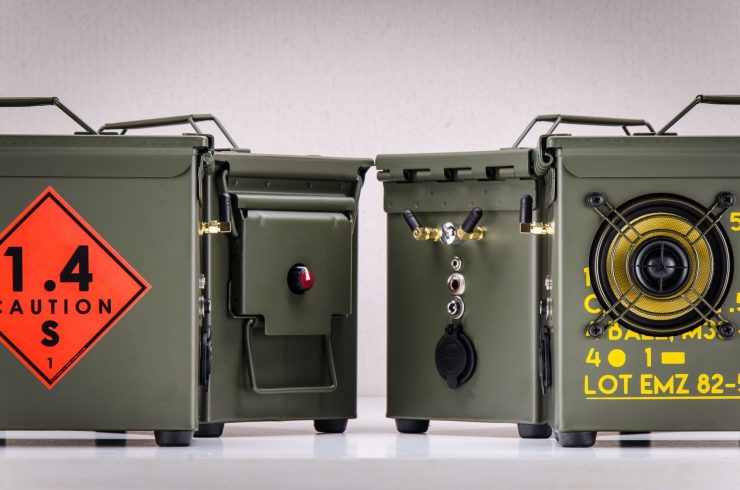 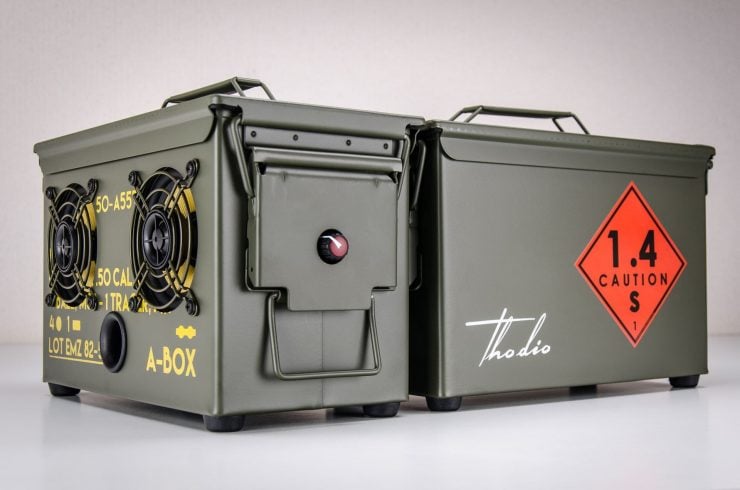 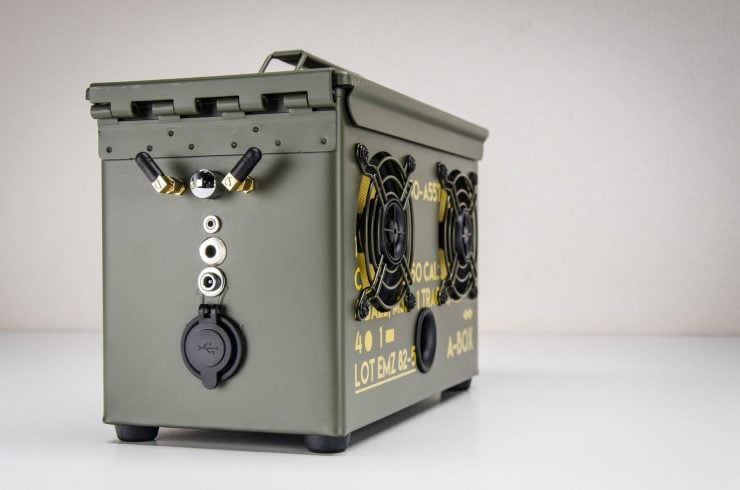 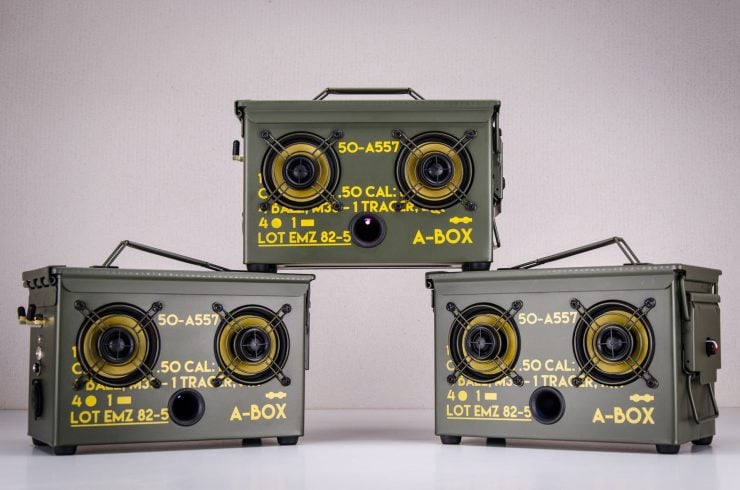 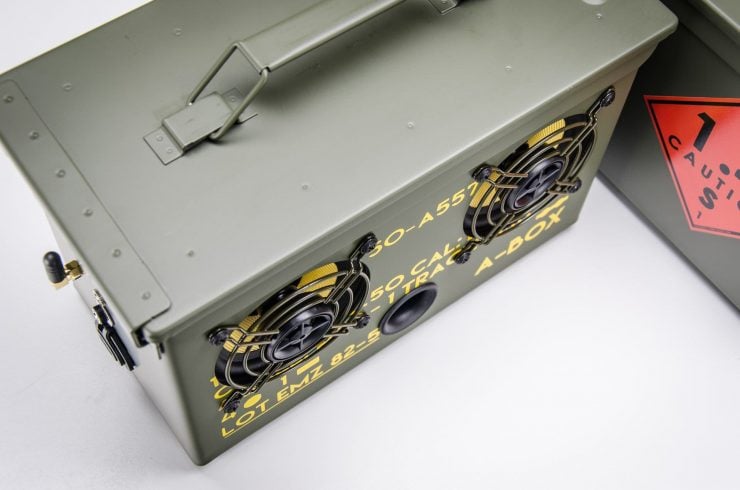 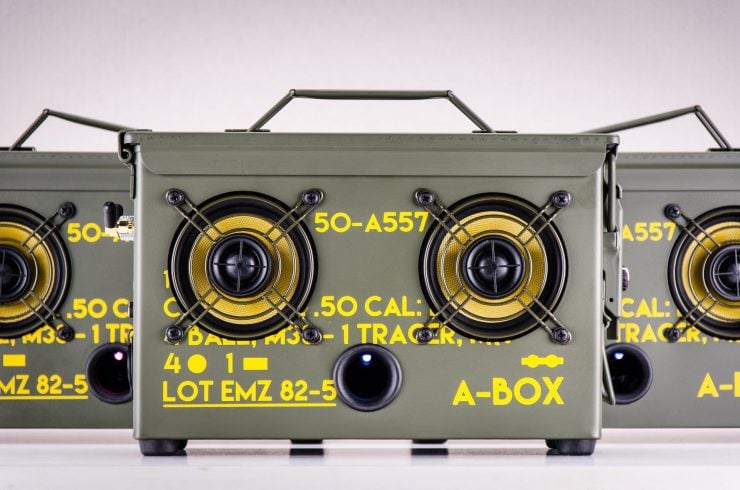 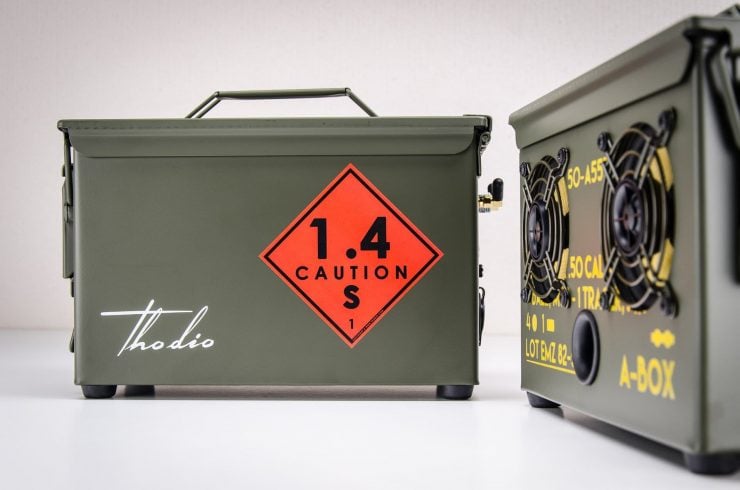 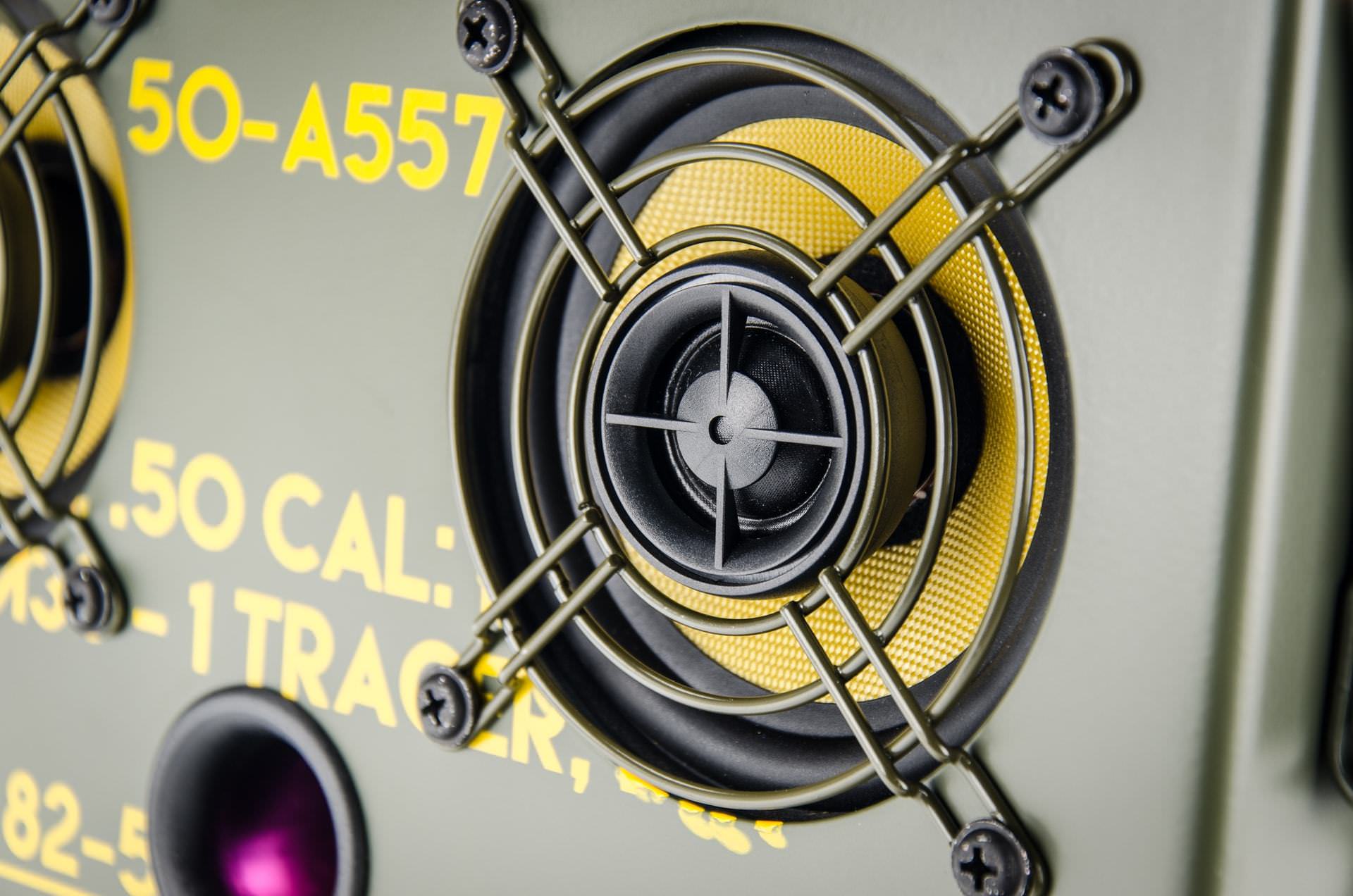