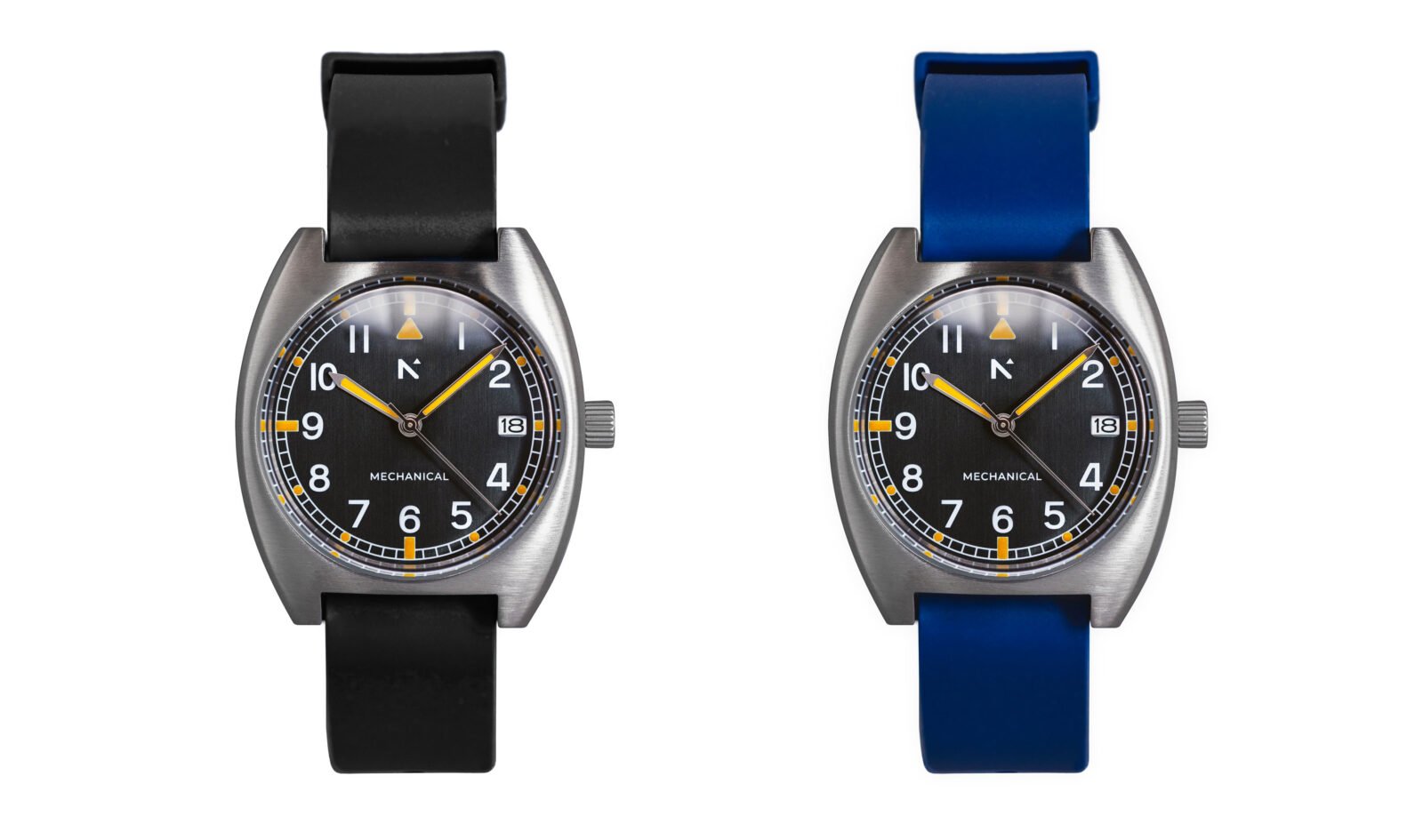 We’re used to seeing watches at this price point powered by quartz movements, and although quartz movements do have their benefits, most watch collectors and enthusiasts much prefer mechanical movements. 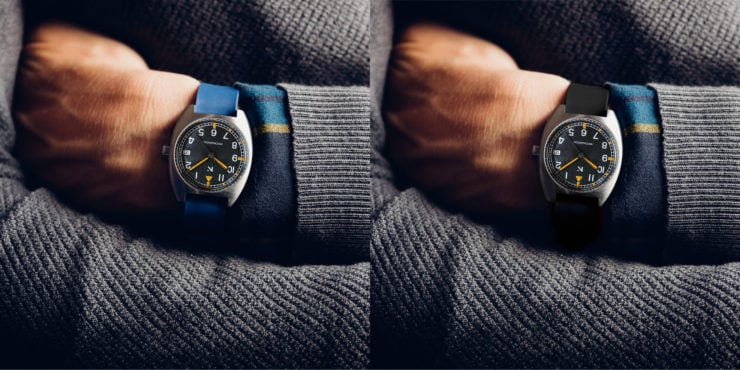 With its classic mid-century design the Altitude packs the essential details you would need in a watch for use while flying; including a clearly legible face that can be easily read in low-light conditions thanks to the Luminova lume on the markers and hands, a tough 316L stainless steel case, a domed, hardened mineral crystal, and a reliable movement with a 41 hour power reserve.

The team at Rotate North developed the Altitude to be a daily wearable watch that will last decades – perhaps longer thanks to its highly serviceable movement.

The watch comes with a natural rubber strap made from sustainably-sourced rubber by a small family business in Northern Italy, and it’s water-resistant to 10 ATM (100 metres or 330 feet). When ordering you can choose between blue or black straps (shown above and below), and the watch has a case size of 38mm. 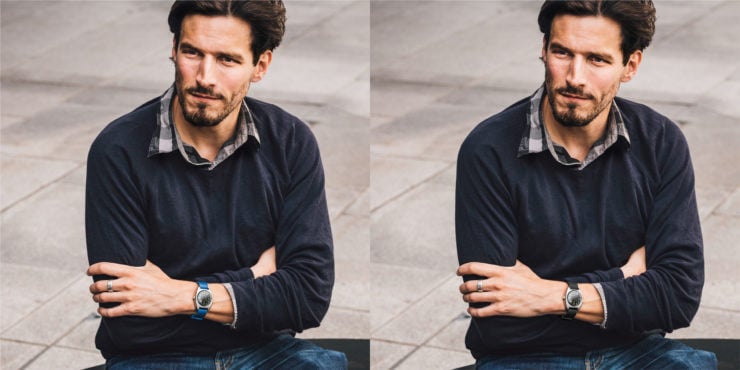 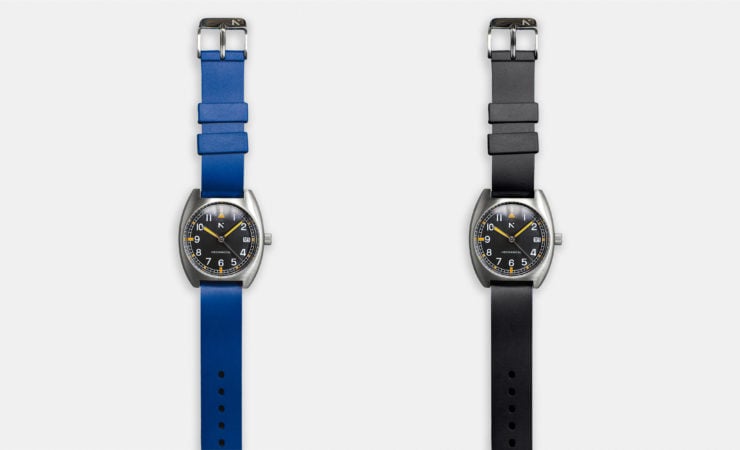