When Suzuki released the TM400 MX “Cyclone” in 1971 they touted it as a world-beating motocross bike for under $1,000, it’s US MSRP was exactly $999. Unfortunately, the flexible frame, terrible brakes, and razor thin powerband meant that the TM400 MX quickly earned a reputation for being a widowmaker, and few motocross bikes to this day can beat it in the bad reputation stakes.

In the early 1970s Eric Cheney, the man who is thought of by many as the greatest motorcycle frame designer/builder of his generation, decided to take on the Suzuki TM400 MX and see if he could take it from a pariah to prize winner. Amazingly he succeeded, the Cheney Suzuki TM400 MX that he developed won 17 of the 18 races it entered in 1974, with one DNF.

Cheney wasn’t a formally trained engineer, he had signed up for the Royal Navy during WW2 and was assigned to work in Arctic convoys and in motor torpedo boats, these were two of the most dangerous places an Allied navy man could find himself.

In later years Cheney would reference his time in the Navy working on engines in combat conditions while German dive bombers and U-boats prowled nearby for his ability to stay cool in high intensity motorsport situations.

After the war he became a top professional motocross racer, his friend and travelling companion was Les Archer went on to become European motocross champion. Unfortunately Cheney contracted a blood-borne disease in Algiers while competing and he was never able to recover back to his former level as a motocross racer, so he instead decided to focus on building the bikes themselves.

Despite the fact that he had no formal engineering training, Cheney had a natural ability to visualise his designs and to just know intuitively what would work. He used to sketch his frame designs in full scale on a chalkboard, then he would bend the tubular steel to match and weld it up.

Initially he worked mostly with British marques, BSA in particular. Bespoke racing frames would be designed and made, then paired with custom suspension and brakes. Cheney-designed bikes developed a reputation for being very light, very fast, and very successful.

A-list movie star and successful motorcycle racer Steve McQueen bought a number of Cheney bikes for his own collection at full retail price. Typically McQueen could get bikes for free from manufacturers who wanted the prestige of having a Hollywood star on one of their machines.

Cheney-built bikes won innumerable races, perhaps most notable was his manufacturer win in the International Six Days Trial up against the best and most well-funded competitors in the world. His designs also won frequently on the tarmac, most notably outright victory in the 1971 250cc World Championship.

The 1974 Cheney Suzuki TM400 MX you see here is the only one that was ever built. It was remarkably successful in its only full year of competition in ’74, more recently the bike won first overall at the 2013 Del Mar Celebration of the Motorcycle, it was on the cover of VMX magazine issue #72 2017, and it received a 100 point restoration completed in 2013.

It’s now due to roll across the auction block with Mecum in January, if you’d like to read more about it or register to bid you can click here to visit the listing.

Images used with the permission of Mecum Auctions 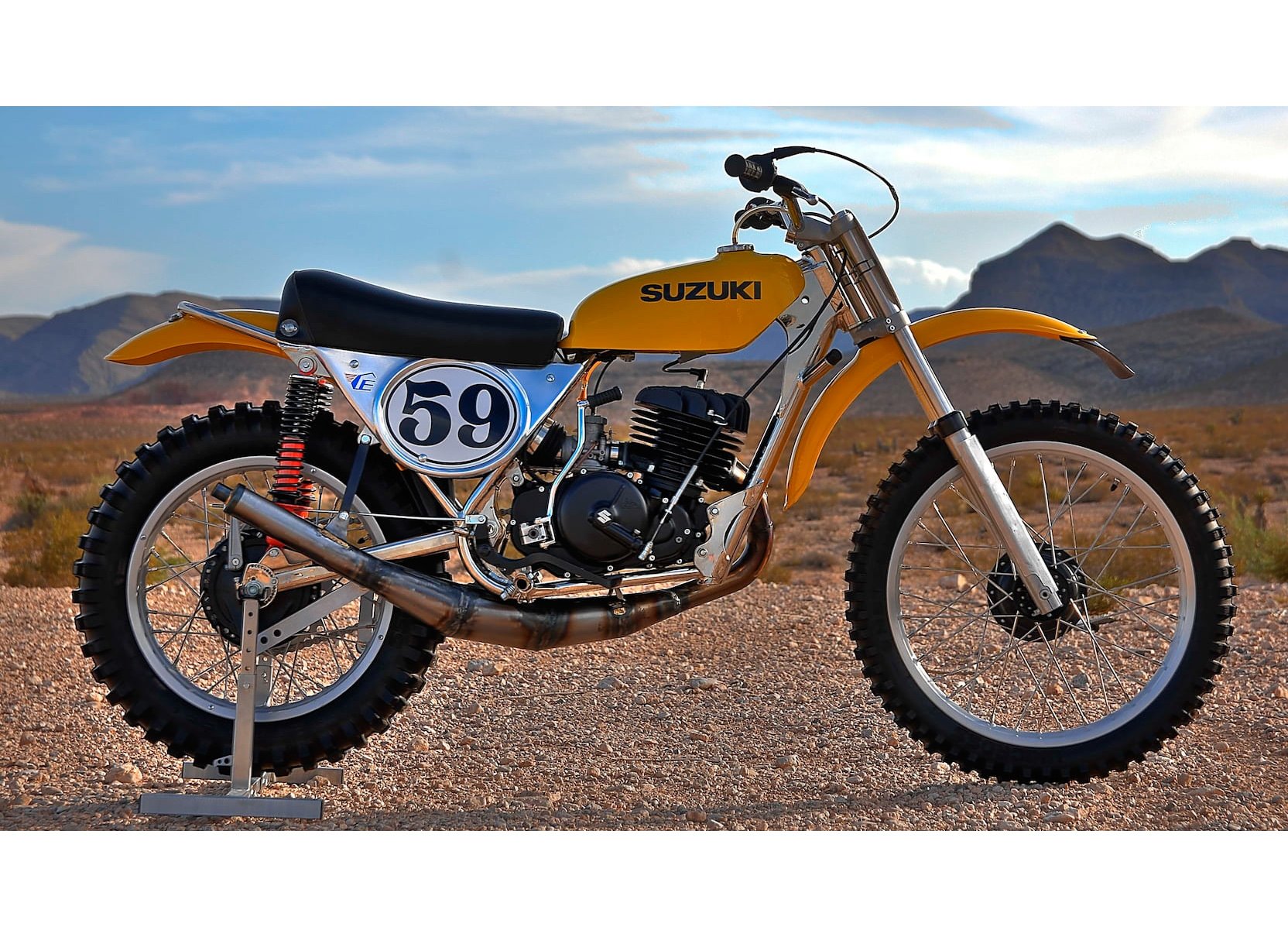