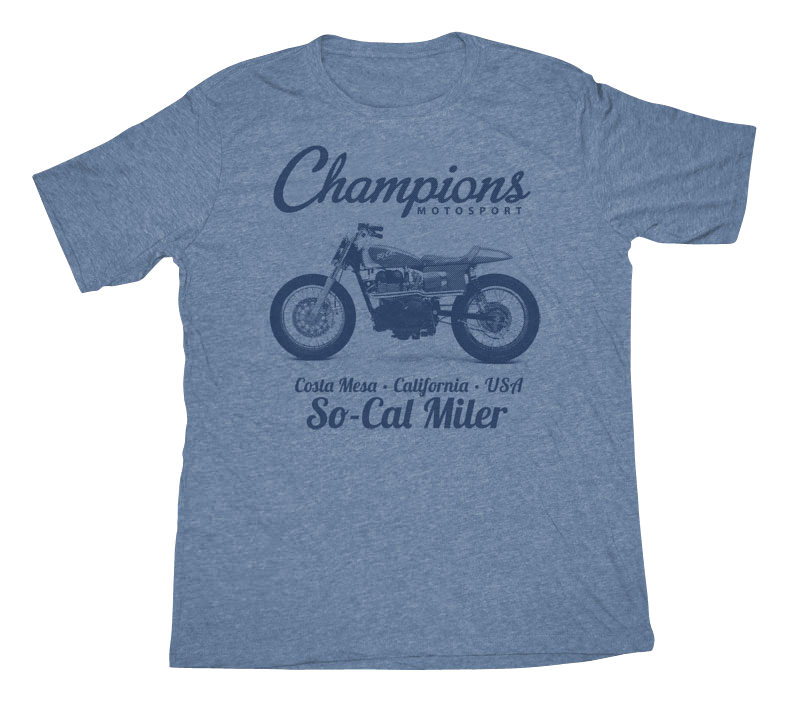 Champions Moto is a motorcycle and gear store based in Southern California, this tee features their Triumph based flat-tracker, a bike I have a huge soft spot for.

Each one of these tees is available in 3 colour combinations and comes with a Champions Moto leather keychain, only 20 of these motorcycles will be built, so sadly this is probably about as close as most of us will get to owning one.