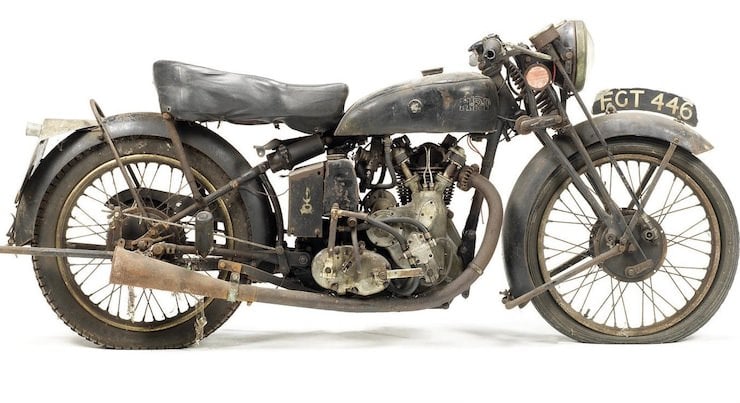 This original, unrestored 1938 Vincent Meteor may not look like much to the eye of a person who isn’t familiar with the history of the Vincent marque or to those who don’t understand the significance of that 498cc, single-cylinder engine tucked into the Meteor frame. But for Vincent fans it’s a scared, magical thing. Albeit a rusty one.

Vincent Motorcycles started in 1928 when Phil Vincent purchased the tooling and equipment from the bankrupt HRD Motors Ltd. The early Vincent models were mostly powered by JAP (JA Prestwich) engines but this caused Phil much chagrin and by 1934 he’d had enough. He instructed his top engineer, an Australian by the name of Phil Irving, to design and build an entirely new engine – an engine that wouldn’t be plagued by the issues affecting the common motors of the day. 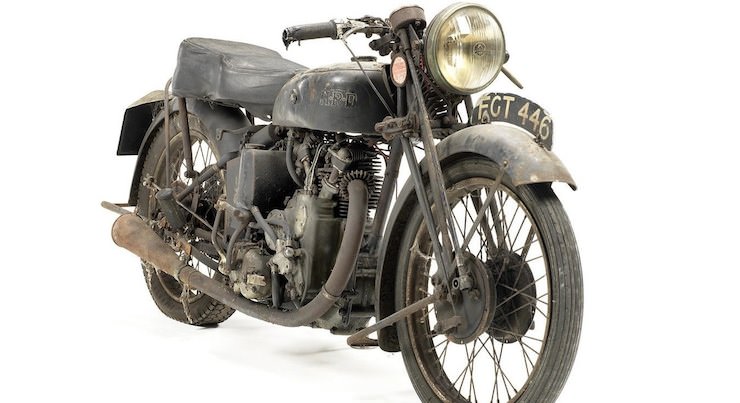 Phil set to work and in just 3 months designing the single-cylinder unit, it was to have a (relatively) short stroke of 90mm coupled with an 84mm bore, it also had a high-set camshaft and two guides for each valve. This twin valve-guide arrangement eliminated the valve failures that had plagued other engines at higher RPMs and made the Vincent an alluring target for racers – who relished the tuneability and reliability of the new engine.

The 1938 Vincent Meteor you see here was, along with its sister the Comet, the first of the new Vincent-engined Vincents and it enjoyed quite spritely popularity. This one was bought second-hand in 1950 and then placed in storage in 1957 – where it remained, undisturbed for 56 years. It was recently uncovered and despite its appearance, the engine turns over and the gears all work, making it an excellent candidate for a proper restoration.

If you’re on the lookout for a winter project that’ll double as an investment, you can visit Bonhams here and take a look at the Meteor’s listing. 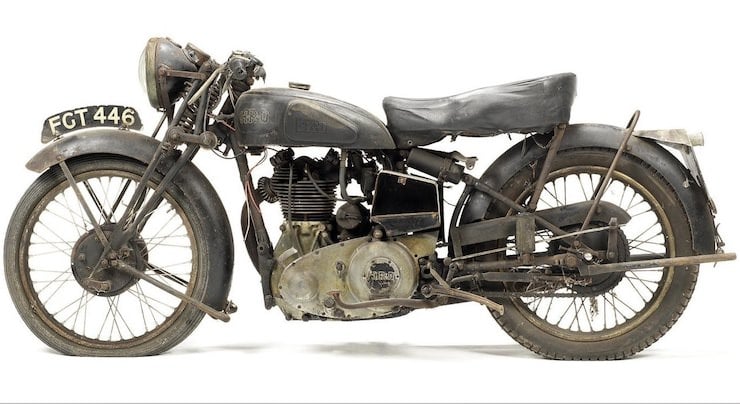 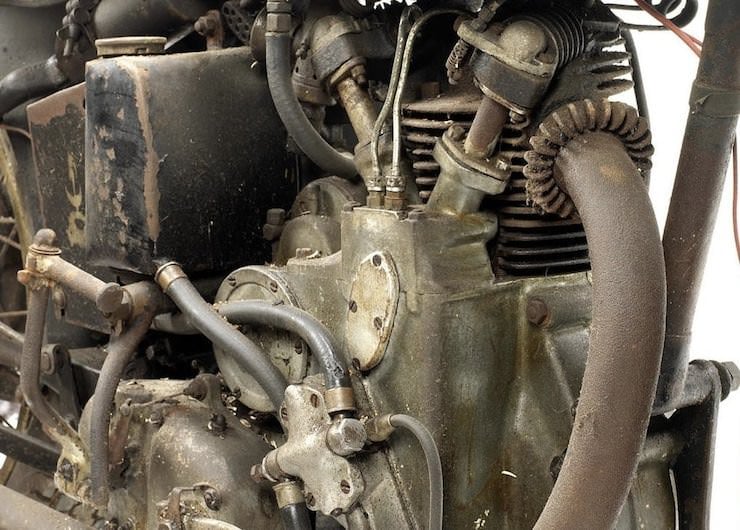 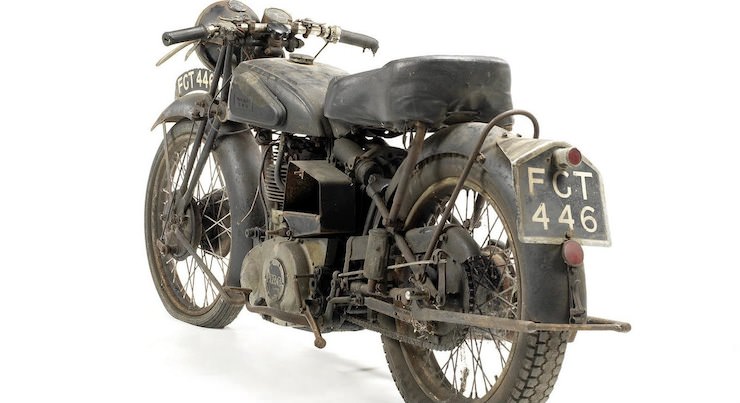 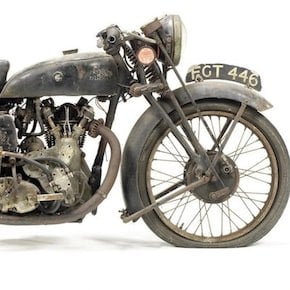