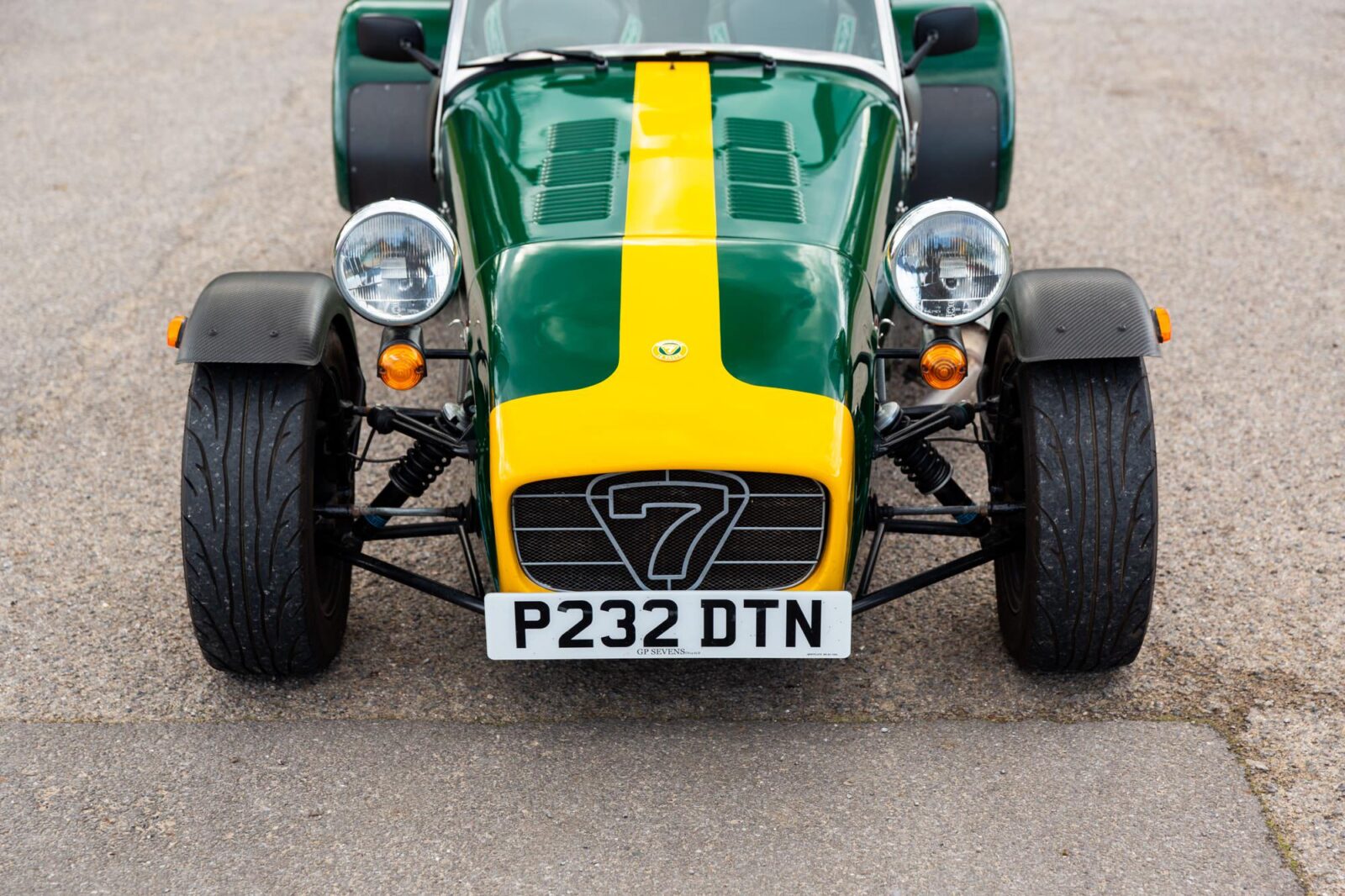 This is one of just 30 examples of the Caterham 7 Roadsport Limited Edition that were built in 1996, the Roadsport model has become a mainstay of Caterham’s modern offerings in the years since but the car you see here is a member of the first generation.

As a member of first year Roadsport production this car has an engine upgraded for additional power, it has an ECU modified to match, and a 56mm throttle body mated to a forward-facing aluminum alloy plenum.

The Caterham 7 started life as the Lotus Seven all the way back in 1957. It was a car developed by Colin Chapman to best exemplify his “simplify, then add lightness” ethos, and although it was always popular with the enthusiasts there can be no way that Chapman could have guessed that the humble Seven would be his most enduring automobile design. 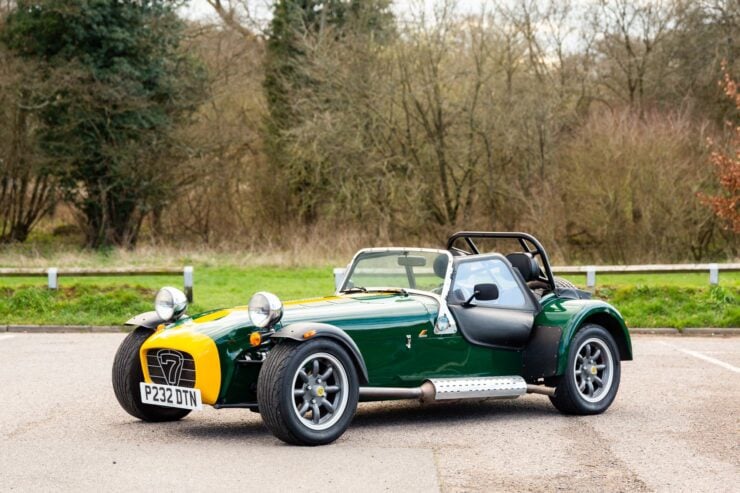 Above Image: The Caterham 7 is among the lightest production cars in the world, and they’re famous for their scalpel-sharp handling.

When Lotus decided to discontinue the Seven in 1973 it sold the rights to the model to two of its distributors – Caterham Cars in England and Steel Brothers Limited in New Zealand. Both of these companies put their own version of the car into production, however it would be Caterham who would become by far the best known.

The reason Lotus dropped the Seven is because it was still being offered as a kit car and Chapman wanted to focus on fully-built cars that would be competing with the big names from Europe.

It’s important to note that by the end of 1973 Team Lotus had won six Formula 1 Constructor’s World Championships, and five Drivers’ Championships, so Chapman’s desire to take the brand upmarket was perfectly reasonable.

Caterham Cars began selling their own kits of the car from 1973 onwards. The model was in production with Lotus for 16 years, but it’s now been in production with Caterham for 48 and counting, with each new generation of drivers discovering the car and its remarkable driving experience for themselves. 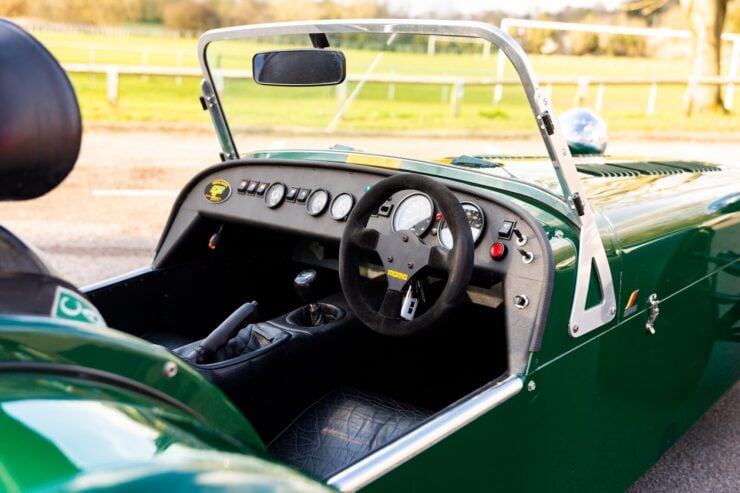 Above Image: The car has snug seating for two, a removable Momo steering wheel, and a 6-speed manual transmission.

Over the decades the engineers at Caterham have completed redesigned the chassis and suspension of the car more than once to keep up with modern engineering standards. Current generation Caterhams are considerably faster than their Lotus forebears, however they’ve always managed to keep the spirit of the original Chapman cars intact.

With just 31,201 miles on the odometer this 7 has been used sparingly, as most are. These are typically used by their owners as weekend cars and as such they rarely see rain, snow, heavy traffic, or salted roads.

Perhaps a little unusually, this car is fitted with both a cabin heater and a heated windscreen, meaning winter drives on crisp sunny mornings would be on the cards – not something many would enjoy in a car without the supplemental heat.

This car is powered by a 1.4 litre Rover K-series four-cylinder “Supersport” engine, a reliable twin cam, 16 valve motor producing 128 bhp and sending power to the rear wheels via a six-speed manual transmission.

The curb weight of the car is somewhere in the range of 500 kilograms or 1,100 lbs, so ~130 bhp is more than enough to embarrass many far more powerful cars around the track.

This car is currently being offered by Collecting Cars, the bidding is sitting at £5,000 with 7 days two go and you can click here if you’d like to read more about it or register to bid.

Above Video: In this classic Top Gear episode, James May and the Stig take a closer look at the Caterham 7. 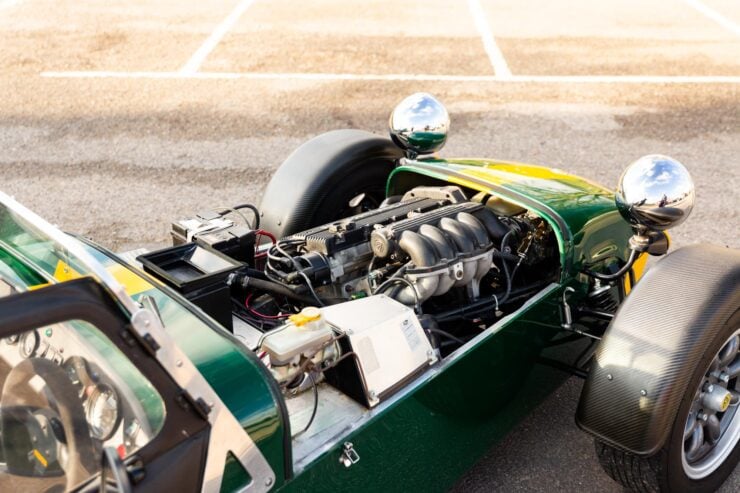 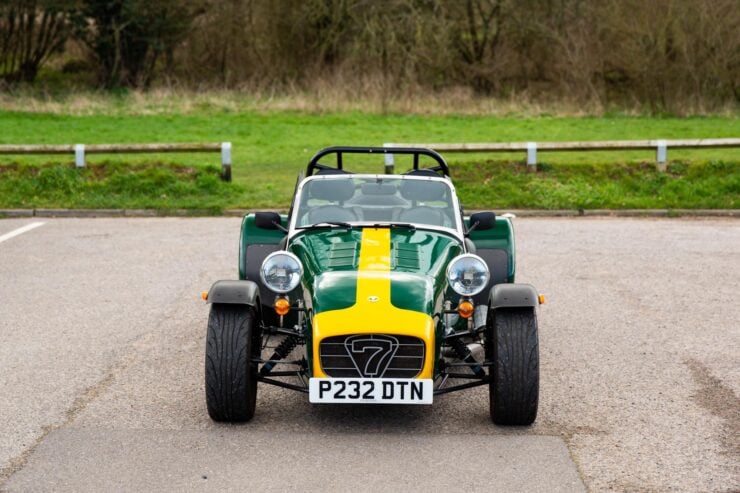 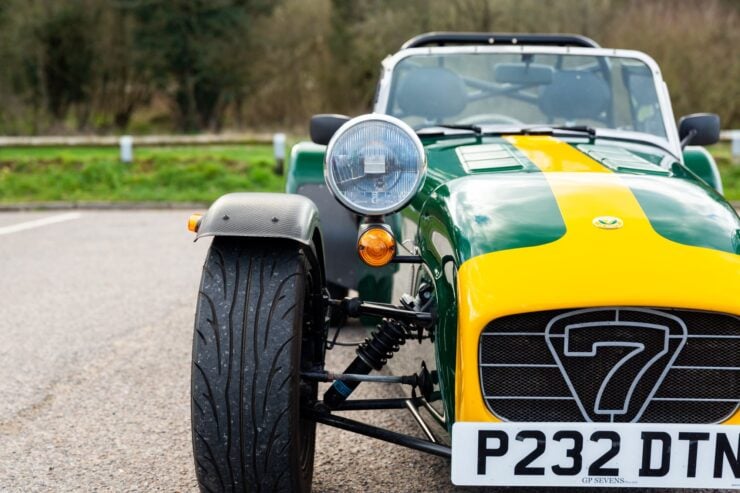 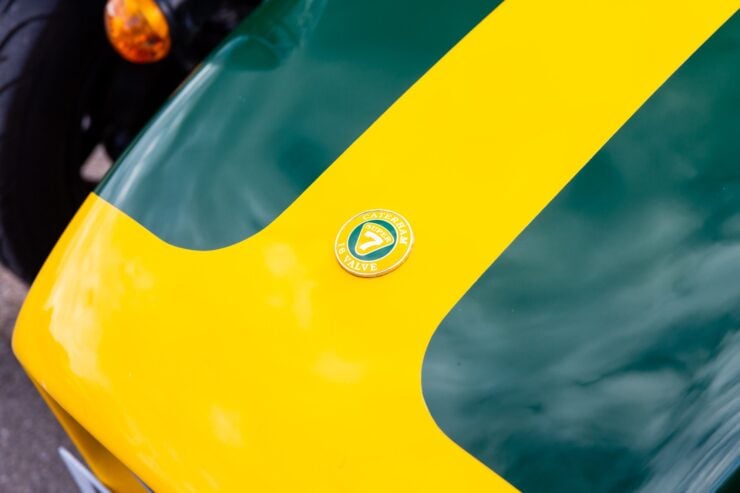 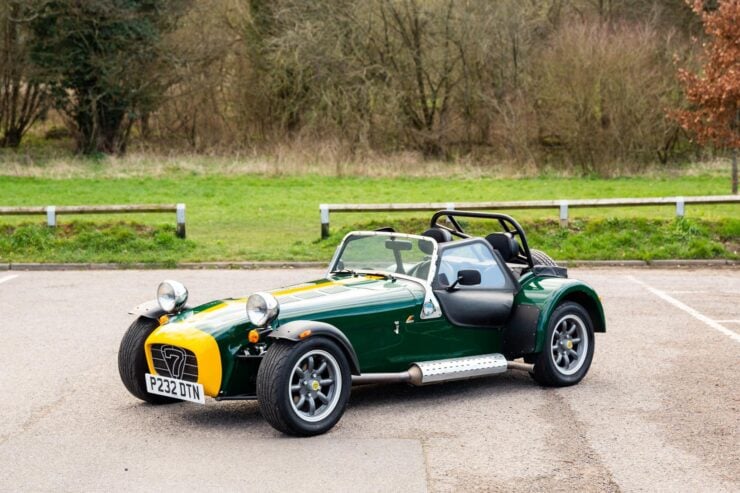 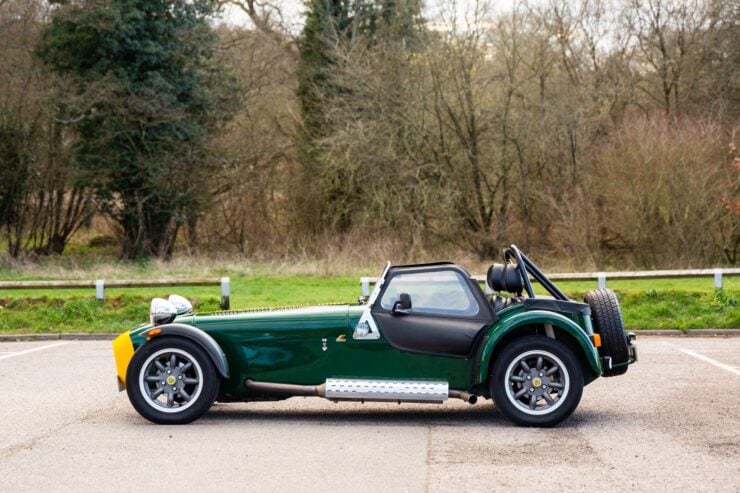 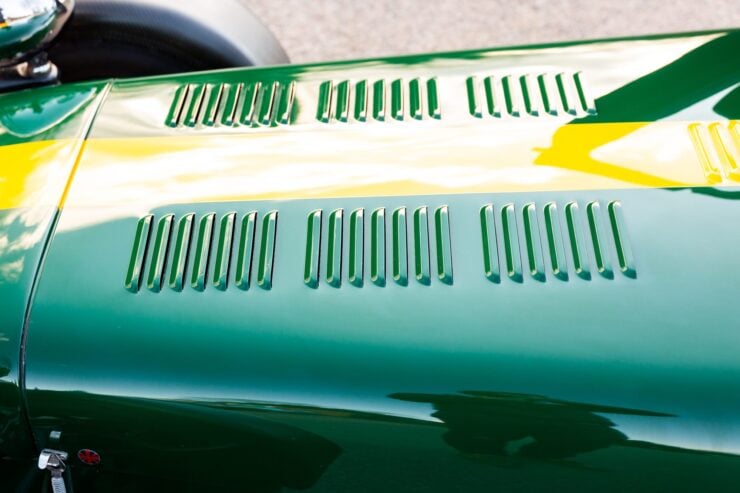 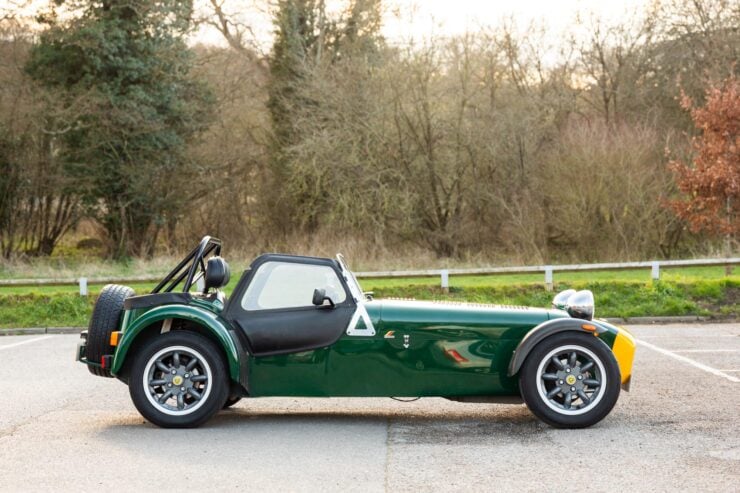 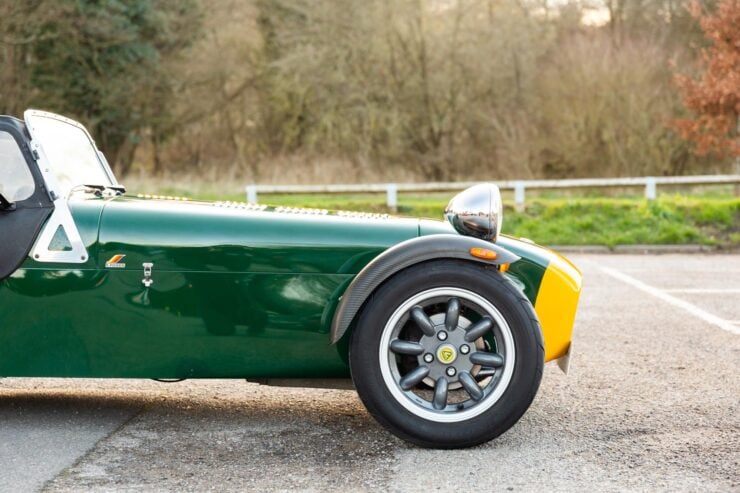 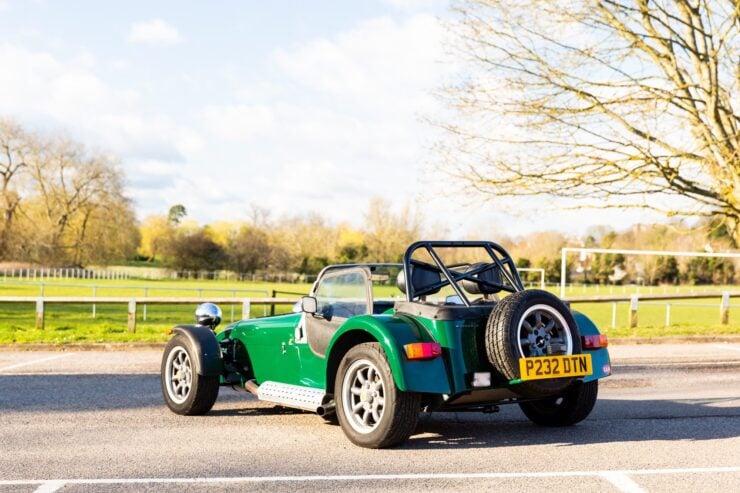 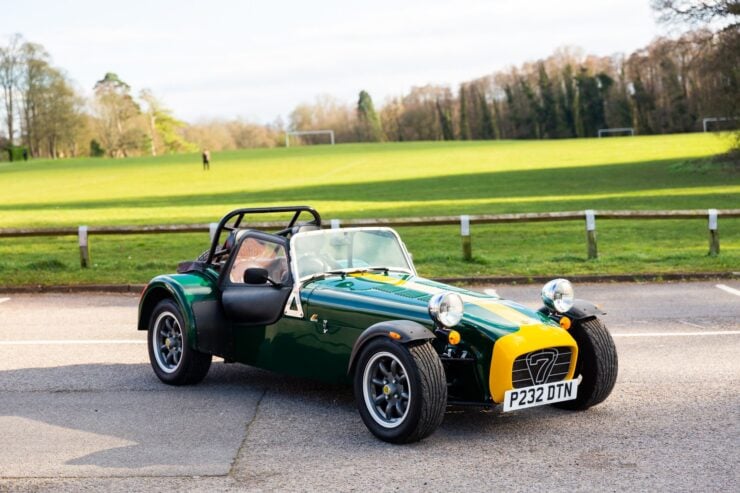 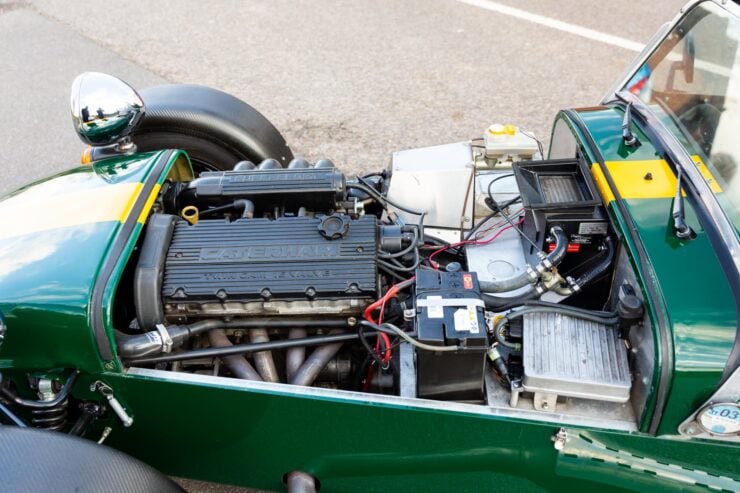 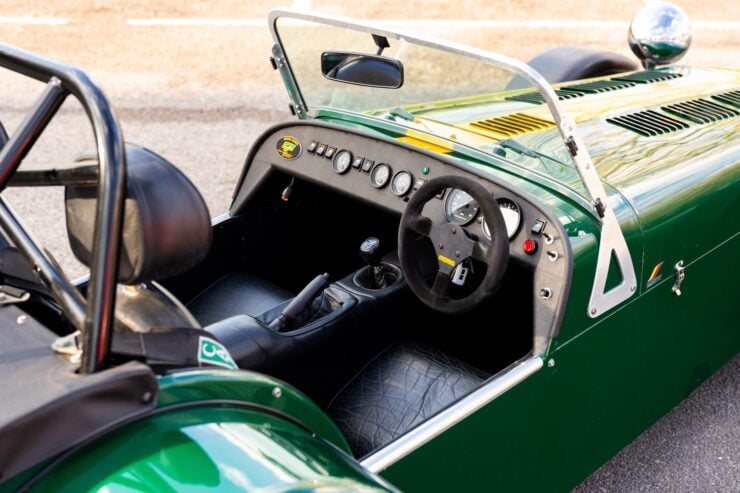 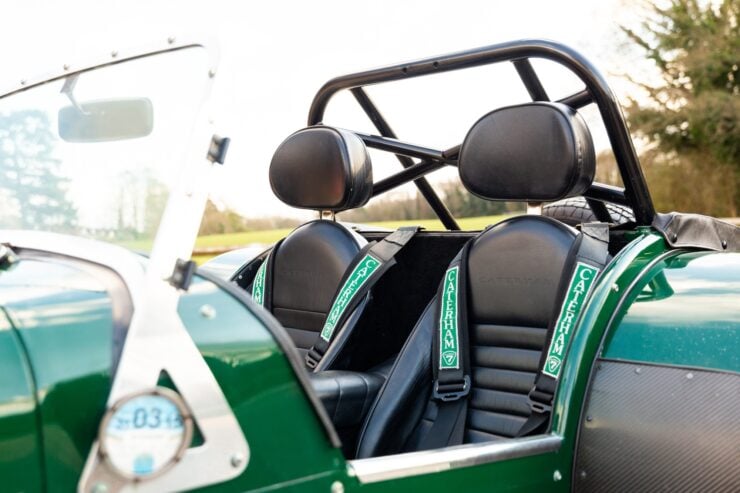 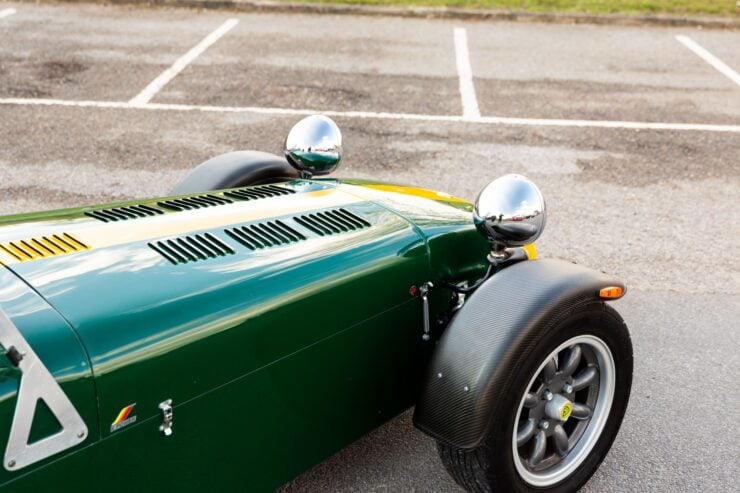