Carts of Darkness is a film that covers the wild world of downhill shopping cart racing on the steep hills of North Vancouver, the pilots are homeless men who use the carts for collecting cans and bottles that they recycle for money.

Impressively the men can hit speeds of up to 70 km/h on some hill sections, that’s 44 mph, all with no brakes, 50+ lbs of rocks in the cart, and limited direction control provided by dragging a foot off to one side or the other as the “rider” hold on to the back.

The film is the work of Murray Siple, a former snowboarding filmmaker who was severely injured in a car accident in 1996 and left in a wheelchair as a result. 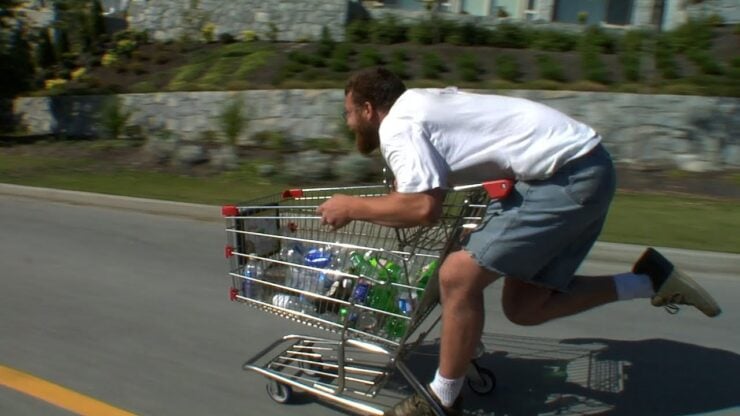 Before he made Carts of Darkness Siple hadn’t made a documentary in 10 years, and he credited the film and its subjects with regaining the excitement he had formerly felt for making films.

During the documentary Siple explains that he recognises the same spirit among the homeless men that he saw among his former cadre of extreme snowboarders – and it’s not hard to see the similarities.

The stories behind the men in the film, and how they ended up on the street, are delved into in the film and it provides a fascinating insight into their personal histories. 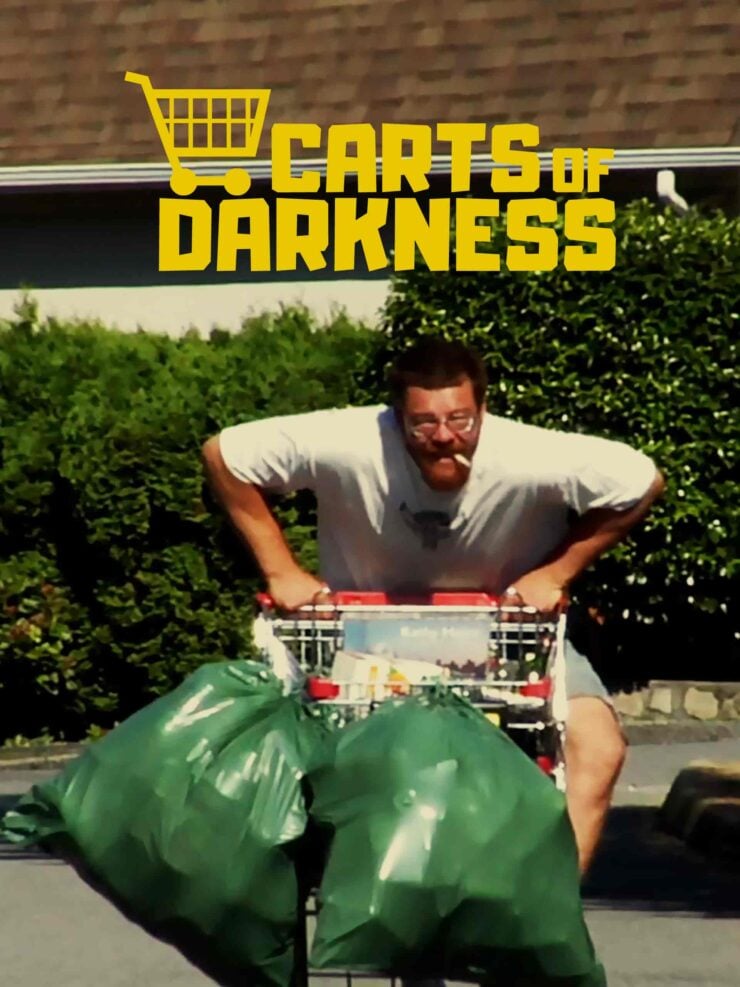