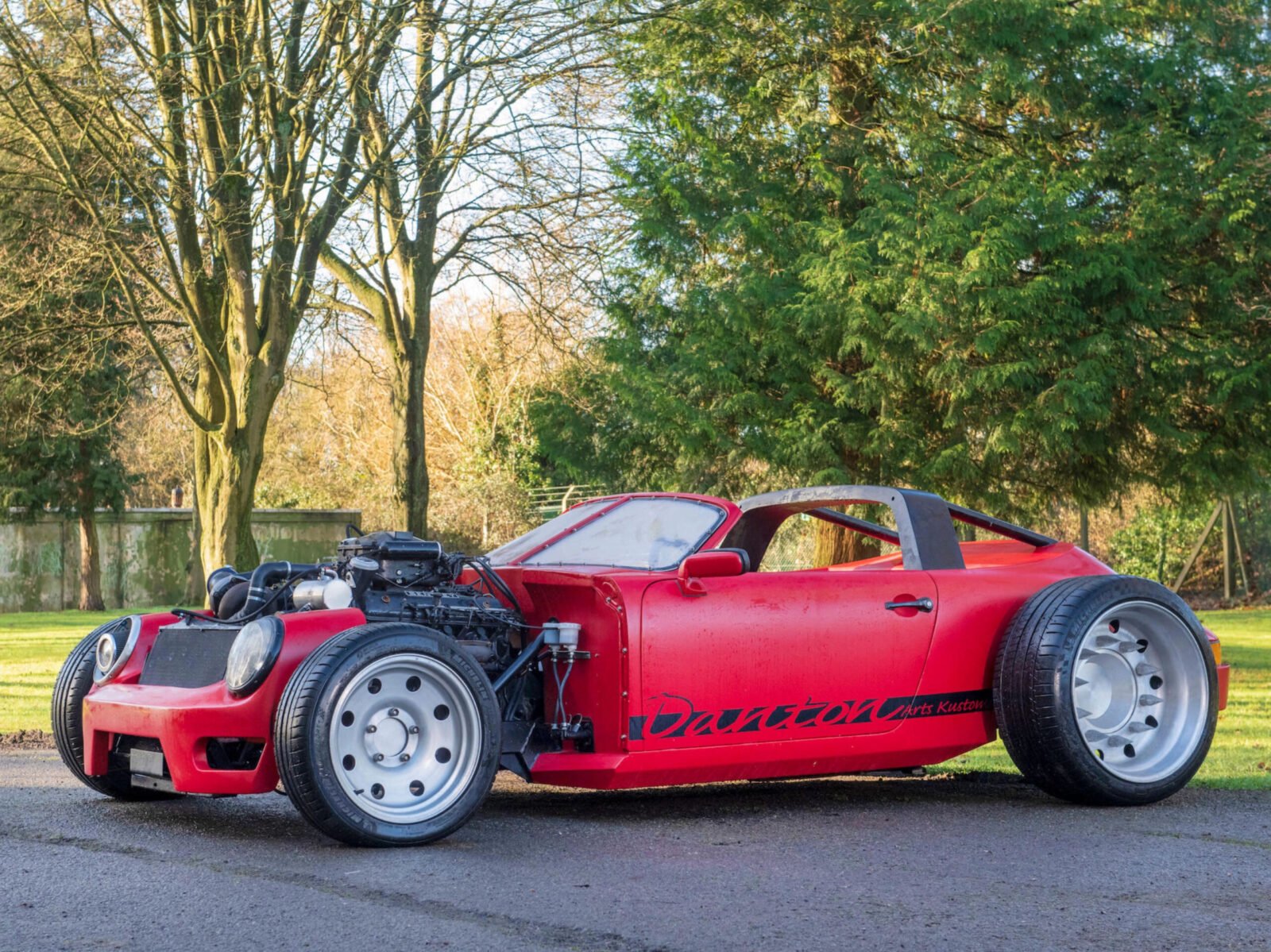 This is undoubtably one of the most unusual vehicles we’ve ever featured on Silodrome, and it’s going to ruffle a lot of feathers.

What you’re looking at here is a creation by famed French artist Alexandre Danton, it started out as a 1971 Porsche 911T however as you can tell, there isn’t much of the original car left.

A bespoke chassis was created to accommodate a turbocharged, front-mounted 6.75 litre Bentley V8 engine from a Bentley Mulsanne Turbo producing over 300 bhp. Power is sent back through an automatic transmission to a live axle rear end, where it’s conveyed to the asphalt via a set of wildly oversized wheels and tires.

Now of course, there are the Porsche purists who’ll decry the very existence of this car, but it’s rarely the purists who you want to go for a beer with at the end of a car show.

Alexandre Danton is much more like the kind of person you’d go get a drink with, he builds wild custom cars, he’s covered in tattoos, and he eats purists for breakfast. Danton has built a number of completely unique custom cars including a Lamborghini Espada, a Ferrari 360 Modena, and a slew of other European cars that he’s built into his own kind of hot rod. 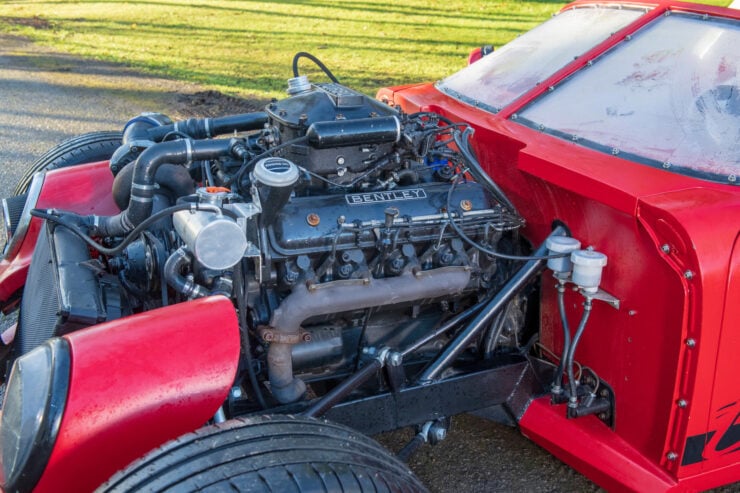 Above Image: The car is powered by a turbocharged 6.75 litre Bentley V8 engine from a Mulsanne Turbo producing over 300 bhp.

The car you see here is one of his most eye-catching creations, not least for the fact that it’s a front-engined V8 Porsche hot rod, a type of car that I don’t think has ever existed before.

Danton is well-known for taking both parts and inspiration from around the world, known officially as the Danton Arts Kustoms 911 Targa, this car takes its prodigious engine from Britain, its body from Germany, and its core philosophy from the United States – and it was all built by a Frenchman.

Although it has clearly been built for straight-line speed rather than cornering, with its live axle rear and wide rear tires, the car does also have double wishbone front suspension with coilovers allowing full adjustability and the ability to change ride height.

The interior of the car is spartan, as you’d expect from a hot rod, with WW2 bomber-inspired alloy seats, a shifter, switches and gauges, and ample use of riveted aluminum. Up front the car uses a 911-style front clip with a cold air intake filling the righthand side headlight location and feeding back into that Bentley V8. 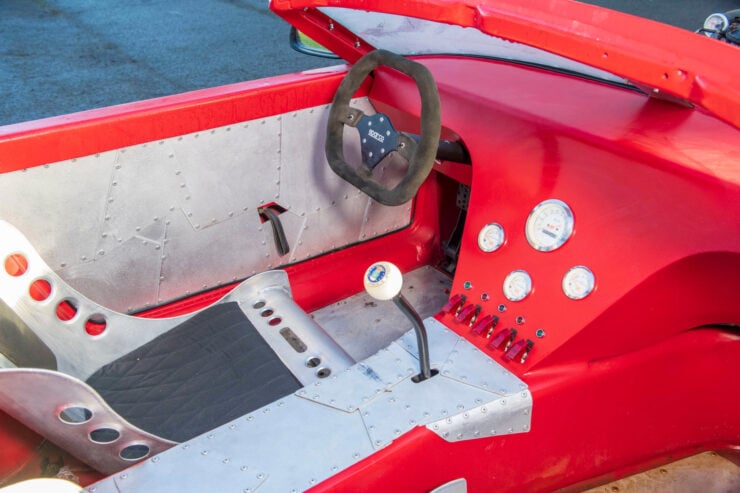 Above Image: In true hot rod-style the interior is spartan, with WWII bomber inspired seats and ample use of riveted aluminum.

As with many of Danton’s builds this car was never intended to be road legal, so it’s not going to be a daily driver unless you happen to have a wildly incompetent vehicle examiner. But as a car show attendee and a collectible the Danton Arts Kustoms 911 Targa is one of few cars guaranteed to gather a crowd of curious onlookers and agitated purists.

Sadly I don’t have performance specifications on hand for the car, but given the fact that it clearly has a very low curb weight coupled with the 300 bhp and 455 lb ft of torque it’ll clearly have no trouble setting blisteringly quick 1/4 mile times.

If you’d like to read more about this unusual 911 or register to bid you can click here to visit the listing on Bonhams. It’s due to roll across the auction block on the 20th of March with a rather affordable hammer estimate of £5,000 to £10,000. 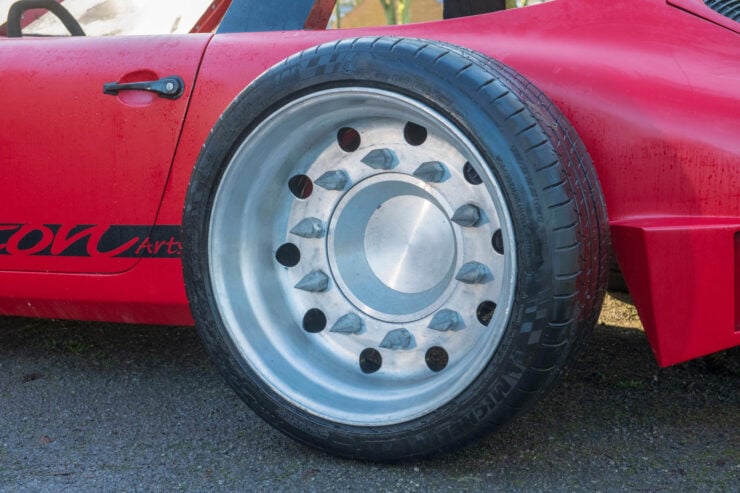 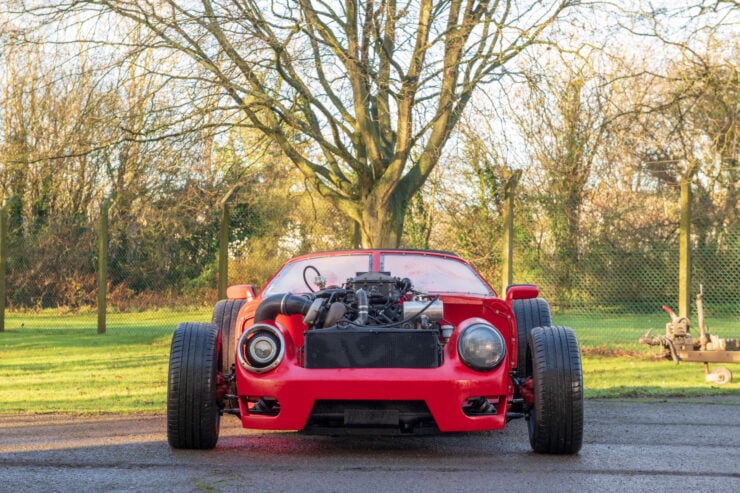 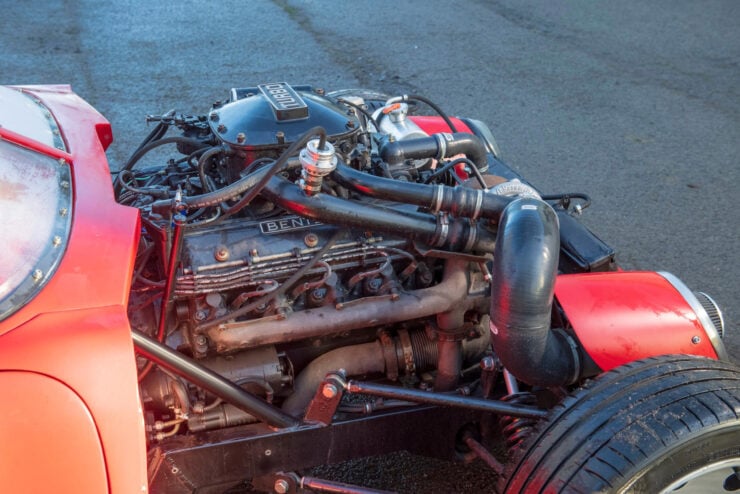 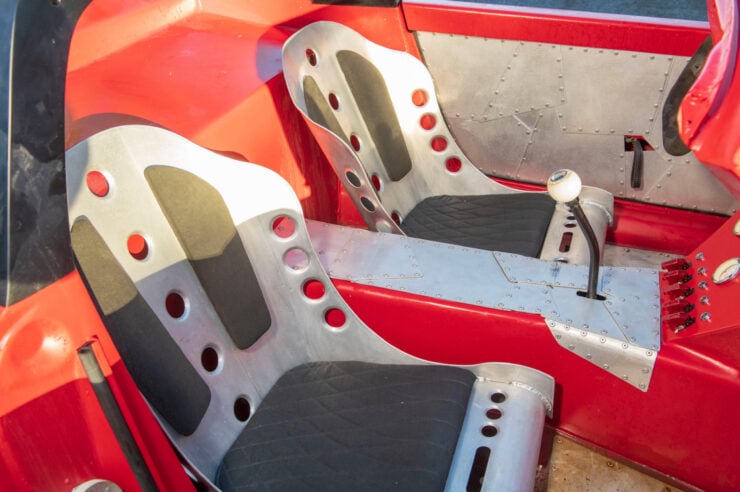 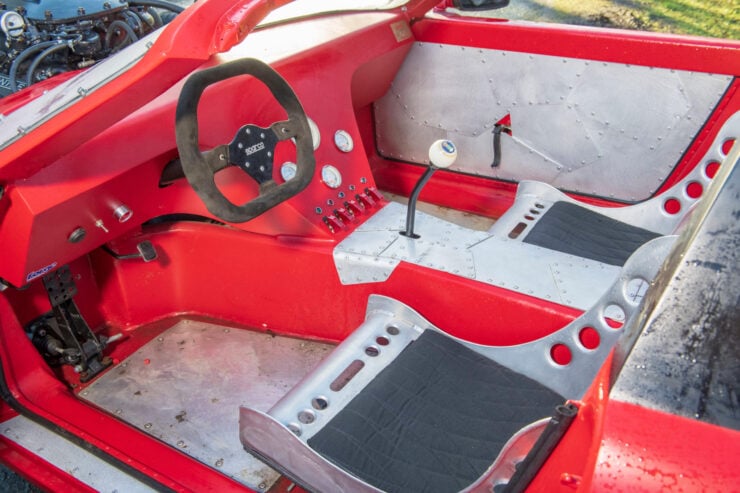 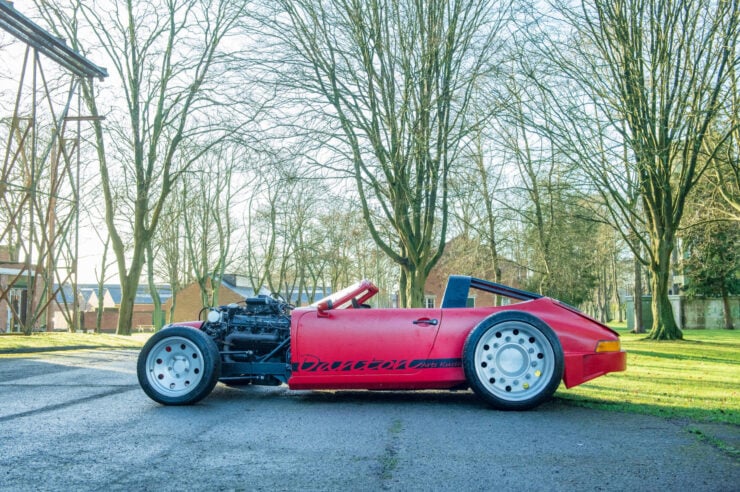 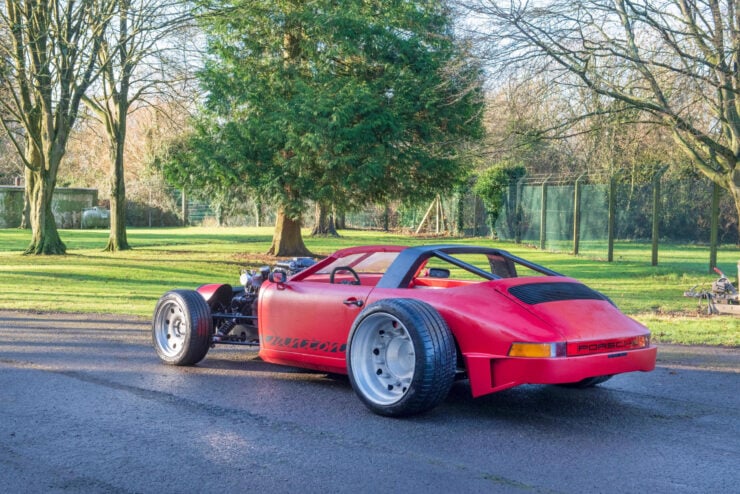 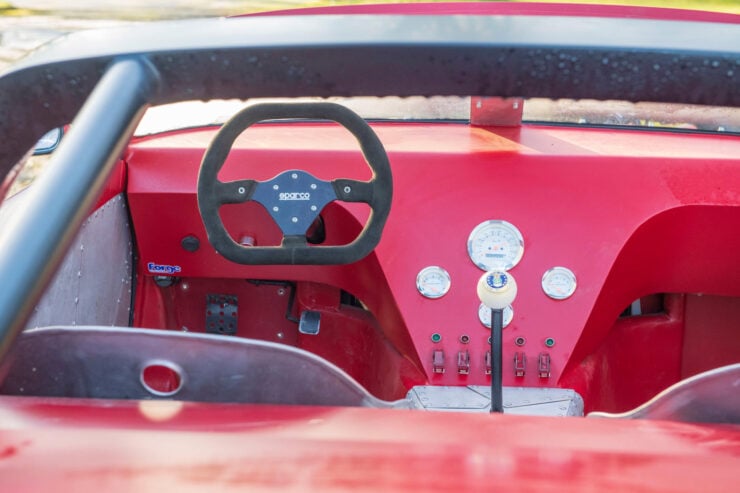 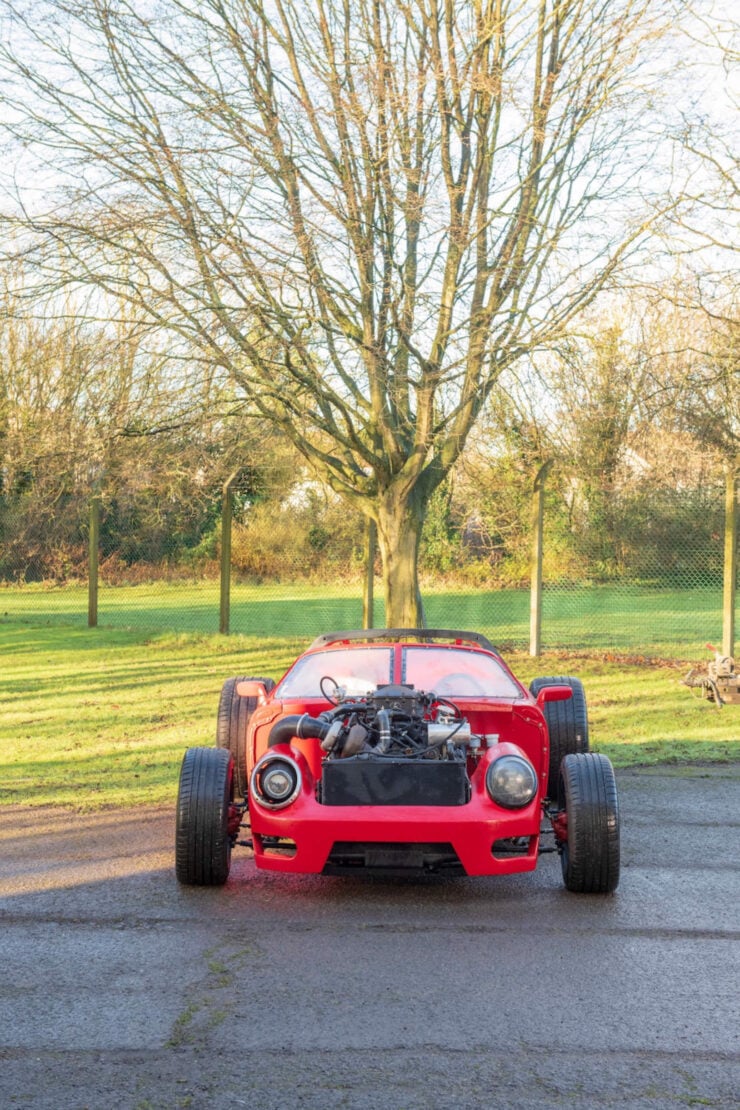