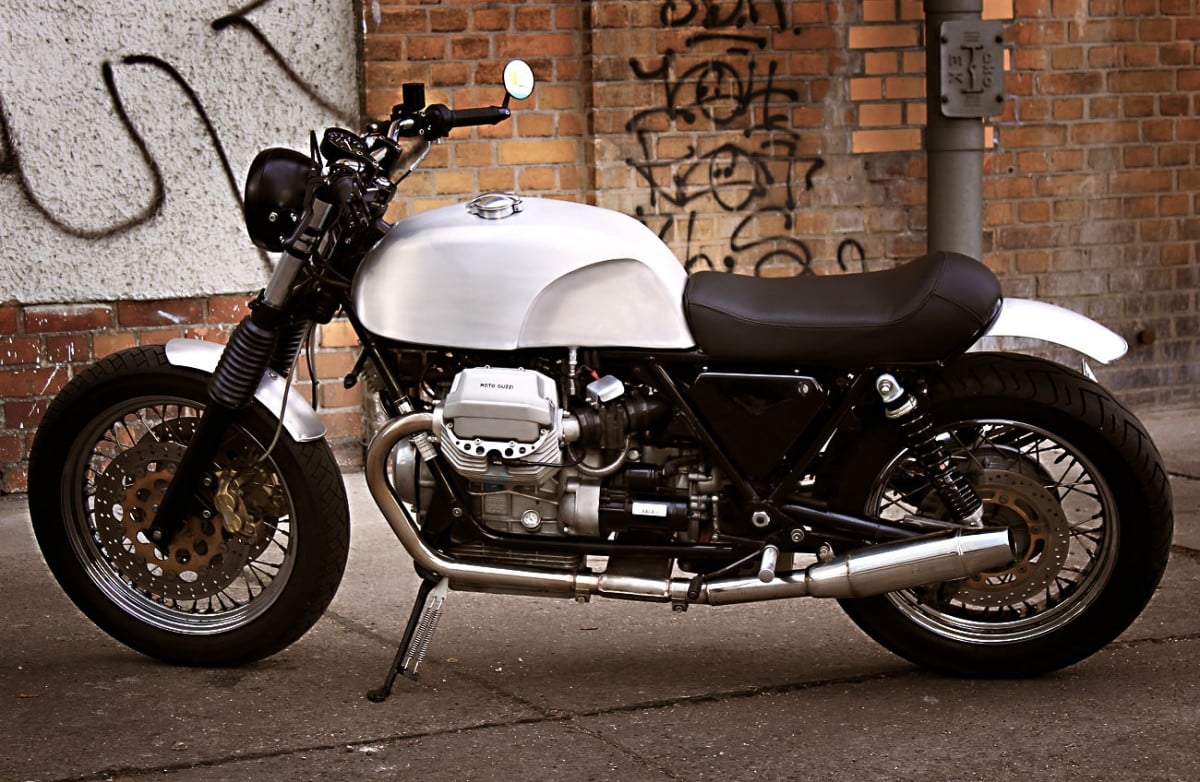 The Moto Guzzi California was originally co-designed by Moto Guzzi and the Los Angeles Police Department Traffic Division to be the department’s new standard-issue motorcycle, it had to have a 1/4 mile time of 16 seconds or less, a left-foot gearshift (not standard at the time) and a bulletproof windshield.

By the mid-70s many police departments across America had begun ordering the California model, including the California Highway Patrol, and the civilian population of the US had cottoned onto the bike as well – leading to solid sales figures across the country.

Due to the model’s cruiser DNA it isn’t a popular target for cafe racer conversion, which seems like a bit of a shame really as the bike’s large V-twin and shaft drive can be exceedingly fun to ride once the weight has been reduced and a few performance tweaks are made.

Urban Motor, a German custom motorcycle builder with over 60 bikes to their name, recently had a 2003 California delivered to their workshop by a client who wanted it modified to be a little more performance oriented – he didn’t need a cruiser, just an bike capable of fun, no-nonsense urban transportation. 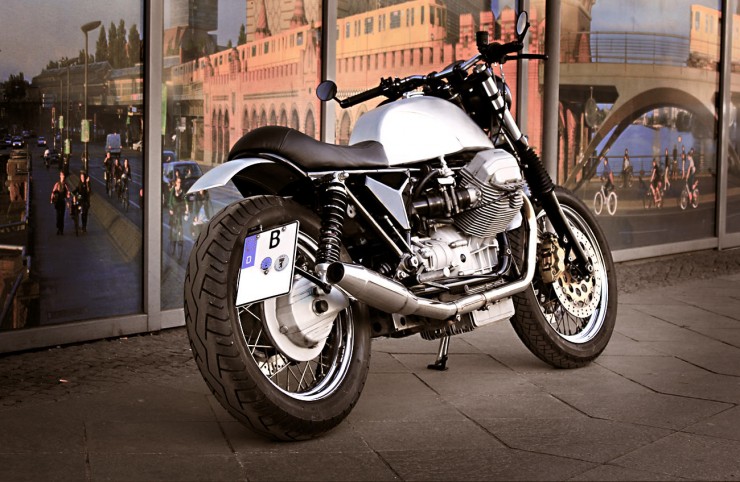 The project began with a full tear down of the bike and a thorough inspection of the 1100cc fuel-injected V-Twin and drivetrain. It was decided that the original frame, rims, brakes and forks would be kept in place and that the rest of the bike’s parts would be replaced with an eye for increased performance ability.

A swing-arm was sourced from a Moto Guzzi Le Mans IV and modified to fit, an LSL Sport Touring Handlebar was fitted, Magura grips were added, Tommaselli levers were attached and connected and a Motogadget Chronoclassic speedo was used in place of the original instrument cluster.

The original fuel tank was removed and replaced with a new handmade alloy tank with a Monza-style cap, the rear frame needed to be shortened and modified to accommodate the leather handmade seat, a new pair of alloy fenders were fitted to the front and back and an LSL Clubman headlight was used.

Once the bike was completed it was named (Ufo, Henry and Peter at Urban Motor always name their creations) “Slim Alloy” in honour of all the new alloy parts and the fact that the bike’s weight has been reduced significantly. It’s now back in the hands of its owner who’s said to be exceedingly happy with his reborn Moto Guzzi, which isn’t hard to understand. 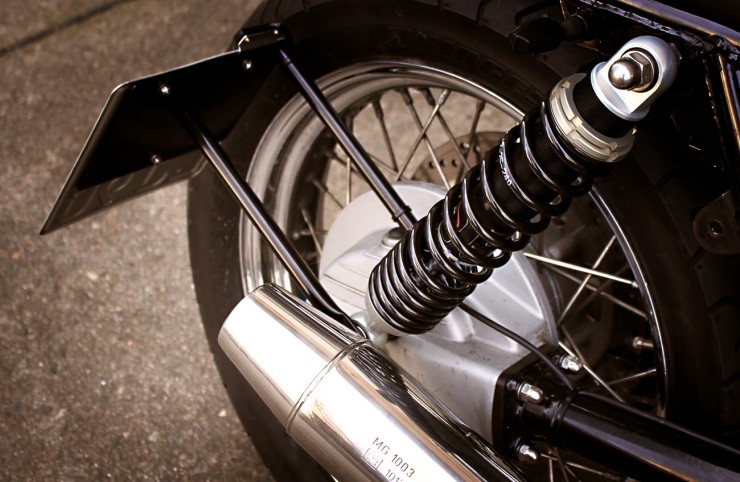 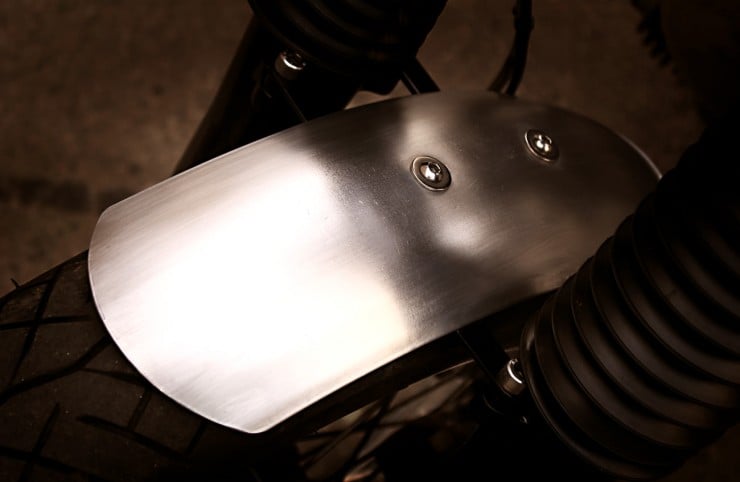 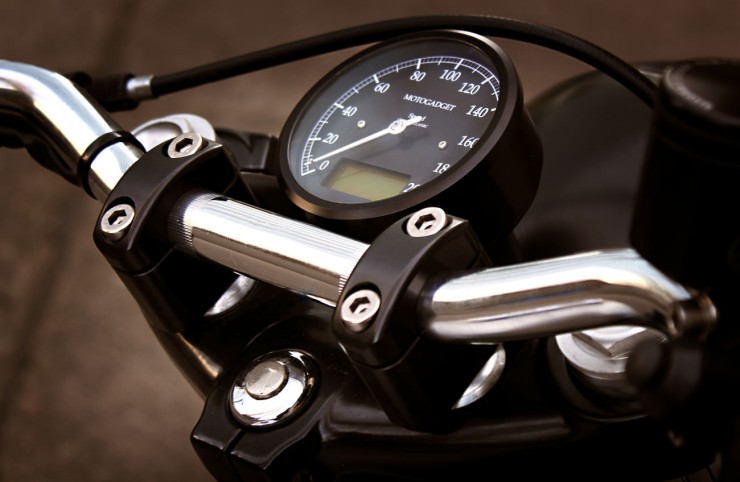 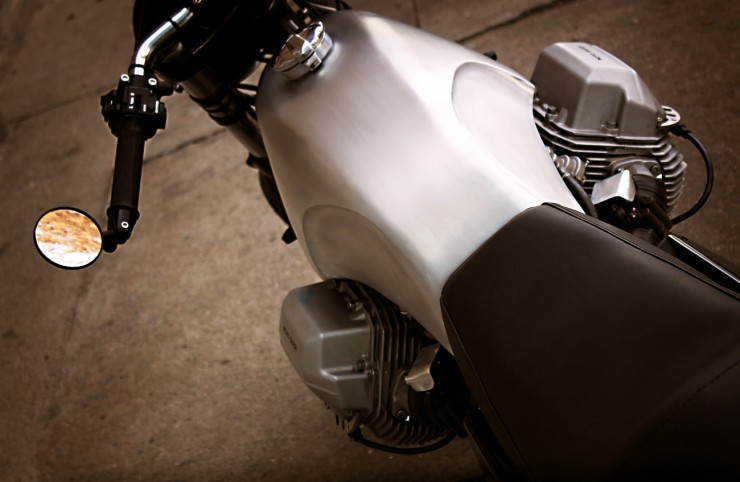 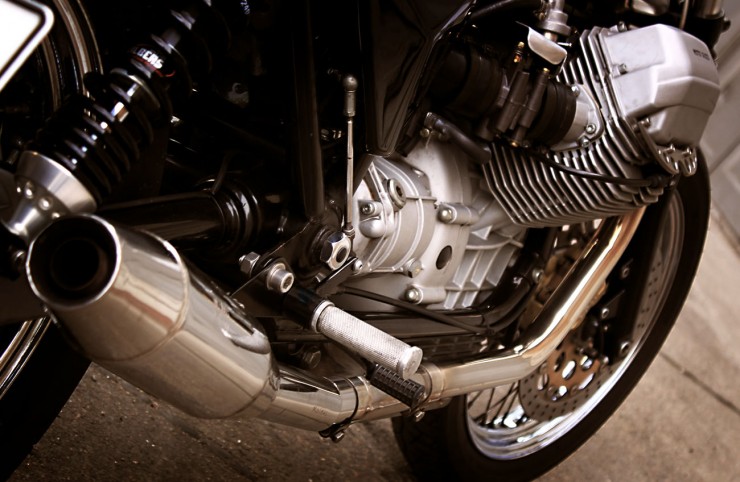 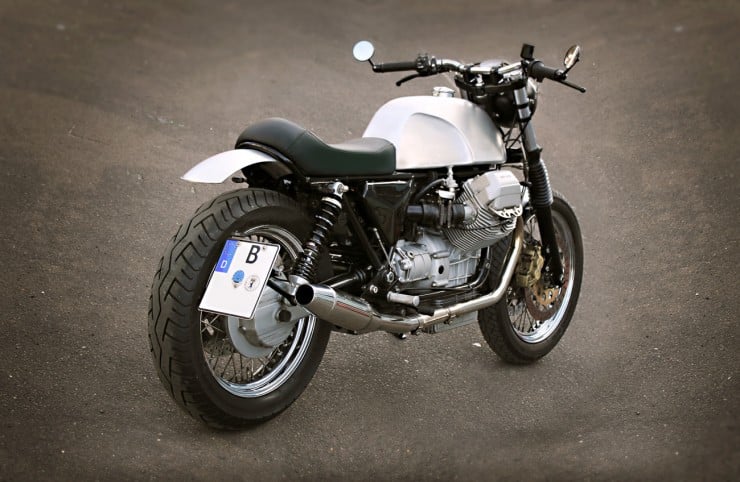 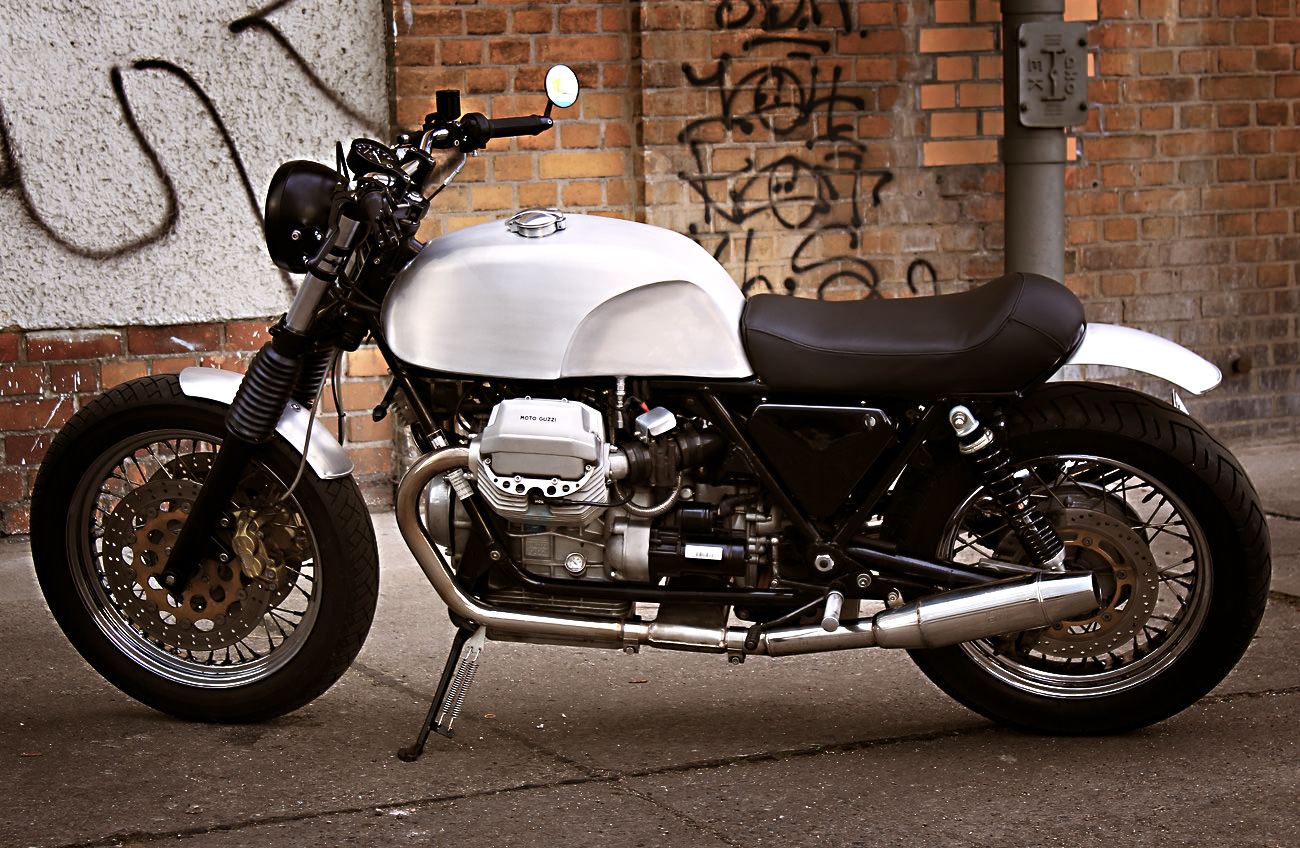