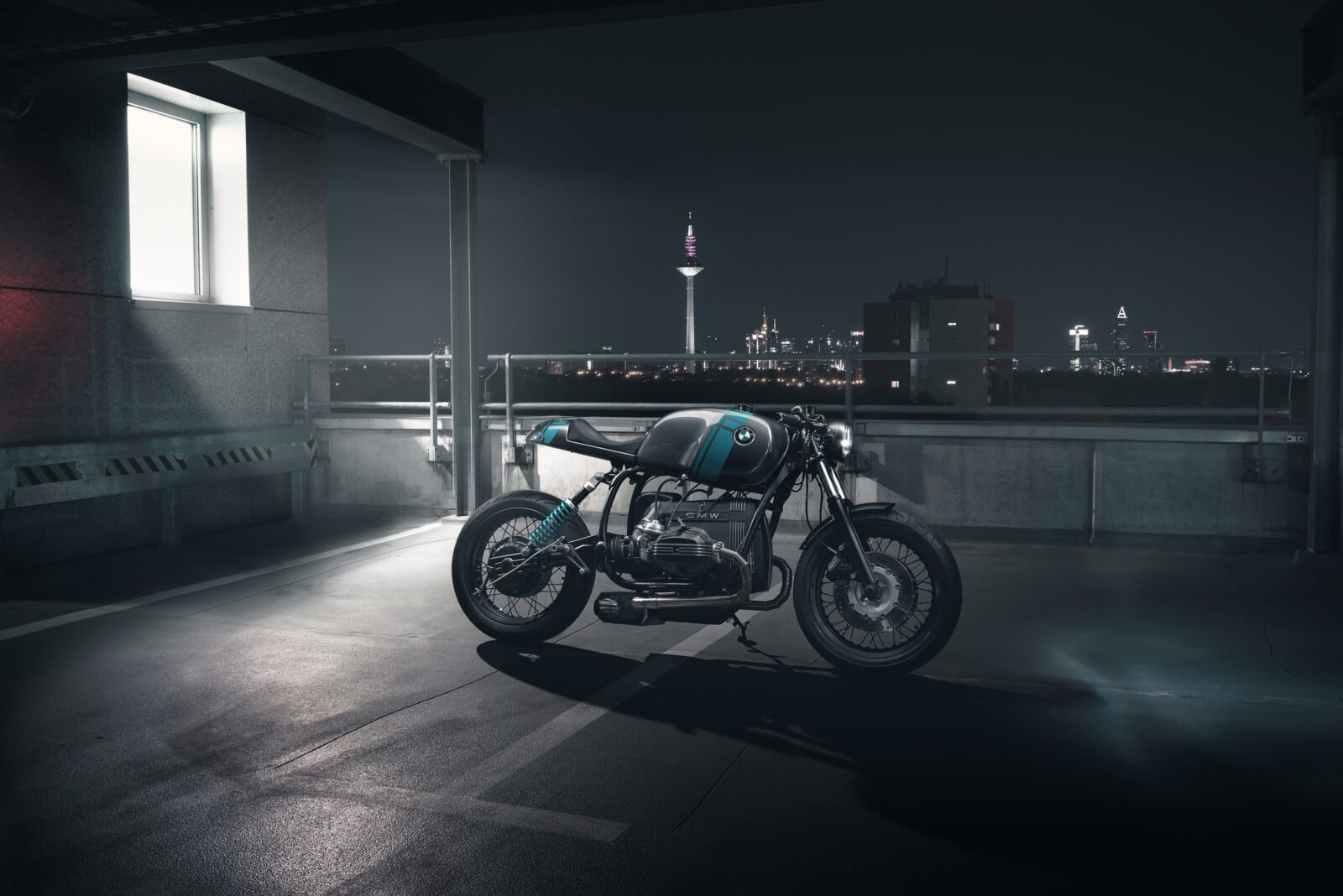 The beautiful BMW cafe racer you see here is the work of Elemental Custom Cycles based in Neustadt, Germany just outside of Nuremberg.

The core philosophy of the garage is “Life’s to short to ride boring motorcycles” – which sound like words to live by to me. This bike is the latest project from the German custom motorcycle garage, in true no-nonsense German style they named it “Project 4”.

Project 4 began when Andi, a new Elemental Custom Cycles client, rode 6 hours from Frankfurt to meet the team and discuss a cafe racer build. As luck would have it, they managed to find a BMW R80 for sale locally with just 7,000 kms on the clock while Andi was still in the shop.

The project outline called for a clean, minimalist BMW cafe racer that combined show bike looks, with real world rideability. This was no small task.

The build began with a full teardown and an inspection of all parts (you can scroll down to see a picture of the original bike before work began). It was decided that a new rear subframe would be needed so the team at ECC developed one and fabricated it, the rear of the fuel tank was then elevated slightly to follow the line of the seat base and rear cowl. 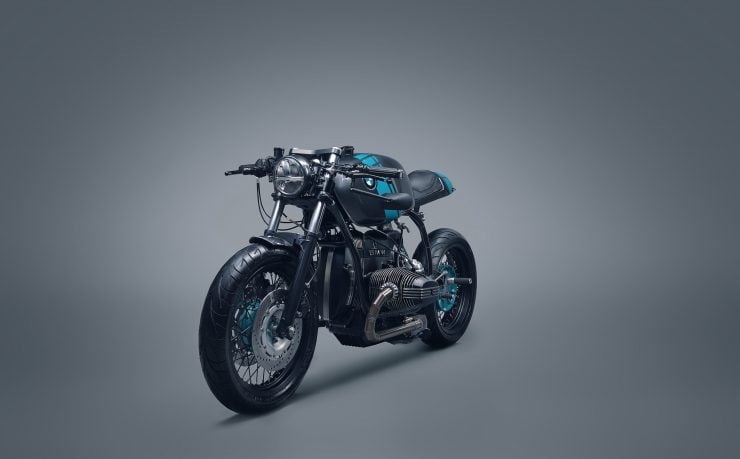 The frame was de-tabbed and the front end was lowered 50mm with a pair of Wielbers springs replacing the originals inside the fork tubes. A new adjustable rear monoshock was sourced from YSS, and a pair of Brembo brake rotors replaced the factory units up front.

One of the most challenging aspects of the build was the spoked wheels – it proved remarkably difficult to match hubs, spokes, and rims – giving Andi the 17″ wheels front and back that he wanted, with a 120mm tire upfront and a 150mm unit in the rear.

The eye-catching paintwork on the bike required over 40 drafts before the final design was settled on – the base layer is an Audi Daytona grey metallic with teal accents and 7 layers of clear coat to make it gleam. The final detail was the unique exhaust, the team at ECC couldn’t find an off-the-shelf unit that suited their needs, so they created one in-house, with a bespoke stainless steel muffler under the engine.

The completed bike is fully road legal, it passed the stringent German TÜV regulations and now carries full road registration – a rare thing in the country, with many customs needing to be trailered to shows.

If you’d like to see more from Elemental Custom Cycles you can click here to visit their website, you can also scroll down to read more about the BMW R80 Monolever. 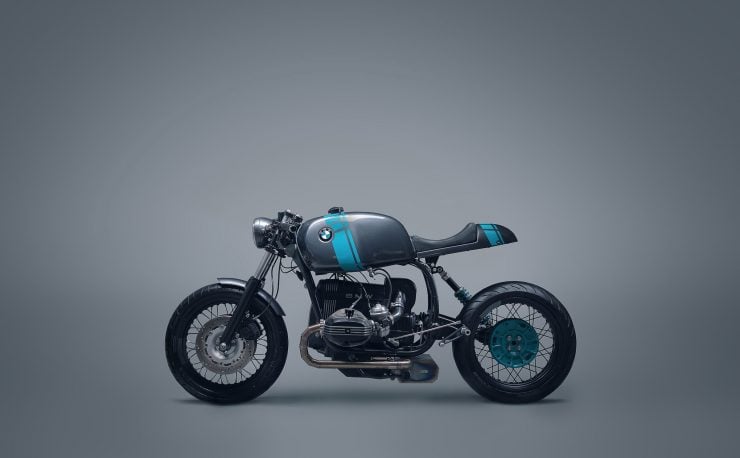 The R80 Monolever was built from 1982 to 1995 and enjoyed solid sales numbers, it was powered by a more-reliable-than-taxes 797.5cc boxer twin producing 49hp and 59Nm of torque. BMW built over 22,000 Monolevers during the life of the model, this means that they’re relatively easy to come by in many parts of the world and as they become a little older and a little less expensive we’re seeing a slow increase in the number of custom motorcycle garages that are taking them on as project bikes.

The “T” in “RT” stands for “Touring”, these models had a signifiant fairing added for highway and autobahn cruising at sustained speeds in excess of 100 mph. Many were fitted with hard pannier cases that made them ideal for long distance touring, a role they fulfilled in Germany, across Europe and further afield.

Although it isn’t known how many of the original 22,000 Monolevers have survived to the modern day, I’m willing to bet that the majority of them have survived in some way or other. The bulletproof boxer twin engine, reliable 5-speed transmission, and shaft drive are all renowned for their toughness, rivalling the best of the Japanese bikes for reliability. 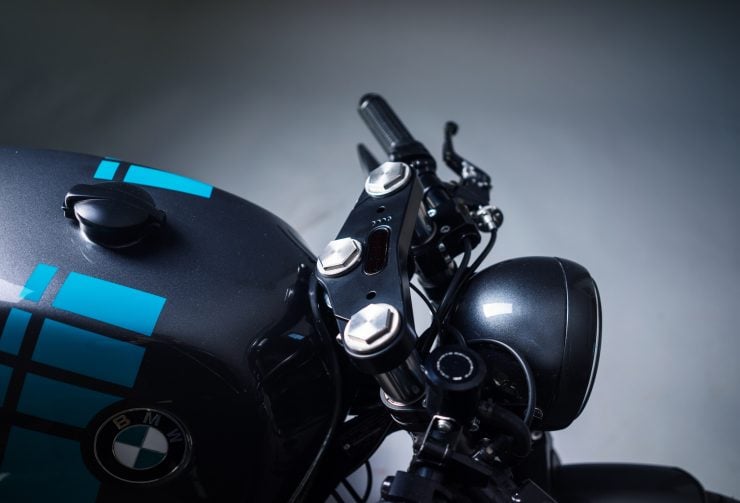 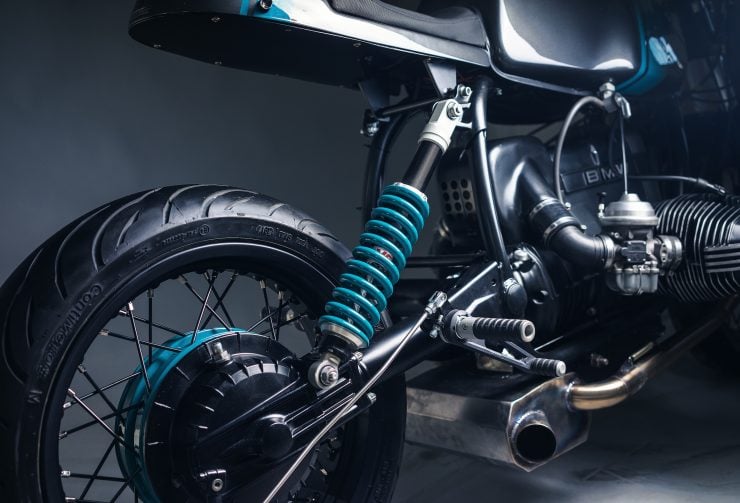 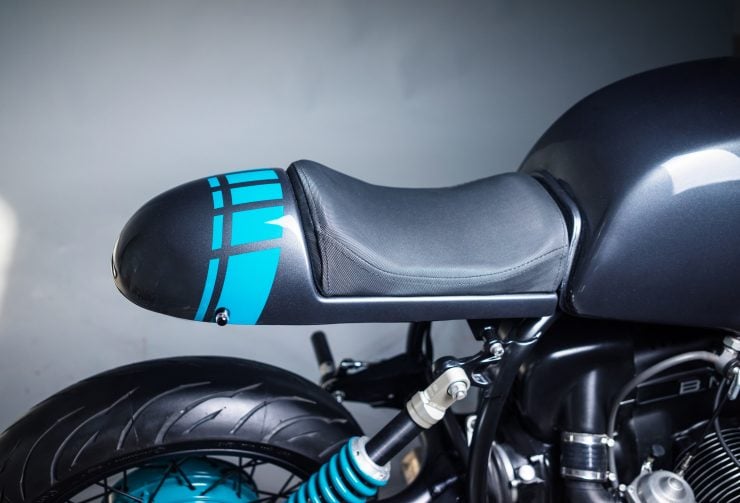 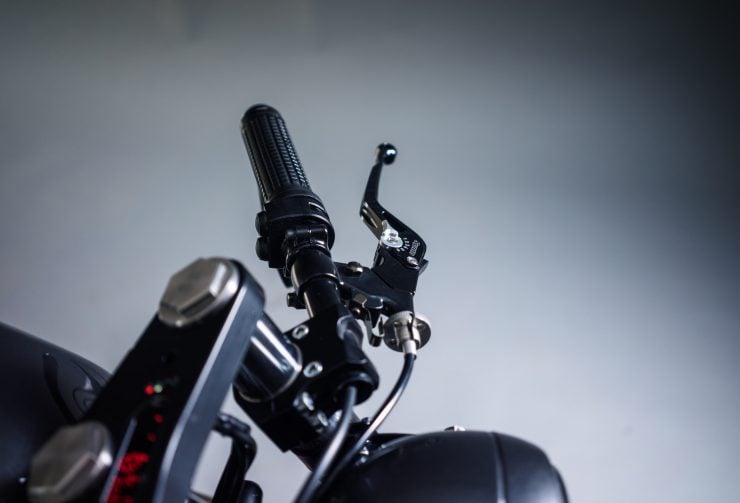 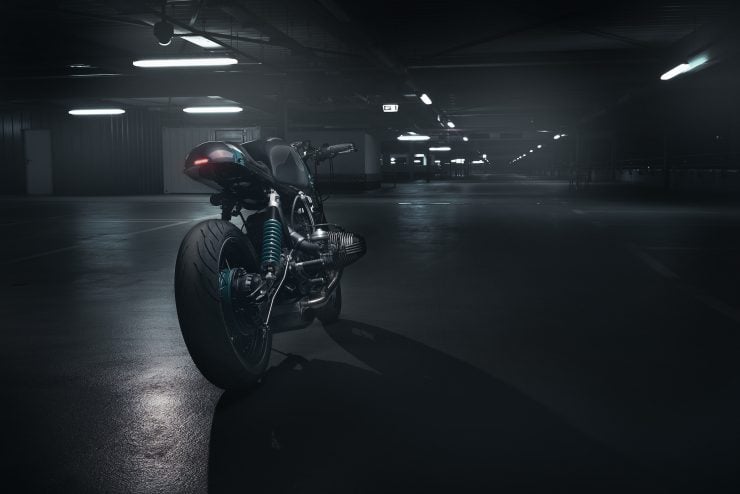 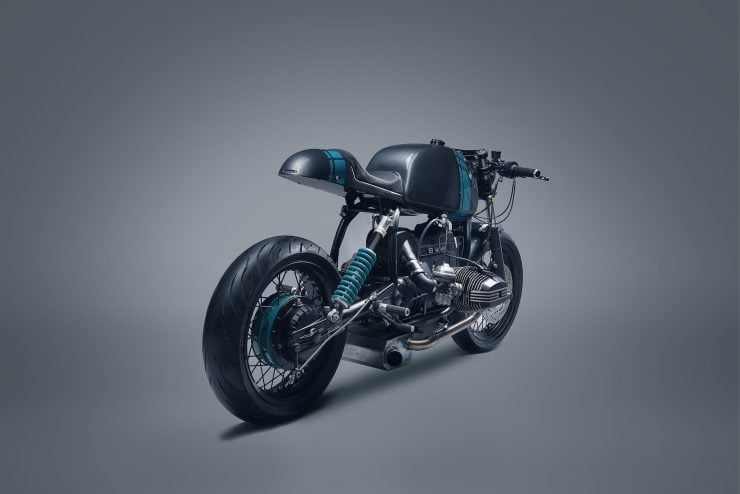 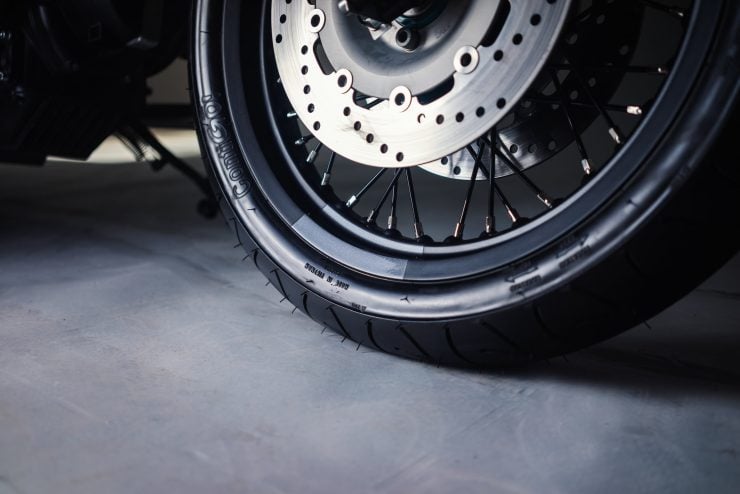 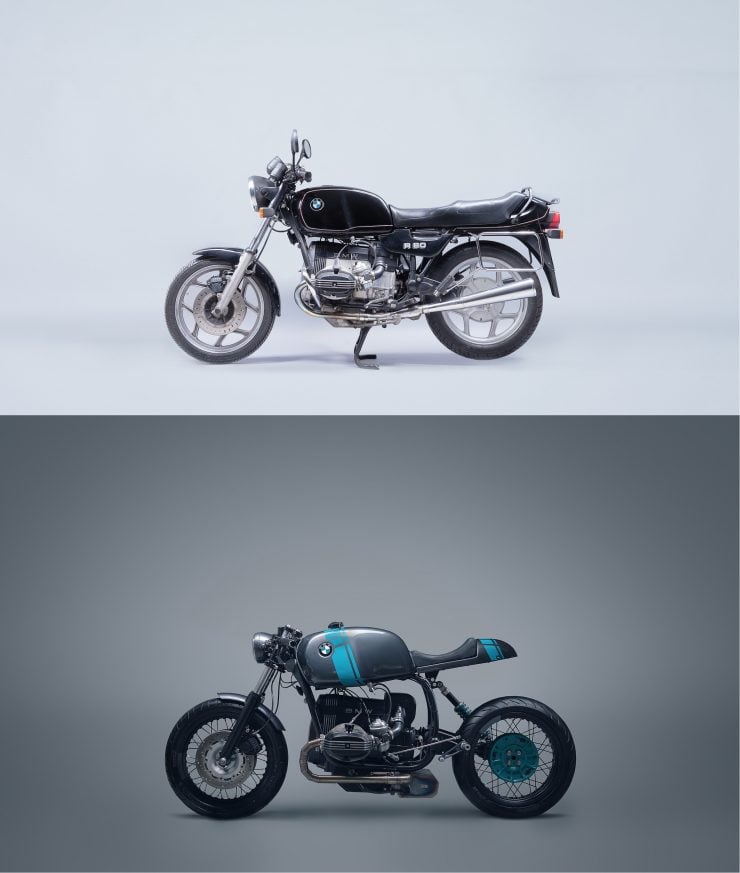 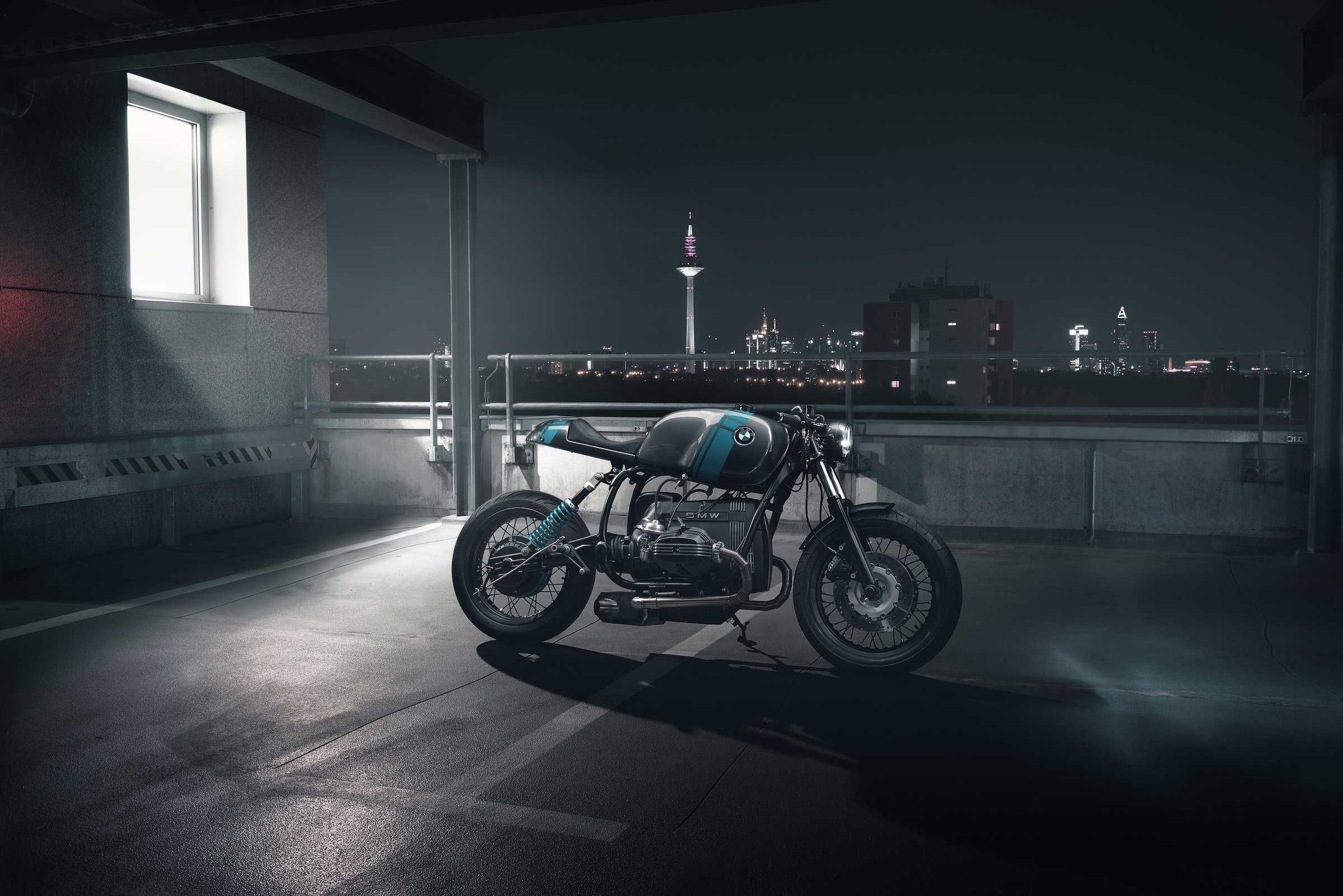