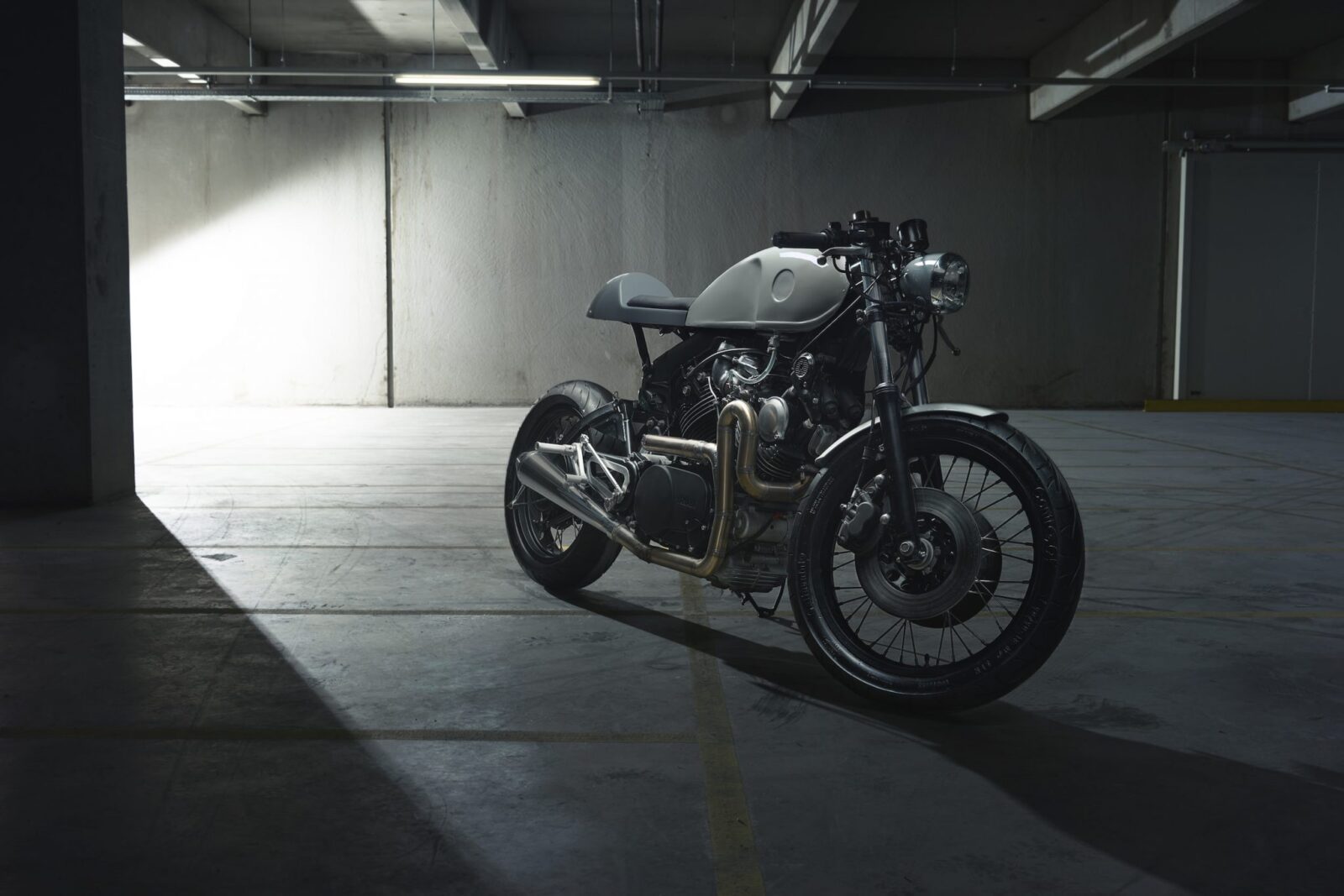 The Yamaha Virago XV750 caused quite a stir when it was released in 1981, it was an obvious shot over the bow of Harley-Davidson, and moto journalists of the time waxed lyrical about the Milwaukee-based company’s impending demise.

Yamaha developed the Virago from a blank slate, although many have suspected over the years that they actually started with the blueprints of the Vincent Black Shadow. Although the final Virago looks nothing like the British bike it does share some similar design cues under the skin. Both bikes have a load-bearing air-cooled V-twin, with a steel backbone chassis, and rear suspension mounted up under the seat.

In its original cruiser configuration the Virago bikes don’t look particularly impressive, but when they’re bought by talented custom bike builders they can be turned into some of the most beautifully-styled two-wheeled ugly ducklings in the world.

Underneath its cruiser kitsch exterior the Virago XV750 is fitted with a 748cc V-twin with single overhead cams and two valves per cylinder. There’s a 5-speed gearbox, a multi-plate clutch, a shaft drive, and 55 hp with 48 lbf.ft of torque. 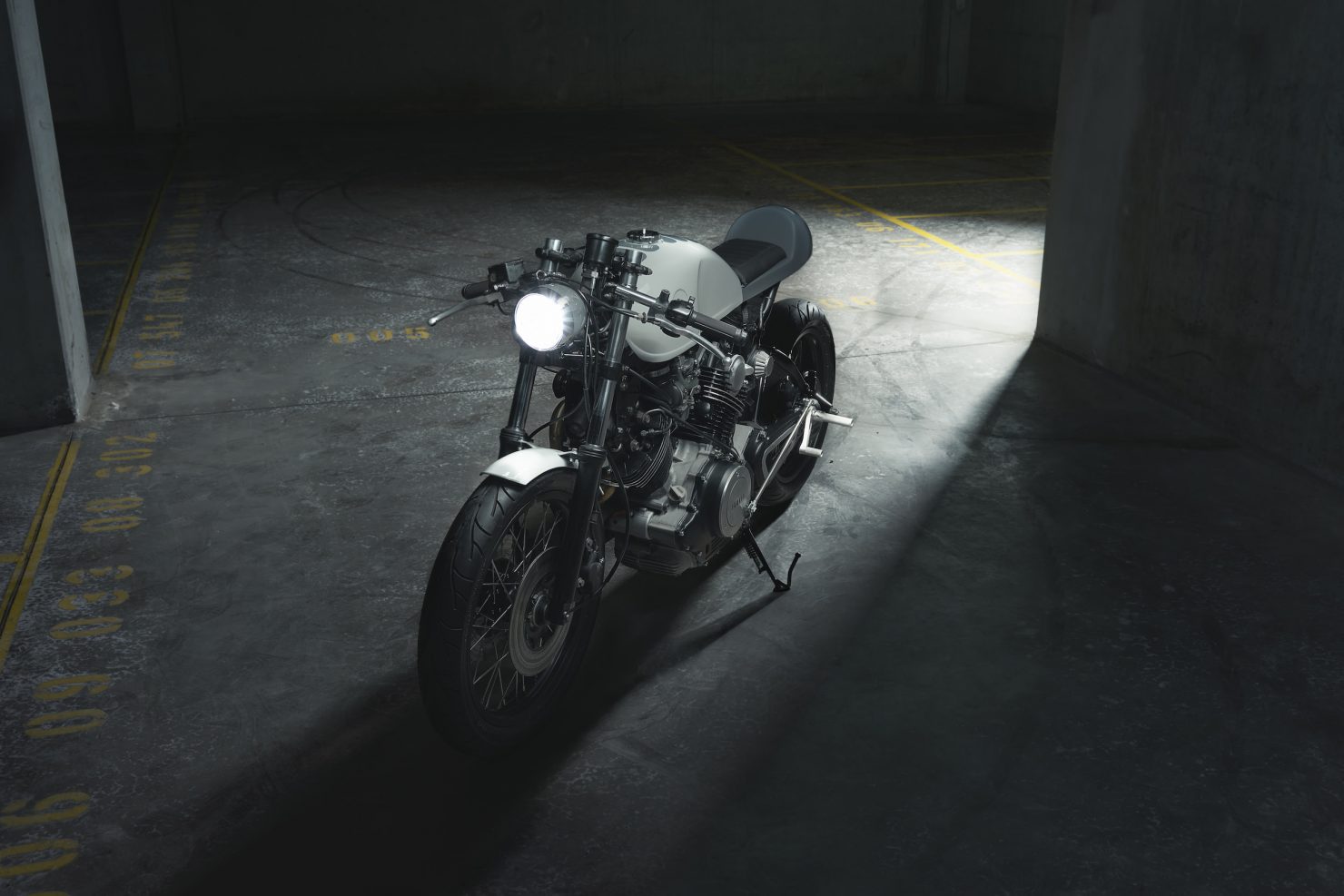 With its kerb weight of 238 kilograms (525 lbs) the XV750 was never going to have performance figures to set the world ablaze, but that’s not what it was designed for. It was designed to take on and beat the Harley-Davidson Sportster, and it’s difficult to argue that it didn’t succeed.

The popularity of the Virago 750 back when it was introduced means that there are now a lot of them around, typically they can be had for not a whole lot of money, and parts supply is ample.

The svelte cafe racer you see here is the work of Elemental Custom Cycles based in Neustadt, Germany just outside of Nuremberg. The core philosophy of the garage is “Life’s to short to ride boring motorcycles”, which sound like words to live by to me.

This build started with a low-mileage but very rough XV750, a full tear down exposed the bike’s basic geometry, and a new sub frame was added, with a new Benelli-style fuel tank, and a pair of forks from an XJ600 with double disc brakes and a pair of new triple clamps. This lowered and tightened the front end, improving both handling and stance.

The steel backbone frame and swing arm were both powdercoated, and the original wheels were replaced with XV535 hubs, with new stainless steel spokes, 18” rims in the front and 17” rims in the rear. A new DR800 rear shock absorber was fitted to slightly increase the height of the rear, and new rubber was fitted front and back.

Before reassembly the top end of the engine was rebuilt, the clutch was replaced by new springs and discs, and a beautiful new stainless steel exhaust was welded up in-house and fitted to the bike.

The finished machine is far superior to the bike it started out as, not to mention much quicker and better looking. 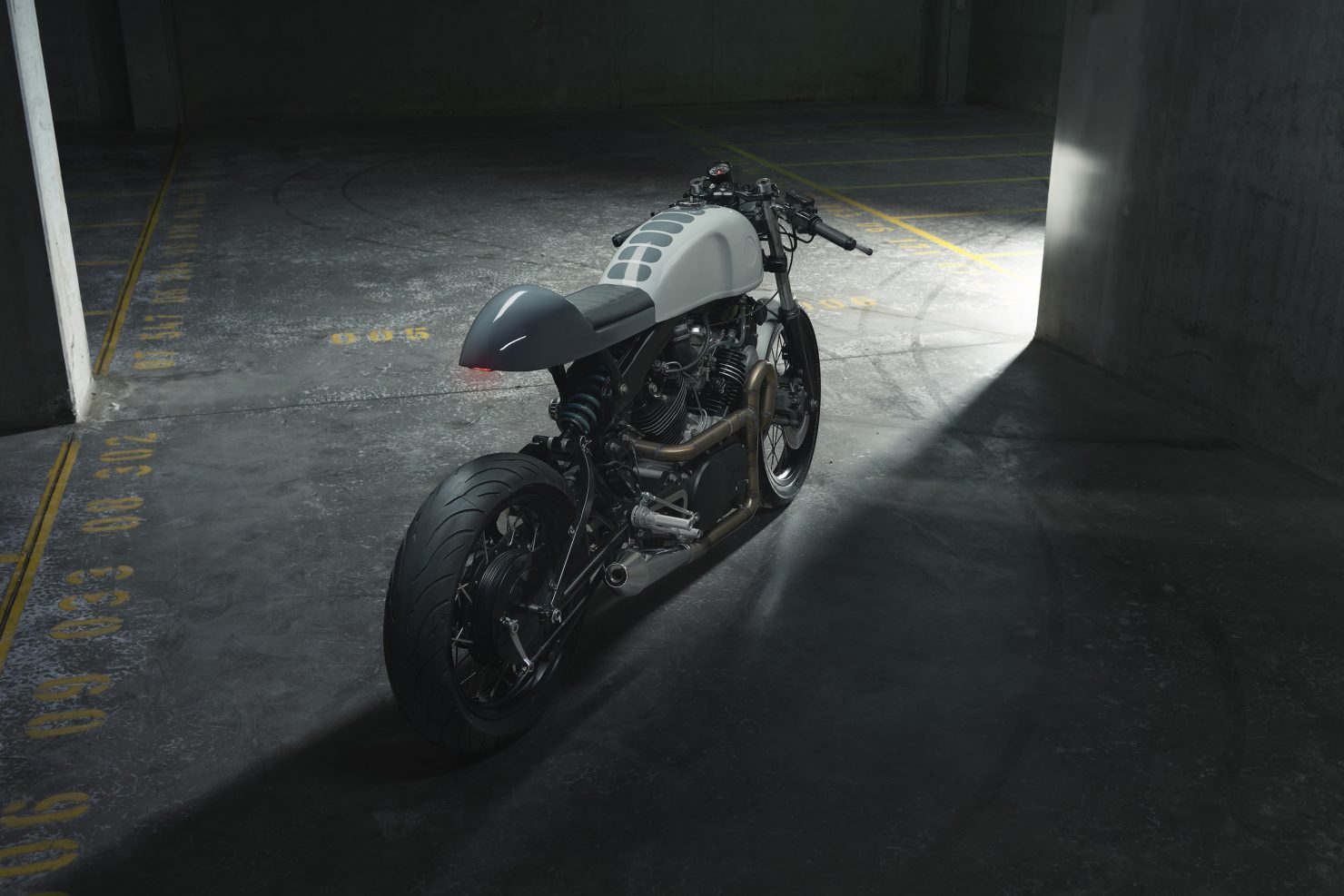 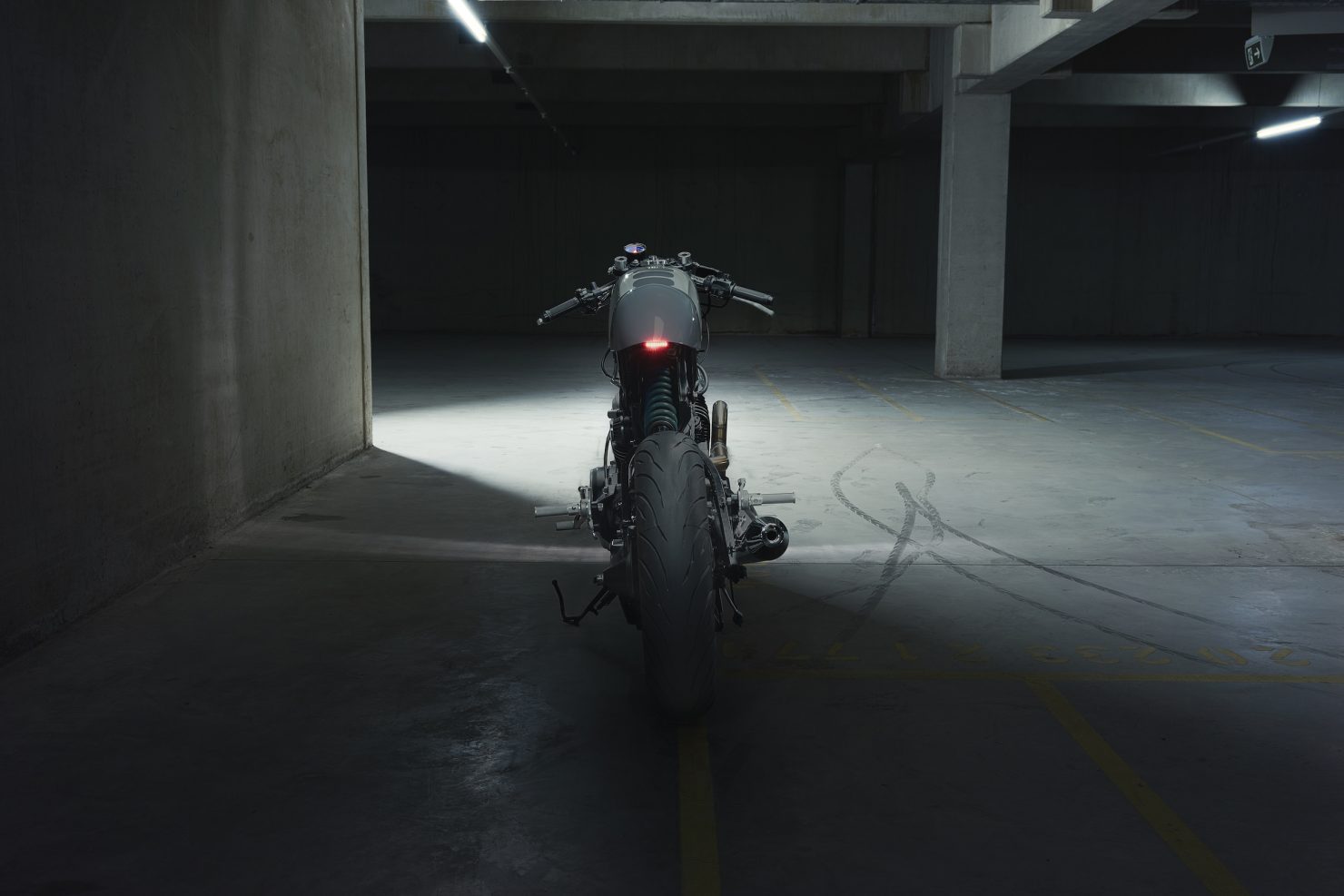 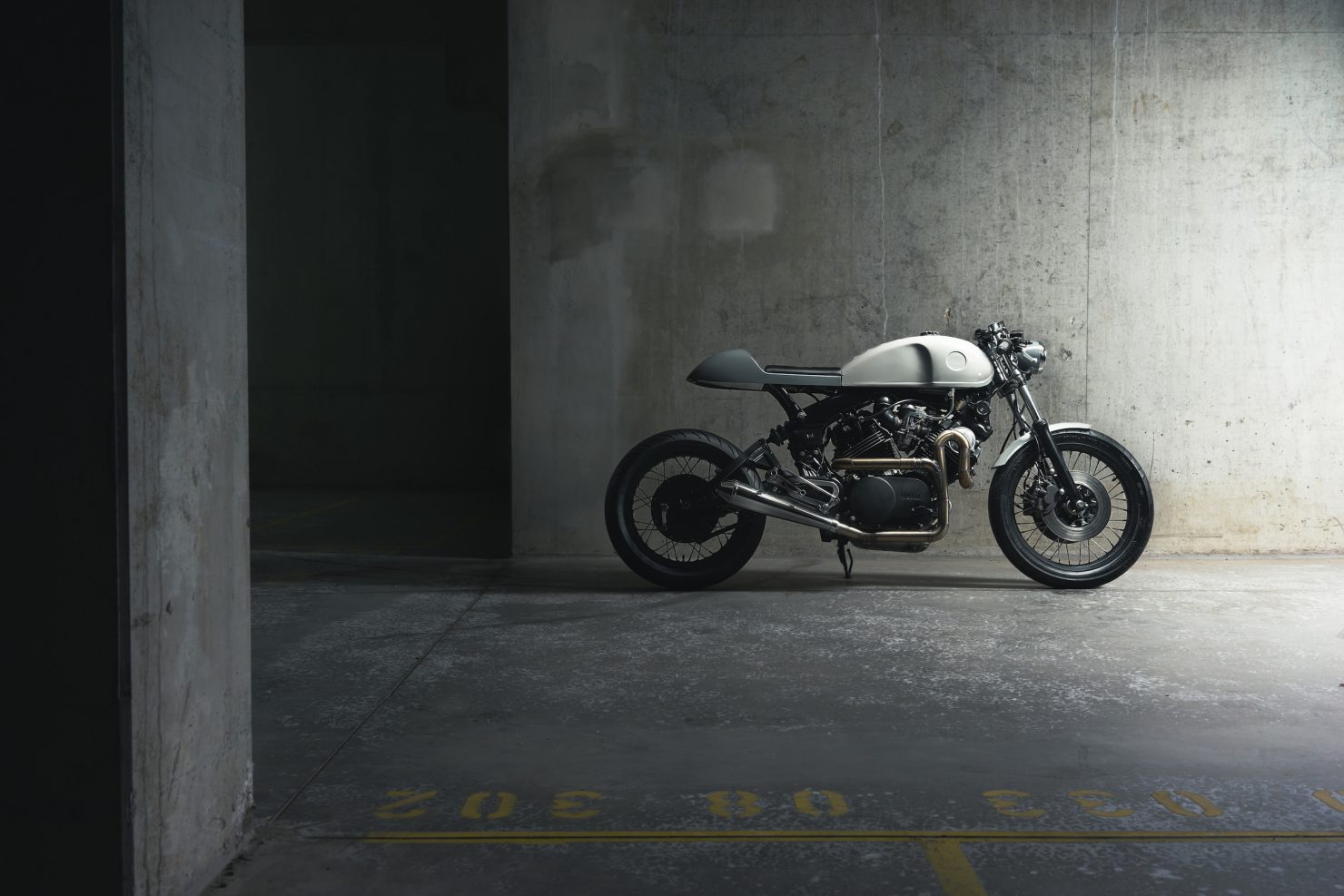 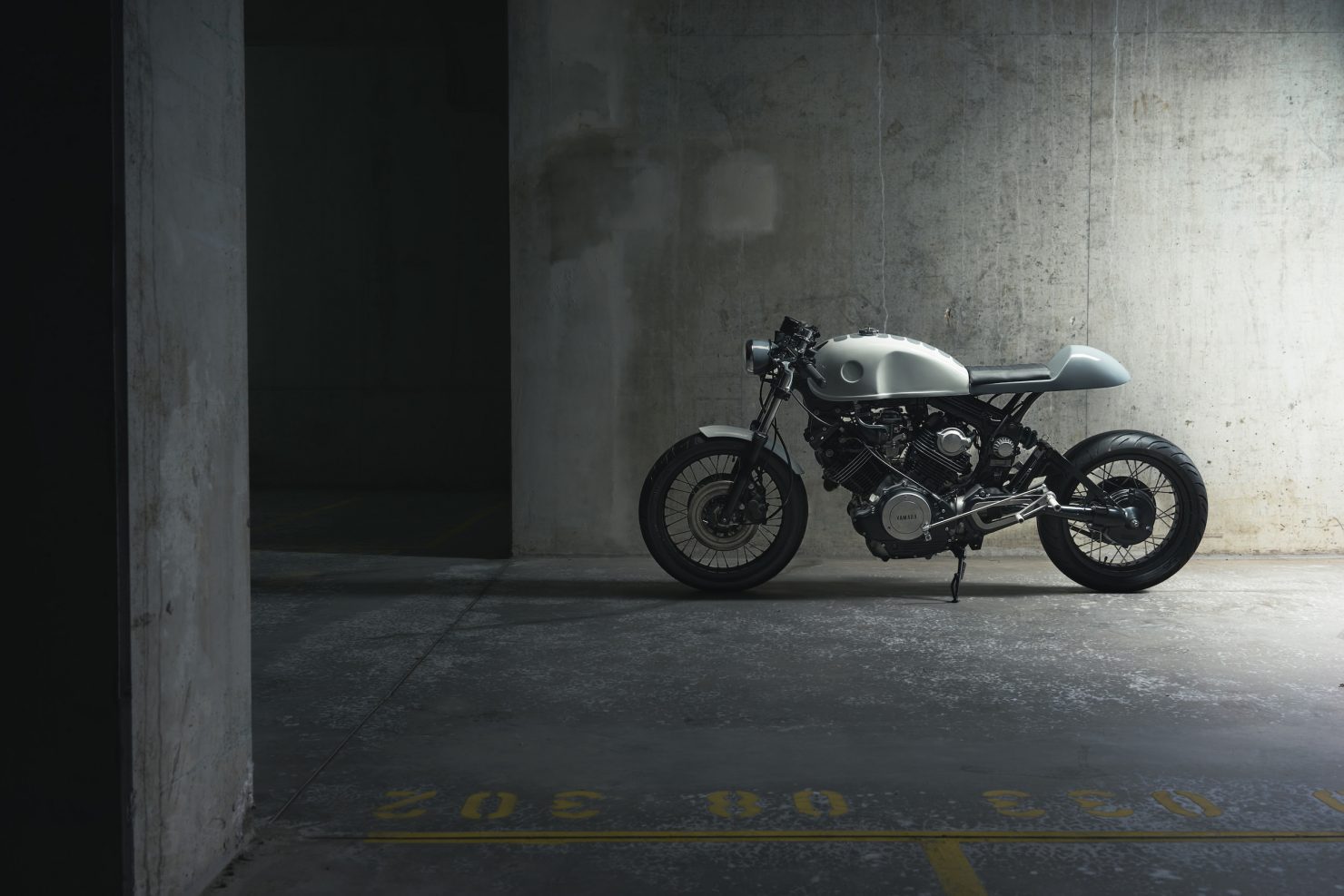 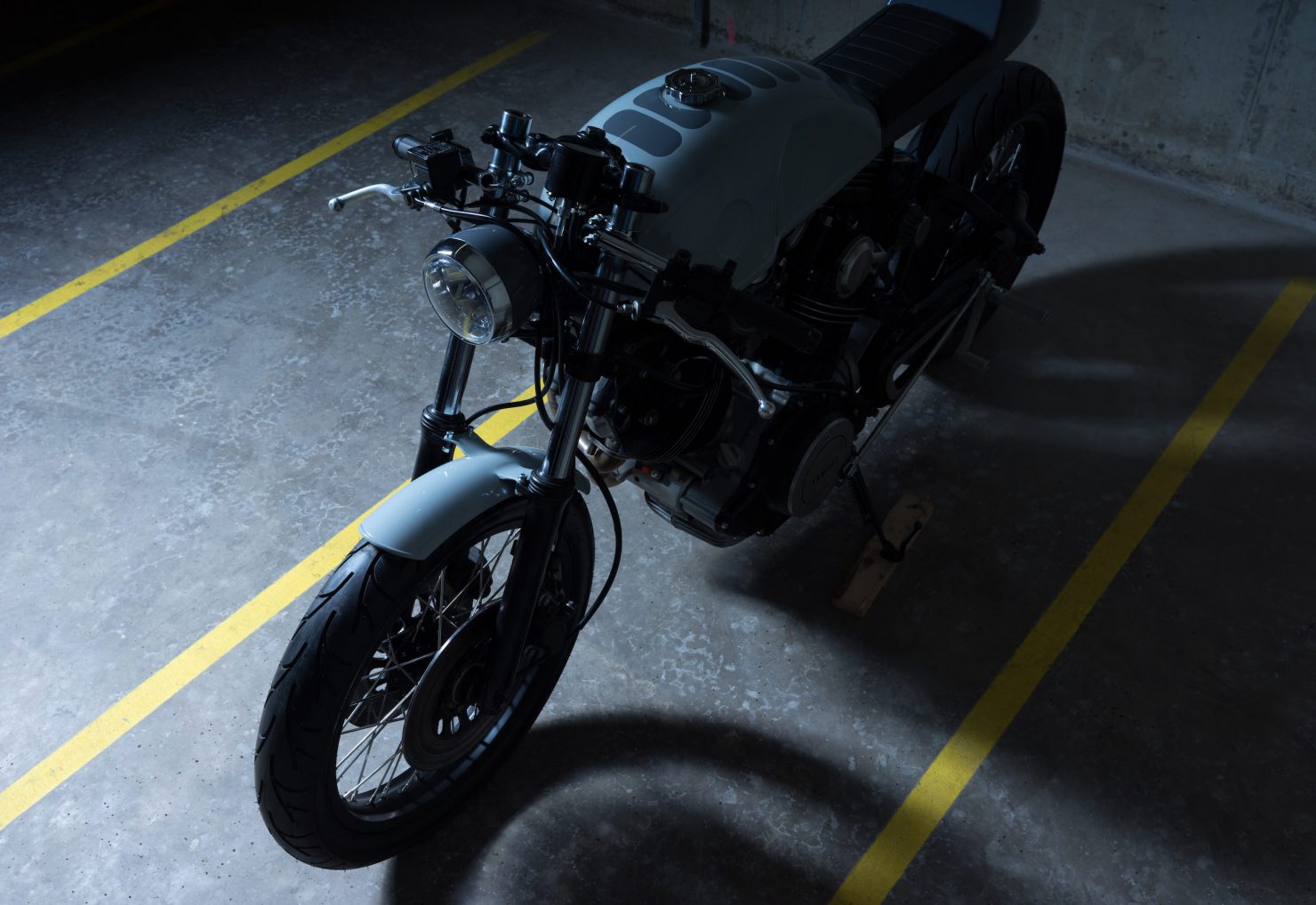 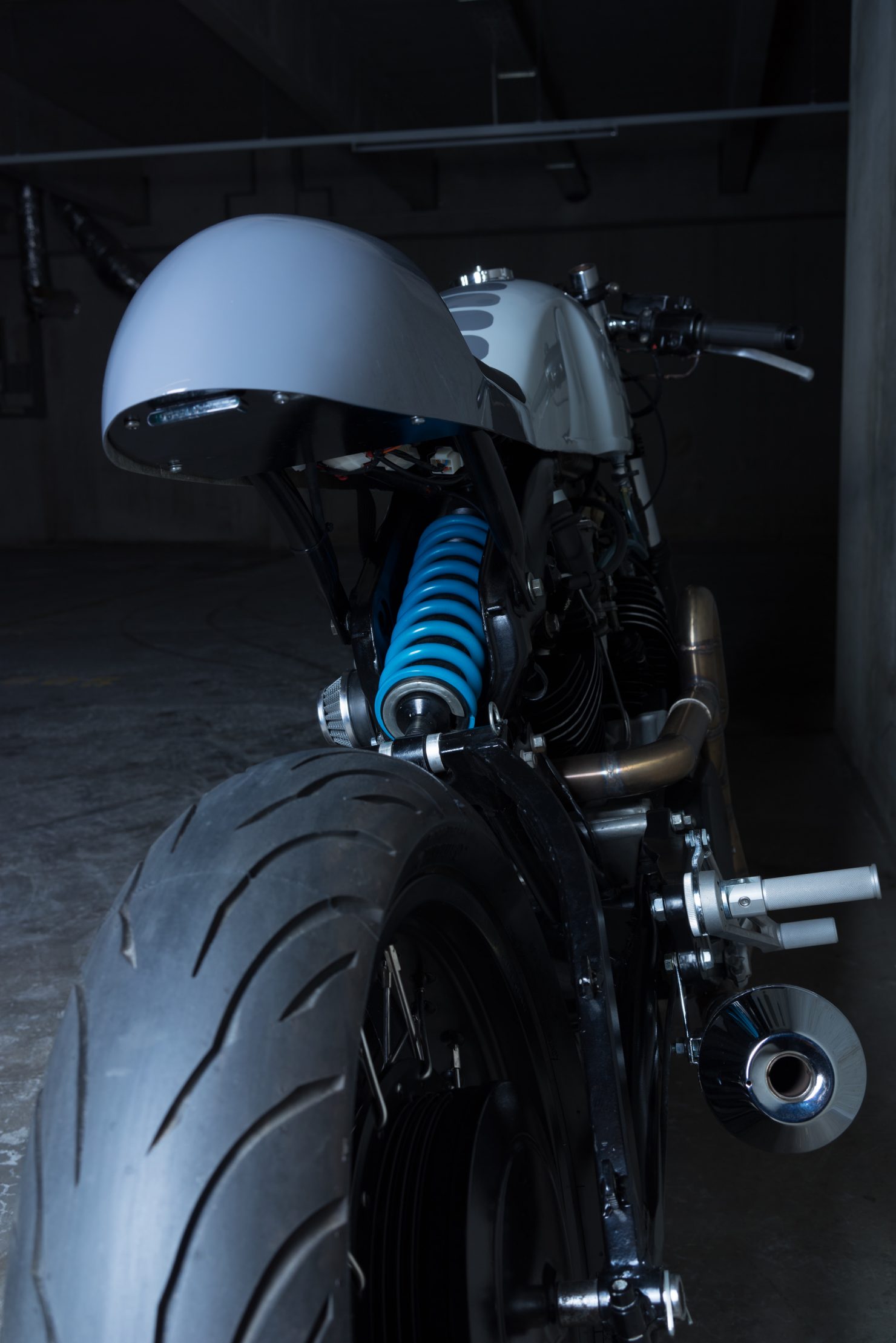 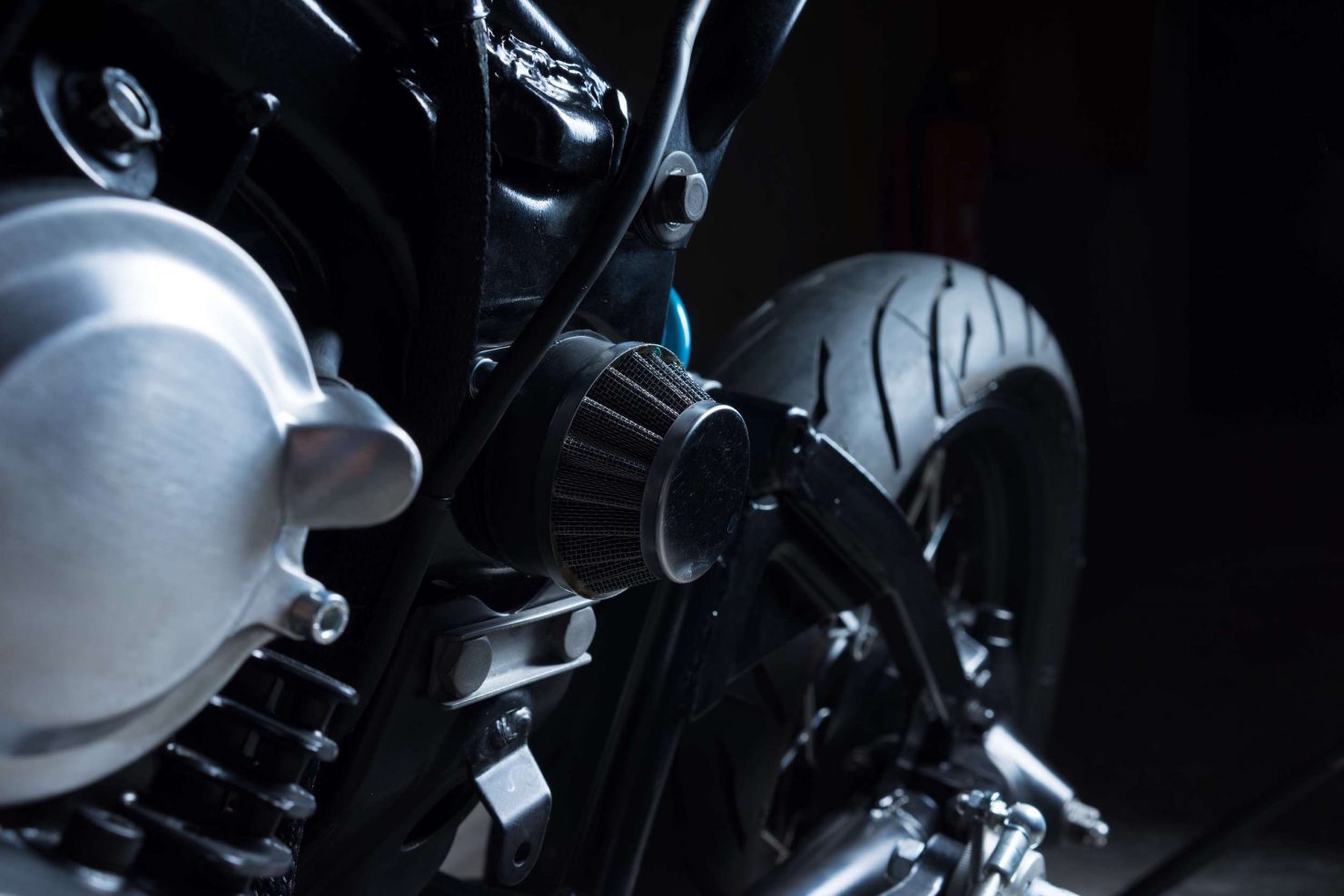 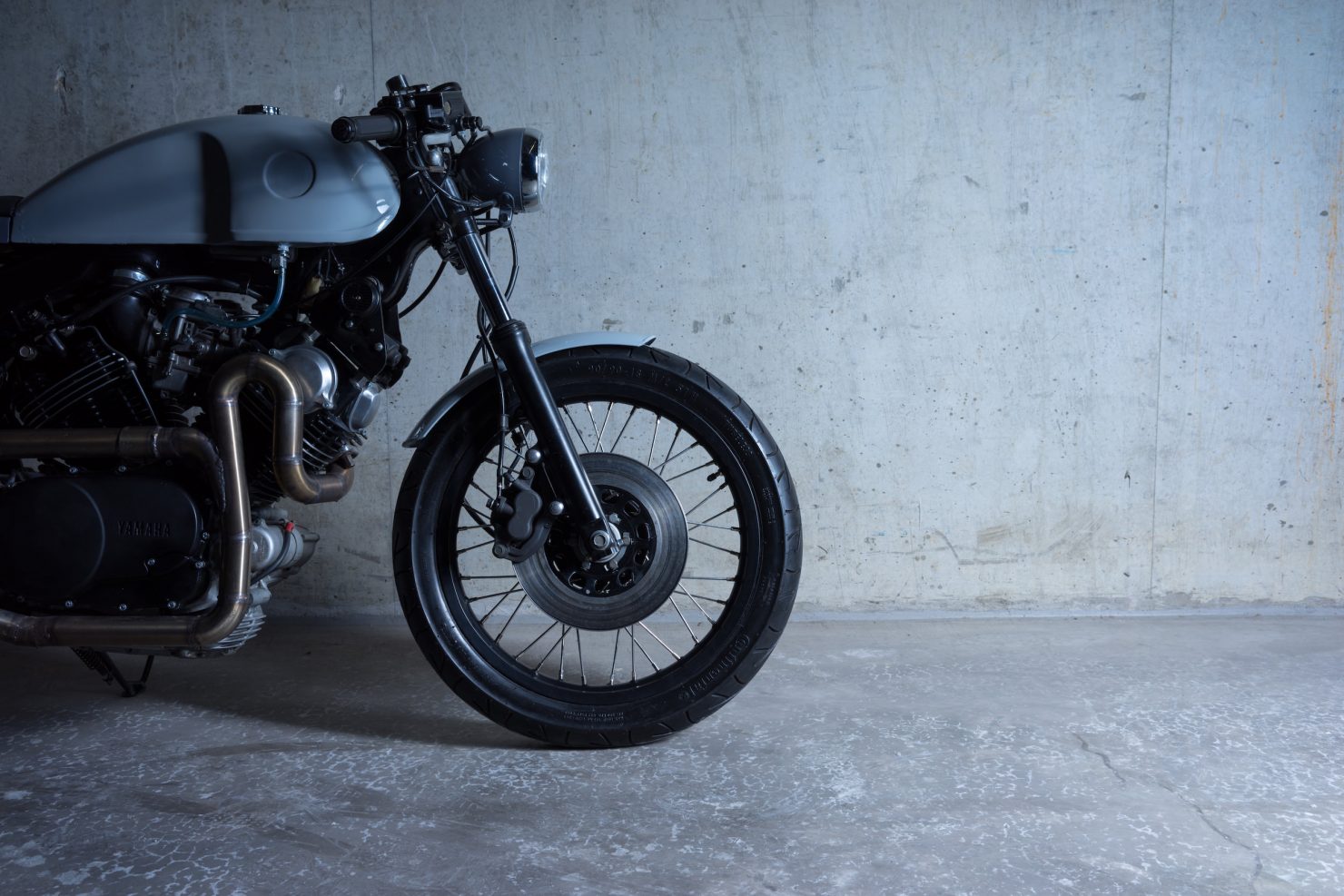 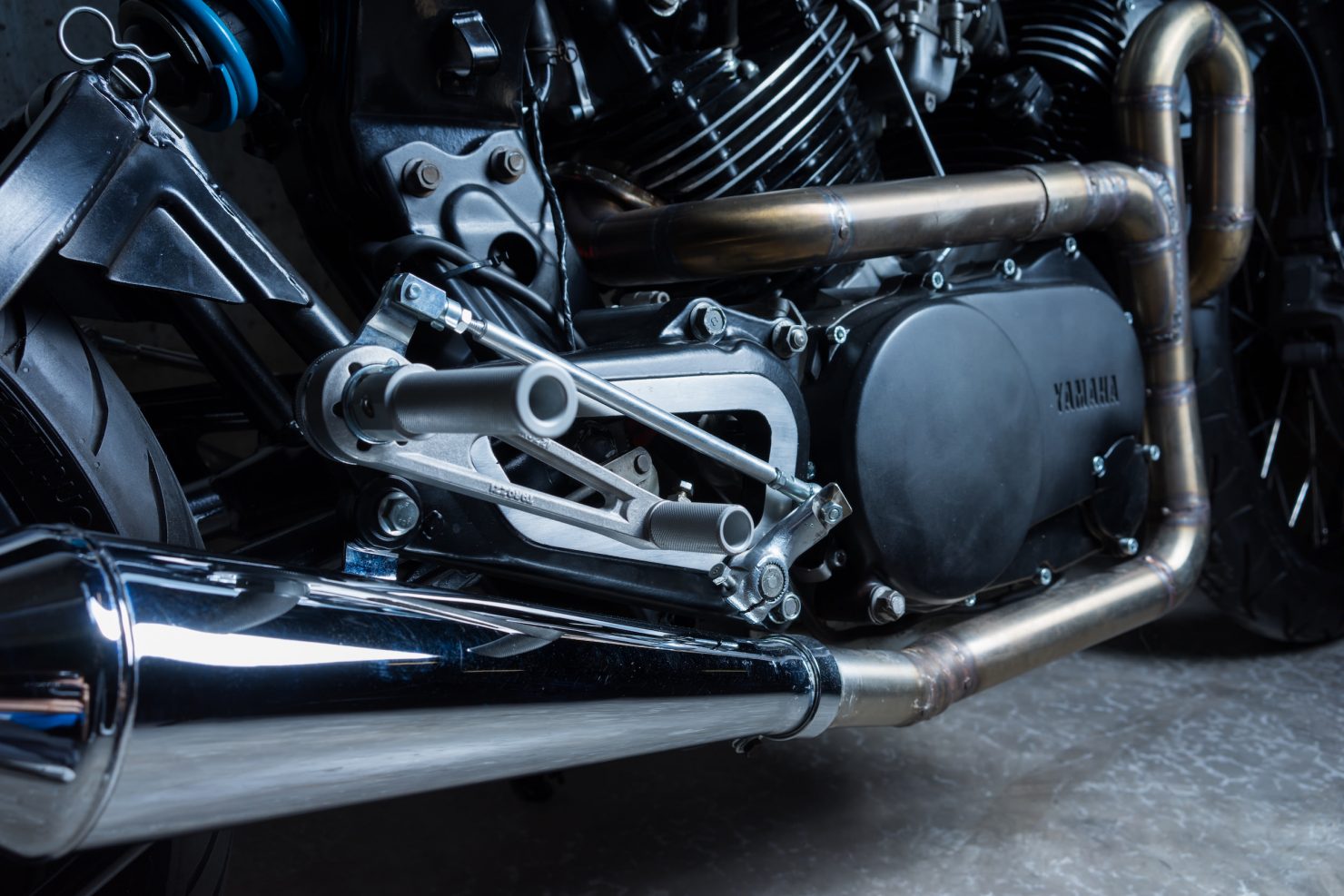 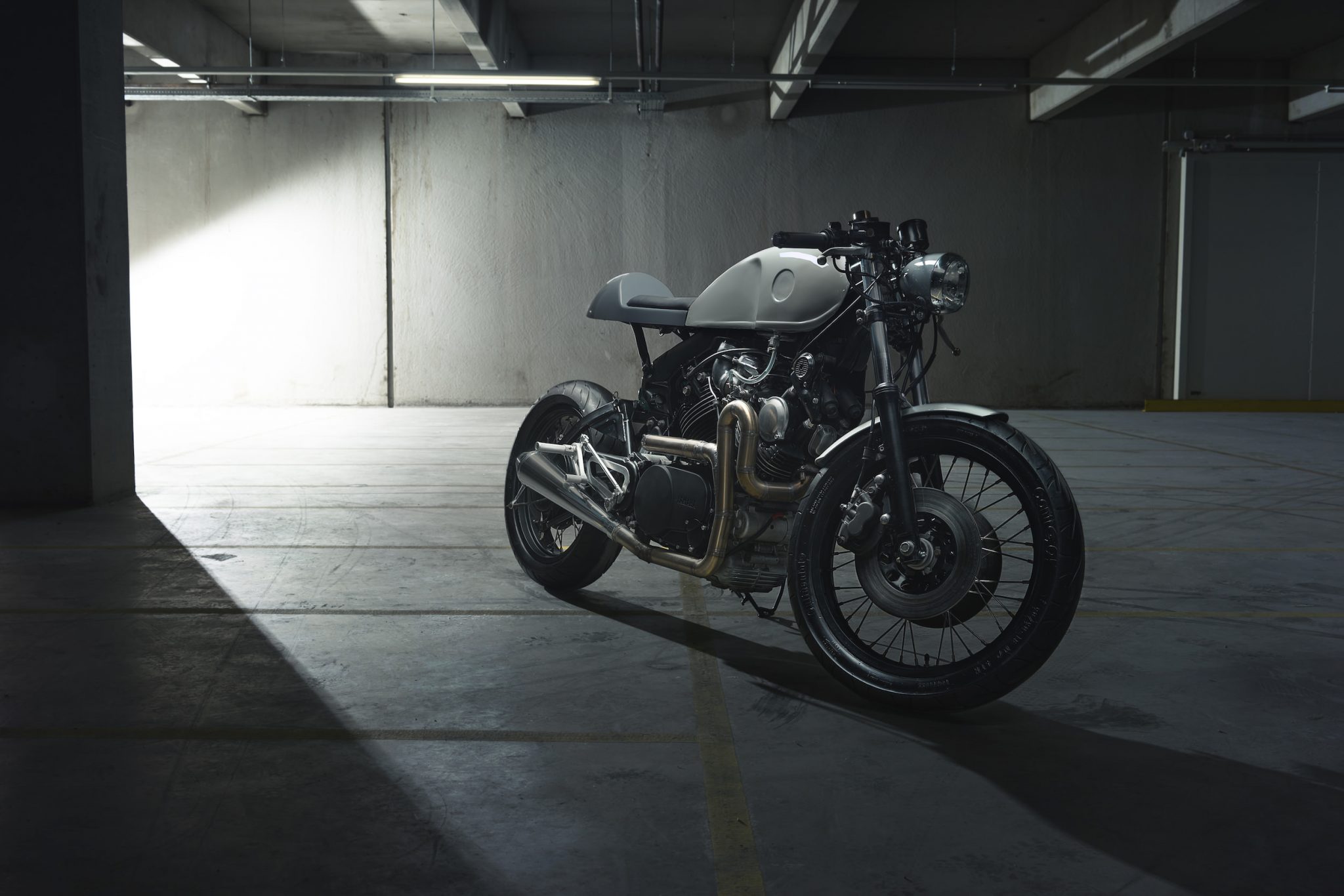