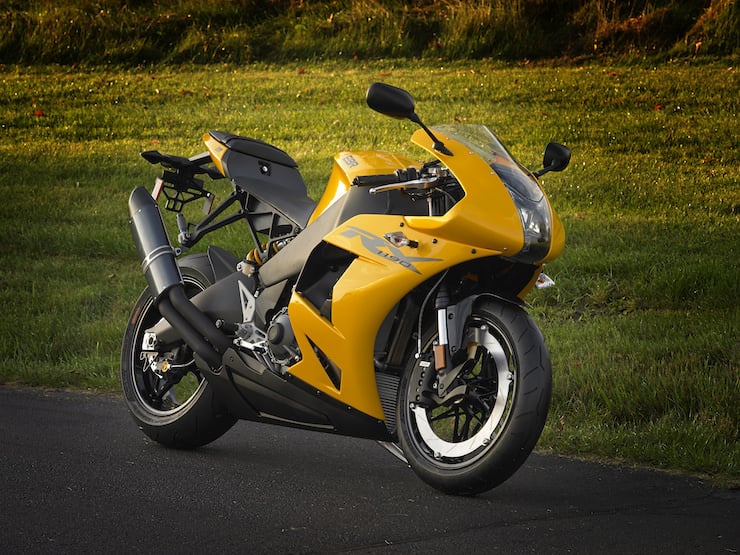 We don’t often feature modern sport bikes here on Silodrome, this is largely because I’m one of those people who suffers from a significant lack of talent but no lack of enthusiasm when it comes to riding motorcycles quickly. As you can imagine, this combination of traits is not the sort of thing you want to introduce to a 185hp, fire-breathing track-monster like the 2014 Erik Buell Racing 1190RX.

There are two reasons that I thought we should feature this bike, the first is that it’s an excellent underdog-comes-through-in-the-end tale, and the second reason is that I kind of want one. The feeling of want is not normally something I associate with cutting-edge performance bikes, so the new Buell is something special. To me anyway.

For those not familiar with the story of Erik Buell I’ll summarise it briefly here – Born a Pennsylvania native, Erik got into motorcycles at a relatively young age and spent much of his teens and twenties racing both on and off-road. His interest in motorcycles extended far beyond just racing them and so he enrolled in university and studied engineering, with the goal of working at Harley-Davidson. After graduation he flew himself to Milwaukee, walked into the Harley-Davidson headquarters and landed himself a job.

Erik then spent a few years working to improve and modernise the still antiquated model line of Harleys throughout the early 1980s, eventually the thrill of the track won over and he left HD on good terms to race his own Barton engined motorcycle professionally. This endeavour saw moderate success and eventually he convinced his old friends at HD to sell him the left offer HD XR1000 race engines, he build an entirely modern motorcycle around this engine and it began winning rave reviews. Before long, the Buell Motorcycle Company had been formed with Harley-Davidson taking a 51% stake from the outset.

Throughout the late 1990s and 2000s the Buell brand won a fiercely loyal fan base and received much positive press for the sheer technological advancement of the bikes being produced, although some thought they were hamstrung by the insistence of HD that they use Sportster engines. 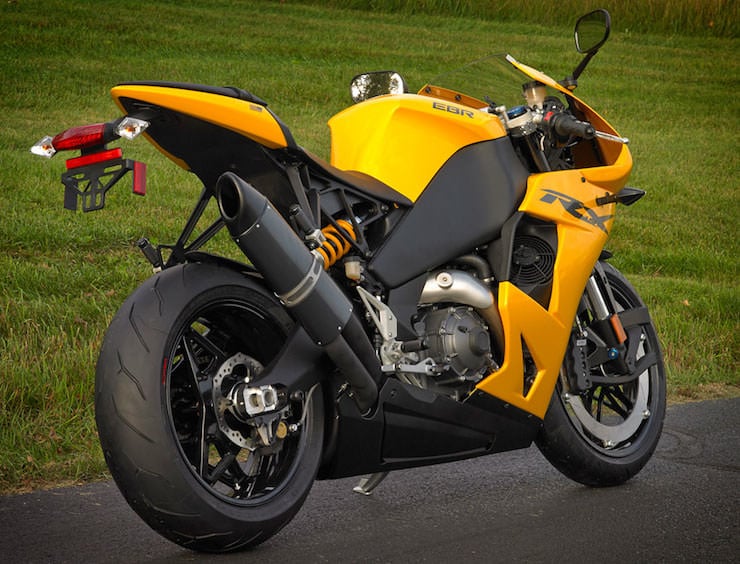 Come the financial crisis of 2009, Harley-Davidson decided to shut down Buell and along with it any real hope that the brand would modernise its models for 21st century riders. Shortly after being unceremoniously dropped by Harley, Erik formed Erik Buell Racing and began to build race-spec motorcycles designed solely for the track – Erik’s first love.

With an MSRP of $18,990 USD, the Erik Buell Racing 1190RX is a motorcycle aimed squarely at the likes of Ducati, MV Augusta and KTM. With a dry weight of 419lbs and a asphalt-tearing torque output of 101.6 ft-lbs the performance of the 1190RX is extraordinary, the engine is based on the Rotax Helicon, a 1190cc liquid-cooled, four-stroke V-Twin that Buell has been using in some way or other since 2009. Far from being a simple matter of dropping a new engine in a classic Buell frame, this bike has a 21-point adjustable traction control system, a digital dashboard, Showa suspension front and rear, an aluminium, fuel-carrying frame and a wind tunnel tested full-fairing.

Although the $18,990 USD price tag won’t mean this is a stocking stuffer for most motorcyclists, it does present the option of an American-made super bike with the ability to match or exceed anything from Germany, Italy, Japan or Britain. 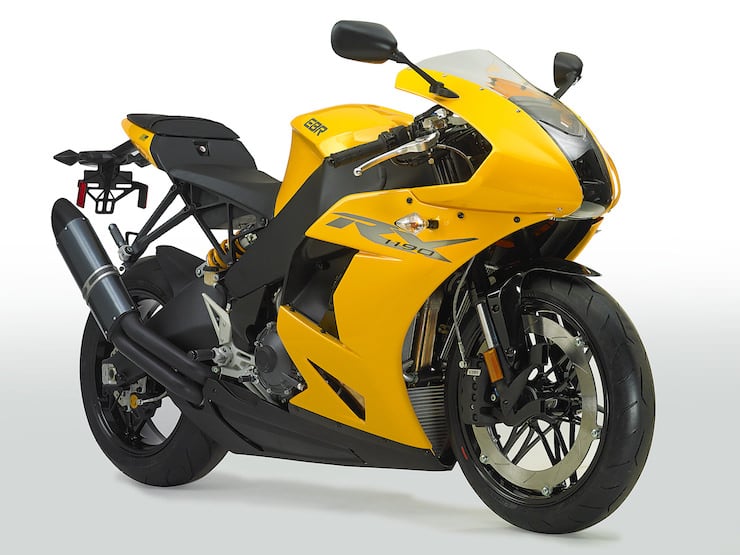 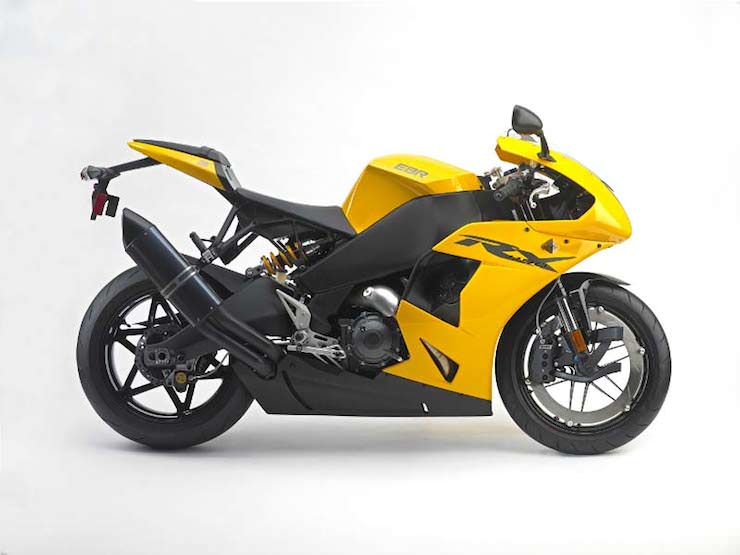 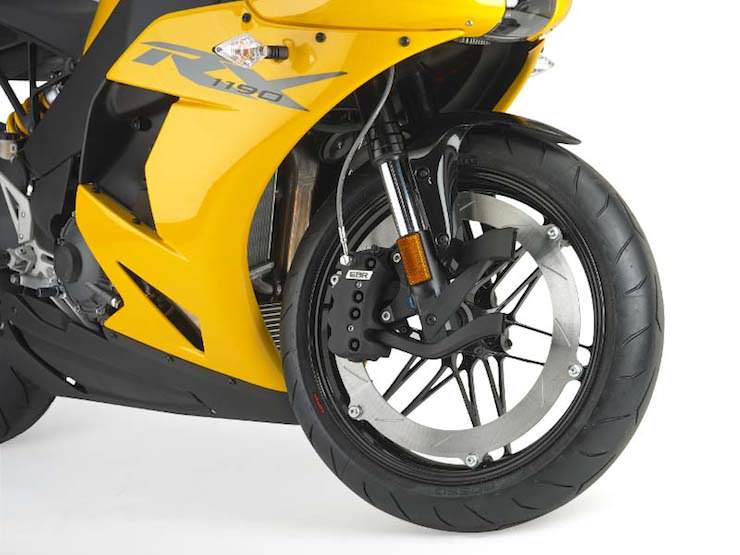 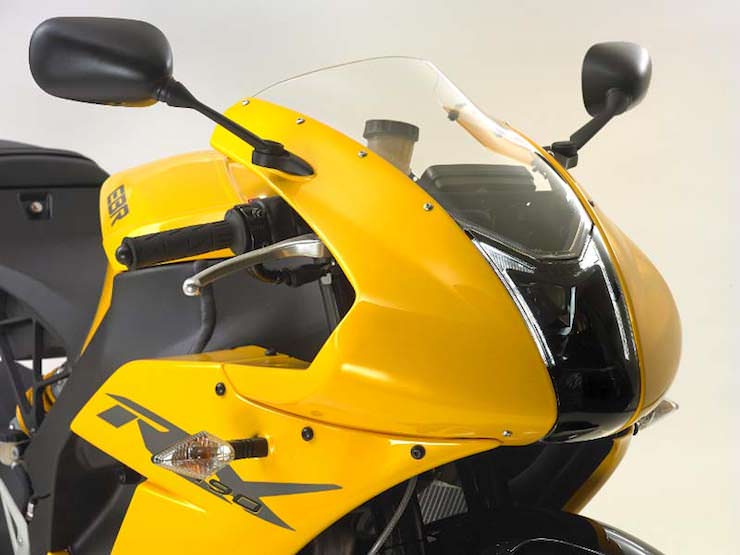 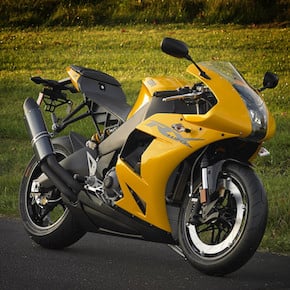