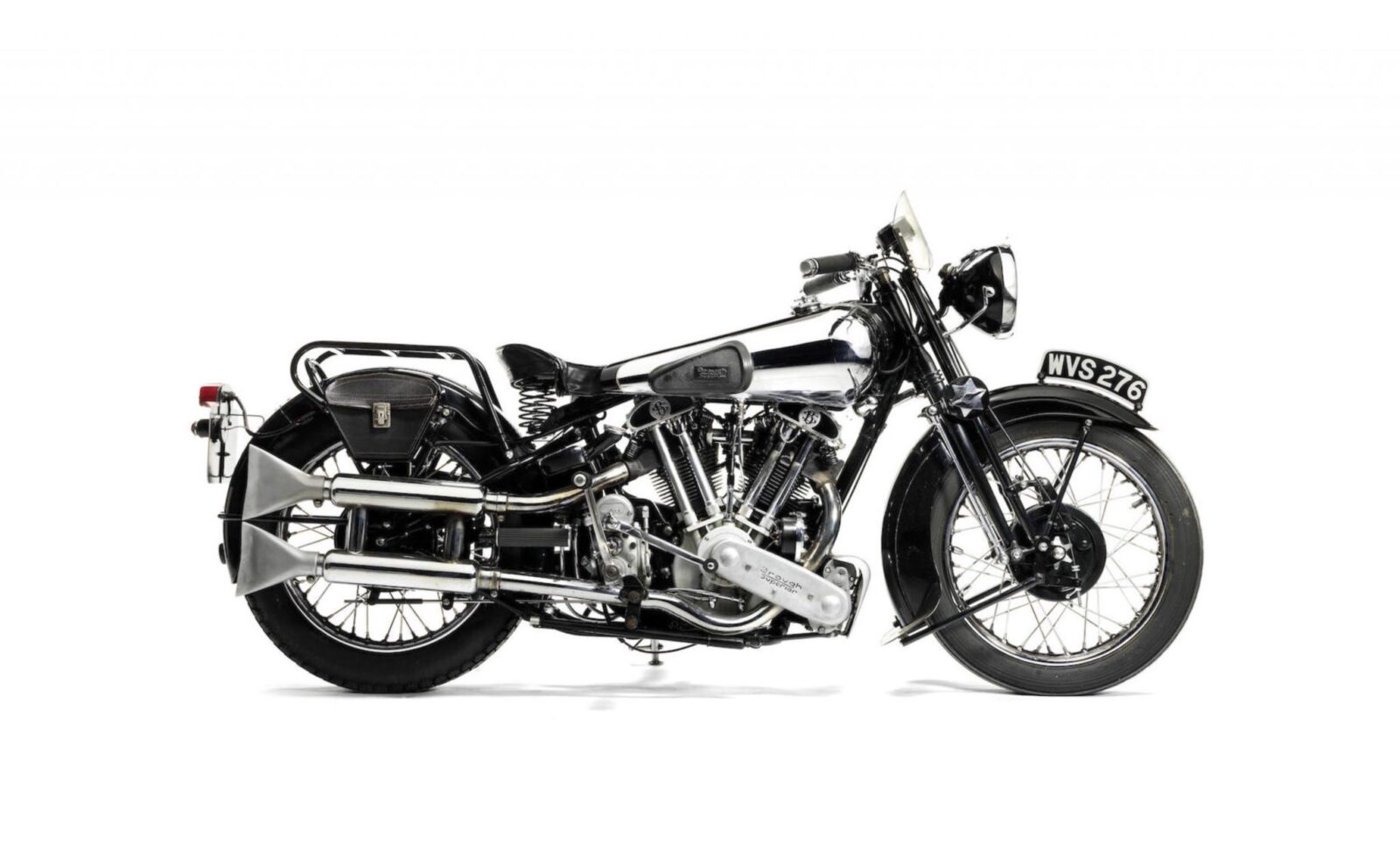 The Brough Superior SS100 was the finest, and fastest, production motorcycle of its day. The company probably couldn’t have survived at any other point in history – it enjoyed a brief and extraordinary existence between the two World Wars, selling motorcycles that each cost as much as a house in a decent neighbourhood.

Known as the “Rolls-Royce of Motorcycles” for many years, an unofficial nickname attributed to H. D. Teague of The Motor Cycle newspaper. It became a borderline official title after a visit by a senior executive from Rolls-Royce who was taken aback with the company’s attention to detail and engineering prowess – and subsequently gave his approval for its use.

The SS100 was the top of the line model from Brough Superior and it’s said that no two are the same. Each was built to individual owner specification and even the handlebars were shaped to suit the size and reach of the client. When building a Brough Superior – both the SS80 and the SS100 – the bike would be assembled and run first to check tolerances, then disassembled for final adjustments, nickel-plating, and then reassembled.

Before leaving the factory, each SS100 was test ridden to 100+ mph by the riders that Brough Superior kept on staff, and each bike shipped to the customer with a guarantee that they were capable of 100 mph.

Interestingly, the Brough Superior factory didn’t make their own engines or gearboxes. George Brough instead chose to select the finest (and fastest) engines he could find, and pair them with transmissions that could handle the power. From 1924 to 1936 the twin cam JAP V-twin (made by J. A. Prestwich) was used, and from 1936 to 1940 a Matchless V-twin was used. Production ceased during WWII and, funnily enough, the factory produced Merlin V12 engines for Rolls-Royce.

In the post war years George Brough couldn’t find a suitable engine to resume production and so the company was closed up – although in recent years a new SS100 has been developed and is now shipping to customers.

The restored Brough you see here is a multi-award winning bike that’s due to be sold at The Beaulieu Sale on the 3rd of September, if you’d like to read more about it or register to bid you can click here. 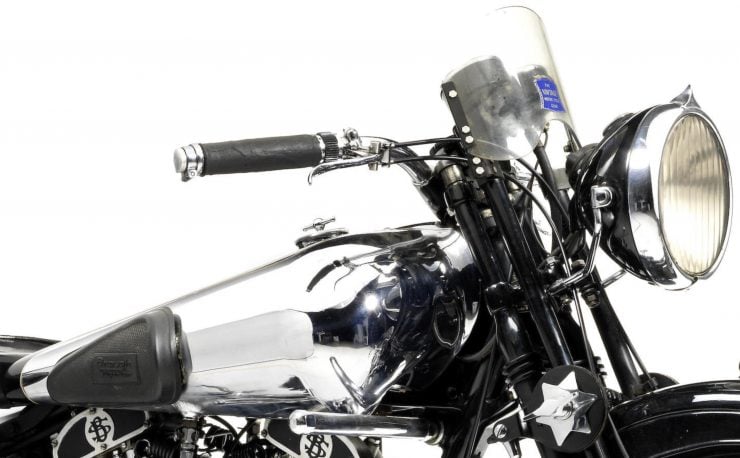 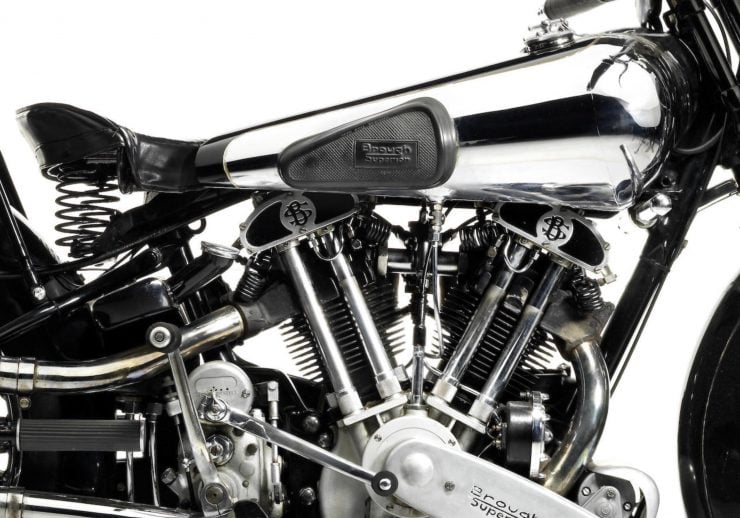 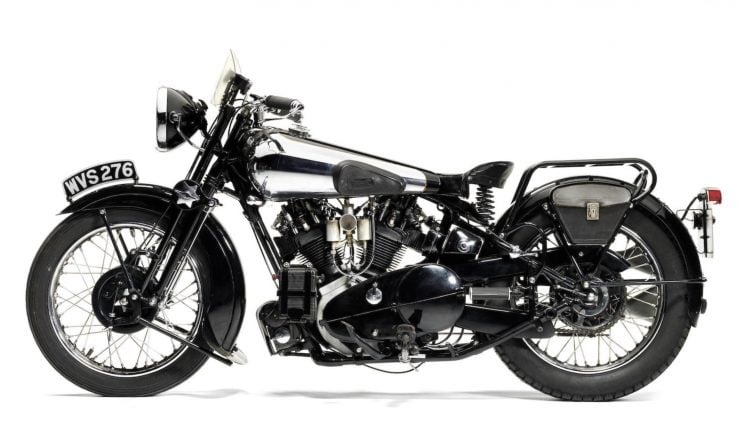 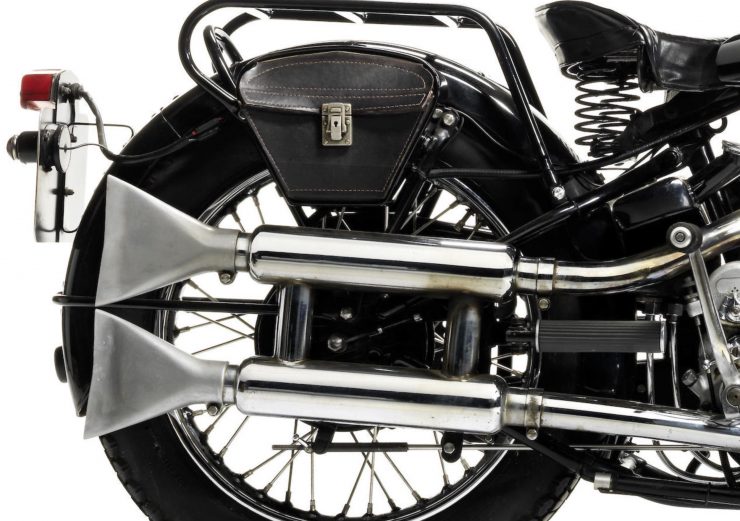 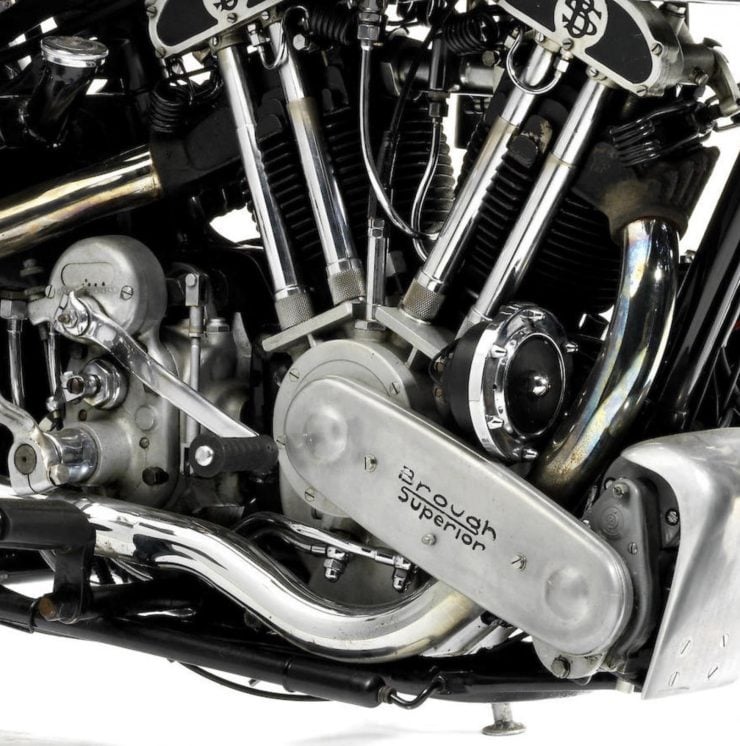 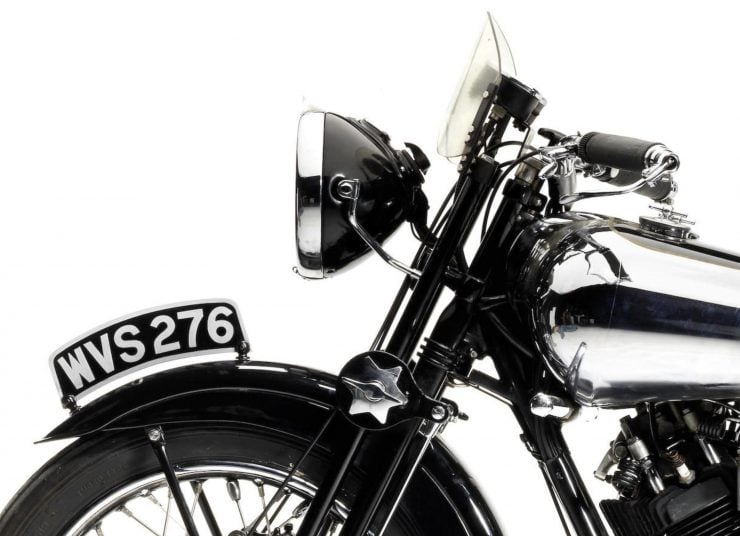 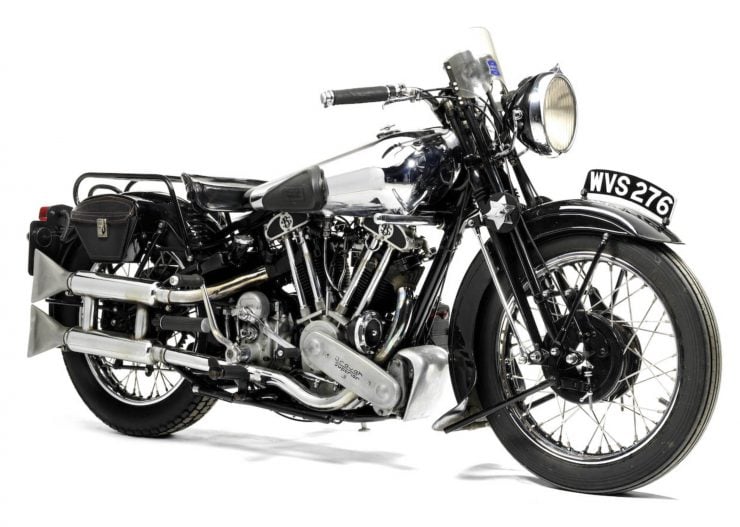 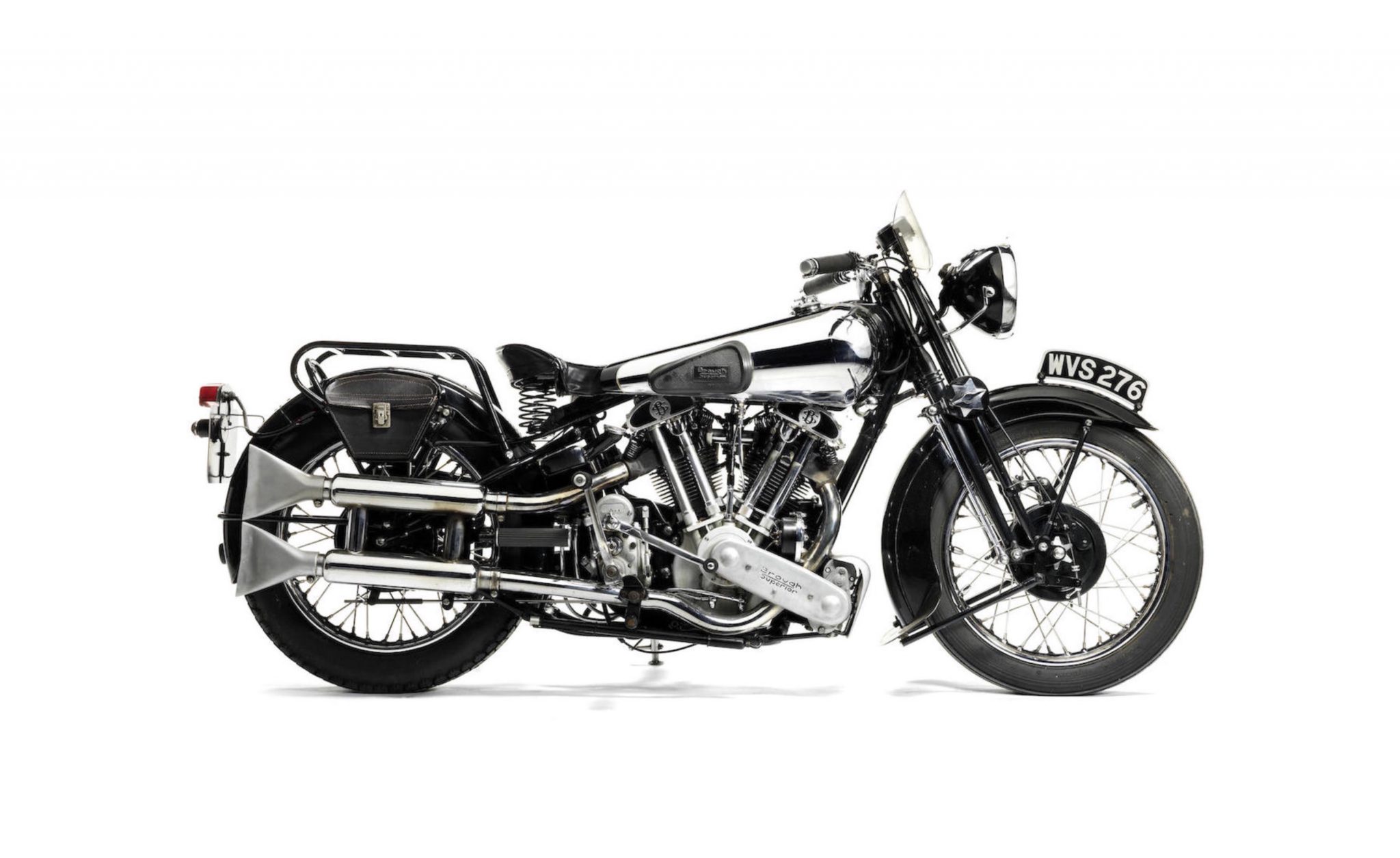