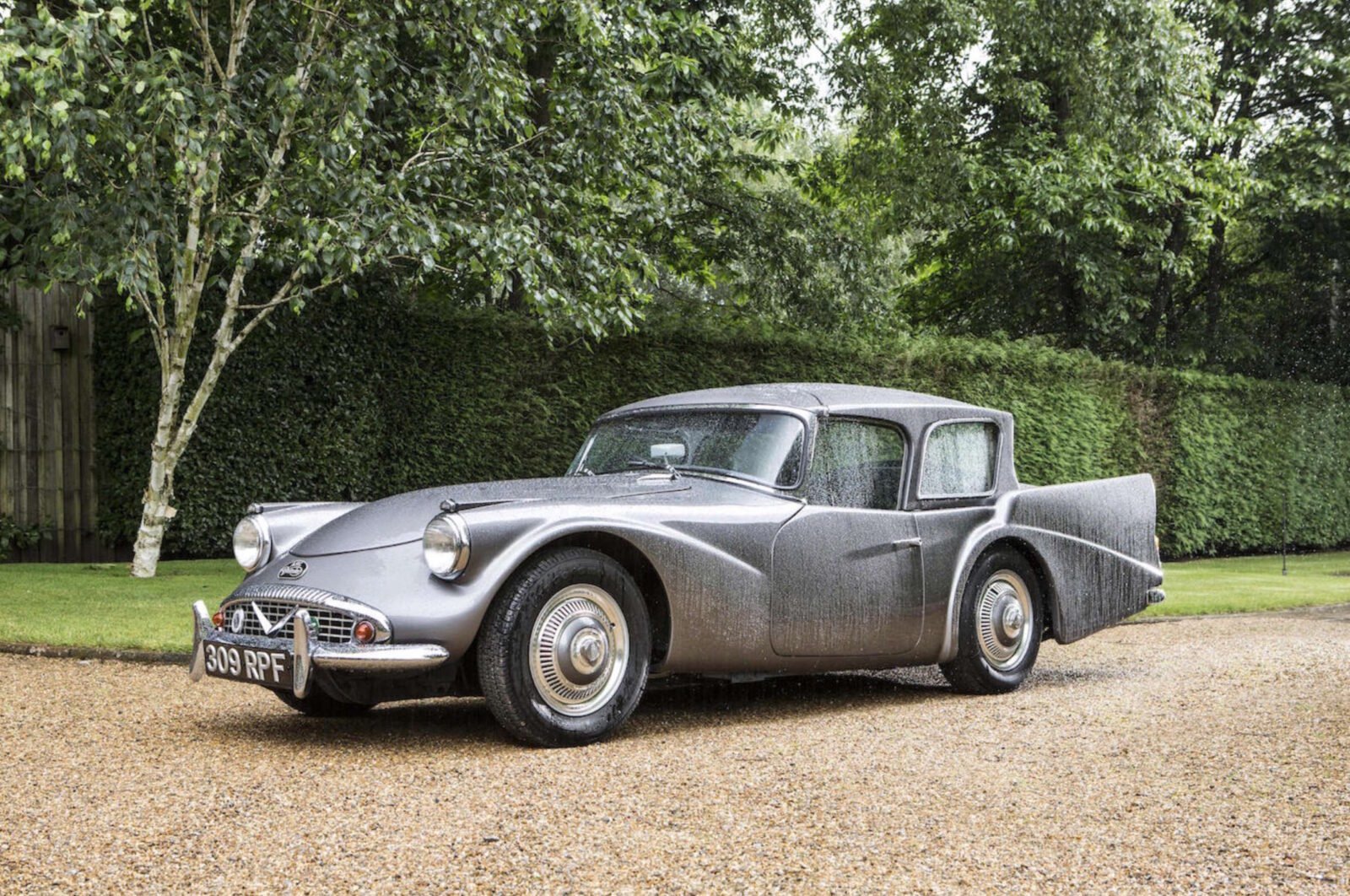 The Daimler SP250 is a car that can’t be written about without first addressing the elephant in the room – its appearance. Although some do love the way it looks, it seems that most really don’t – some even question exactly what the designers were thinking, and how it got approved for production.

Under the skin, the SP250 was actually a decent little roadster for the era. It was fitted with a 2.5 litre V8 designed by Edward Turner – an engineering genius who designed the Ariel Square Four, the Triumph Speed Twin, and a number of other two-wheeled icons. Turner’s V8 was critically acclaimed at its release, and it would later be fitted to the four-door saloon Daimler 2.5 V8.

It was decided to use a fibreglass body for the new Daimler roadster, it was chosen because it’s a lightweight material that also doesn’t need the same costly tooling required to make steel panels. This fibreglass body was mounted to a ladder-type chassis, and unusually for the time – hydraulic disc brakes were used on all four corners.

With a total kerb weight of just 2,070 lb (940 kg), the 140 hp Daimler SP250 was a solid performer – so solid in fact that they were bought by police departments in Britain, Australia, and New Zealand. They were particularly good at cracking down on the then-new scourge of cafe racers – stripped back custom motorcycles that were capable of going well over 100 mph, which was significantly quicker than your average police saloon car.

The SP250 you see here is fitted with a unique hydraulically-powered retractable hardtop – a feature that was patented by a company called AHC, but never made it into production. The system was recently restored to bring it back into working condition, and the car is now the only one like it in the world. It’s spent the past few years on display at the Atwell-Wilson Motor Museum, and is now being offered for sale by Bonhams – if you’d like to read more about it or register to bid you can click here. 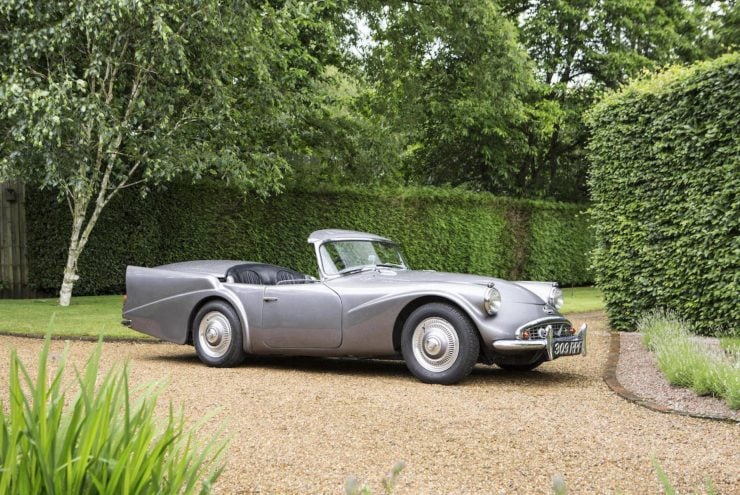 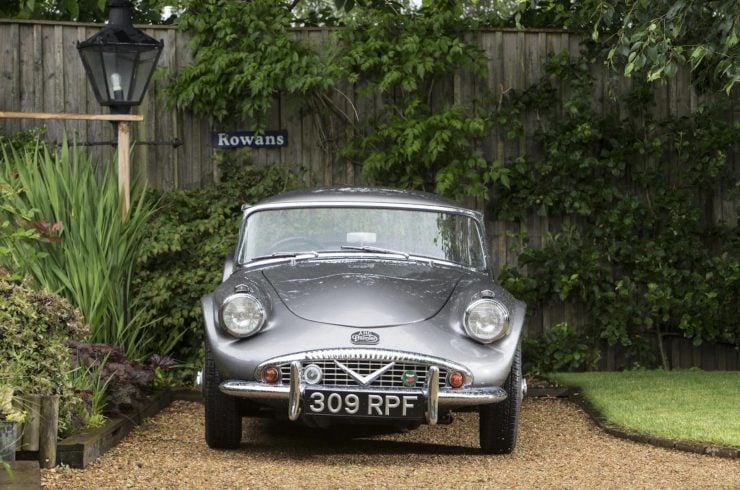 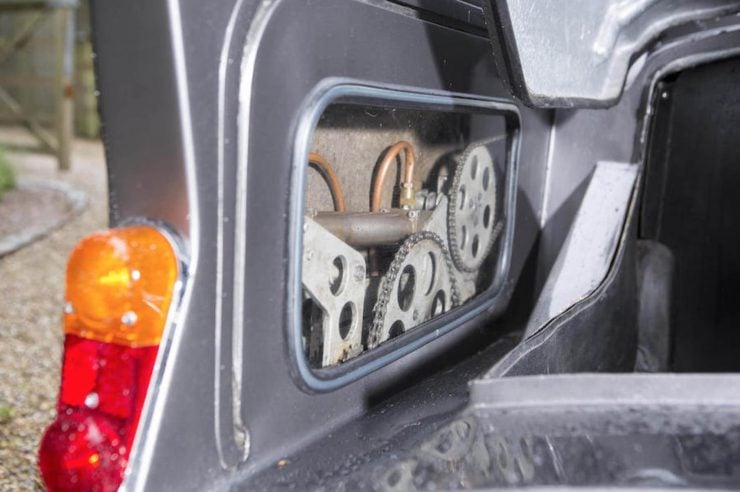 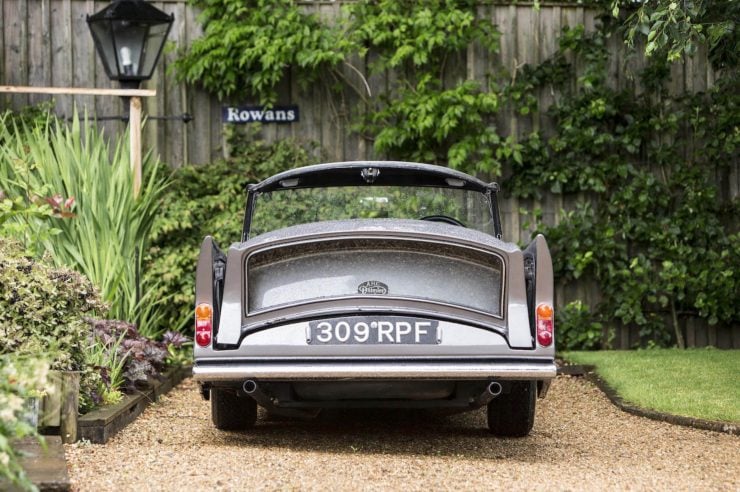 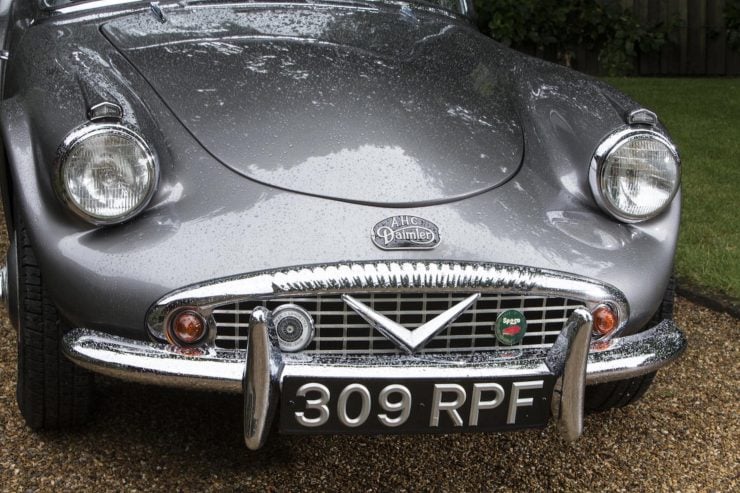 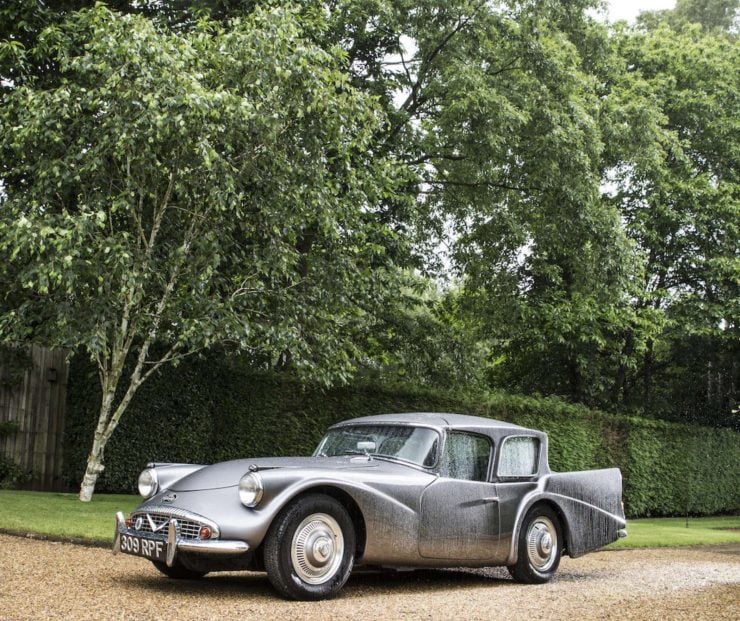 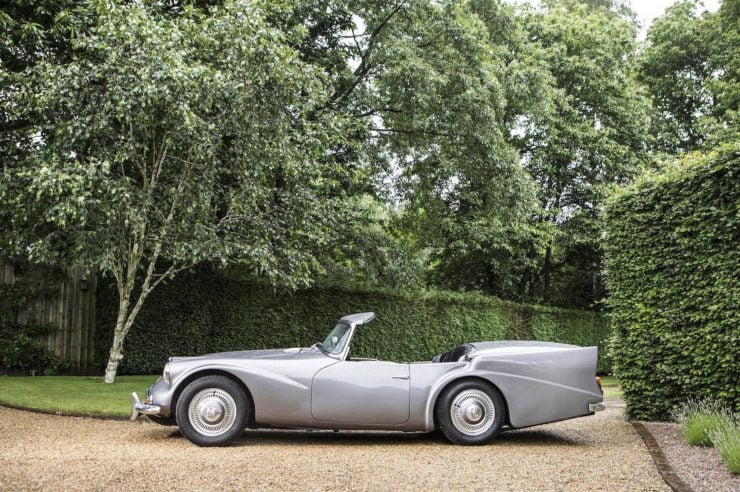 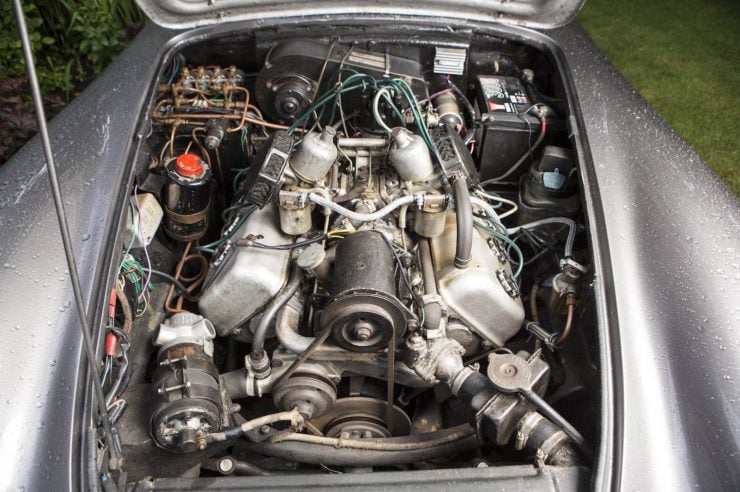 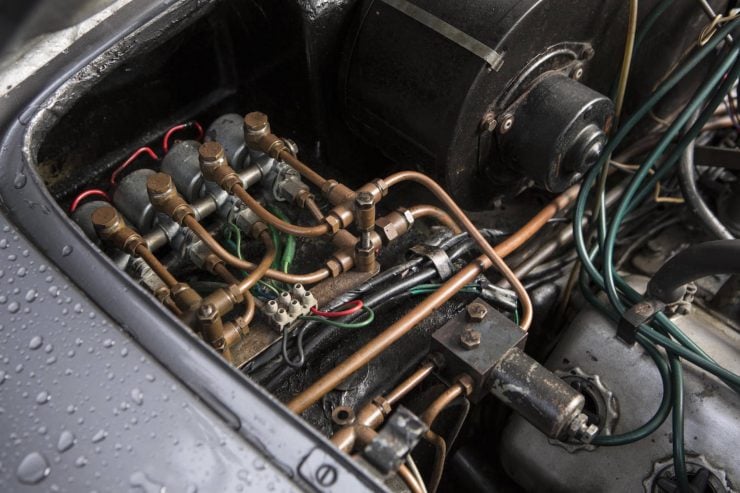 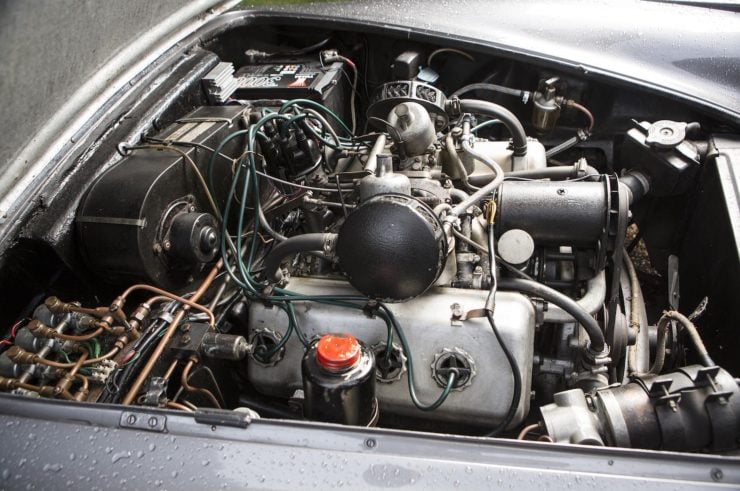 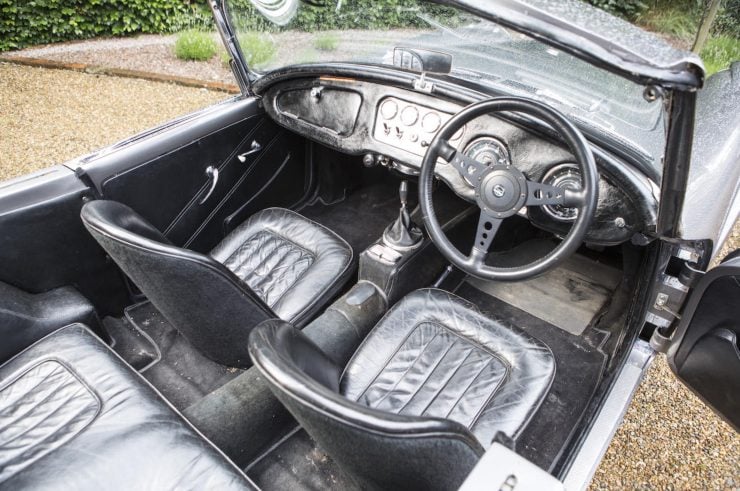 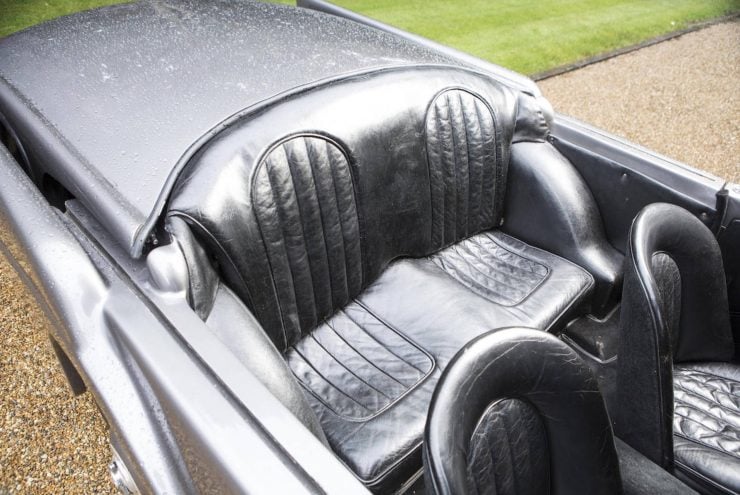 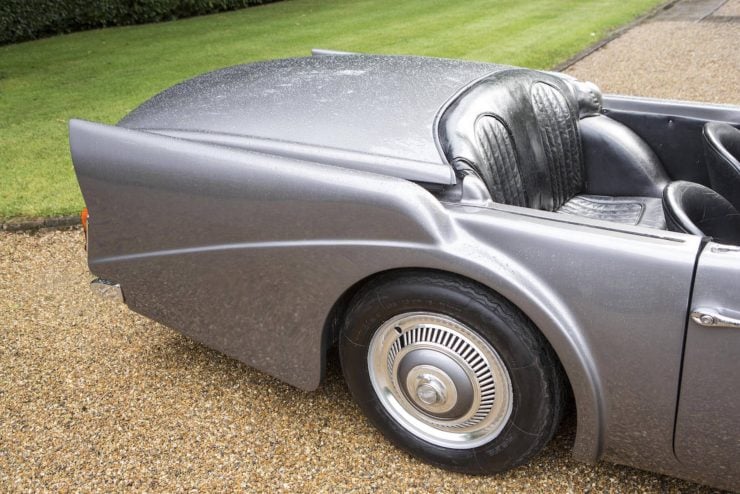 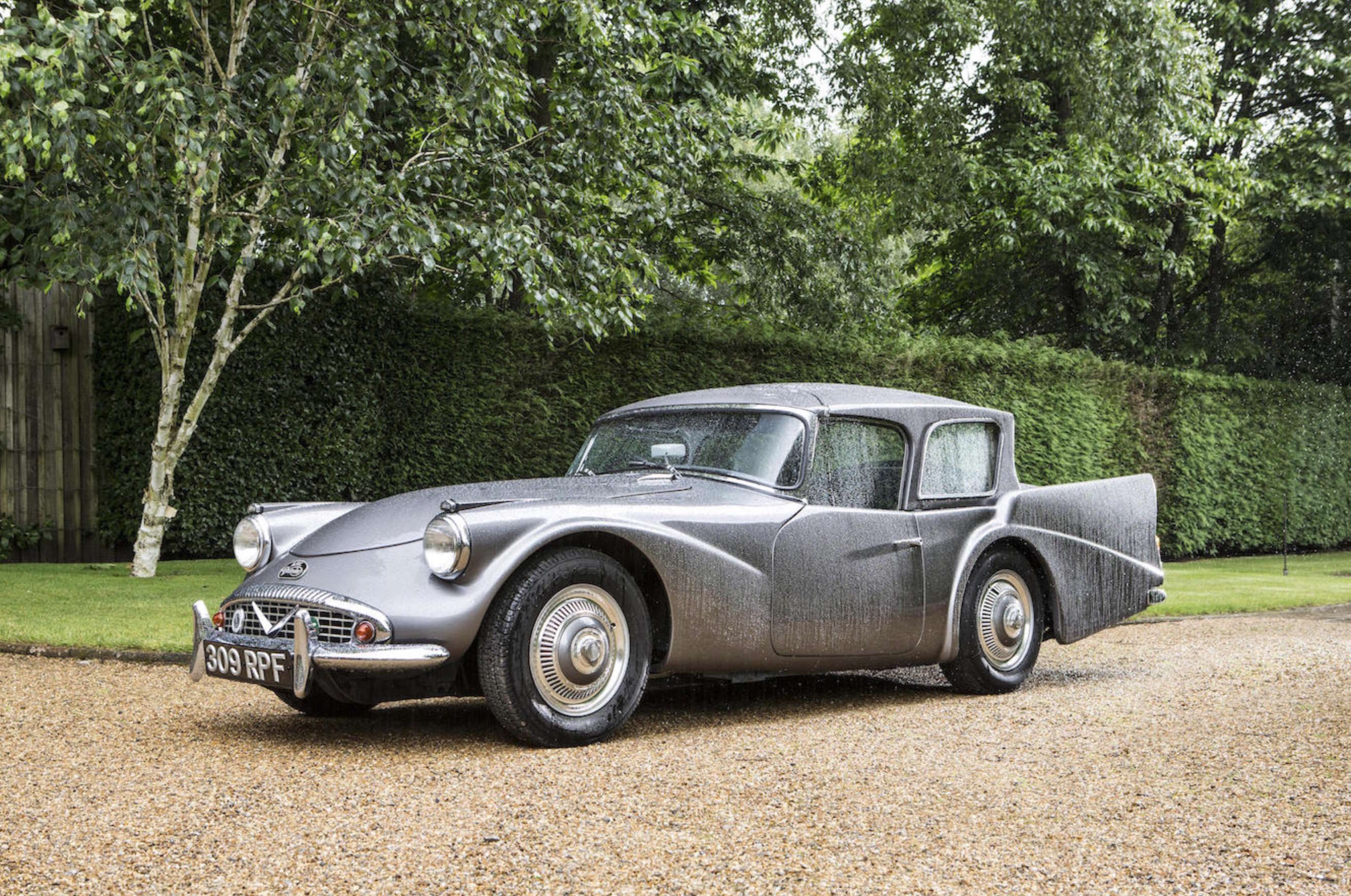