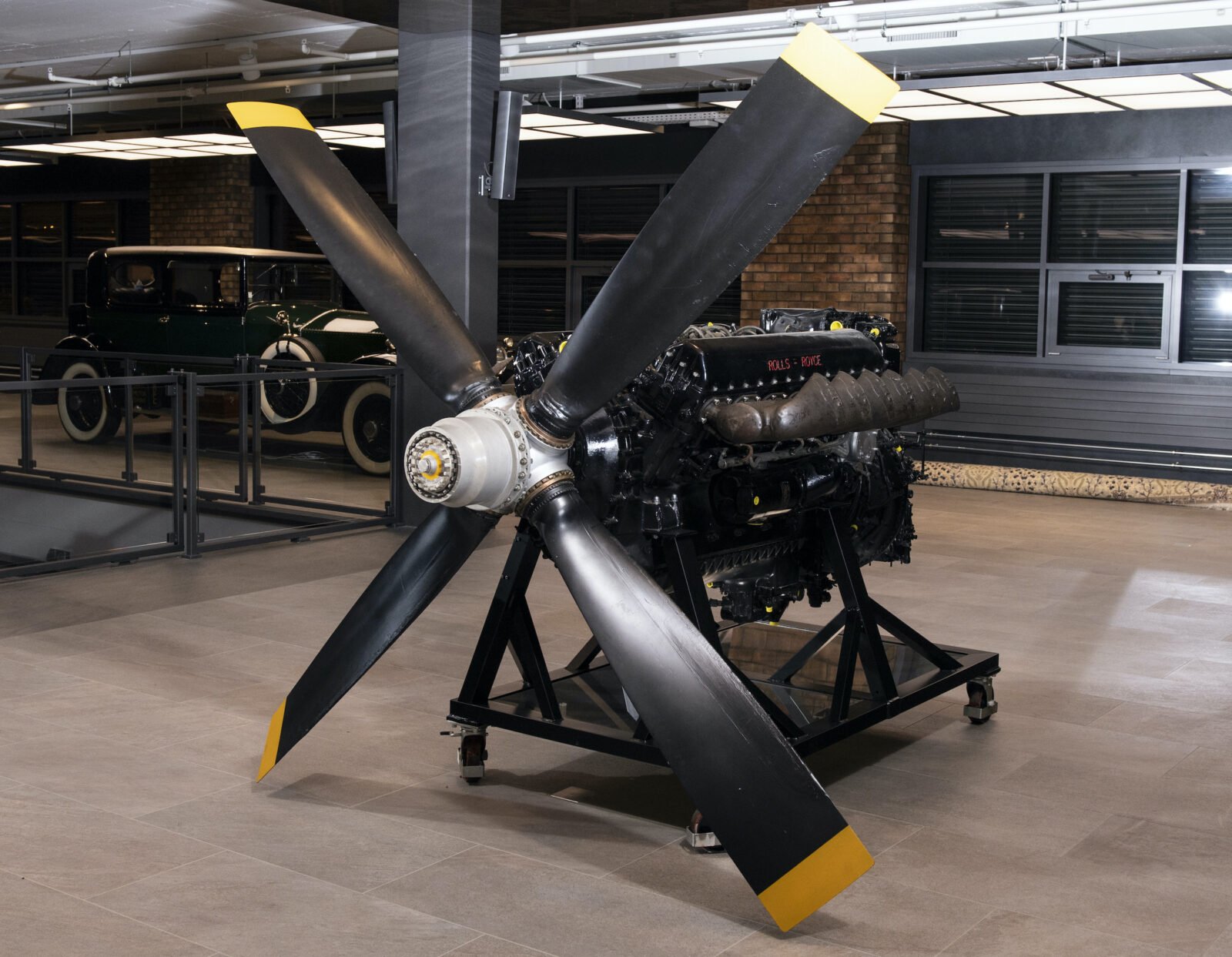 This is a Rolls-Royce Merlin V12 aero engine, or more specifically it’s a Mk.113A model dating from 1946 that was originally fitted to one side of a de Havilland Mosquito. The Merlin is remembered today as one of the most famous aircraft engines of all time and it’s by far the most likely to be known by name by the average, non-aeronautical person.

The engine you see here has been carefully prepared for static display, it was sold in 1994 to noted American Rolls-Royce specialist and restorer, the late Frank Cooke. Once in Cooke’s possession the engine was inspected, one of the heads was replaced and it was noted that one of the camshafts was showing wear at one end.

Now with the addition of a propeller and sitting on a steel display stand on wheels the engine has been fitted with an exhaust system, ignition equipment, and other hardware to complete its presentation for display. 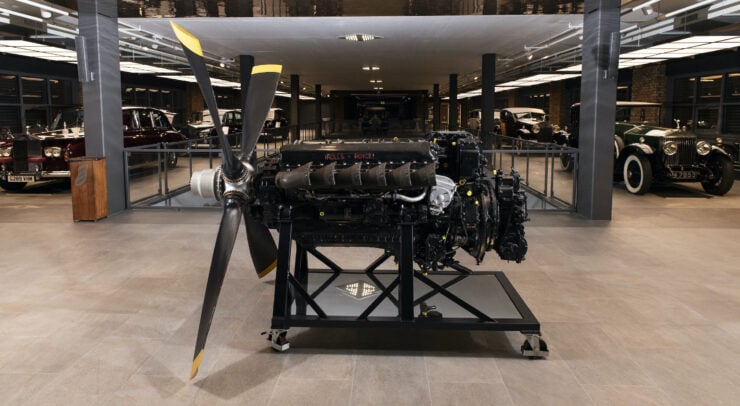 Above Image: The side view of the Merlin, note the two-stage supercharger mounted to the back (right-hand side).

There are specialist companies in the United States and Britain who rebuild and restore these engines to running condition, and there are quite a few Rolls-Royce Merlins (and Packard Merlins) fitted to fully functional warbirds which are used regularly.

Though this engine isn’t currently running there’s nothing to suggest that it couldn’t be set up to run once again with the addition of the required replacement parts and a close inspection by a Merlin expert. Jay Leno famously has a Merlin that he keeps in full running condition, and he loves nothing more than showing it off to guests and telling them about its history.

Above Video: Jay Leno showing his Merlin V12 in action. 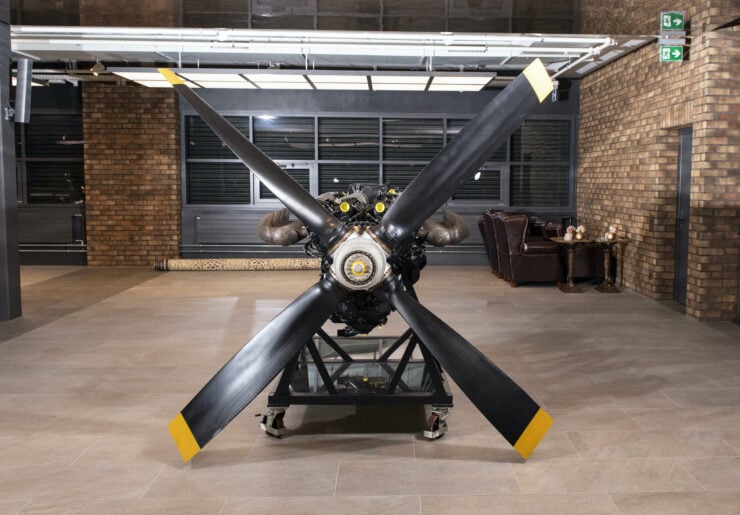 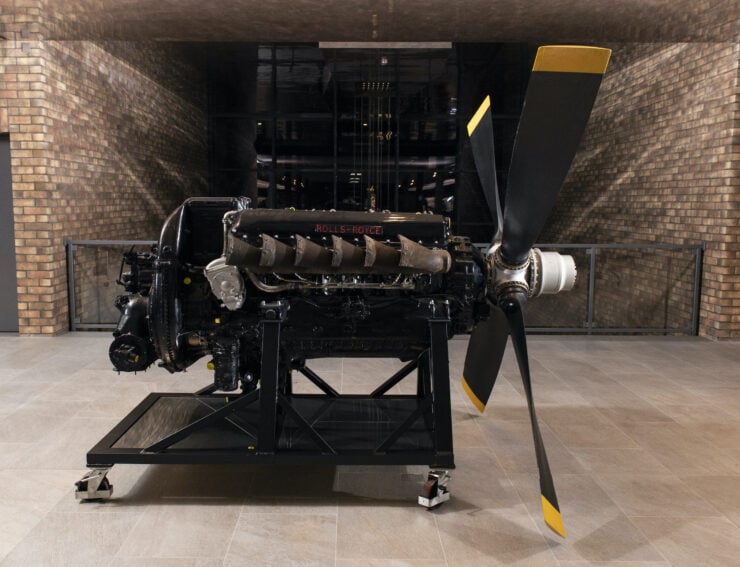 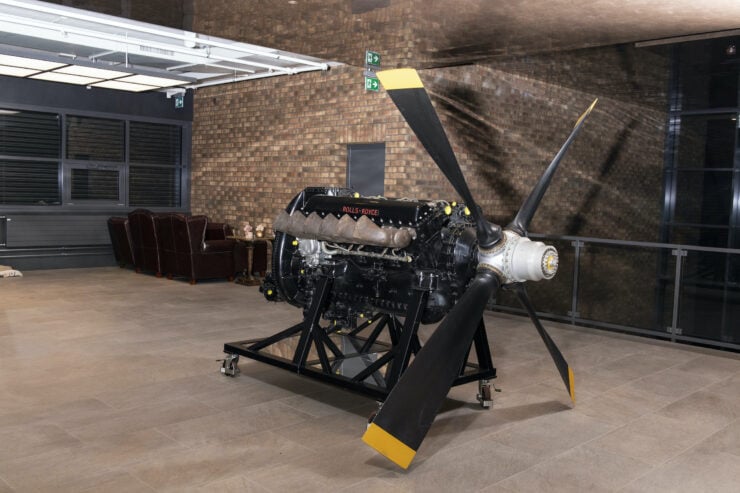 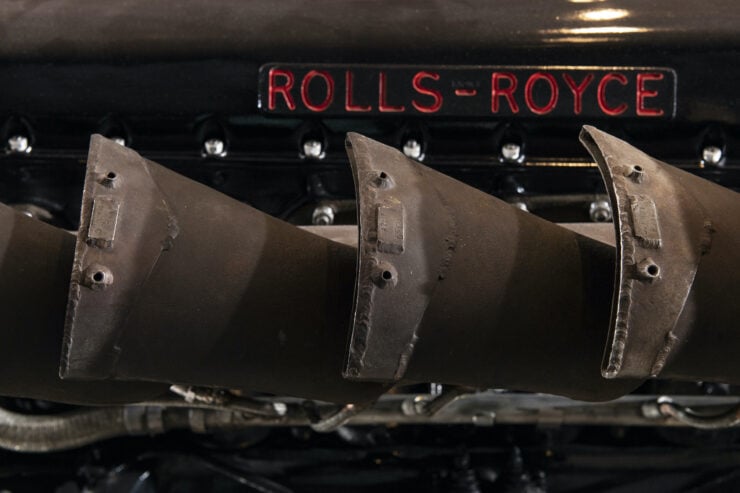 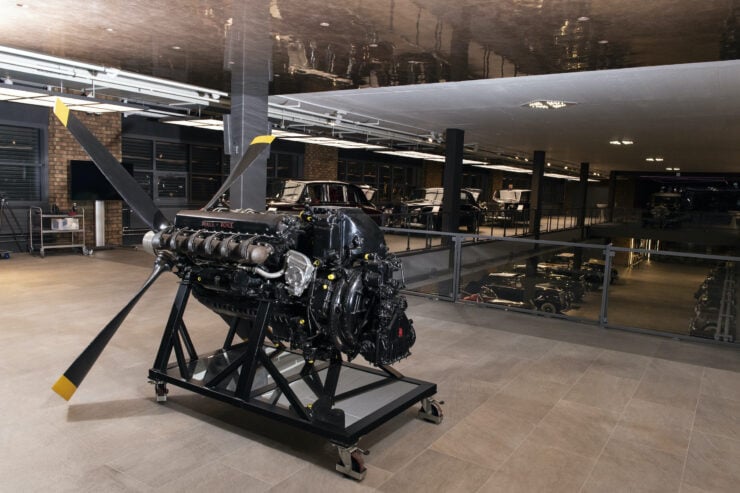 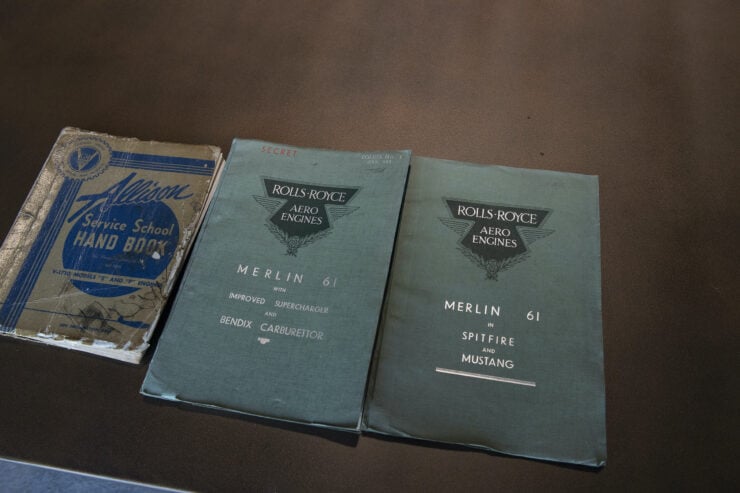