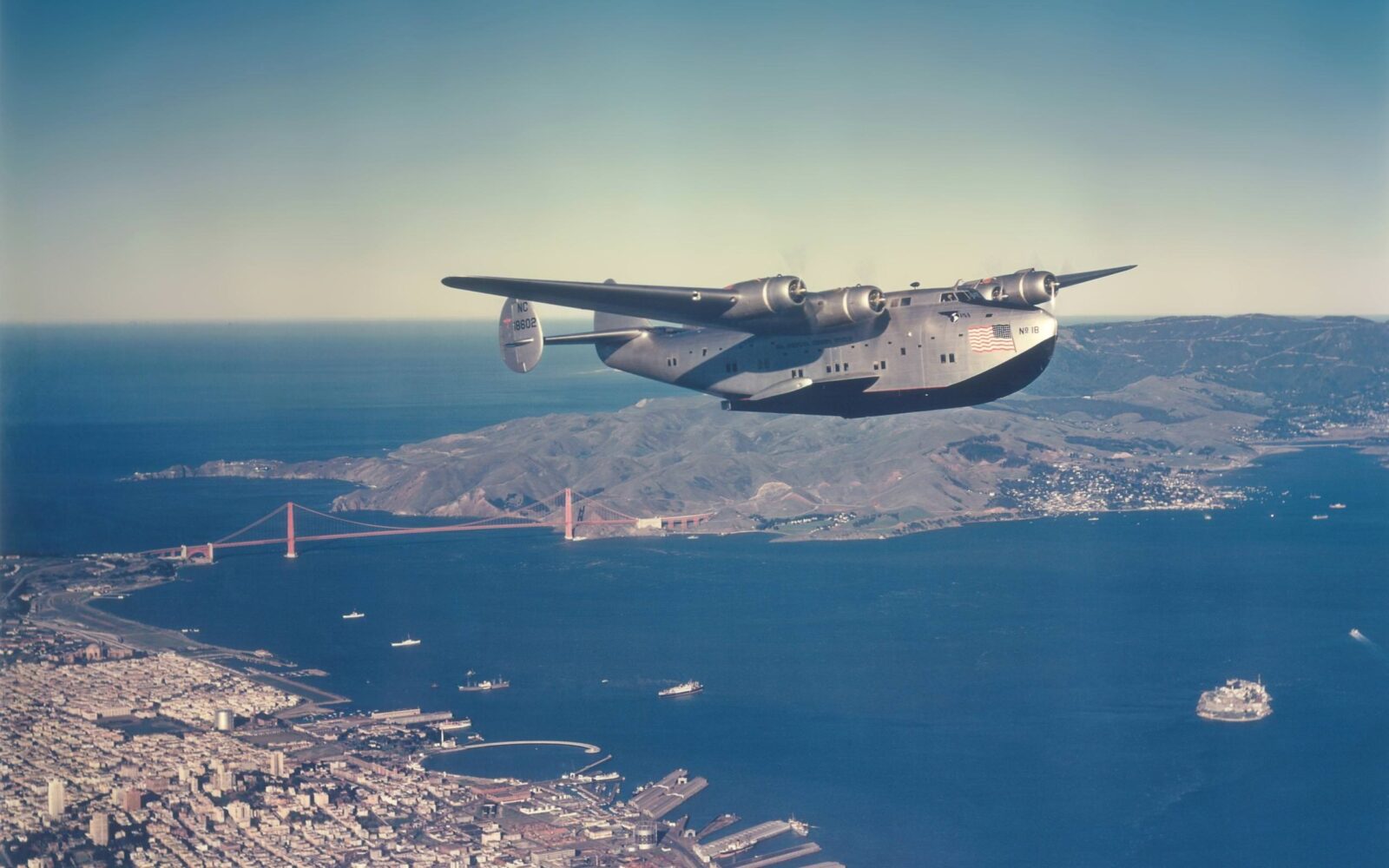 The Boeing 314 Clipper was developed as a long-range flying boat capable of crossing the Atlantic or Pacific Ocean with a capacity of 77 daytime passengers and 36 nighttime passengers, with the seats being convertible into bunk beds.

The first flight of the prototype 314 Clipper took place on the 7th of June 1938, piloted by Eddie Allen – flying in and out of Elliott Bay. The first design had insufficient rudder control so the single vertical rudder was removed and twin rudders were installed on each end of the elevators. This too was found to be insufficient, so the original vertical central rudder was reinstalled – with three rudders the aircraft handled well, and Eddie Allen signed off on it. 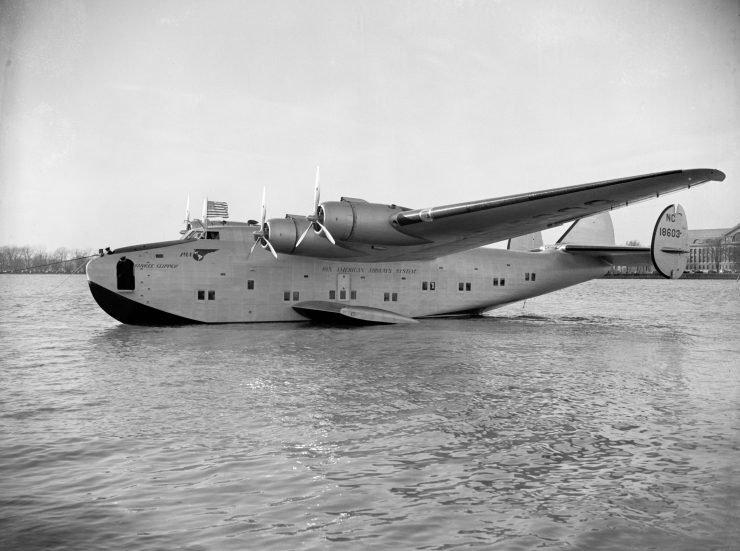 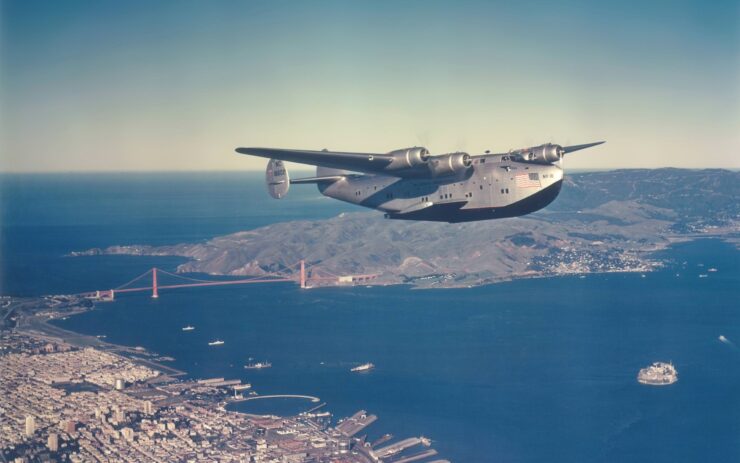 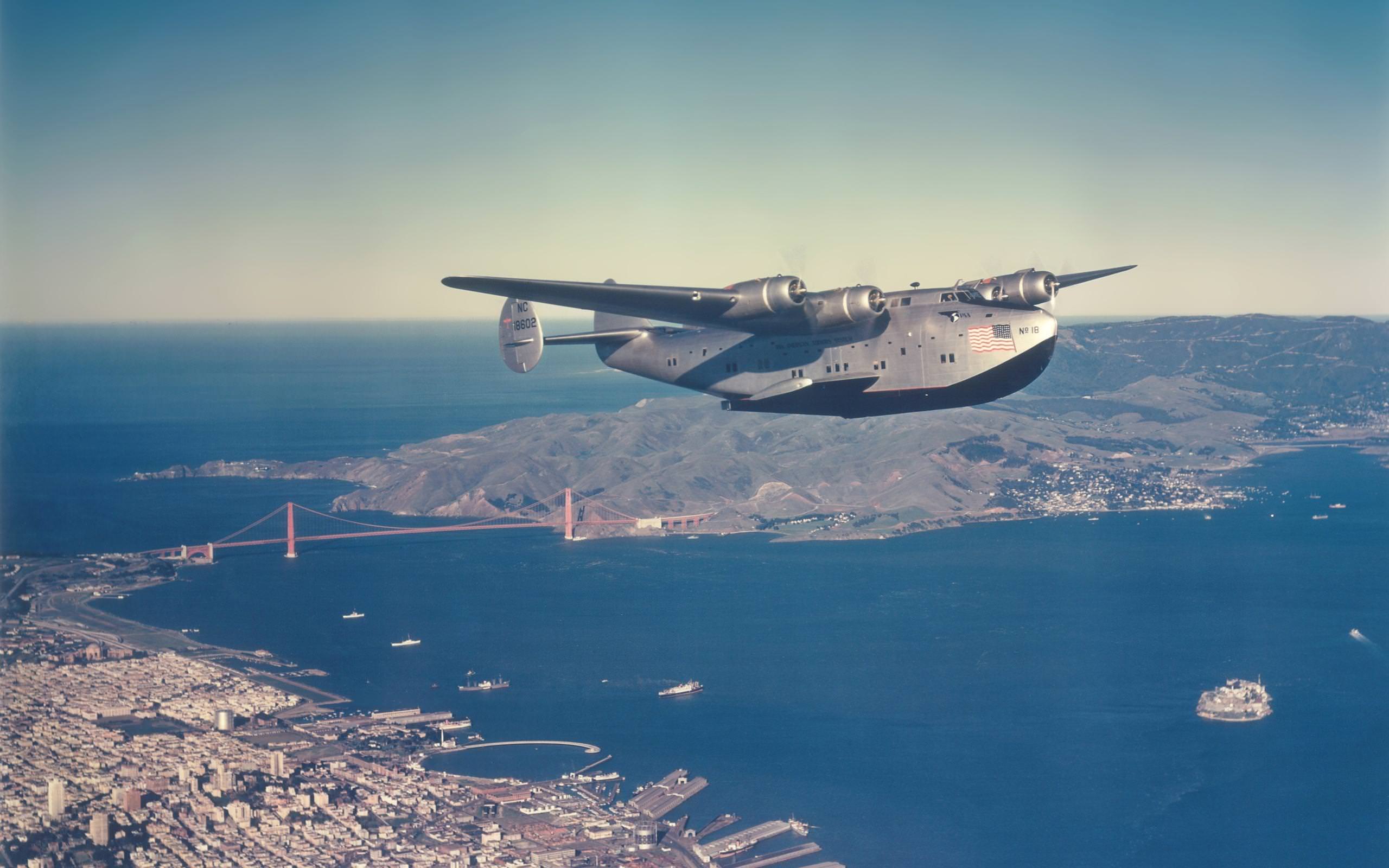