The BMW Volkswagen Fikobike is a one-off custom motorcycle built by Dallas oilman Lee Fikes in the autumn of 1967. He had a BMW R60 but its 600cc horizontally opposed twin wasn’t producing as much power as he wanted, so he embarked on a project to install a modified 1500cc Volkswagen flat-4.

Fikes had bought the BMW to ride to the Yucatan Peninsula on his honeymoon, the eastern-most part of Mexico that contains the cities of Cancún, Mérida, and Playa del Carmen. His reasoning was that the original 600cc engine wasn’t going to be powerful enough to carry two people and their luggage. Of course, it almost certainly would be powerful enough, but there’s no denying an engine that was over double the size and at least twice as powerful would be a lot more fun.

The other possible motivation for fitting the VW engine was the fact that Mexico had their own VW Beetle factory and there were countless Volkswagens on the road throughout the country. This means that local mechanics all know their way around the engine with their eyes closed, and spare parts would be locally available – not something that could be said for the BMW R60 engine.

Over the years the humble VW flat-4 has been installed into a truly astonishing range of machinery, from kit planes and beach buggies, to tractors, boats, and motorcycles. The key to the engine’s success largely comes down to its simple design, compact size, and ease of maintenance. Considering the fact that the engine was originally designed in the mid-1930s it’s had an extraordinarily long lifespan, remaining in production in various forms as the engine for the VW Beetle from 1938 till 2003.

When Lee Fikes found a suitable VW engine for his BMW he decided not to leave it stock, instead the engine was fitted with a series of performance parts to boost performance, including a set of rare and highly sought after finned-alloy Thomas Tomahawk valve covers to aid with cooling.

One of Fikes’ hobbies was working on a Sherman tank, so there can be little doubt that he knew his way around an engine bay. Once he was finished with his new VW motor it was comparable to a flat-4 Porsche engine in power output, and an owner of Fikobike after Fikes claimed that the VW engine sounds like an Offenhauser Indy engine as it barks at idle.

The modifications to the Fikobike didn’t end with the new engine, a new twin headlight set up was fitted with a bespoke cowling fitted with a slew of gauges including speedometer, tachometer, ammeter, oil pressure, and oil temperature. There’s also a Harley-Davidson cylinder head temperature gauge mounted to the handlebars.

Front and rear brakes are the original BMW drums with two shoes up front and one in the rear, the front suspension is the original Earles fork design, and there is a standard twin shock absorber rear. There’s a luggage rack on the back of the bike as well as seating for two – ready for the bike’s next overland trip to the Yucatan Peninsula.

After his honeymoon expedition Fikes was a regular sight on the streets of his hometown of Highland Park, Illinois and the unmistakable sound became well-known to his neighbours. Eventually he sold the bike on to a new owner, and today the Fikobike remains in excellent and original overall condition ready for its next owner.

If you’d like to read more about the Fikobike or register to bid on it you can click here to visit the listing on RM Sotheby’s. It’s due to roll across the auction block in late September and it’s being offered without reserve. 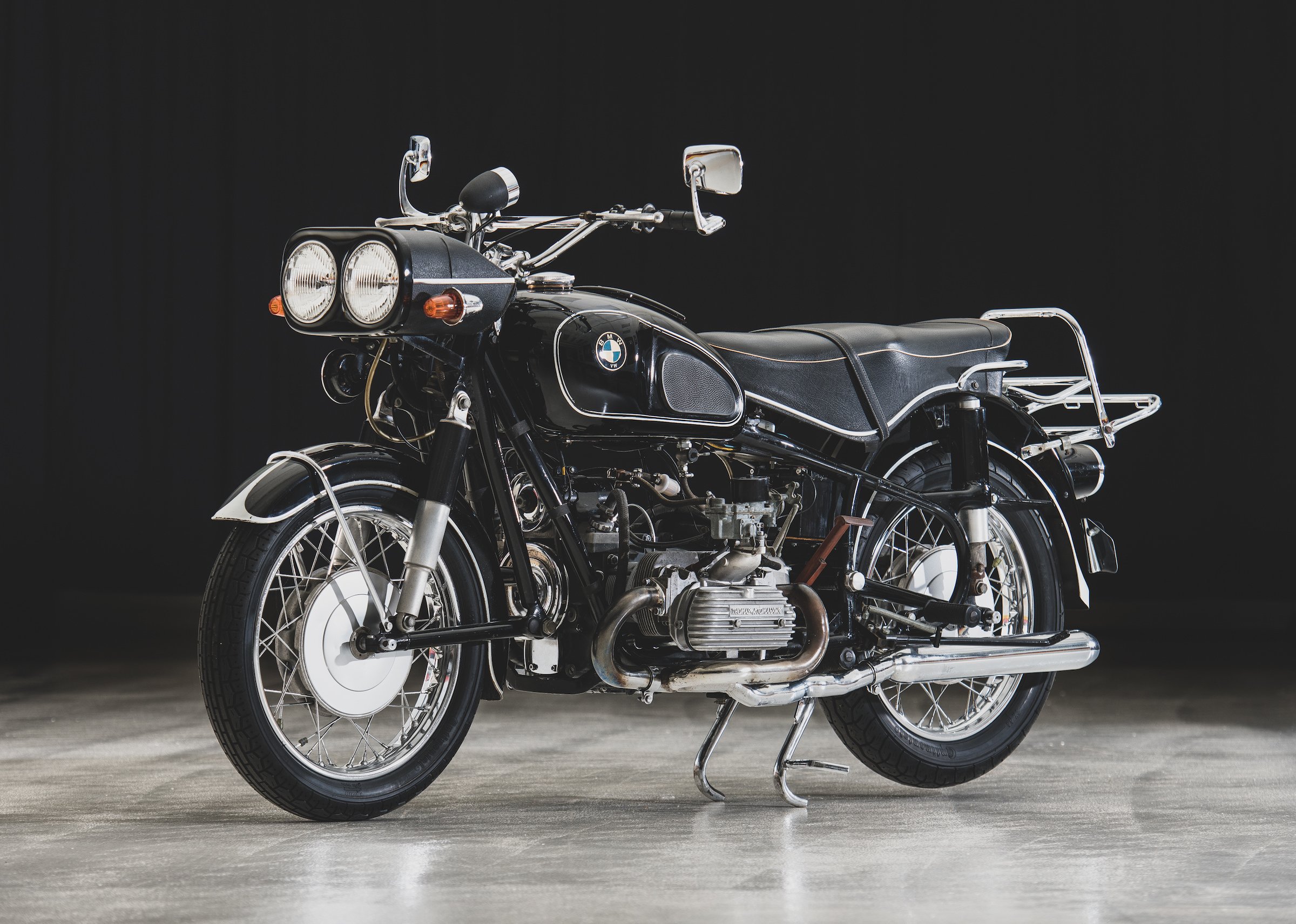