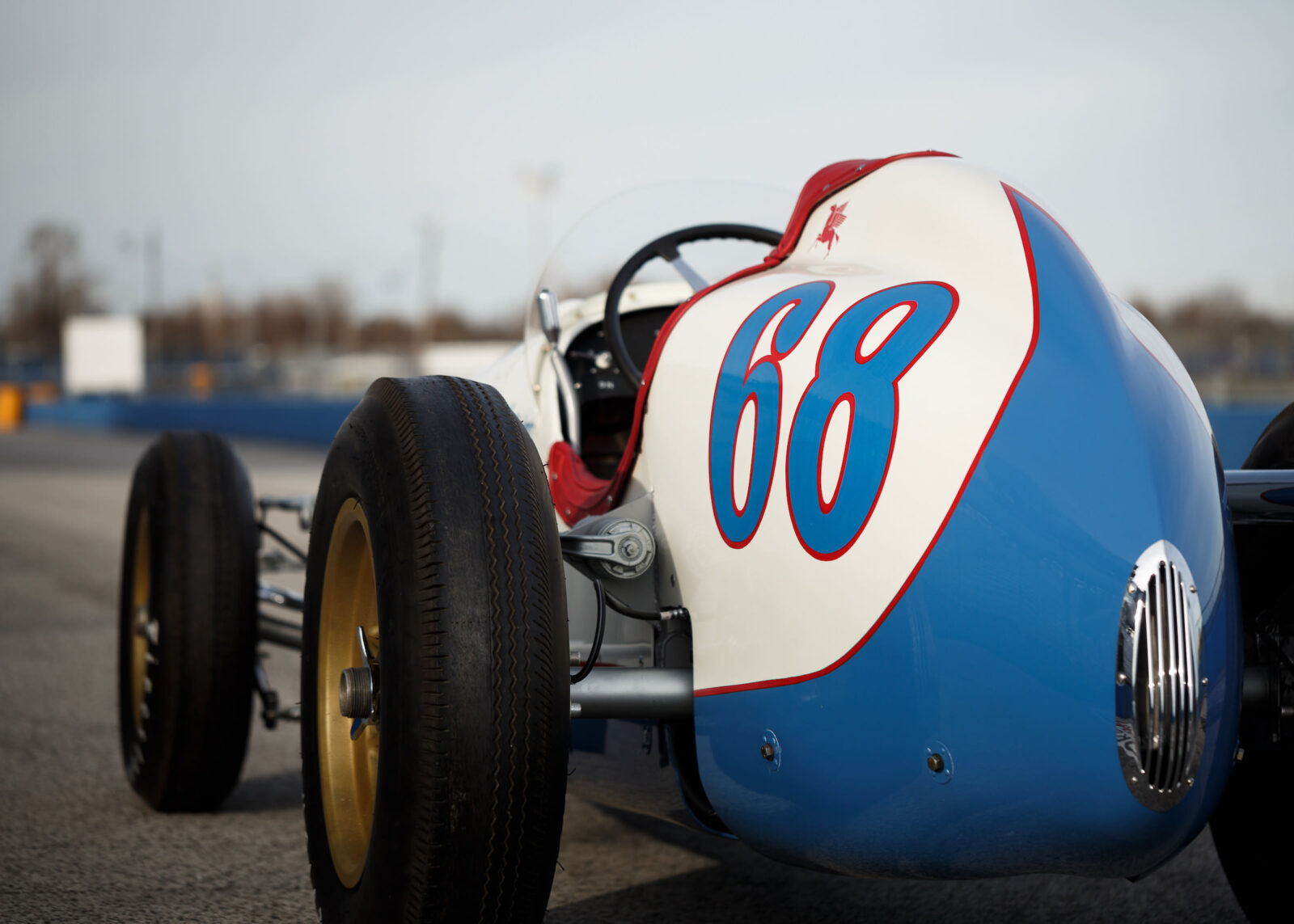 The 1952 Kurtis KK4000 you see here is one of approximately twelve that were built originally, and it took part in no fewer than six Indianapolis 500 races from 1952 to 1956.

Interestingly, this is that car that was driven by Ed Elisian at the famous 1955 Indy 500 where it became the only car to ever qualify after the final qualifying gun had sounded – there had been a mix up during the official session and Elisian had been given special permission to take to track after 7pm to see if he could set a time that would qualify him for the race.

Elisian managed an average speed of 153.33 mph, it qualified him for the race and the press dubbed it “The Midnight Ride of Ed Elisian” – accompanying their stories with pictures of his delighted pit crew holding up lanterns.

The 1955 race would be a fateful one for the favorite to win his third consecutive Indy 500, Bill Vukovich. He would be involved in an horrific accident that saw his car launched into the air and land upside down – killing him instantly. Elisian saw the crash and skidded his car, the Kurtis KK4000 shown here, to a halt and raced over to try to help Vukovich – though sadly to no avail.

Elisian became the only driver in the history of the Indy 500 to stop during a race to help another driver, and he was given a sportsmanship award for his efforts. 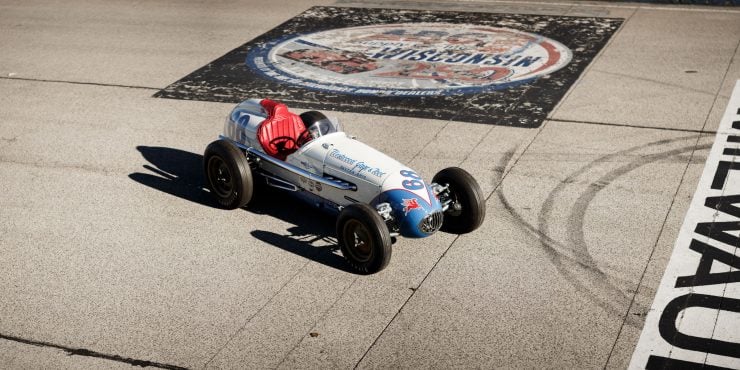 Kurtis Kraft and the Kurtis KK4000

The Kurtis KK4000 was first introduced in 1951 as a lighter version of its immediate forbear – the Kurtis 3000 Series. As with many of the American open-wheeled racing cars of the time, the KK4000 was a simple design, and very effective at its task – oval track racing at high-speeds, often for prolonged periods of time.

As with many cars built by Kurtis Kraft, and many other American racing car manufacturers, the KK4000 was fitted with a 270 cubic inch Offenhauser inline-4. This was an advanced for the time engine with double overhead cams, 4-valves per cylinder, and a unit construction design that meant there was no separate head. As a result of this the engines could have their compression ratios pushed to 15:1 or higher, and in later years they’d be ideally suited to forced induction.

The front-mounted (technically front-mid-mounted) Offenhauser sits in a truss-tubular chassis with a beam front axle and a live rear axle. Impressively the team at Kurtis saw the writing on the wall, and opted for four-wheel disc brakes at a time when most were still building bigger and bigger drums. The simple cockpit featured a steering wheel, three pedals, and a gear lever – the latter of which can choose between just two cogs, one for the pits and one for the track.

If you’d like to read more about this car or register to bid you can click here to visit the listing on Bonhams. It has an estimated value of between $275,000 and $350,000 USD, and it’ll be offered for sale at the Amelia Island Auction on the 8th of March. 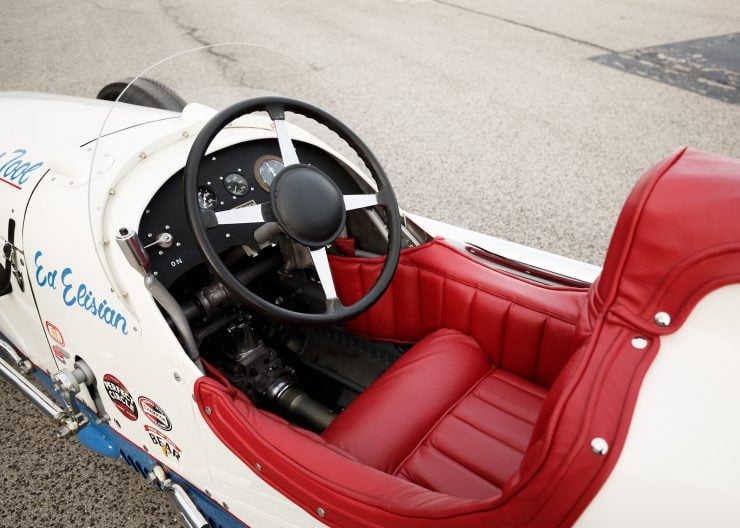 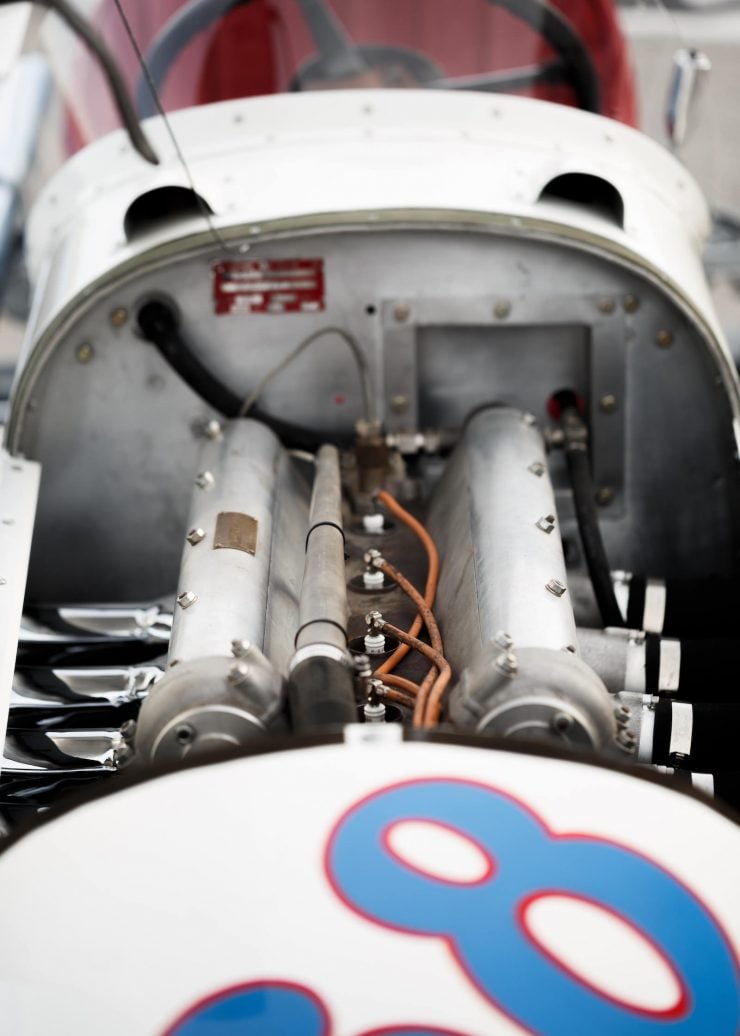 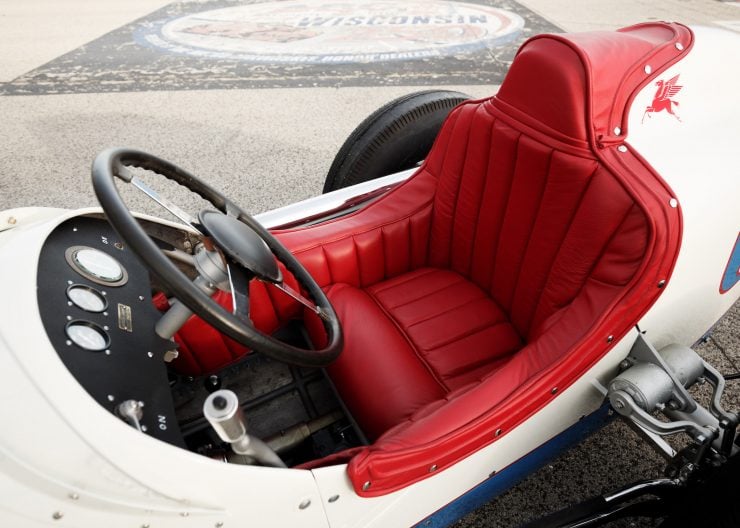 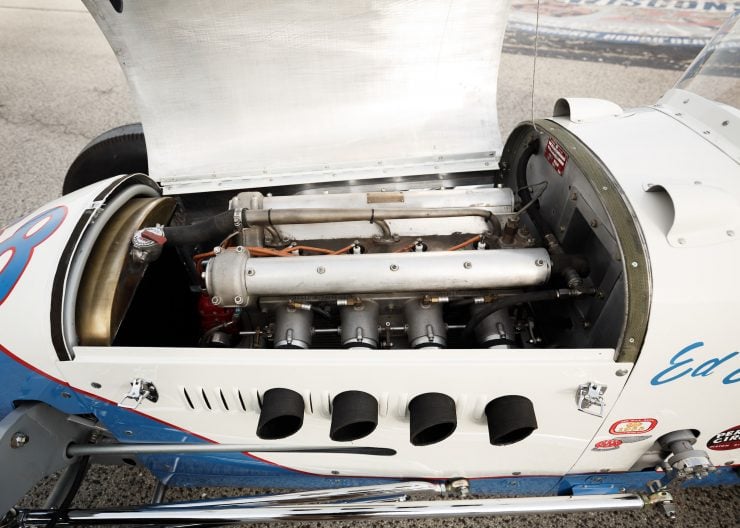 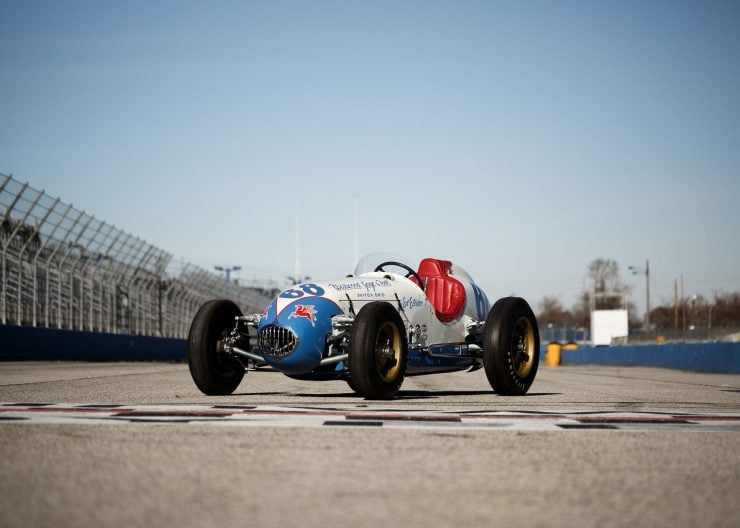 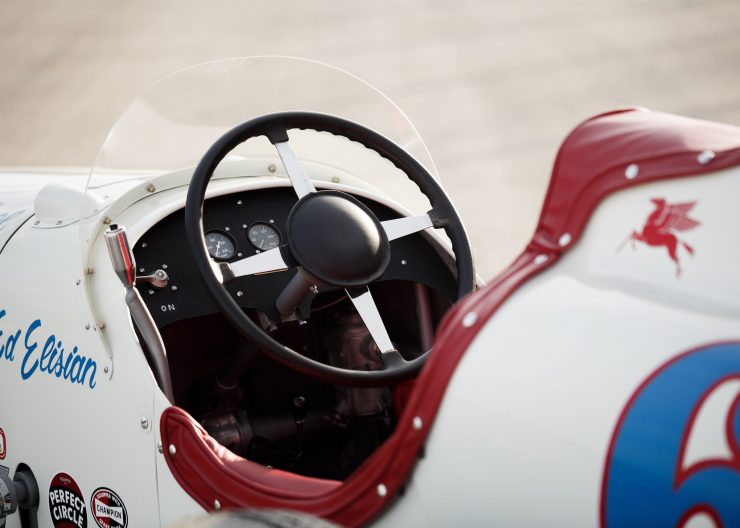 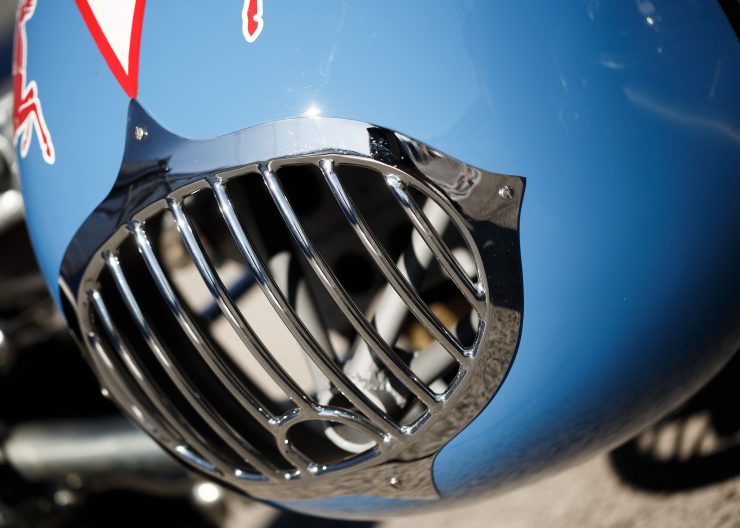 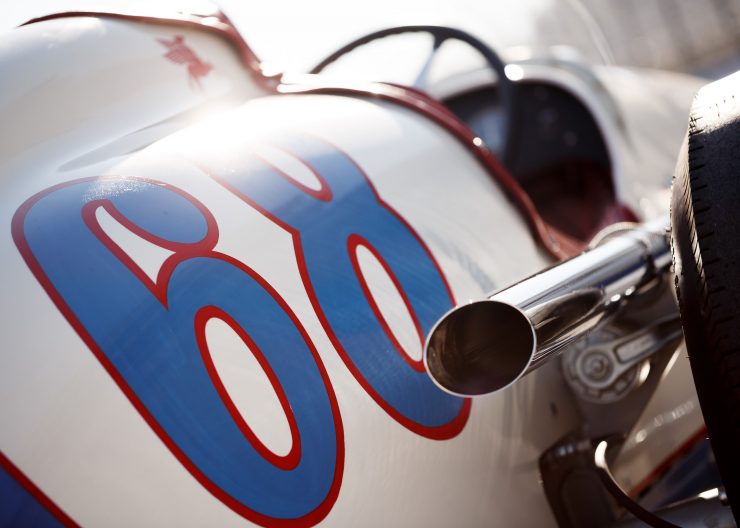 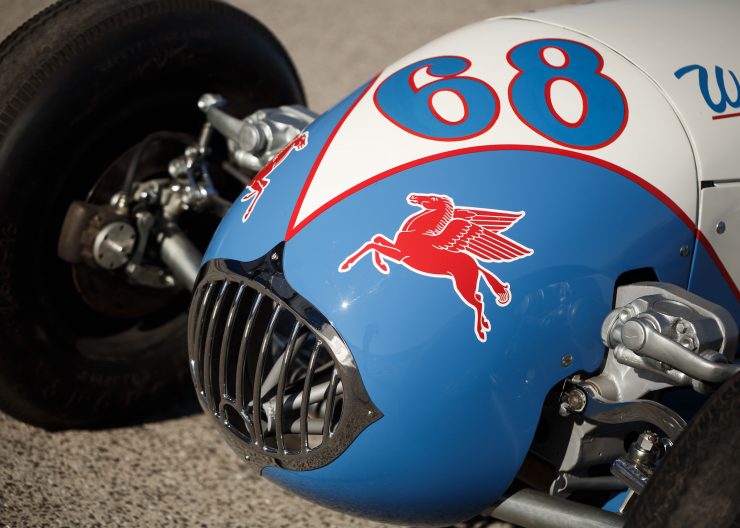 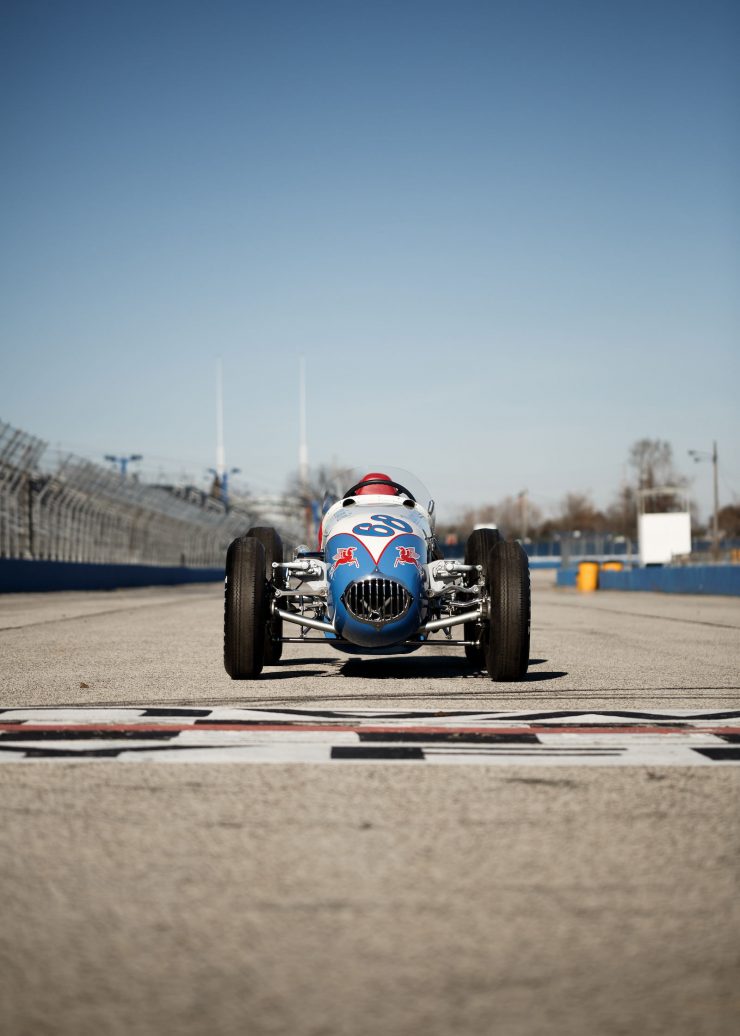 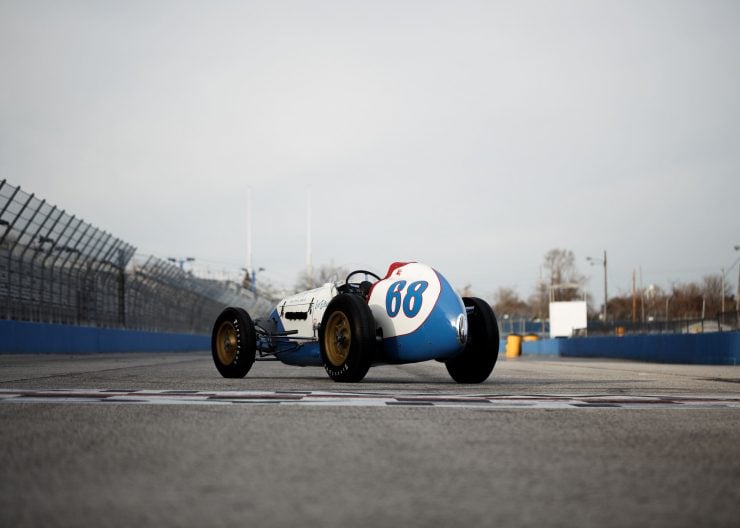 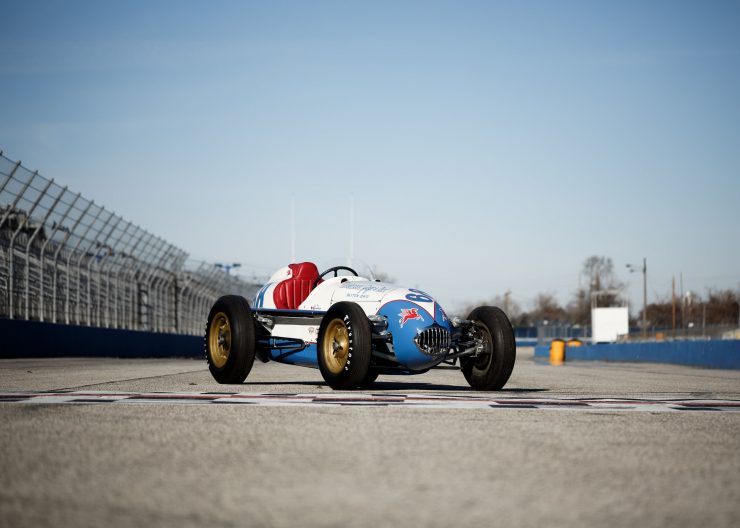 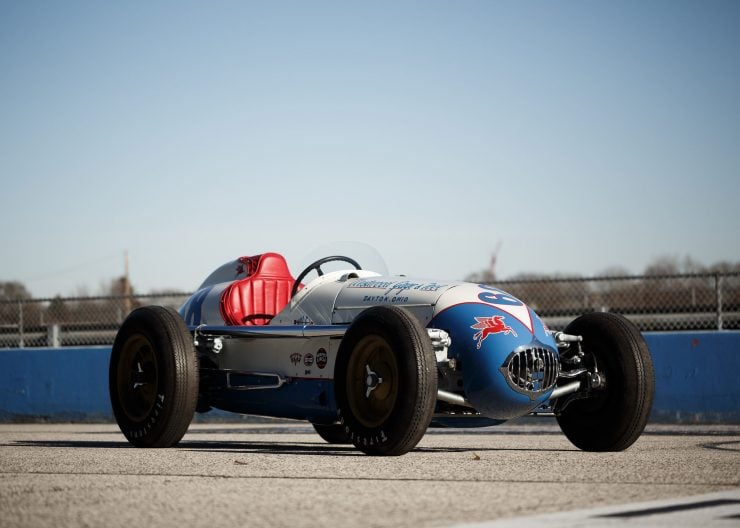 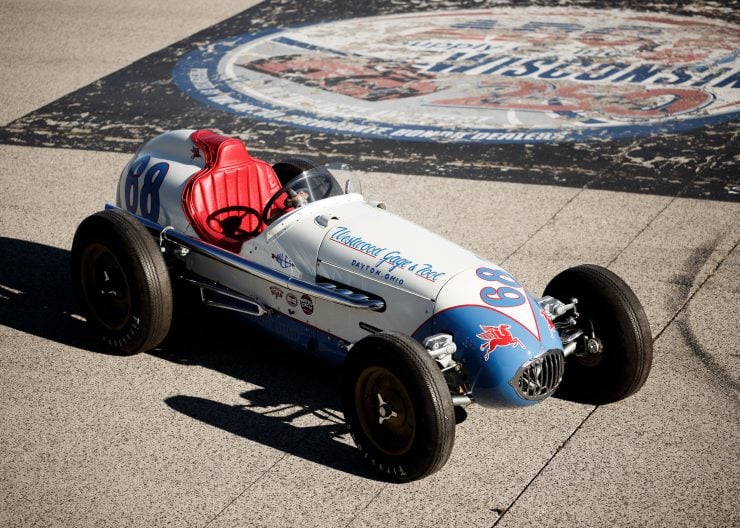 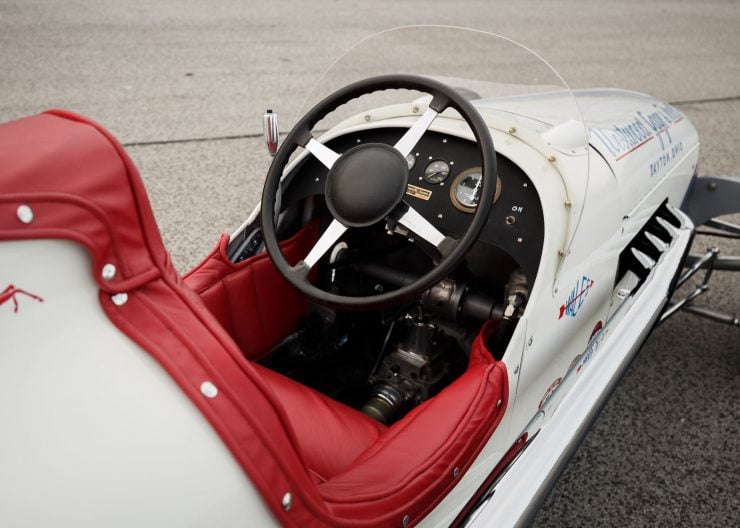 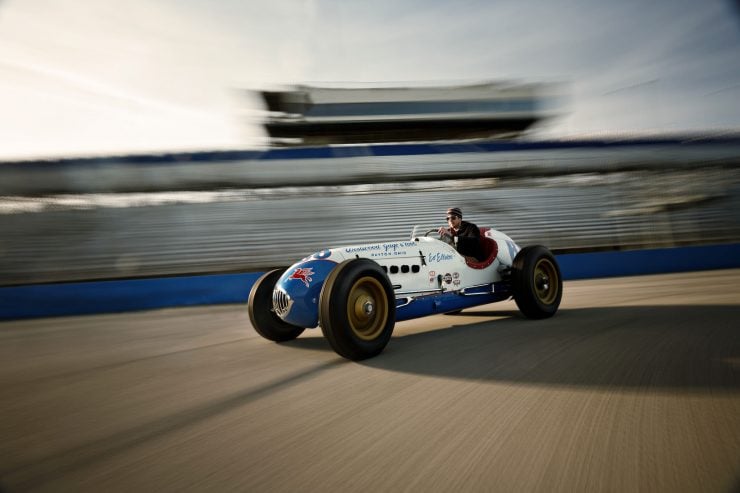 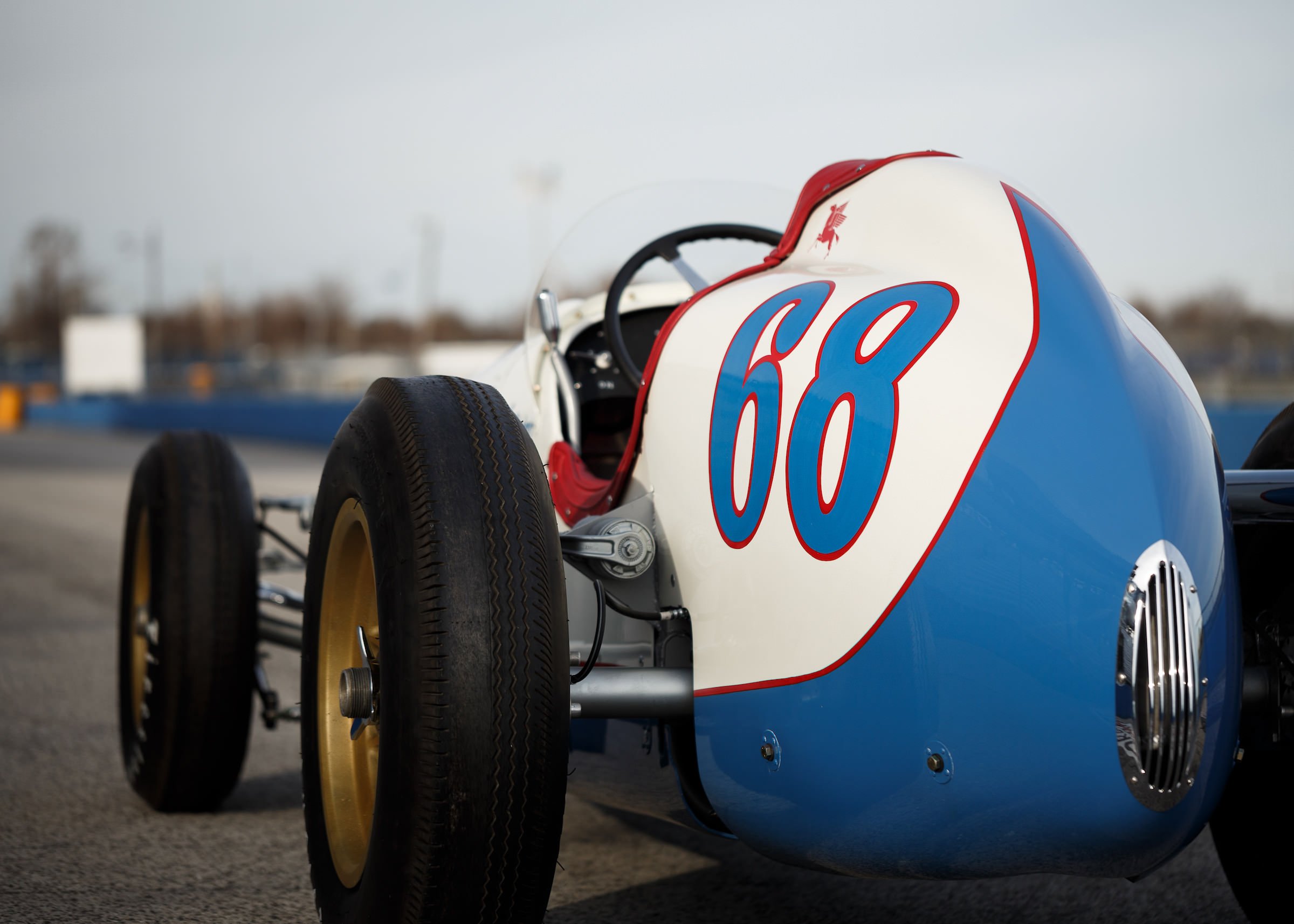