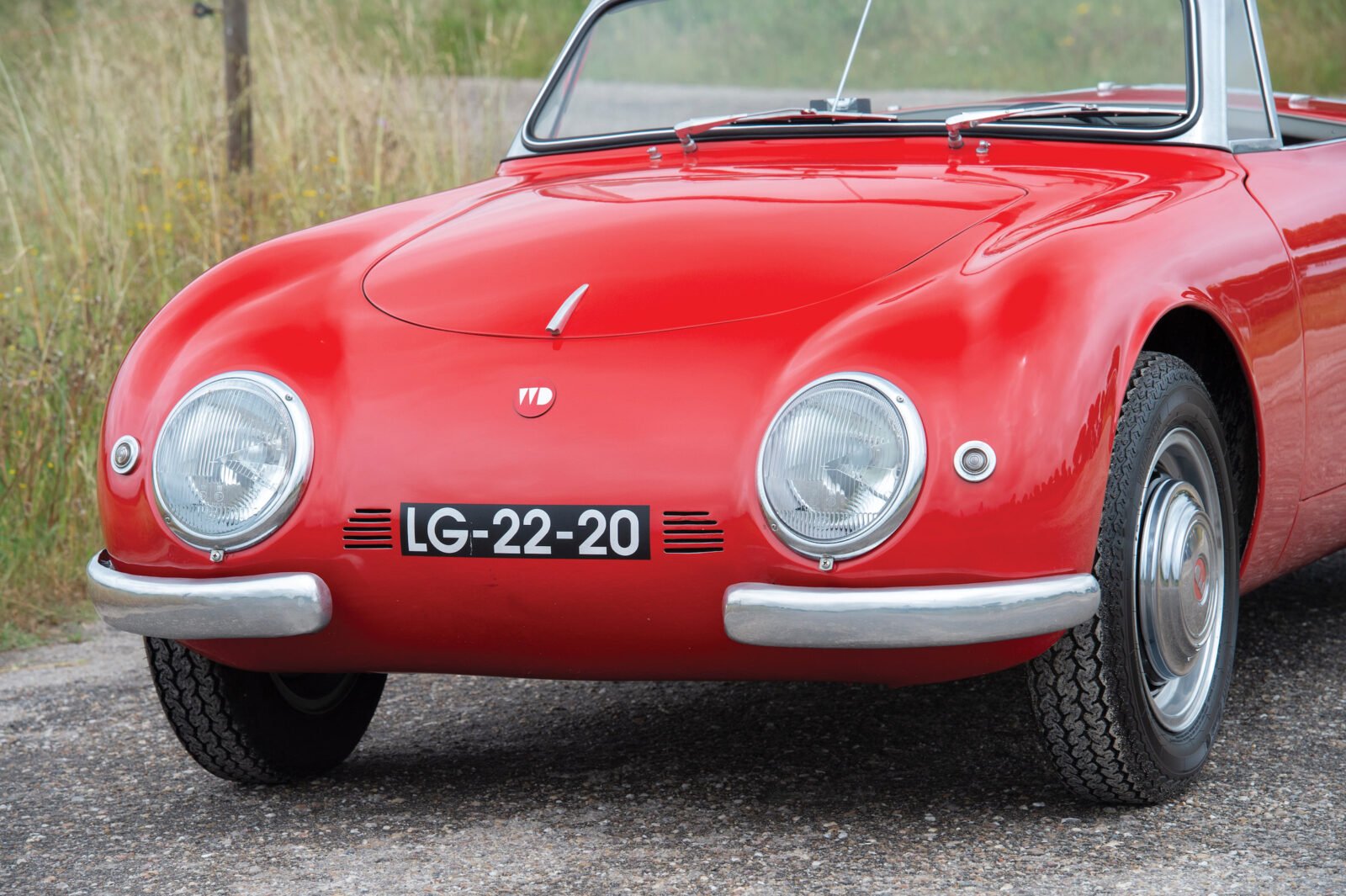 By the late 1940s he was producing his own bespoke metal bodies using VW engines and running gear, oftentimes his vehicles would find themselves competing with rather similar automobiles made by another Austrian company with close ties to Volkswagen named “Porsche“.

Although these early cars are often lifted as having Volkswagen engines it’s important to note that very little of the original VW actually remained original save for the crankcase. Denzel’s cars made use of new crankshafts, connecting rods, pistons, and cylinders, with modified heads and bespoke exhaust systems. 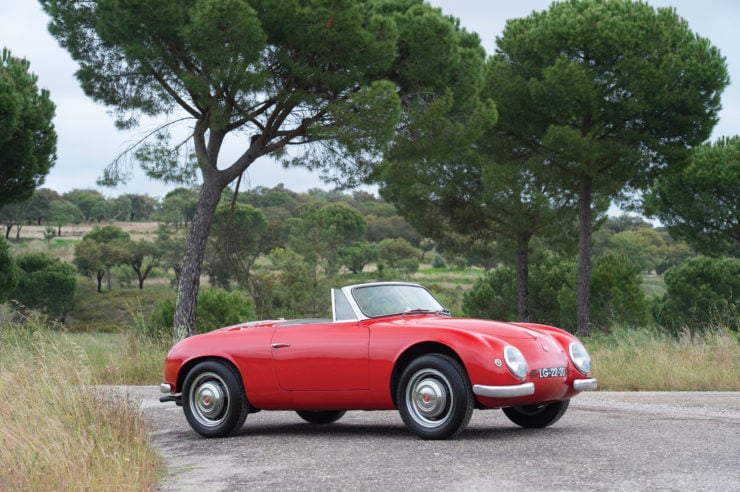 Initially these cars were badged “WD” after “Wolfgang Denzel”, however this name was changed in 1957 to just “Denzel” for improved name recognition. Due to the close relationship between VW and Porsche, the supply of VW chassis was cut off for Denzel and the company switched to their own in-house developed twin box-section steel chassis with a lightweight aluminum body.

The heavily reworked Denzel-VW flat-4, air-cooled motors were capable 65 to 70 bhp, considerably more than the (approximate) 29 bhp of the original VW engine. When combined with the exceptionally light 580 kg (1278 lb) kerb weight the WD / Denzel was a spritely performer that often bested Porsches and many other far more famous marques in races.

In 1954 a WD / Denzel took the outright win at the Coupe des Alpes Rally (the Alpine Rally) running a 1300 Super Sport version of the modified VW engine, impressively it was Wolfgang Denzel himself at the wheel driving.

In this same race Stirling Moss came in a distant 10th place in his Sunbeam Alpine. In the same year another Denzel finished a very respectable 12th overall and 6th in class at the 12 Hours of Sebring with American drivers Richard Toland and Charles Devaney taking turns behind the wheel, completing 142 laps and also making use of the 1300 Super Sport engine. 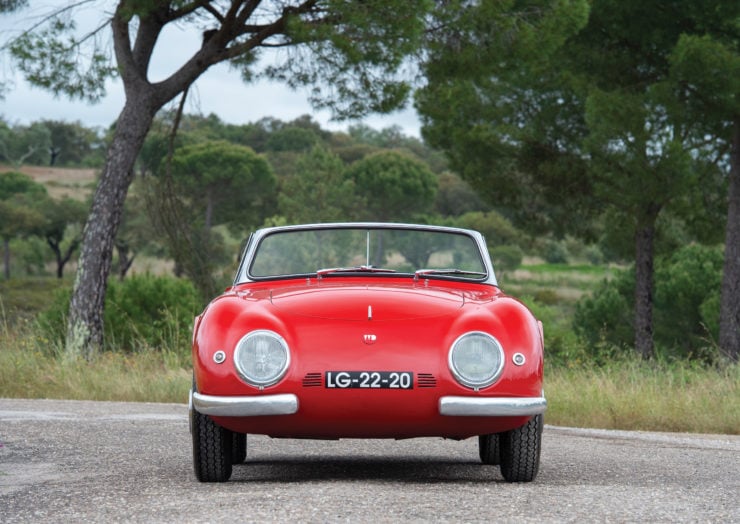 Automobile production was ended at Denzel in 1959 after approximately 300 vehicles had been built, costs were too high for a small-scale manufacturer. The majority of the company’s revenue by this stage was coming from Wolfgang Denzel AG which had grown to become one of the largest automobile importers in Austria, and it remains so to this day.

No one is exactly sure how many Denzels have survived to the modern day, but approximately 30 examples of the WD Denzel 1300 are known to remain, making the car considerably rarer than the Porsche 356-based race cars it used to compete against.

Although they’re not well-known today, the Denzel remains a beloved marque to many interested in automotive history.

The company’s obvious similarities to both VW and Porsche combined with its own unique character ensure there’s always a lot of interest when one comes up for sale, and the familiar but unknown appearance of the model shown here has been known to gather curious crowds at motor shows and historic races. 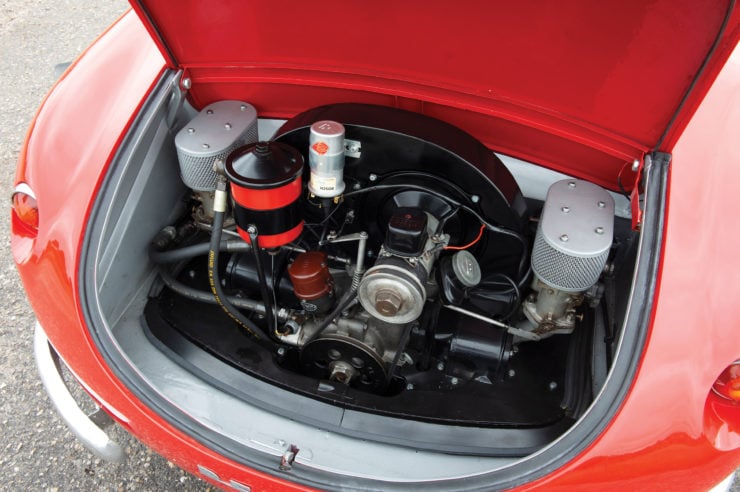 The WD Denzel 1300 you see here is quite a special car, it was essentially built by the factory twice, initially as a 1500cc model with the earlier body type and later as the more powerful 1300 Super Sport version with a new, later style body.

This car’s story starts with a fortunate but unplanned meeting between wealthy Portuguese aristocrat Antonio Guedes Herédia and company founder Wolfgang Denzel. This meeting led to the establishment of Lisbon-based Denzel importer Auto Portuguesa in 1953.

This car was delivered to Herédia personally who used it for races within Portugal, he entered the car in a number of races and rallies, taking a popular 1st in Class in the Rallye a San Pedro de Moel in 1956. 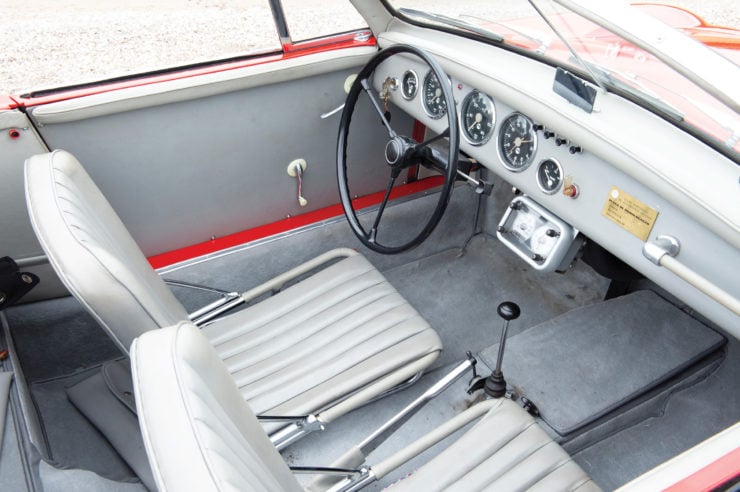 Three years after this in 1959 Herédia sent his Denzel back to the factory in Vienna for a significant series of upgrades. It would be fitted with the uprated and improved newer body as well as the more potent 1300cc Super Sport engine coupled to an oil cooler to help the car better cope with hot Portuguese summers.

A removable hardtop was also fitted, though it’s not known if this was to aid aerodynamics on the track or if it was to make the car more practical for non-racing use.

In 2012 the car was sent to Lisboan classic car specialist Joao Teves Costa for a full restoration, after which it was shown at the 2014 Cascais Concours d’Elegance. The car remains in excellent condition today, still fitted with its correct body and engine, and it’s due to roll across the auction block with RM Sotheby’s at the Sáragga Collection Auction on September 20th. 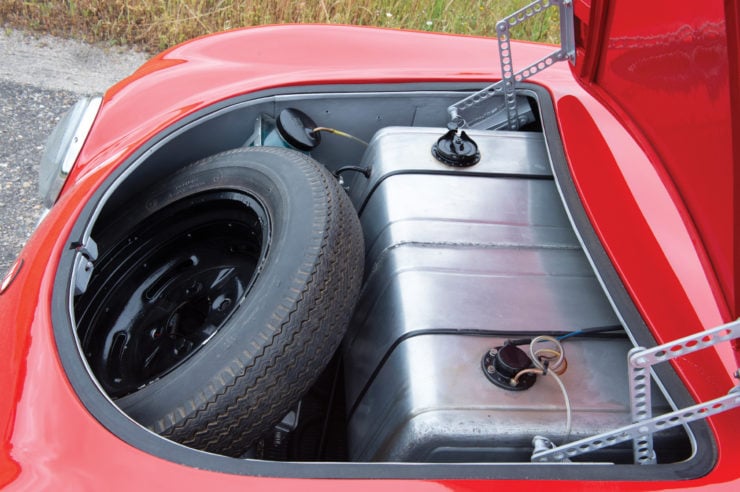 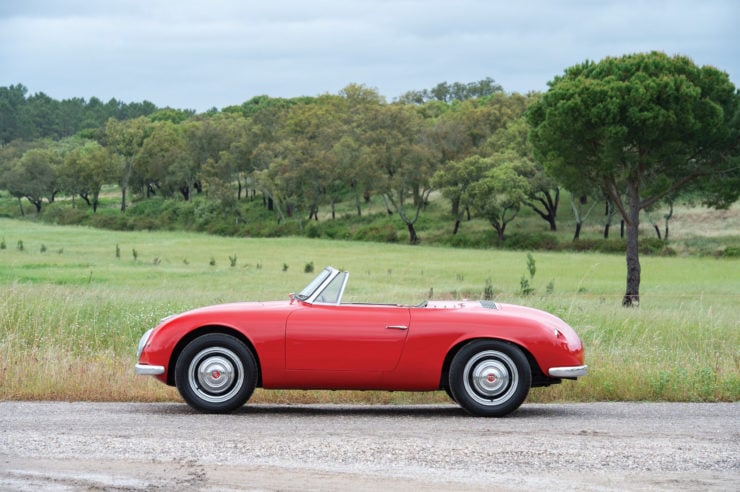 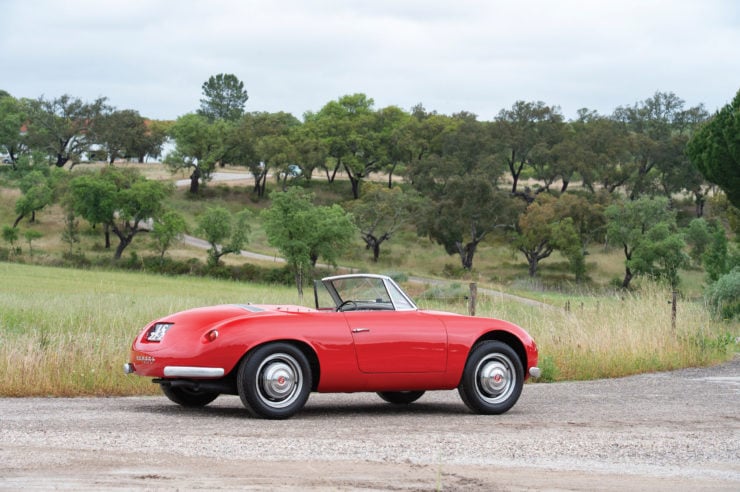 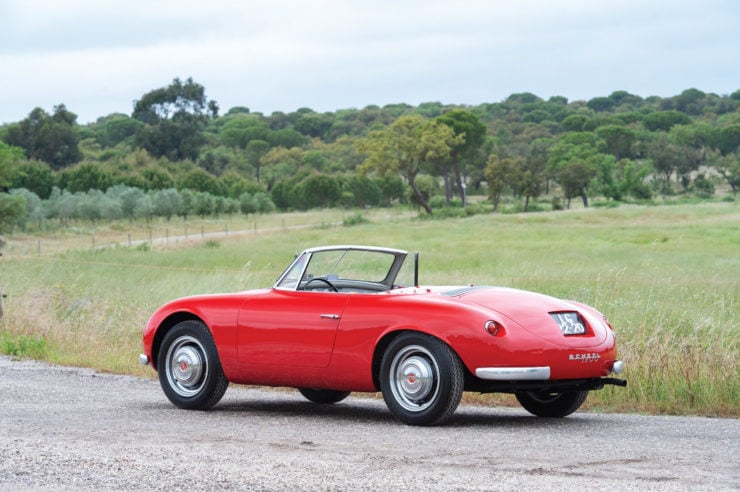 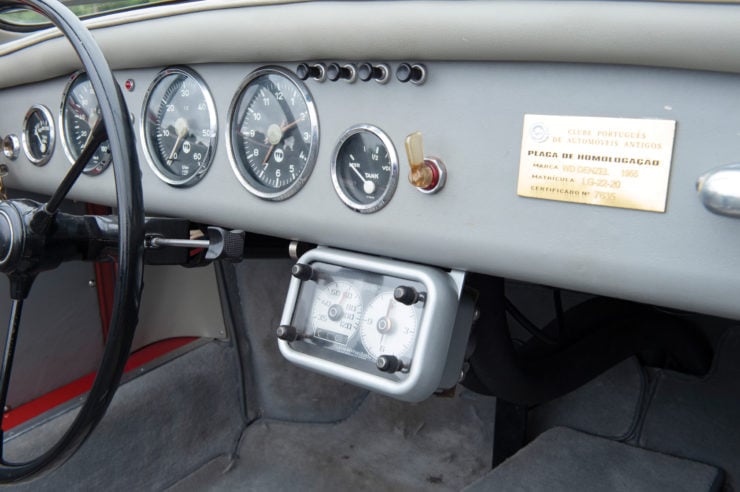 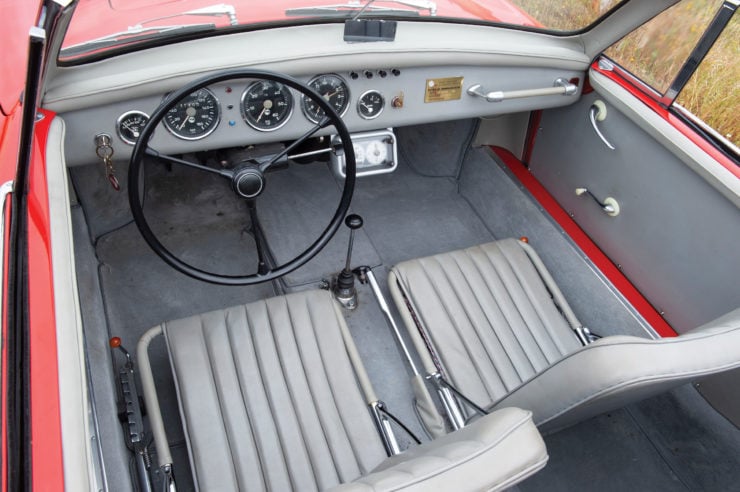 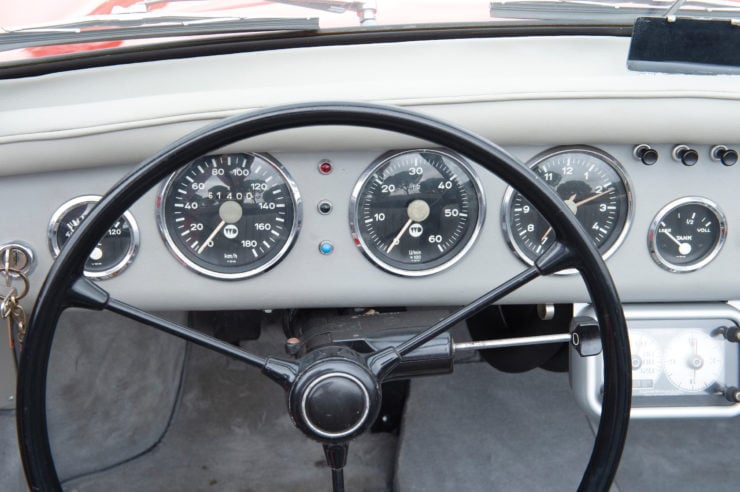 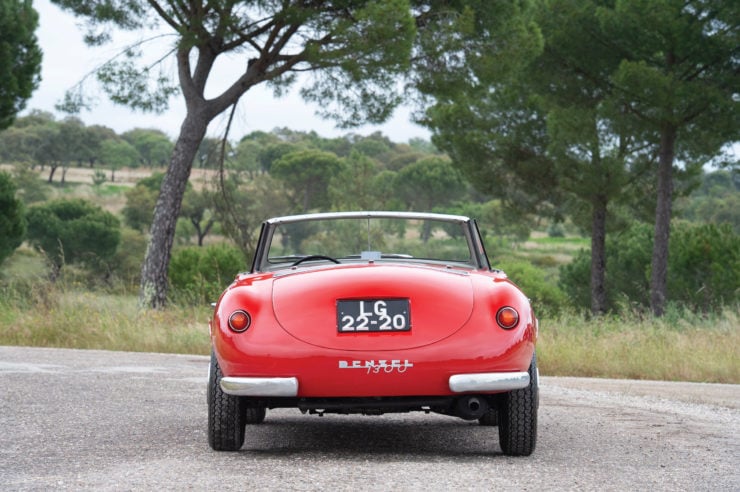 Black and White Images: Courtesy of the Edições Vintage Archive 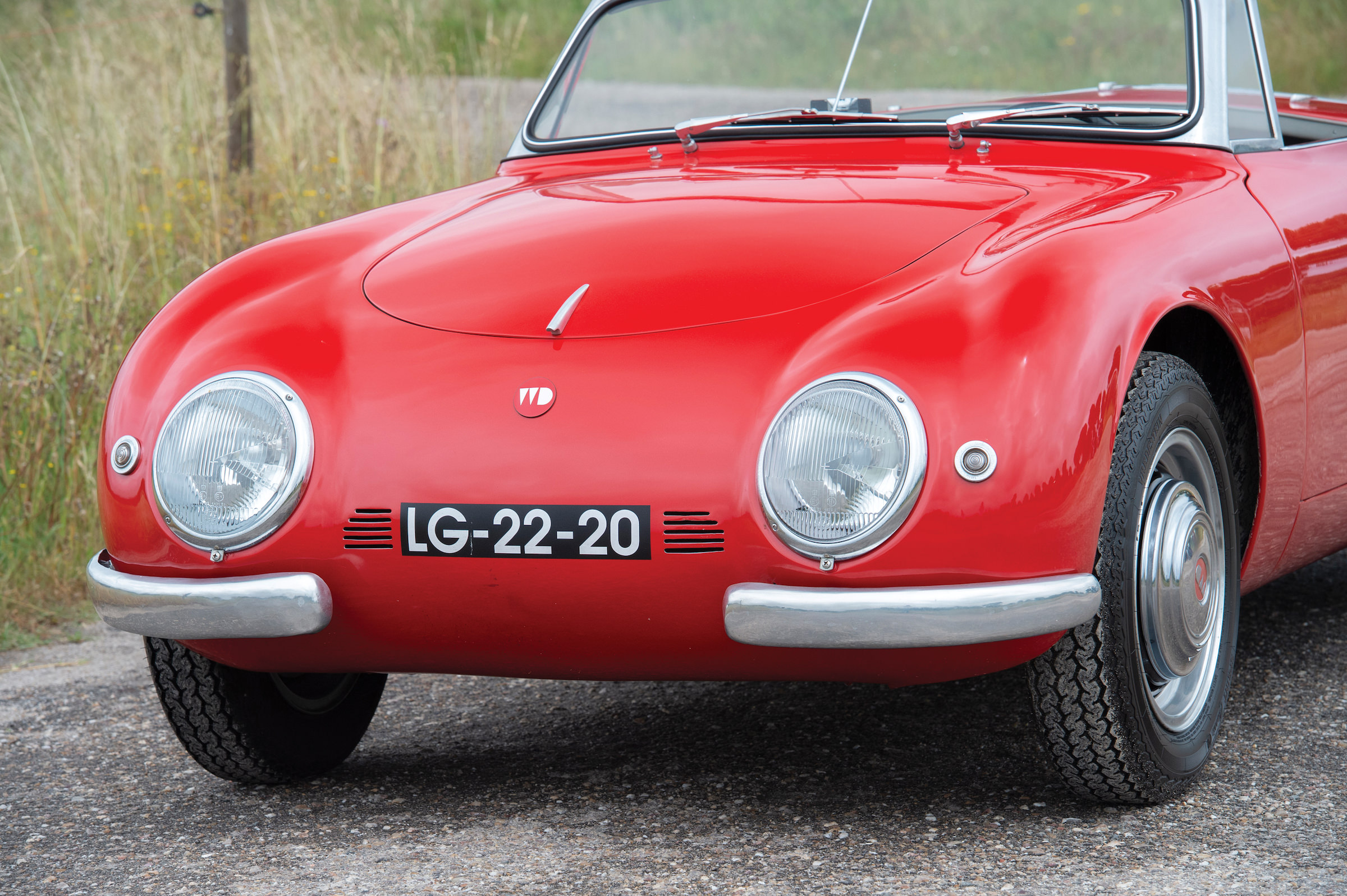