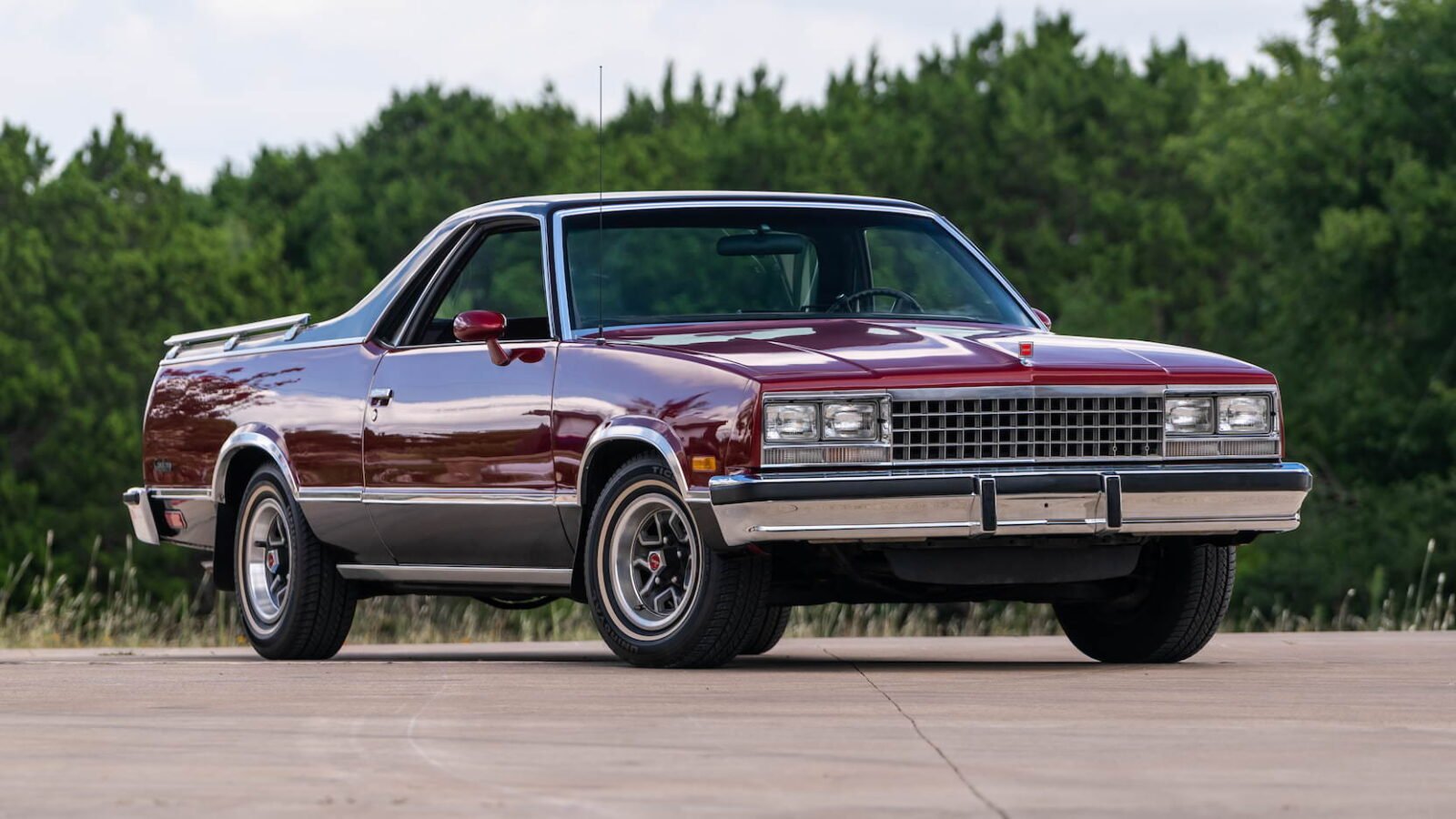 The GMC Caballero is the far less famous sibling of the iconic Chevrolet El Camino, Caballero sales were tiny compared to El Camino sales, but this has caused a signifiant uptick in interest around the less well known GMC utility and good examples are now highly sought after.

The Caballero was unveiled in 1977 as the direct replacement for the GMC Sprint, both cars were identical to the El Camino in many ways, and most people have trouble telling the difference from a few paces.

As with the El Camino, the Caballero shares the same A-body platform as the Chevrolet Malibu before switching to the G-body platform from 1982 onwards. The word “Caballero” is Spanish for “gentleman” or “knight”, a response to the use of the Spanish term El Camino by Chevrolet, which is a reference to El Camino Real or the the “King’s Road”. 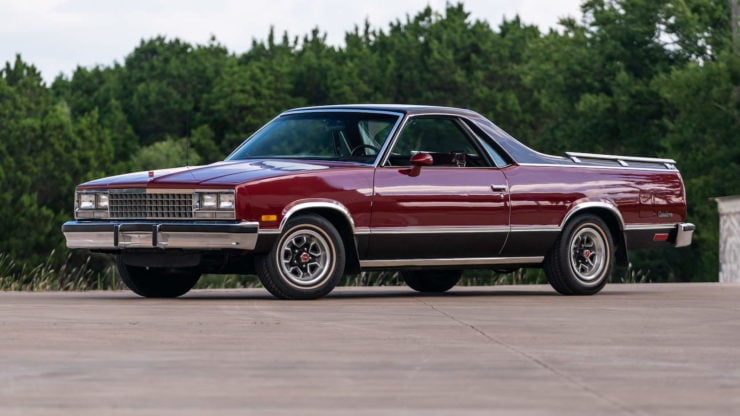 The Caballero was mostly sold by GMC Truck dealers primarily in the United States and Canada as a rear-wheel-drive car-based pickup alternative to a standard small to medium sized pick up truck.

Production of the Caballero ran from 1977 to 1987, sales were never particularly strong and the final year of production saw just 1,882 units sold. 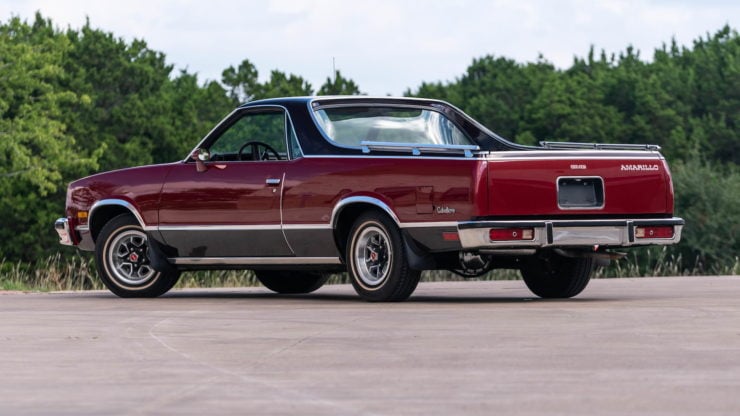 Interestingly the nicely presented GMC Caballero you see here used to belong to Mike Joy, the lap-by-lap voice of Fox Sports’ coverage of NASCAR, Velocity/Discovery Channel’s expert analyst for their coverage of collector car auctions, and he’s also been part of the live broadcast of 40 Daytona 500s and counting.

This Caballero is equipped with the Amarillo package and it’s fitted with air conditioning, power windows and locks, extra gauges, the 305 cu. in. V8 engine and the 3-speed automatic transmission.

The car is offered in largely original condition showing its original two-tone black/red paintwork, original factory wheels, and a reconditioned engine bay. The interior shows two plush seats with some room for a little luggage behind, there’s a column-shifter for the automatic transmission, a centre armrest, and three-point safety belts.

Original, unmodified examples like this don’t come up for sale all the often, these cars went through a period of many years when they weren’t considered particularly collectible, and many ended up either rusting out or rotting in junkyards.

This one will be crossing the auction block with Mecum in Dallas in the first week of September. It’s being offered with no reserve, and there’s currently no value estimate attached to it. If you’d like to read more or register to bid you can click here to visit the listing. 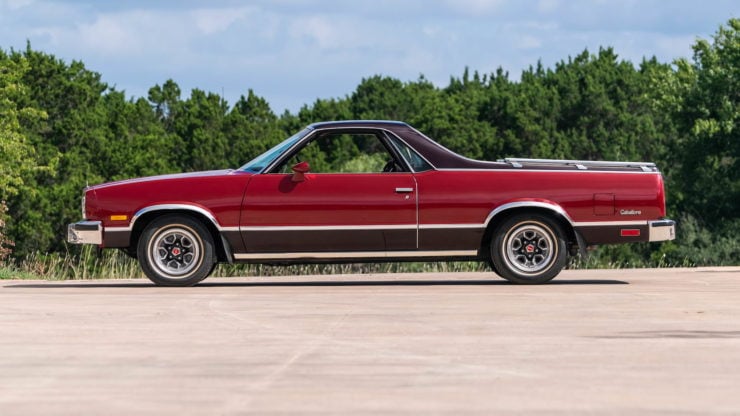 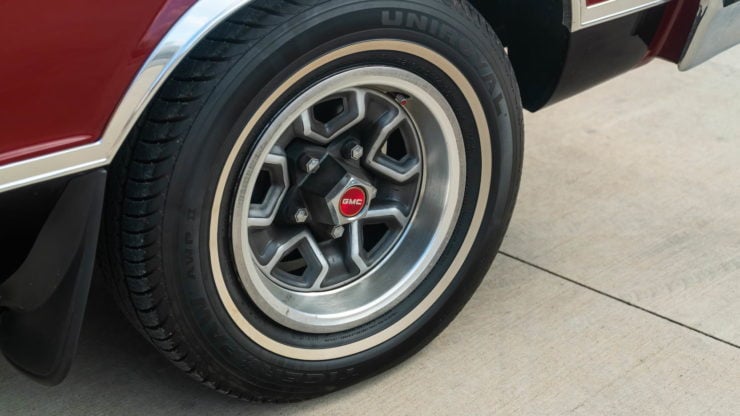 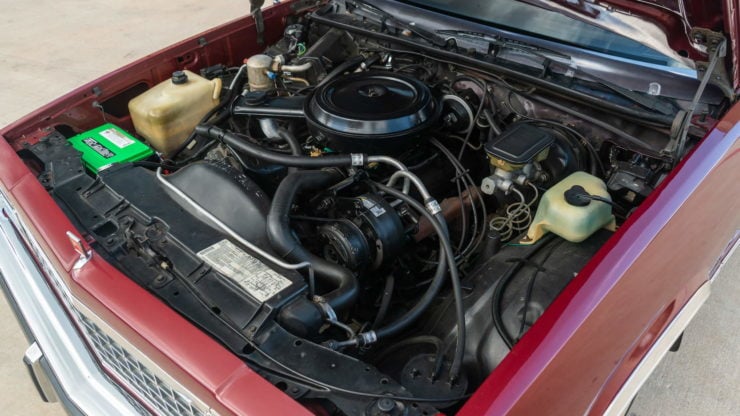 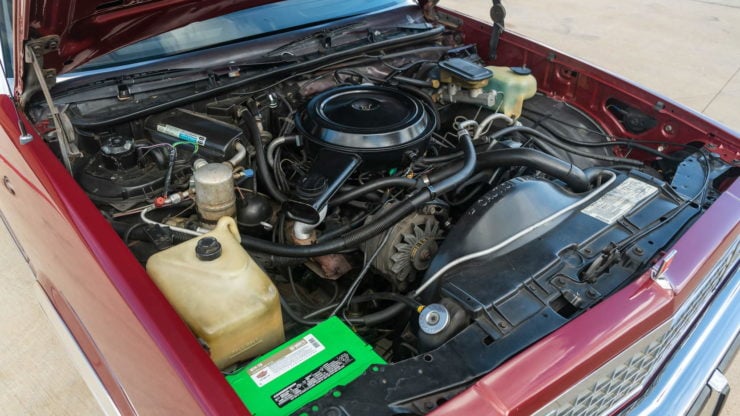 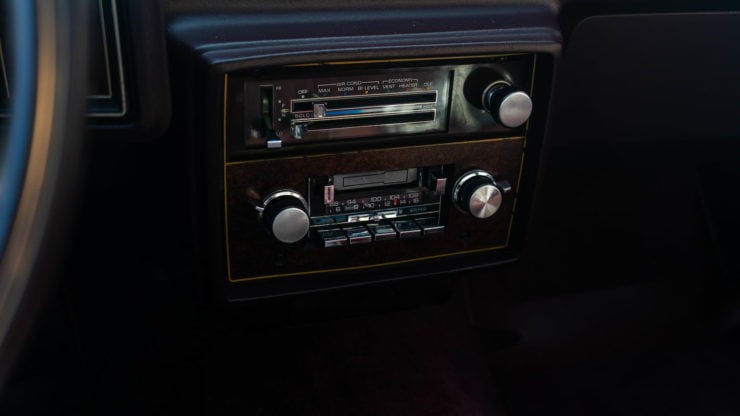 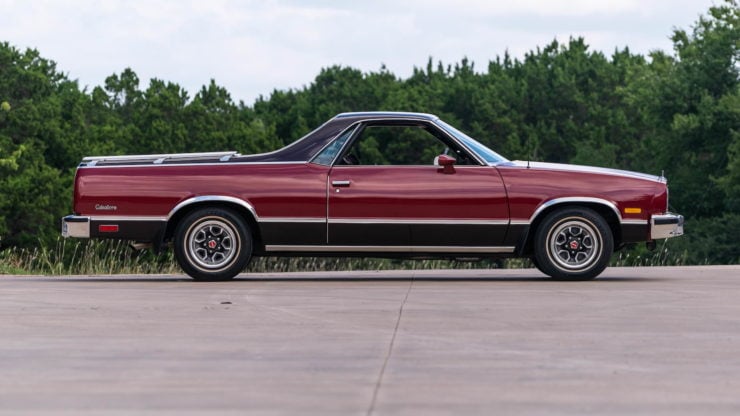 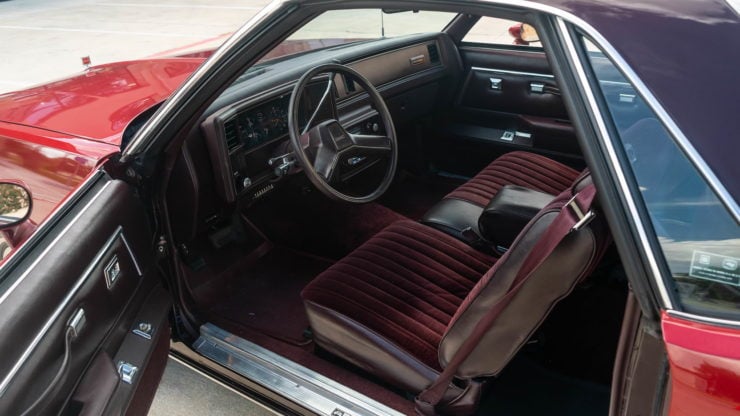 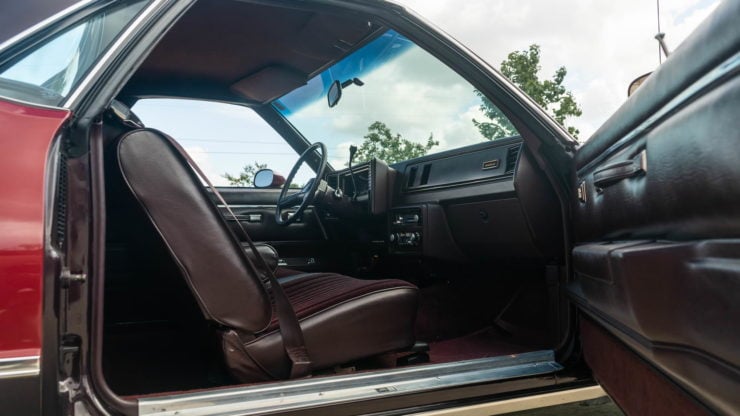 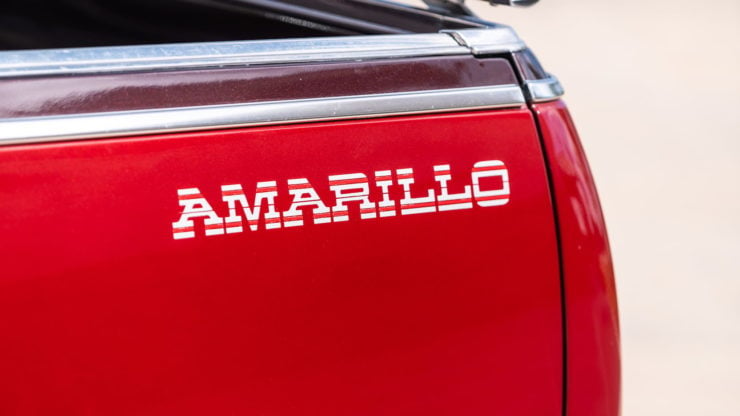 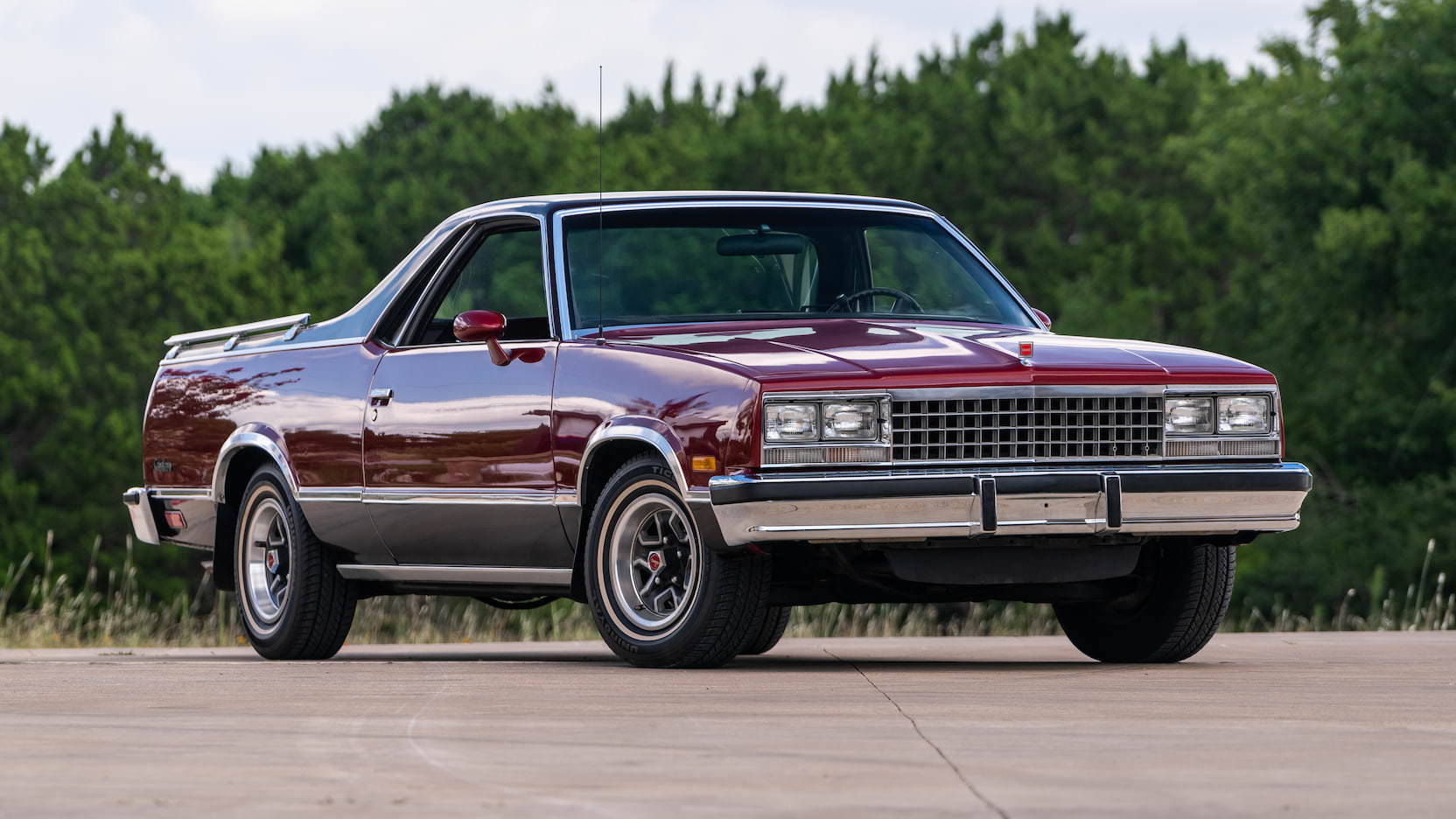